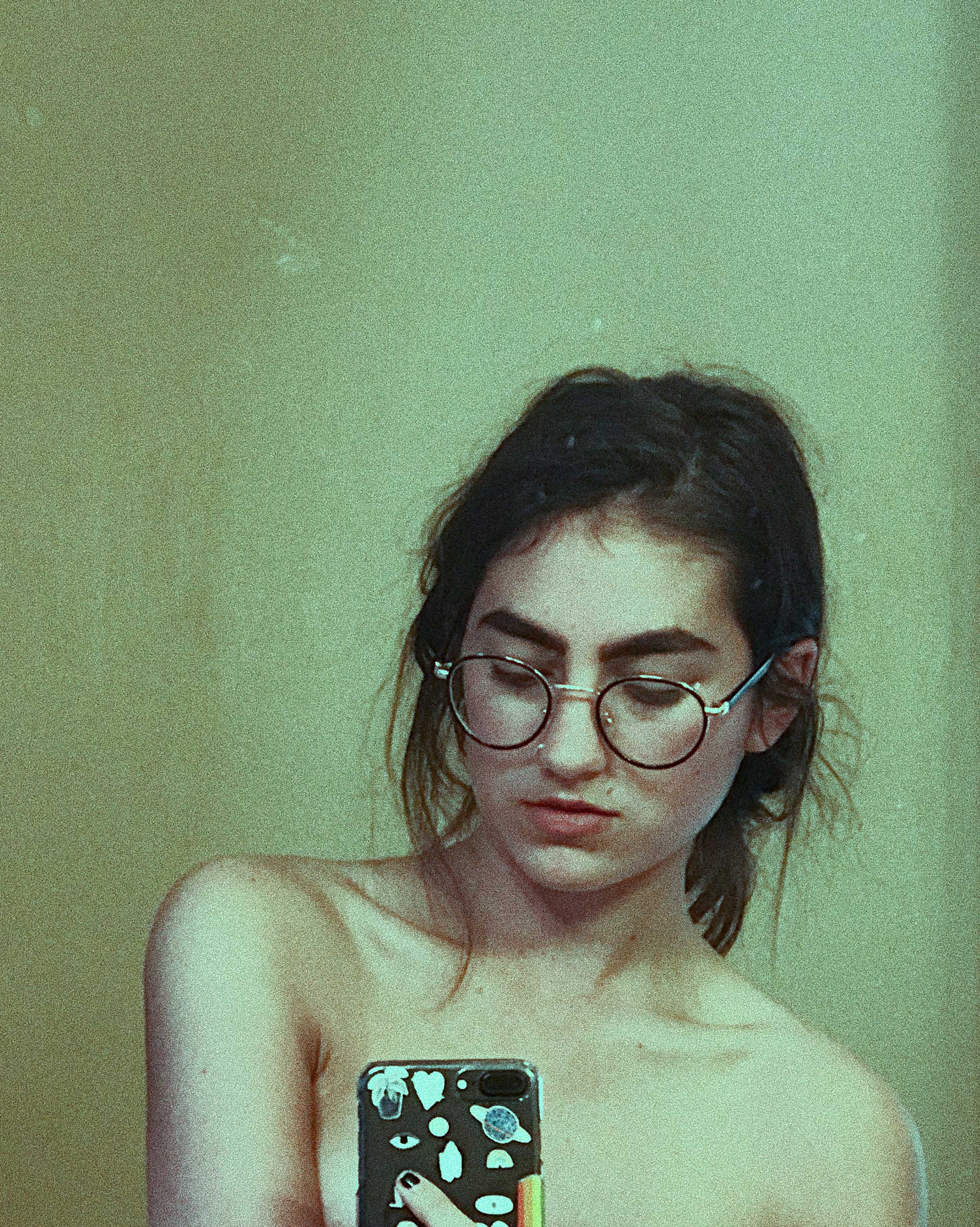 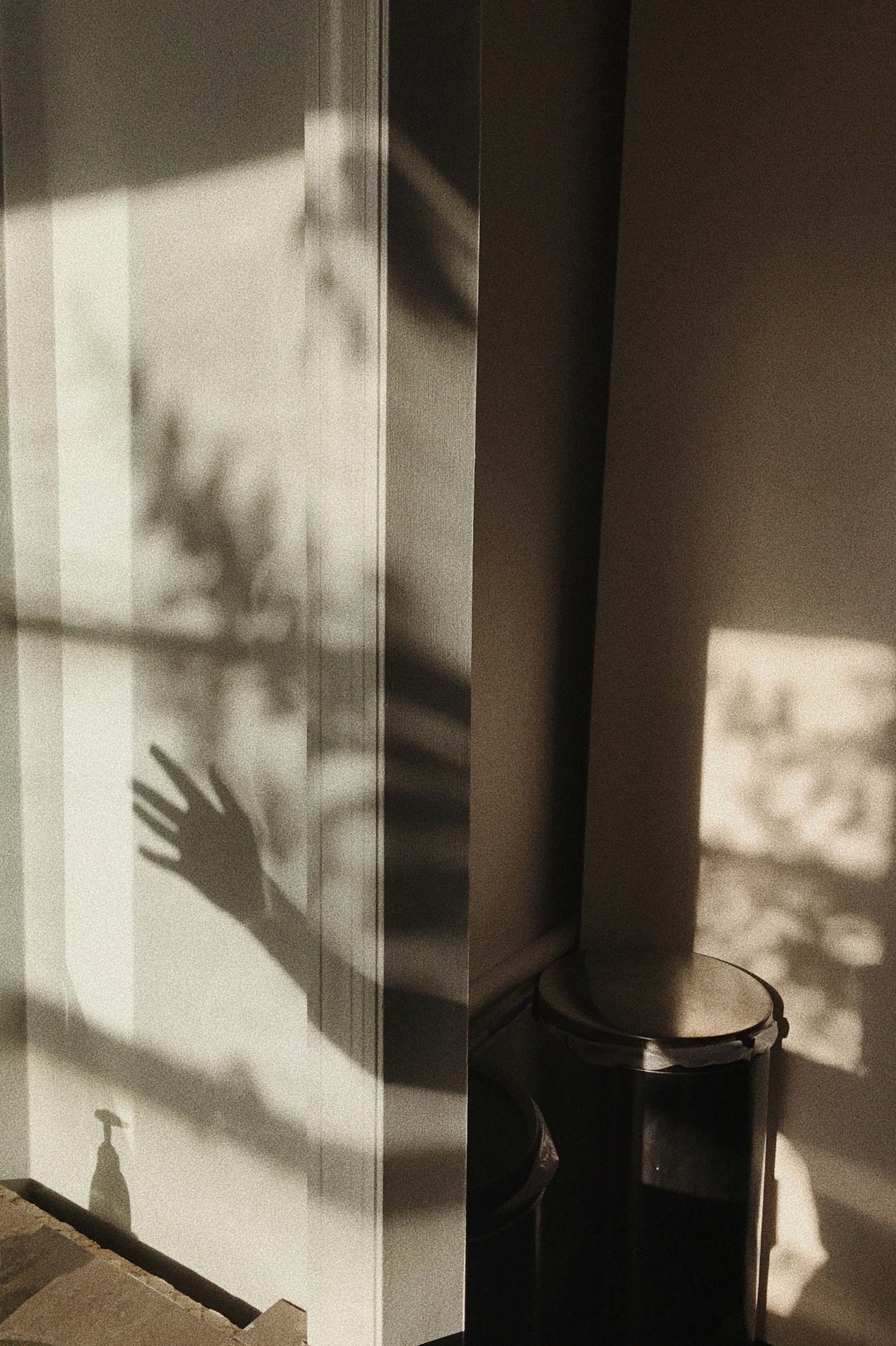 Macey Bishop is a contributing photographer to ID, by the VSCO community, on view starting September 18 as part of ICP's ongoing series Projected.
Interview
Wesley Verhoeve
Image by Macey Bishop

Wesley Verhoeve: As one of the contributing photographers of the ID series, can you share your views on expressing identity through photography online? Is it something you consciously engage in or does it simply happen? Is your identity as an individual the focus of most of your images?

Macey Bishop: As a person that exists in many different “categories”—lesbian, Latinx, cis-womxn, poor—I have struggled to use language to express my identity. Historically, language has been used to invalidate people that are not a part of the majority. Because of this, I have felt uncomfortable listing off these labels for myself that have negative connotations. Unconsciously, I turned to taking photos as a way to legitimize my experiences and make them visible. When I began enjoying photography, I never took photos of myself because, sadly, I thought that was narcissistic or even unartistic. But as I have grown into who I am now, and as I have grown to love myself, I have found that using myself as a subject can be a small act of liberation, and even one of defiance against those that delegitimize my identities. Platforms like VSCO have been so important to me because they allow me to make art as it feels good to me: without searching for the approval of others, but rather creating a community within that expression of identity through photos. Additionally, I think that when someone doesn’t see themselves represented in media, focusing their images on themselves can allow them to be represented. I know that personally, I have become more comfortable in my own skin because I have photos of myself, or photos that express myself, in a public space.

WV: What are your thoughts on expressing your individual identity versus expressing your identity as part of one or multiple groups you consider yourself part of? Do those go hand in hand usually, or have you done work that focuses on one or the other?

MB: Being an individual while being a member of multiple groups is something I have struggled with. It’s hard because I have found so much love and light in these groups that I identify with, but also at times I feel like a flesh ball that doesn’t belong anywhere floating through the world—if that makes sense. Even though I do have issues with the exclusionary tendencies of groups, I also know that the intention is the complete opposite. When it comes to my work, I feel like a baby artist that hasn’t actually made very many things. I am just starting to explore what I want my work to be and what kind of things I want to make.

I definitely think that in the past my work has been mainly about my individual identity because I needed to understand what that was before I could look around at other people. Now that I am comfortable expressing my individuality through photos and other mediums, I am making a conscious effort to make my work accessible. I hope that a lot of people can relate to my work, particularly those in the groups I identify with, but I also recognize that I am one of many humxns, and I can only speak for myself. That’s why art accessibility is so important. So that no one is speaking for another person and therefor taking their voice away.

WV: How do you see your role as an artist and photographer in today’s society? What do you hope to accomplish through your work? Has this changed at all since last year's election?

MB: I just want to make honest work that is accessible and works toward creating just, inclusive, and equitable spaces that collapse hierarchies and binaries. Since I have only recently begun to share my work publicly, right now I view my role as encouraging others to make art and speaking up for marginalized humxns when I do have the platform. The thought of having a platform actually kind of terrifies me. I don’t have it all figured out in the slightest, but I guess this is a platform...funny how that works.

I don’t even know where to begin with the election. It definitely caused me to create those hopes for my work that I mentioned. Although I fear for myself under the current administration, I am still fairly safe. The pain and aimlessness I have felt this past year has caused me to be more diligent in using the voice that I have due to my safety and privilege, while also working to raise up other’s voices who are affected by the administration in different ways. Sometimes in times of such darkness art feels futile, but I believe it is of utmost importance now than ever before.

WV: Are there photographers you look at for inspiration when it comes to work that revolves around personal stories and identity? Can you share one or more with us and tell us how their work has inspired yours.

MB: I find inspiration in an endless amount of people! The first is my sister, Lennox Bishop. She has always been an unapologetic force of love in my life. Her photography is beautiful, convicting, undisguised, complex, and everything I need when I feel like I am in a rut. Her work never presents itself as too impressive to allow others to create as well. Sometimes I see someone's work and I think that it’s far beyond anything I can make so I just stop trying. Somehow Lennox’s photos do just the opposite, they create more space. I am forever in awe of the humxn she is.

I am also inspired by Kelly Johnson, who somehow manages to encourage me through her work without (usually) saying anything. The colors and lines she captures are astounding. Kiele Twarowski, who was one of the first people I saw post photos of themselves crying. Her vulnerability is comforting to say the least. On top of that, her photos are like a hazy dream that I look at any time I want to feel warm inside. Azha Luckman, who is a black womxn that makes film look like magic and brings out the beautiful intricacies in every humxn she photographs. And finally, Chella Man, who has been documenting his transition as a deaf person and bringing a narrative to the public that is often erased.

There are so many more but those are a few that are on my mind right now. I realized while thinking over this question that I look to my friends for inspiration more than photographers. There are a few people in my life right now that inspire me just by the way they move through the world. I think that’s what is special about finding inspiration; it doesn’t need to come from some famous artist, it often comes in conversation and walking to class and dance parties and late-night burritos.

Images from ID, by the VSCO community, will be literally “projected” onto the windows of the ICP Museum from September 18 through 24 as part of ICP’s Projected series. They will be visible from the sidewalk outside the museum and will be most apparent after sunset.

Related Items
News ICP Projected Interview ICP Projected: Amarachi Nwosu Event ICP Projected: Female to “Male” Exhibition GENERATION WEALTH by Lauren Greenfield Interview ICP Projected: Joseph V. Melillo and Sharon...
This website stores cookies on your computer. These cookies are used to collect information about how you interact with our website and allow us to remember you. We use this information in order to improve and customize your browsing experience and for analytics and metrics about our visitors both on this website and other media. To find out more about the cookies we use, see our Privacy Policy.
I Accept I Decline