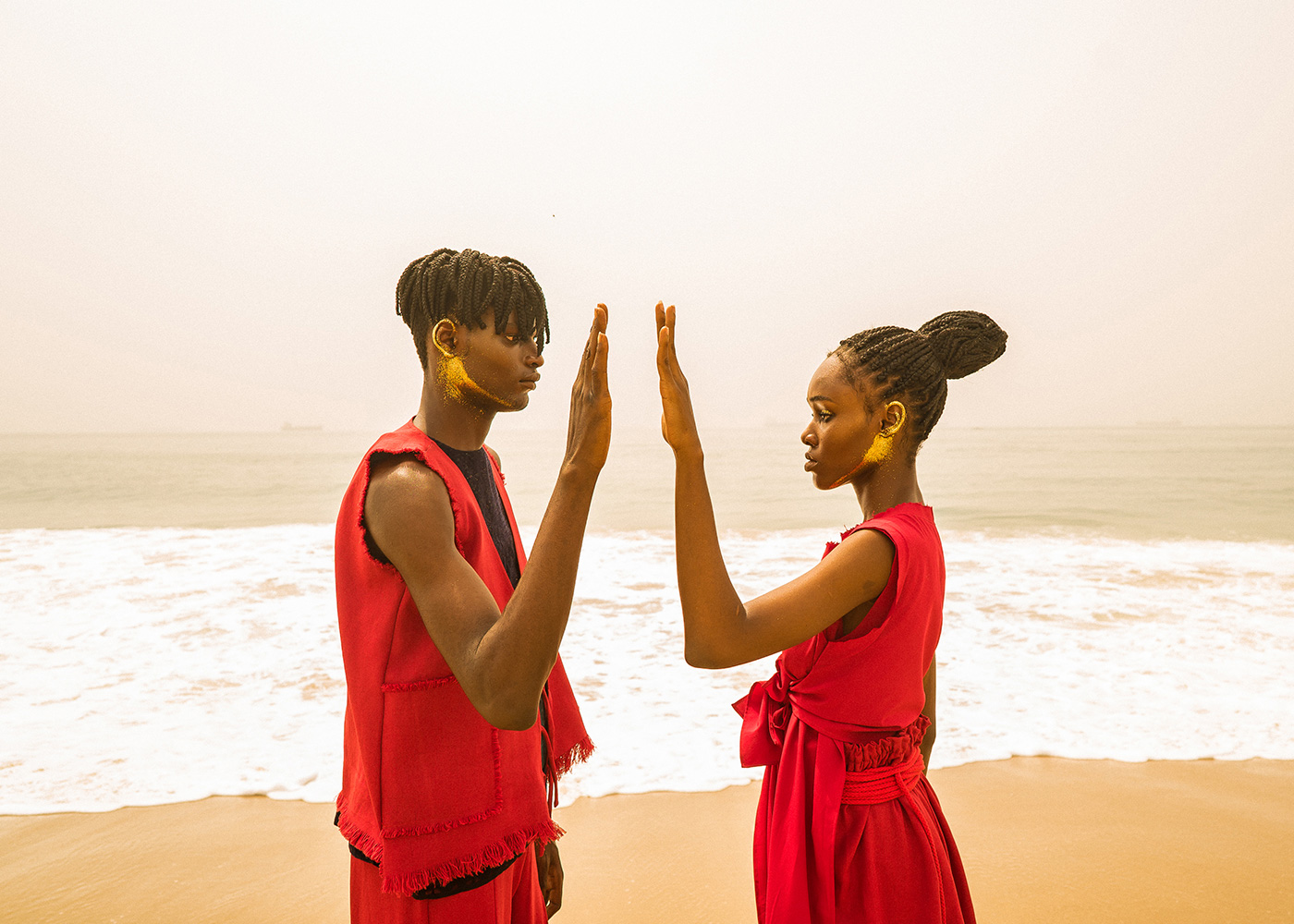 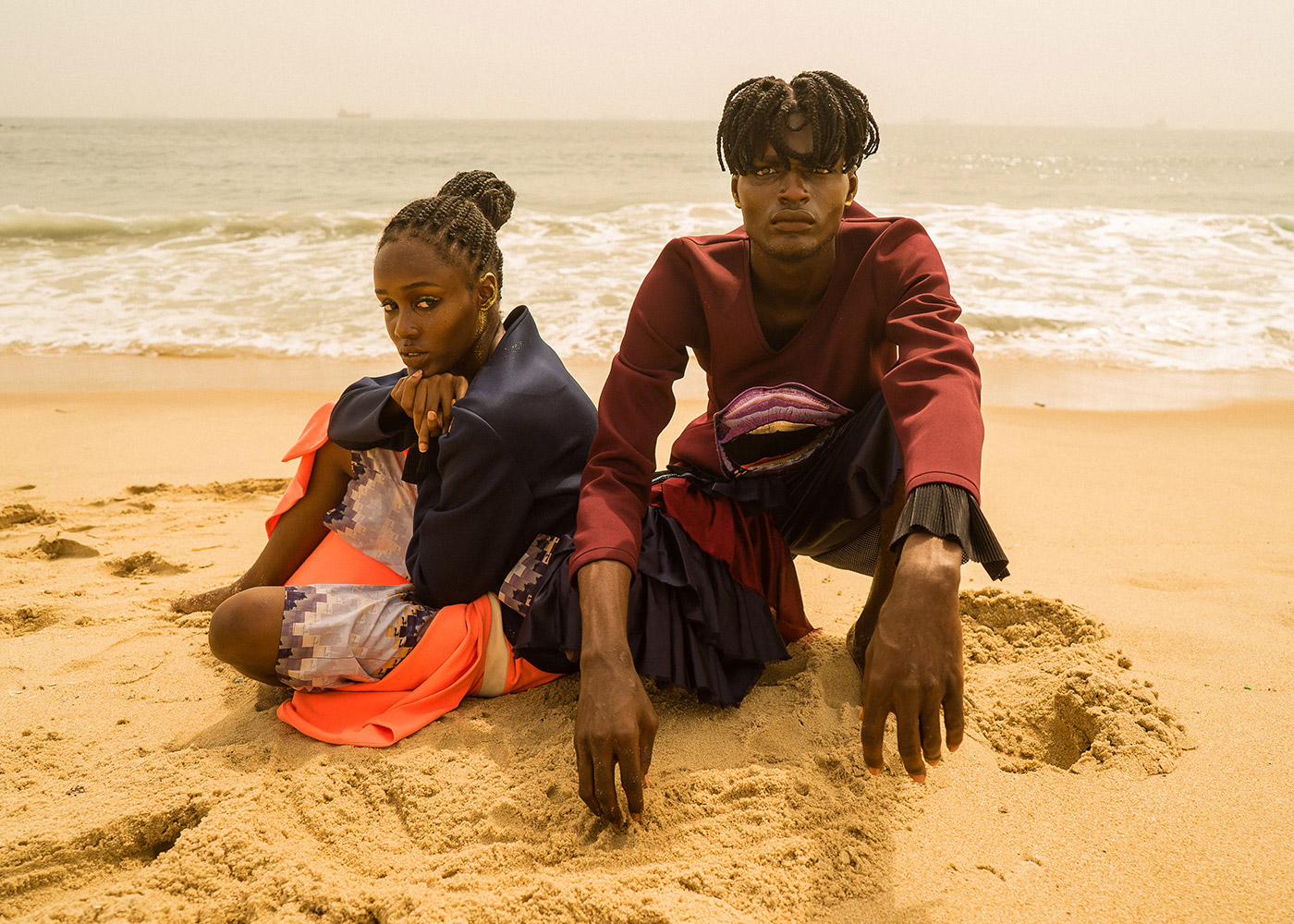 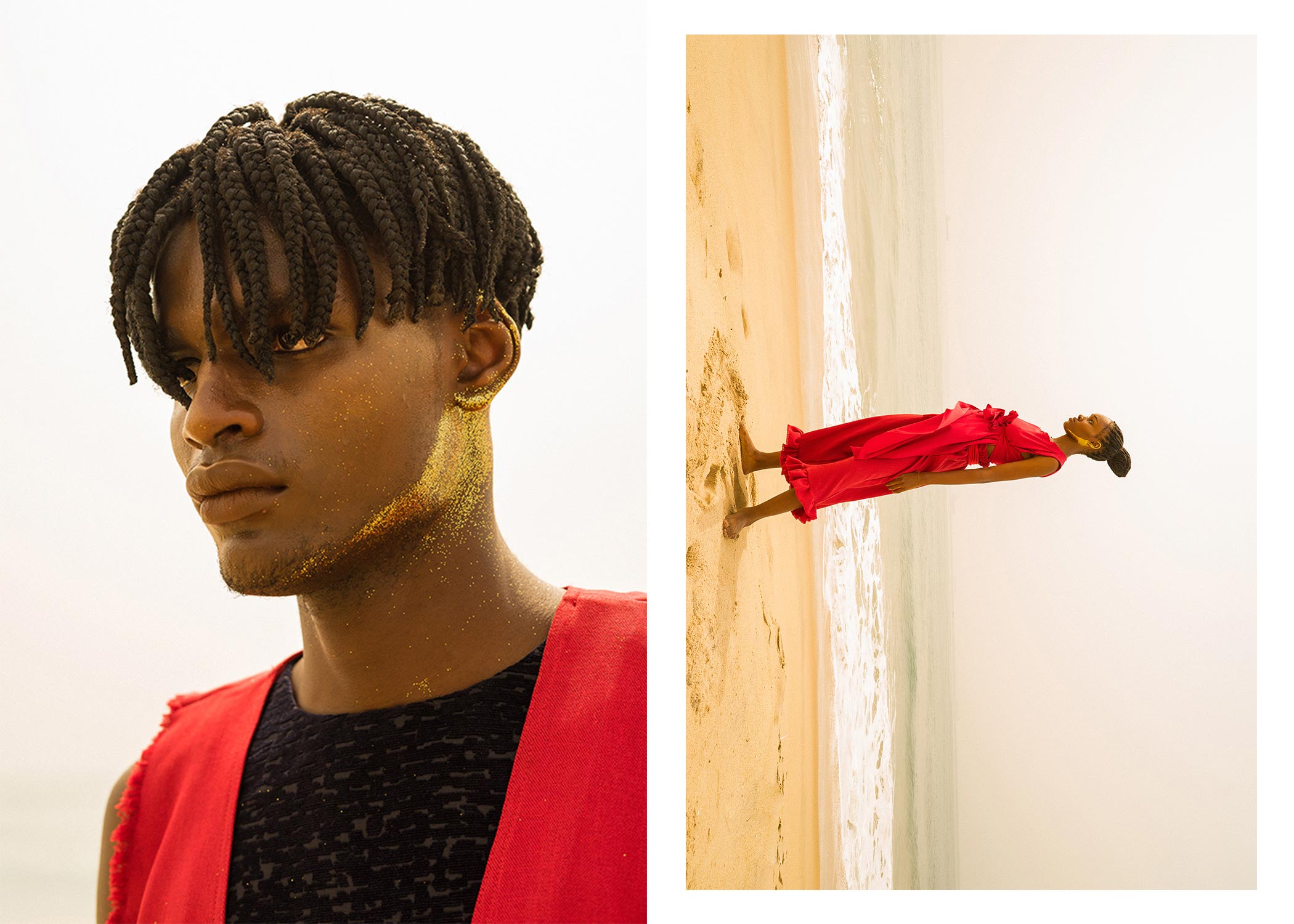 Amarachi Nwosu: I think with every photo that I capture my approach is to document in the most honest and unique way. I like to capture the essence of an environment, so I want to bring the subject alive within the space whether it is in a natural landscape or an urban landscape. Ultimately, each space breeds different energy, so as a result each image has a different energy.

WV: How did the Lagos work that we are featuring as part of Projected come about? Can you tell us a bit about the thoughts behind the work?

AN: I developed the concept with stylist Daniel Obasi. I had been a fan of his work and reached out to him to collaborate. My main goal was to document a man and woman in a seamless setting that allowed them to be the focal point of the images. We ultimately wanted to use the images as a way to blur the gender lines between the male and female models. I feel that growing up in a traditional Nigerian society, there can be a lot of expectations about gender roles that force people into boxes they don't always fit in. I wanted this work to represent the capability of living outside that box and being free. I feel like that is a reality I try to embody everyday.

WV: You are an example of a modern-day kaleidoscope creative, as a photographer who also writes, directs, and works with brands. Do you approach these disciplines each in a different way or are they different feathers of the same bird for you?

AN: I feel that narratives in mainstream media can often be one-dimensional so I am always trying to find ways to counter that notion. Whether through film, writing, or photography, I want to expose new narratives and ways of thinking through my work. My purpose is to dig deeper and tell stories that need to be told.

WV: You are a fresh college graduate, having majored in strategic communications at Temple University. Did you consider going to art school? Did you consciously decide to be self-taught in photography and your other creative exploits, or did you not think of it as a career option when deciding on a major?

I always had an interest in visual storytelling; it was very natural to me. However, when I was younger I didn't feel that being an artist was a “secure” career path because growing up in a Nigerian household, pursuing creative industries is not encouraged. Instead, you’re often told to be a lawyer or doctor, so I knew that convincing my mom to let me go to art school was not really an option.

Instead I chose international communications because I knew that I was a good communicator and could connect with people from different backgrounds. Later on, I realized that I could do that though my art, and I used YouTube and other resources as a way to take my art to the next level. In the end, I’m happy I was self-taught because it made me hungrier and more passionate about improving. When my family saw that passion, they stopped questioning my path; they are now my biggest supporters.

WV: On social media, you post about creative work in addition to advice for other creatives. What made you start sharing the latter on social media and what kind of feedback have you received from that? Has there been a particular piece of wisdom that you’ve shared that seems to have resonated the most? Do you have anyone in particular in mind when you write these kinds of tweets?

AN: I have written motivational pieces over the last few years, but up until the beginning of this year, I did not really share my words with others online. It was the real-life conversations with friends and even strangers that made me feel that my words could actually help and inspire people on a bigger scale.

I started because I needed inspiration myself and used my Twitter account as a way to remind myself, but I also started because of the people out there who are going through similar experiences and frustrations as I am. I want to serve as a reminder that we are all human, but we all have something unique about us that adds value in the world.

I would say the most wide-reaching piece of advice I have given was on Twitter and it got over 75,000 retweets and 130,000 likes. It read: “Six months from now you can be in a completely different space, mentally, spiritually, and financially. Keep working and believing in yourself.” I feel that people give up way too easily because of fear and being out of their comfort zone. However, I feel that those things build character and strength. If you are truly passionate about something, never stop believing in your dream, no matter how hard it gets! The best days are yet to come!

Images from Formless will be literally “projected” onto the windows of the ICP Museum from September 4 through 10 as part of ICP’s Projected series. They will be visible from the sidewalk outside the museum and will be most apparent after sunset.