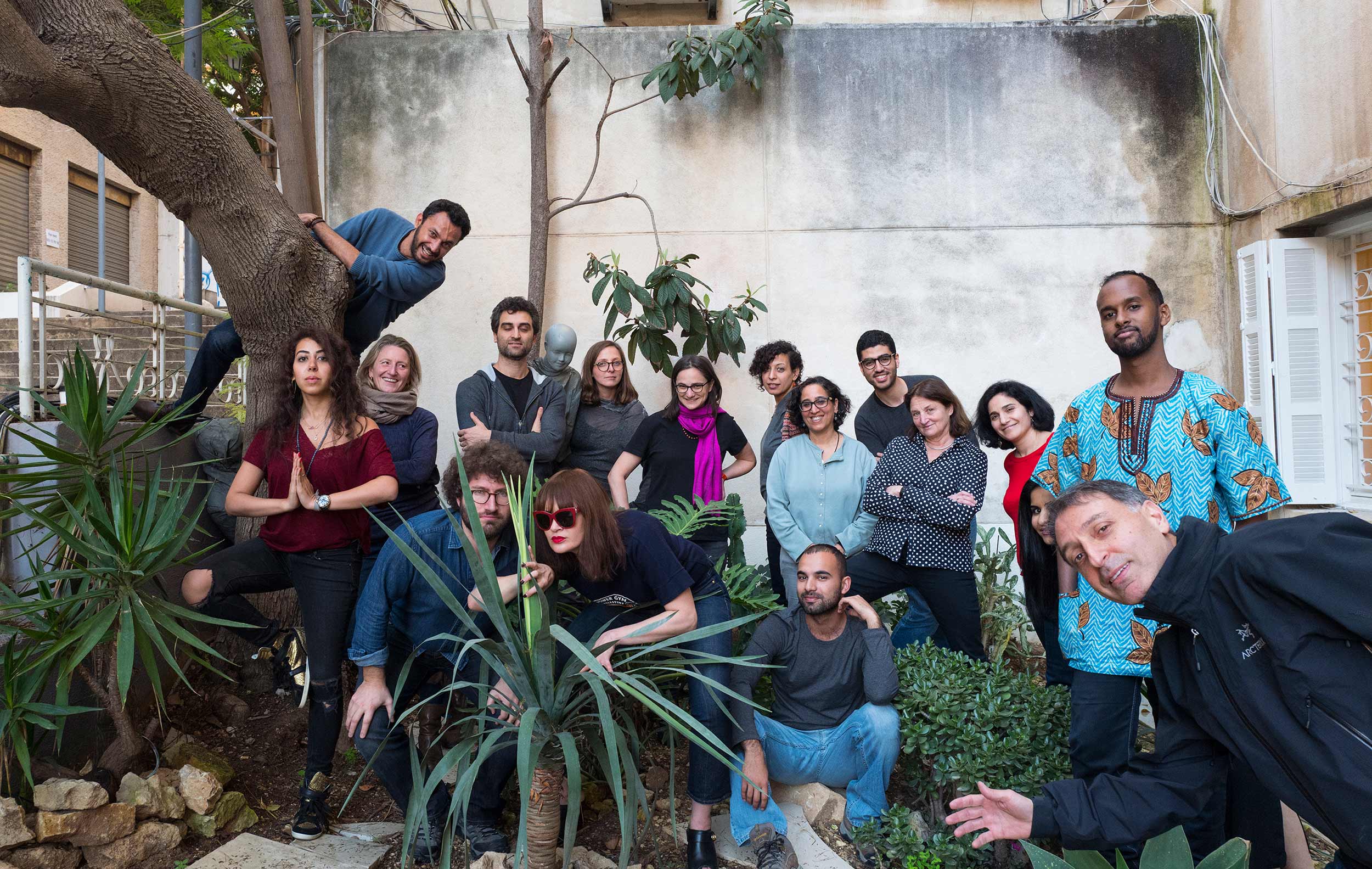 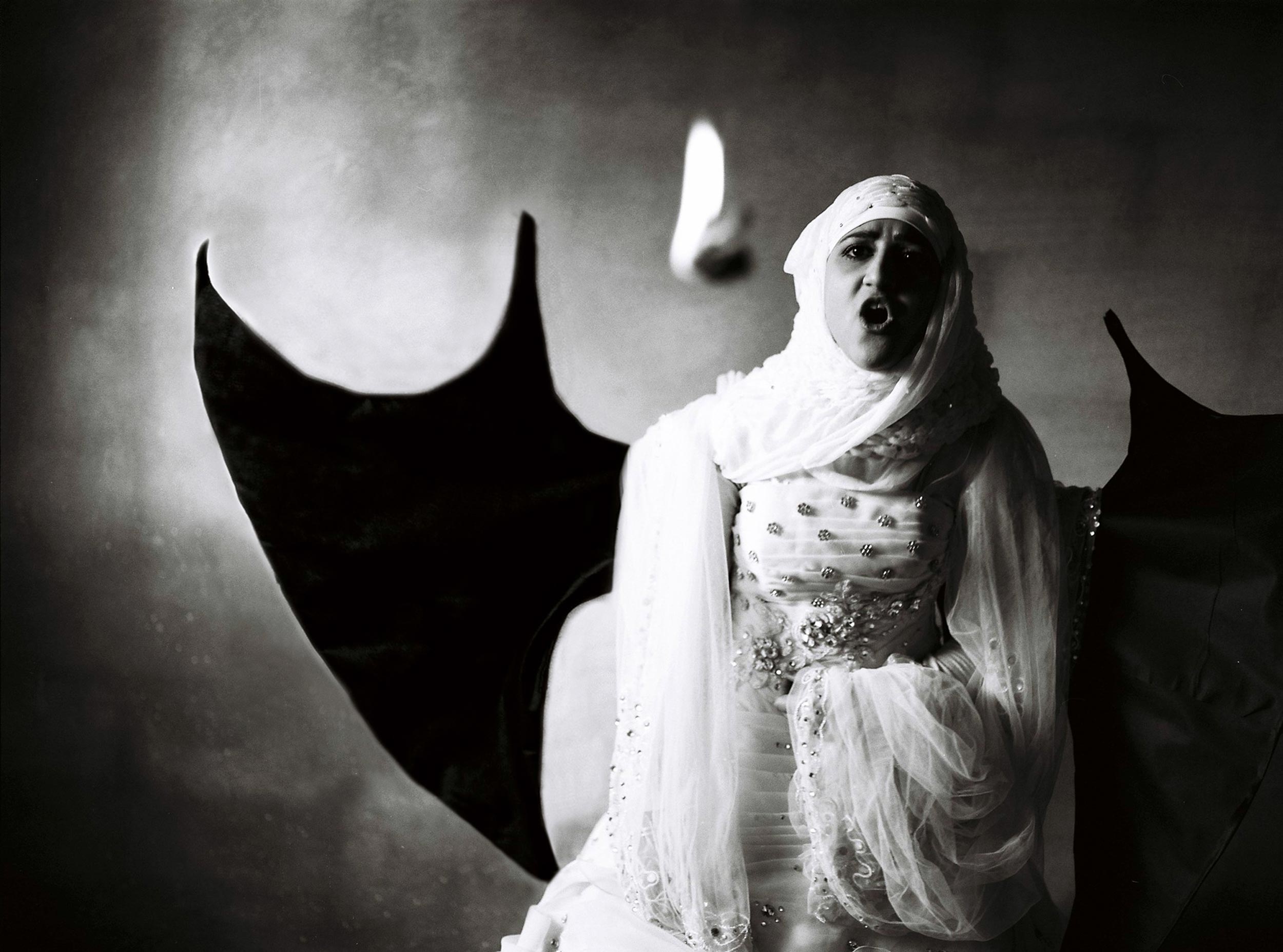 Wesley Verhoeve: The Arab Documentary Photography Program (ADPP) is a collaboration between a Dutch culture non-profit, a Lebanese culture fund, and an American photography non-profit—a rather unique and powerful combination. Can you tell us about how this collaboration came about?

Kristen Lubben: The Magnum Foundation had been experimenting with different models to mentor and train photographers, starting with our Photography and Human Rights Program, which brought together documentary photographers from the Global South for a six-week summer intensive. Through that initiative, we were seeing how many talented imagemakers were addressing social issues from within their own communities. We were looking for the right partner to pilot a new program when Susan Meiselas, photographer and president of the Magnum Foundation, met Oussama Rifahi, then-director of the Arab Fund for Arts and Culture. Susan and Oussama instantly connected and saw the value of collaborating. AFAC, a deep supporter of the arts in the Middle East and North Africa, didn’t have a photography program, but had an established base in Beirut and was well respected in the region. The Magnum Foundation had a strong reputation for pioneering new models for diverse and socially committed documentary practice. Oussama reached out to the Prince Claus Fund, and they enthusiastically embraced the idea as well. Bertan Selim and his colleagues at PCF have become real partners in this process, as has Jessica Murray, the program’s coordinator since its inception.

WV: ADPP focuses on supporting non-stereotypical documentation of social issues in the Arab region. Was this a response to recent political upheaval in the US and across the world?

KL: In its inception, the program was developed primarily with the goal of supporting the creative development of imagemakers working within their own communities. However, given the context, it became a real opportunity to amplify projects that challenge stereotypes about (and within) the region. As Oussama has written, “It is through the rich diversity of cultural expressions, the mobility of artists, and the advancement of artistic freedom that we stand the best chance to promote better understanding and transcend the difficult times we live today in our region.”

WV: How does the program work?

KL: Applicants are selected from an open call and then paired with mentors Tanya Habjouqa, Randa Shaath, Eric Gottesman, and Peter Van Agtmael. They meet for one weeklong workshop in late summer, return home to continue working on the project while receiving ongoing feedback from their mentor, and then meet again in six months.

This extended mentorship through the course of a project’s development is critical. The mentors act as sounding boards and editors, and connect the grantees to other resources. (All four of the mentors have worked extensively in the Middle East, and Tanya and Randa are from the region and based in East Jerusalem and Cairo, respectively.) The Magnum Foundation’s Director of Programs Emma Raynes has attended the workshop each year of the program, and underscores the importance of these connections: “Beyond mentorship, the personal and professional connections the grantees make among themselves and among mentors have proved to be enormously fruitful. In parts of the world where creative communities face a host of challenges, the connections the grantees make with each other throughout the program provide an anchor. Grantees support each other and share ideas and resources. ADPP’s community has become a safe place for exploration and experimentation and has provided ongoing support and connectivity for the grantees across the Arab world.”

WV: What are some challenges of working in the Middle East and North Africa?

KL: The workshop is unusual in that it transcends geographies and political barriers within the Middle East in order to foster creative cross-pollination. Photographer and program mentor Tanya Habjouqa noted, “Sometimes, the geopolitical situation in our region has stunted that growth. We don’t always know each other. We don’t have the opportunity to brainstorm and be creative with people from Tunisia, from Palestine, vice versa, vice versa. So, this brings everyone together and reinforces a potent Middle East, a vibrant middle ground for creativity.”

Most of the grantees are working in societies that have restrictive cultural norms and governments that restrict freedom of speech, so they are certainly taking risks in their work. Learning how to navigate that is one of the challenges that the program addresses, and takes very seriously.

WV: How have the program’s efforts to affect change been received so far? Could you share some stories of change that you’ve encountered over the past few years?

KL: Omar Imam was one of our first grantees. Then living and working in a Syrian refugee camp in Lebanon, he created an extraordinary body of work during the fellowship called “Live, Love, Refugee,” which he describes as “a visual evocation of the pain and desire of Syrians who struggle to survive in their new land.” His work has since been exhibited internationally and won the 2017 Tim Hetherington Visionary Award. It is a great argument for the value of the program, and how issues that are depicted one way in the media can be described through an entirely different lens by someone living that reality. Omar’s work accesses something very deep and unexpected in this story.

The opportunity to expand their range and experiment with different approaches is also very meaningful to the grantees. Grantee Sima Diab writes, “When I applied to ADPP, I thought that I was going to get funded to work on a project I thought was important. And superficially, that’s what happened. But what I got out of the experience, working with different mentors, watching them work with the other grantees, learning from the discussions and debates, was so much more. I learned to trust my instinct, and that my gut is where the nugget is. Also, having come from shooting news and features, which can be quite linear, it was a chance to experiment with different nonlinear ways to tell a story. Using elements that ask enough questions without saying too much. Developing and experiencing these things in that space proved invaluable for me in my career. What happens in these workshops is transformative, it’s more than just about photography and having a project idea, it’s about breaking free in your head, and being a better photographer and storyteller.”

Images from the Arab Documentary Photography Program will be literally “projected” onto the windows of the ICP Museum from July 24 to August 6 as part of ICP’s Projected series. They will be visible from the sidewalk outside the museum and will be most apparent after sunset.

Artist Peter van Agtmael
This website stores cookies on your computer. These cookies are used to collect information about how you interact with our website and allow us to remember you. We use this information in order to improve and customize your browsing experience and for analytics and metrics about our visitors both on this website and other media. To find out more about the cookies we use, see our Privacy Policy.
I Accept I Decline