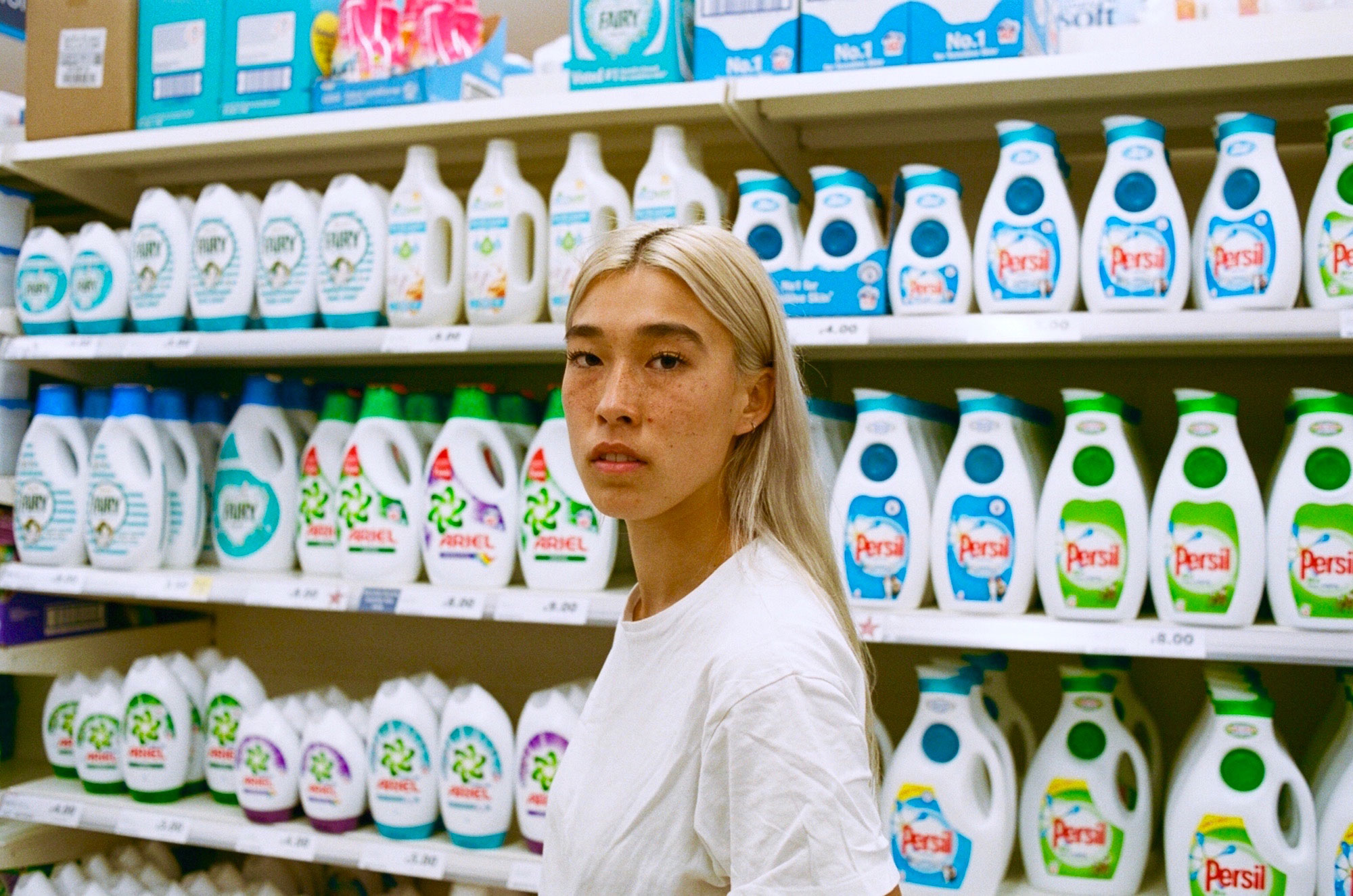 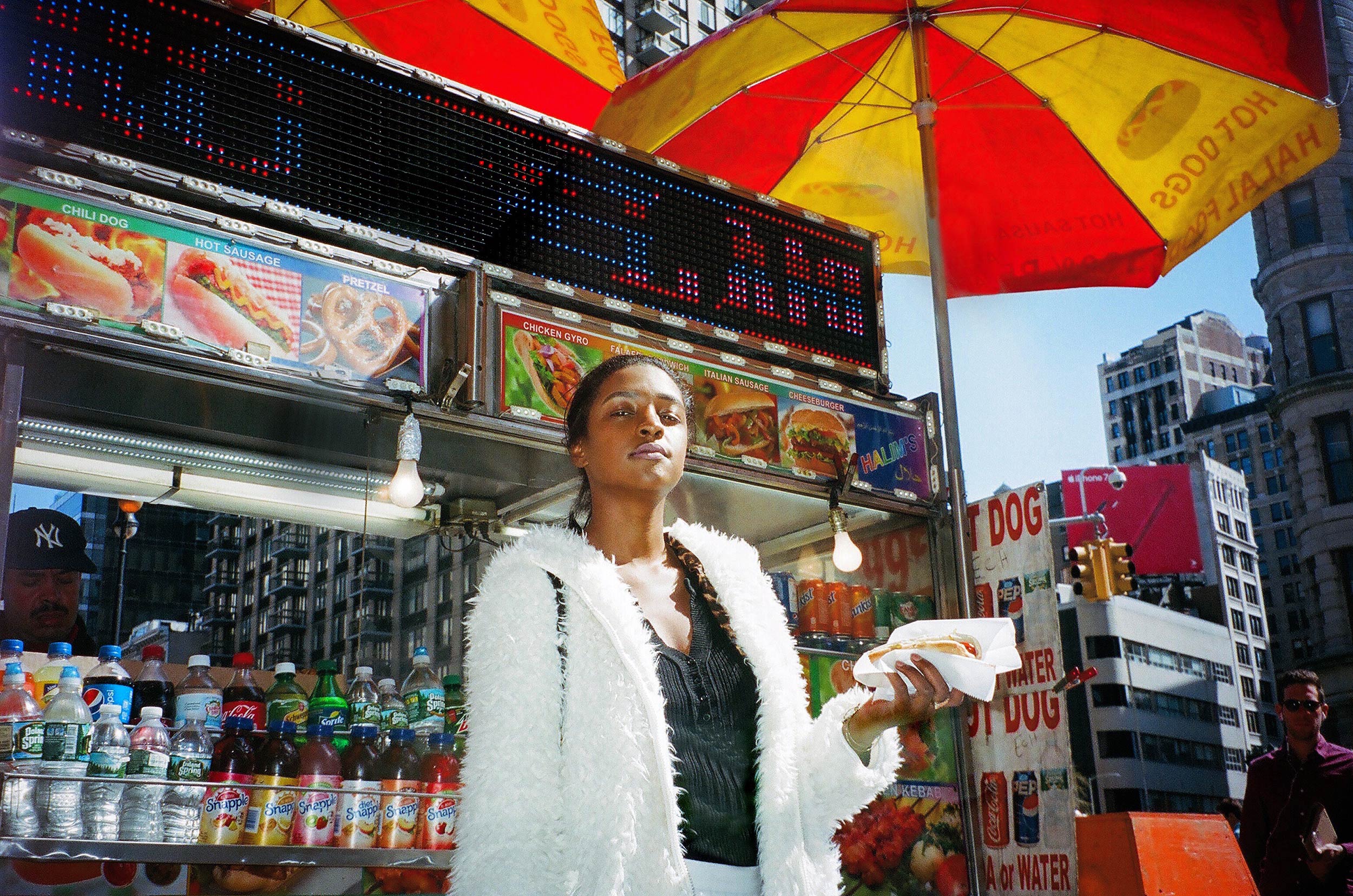 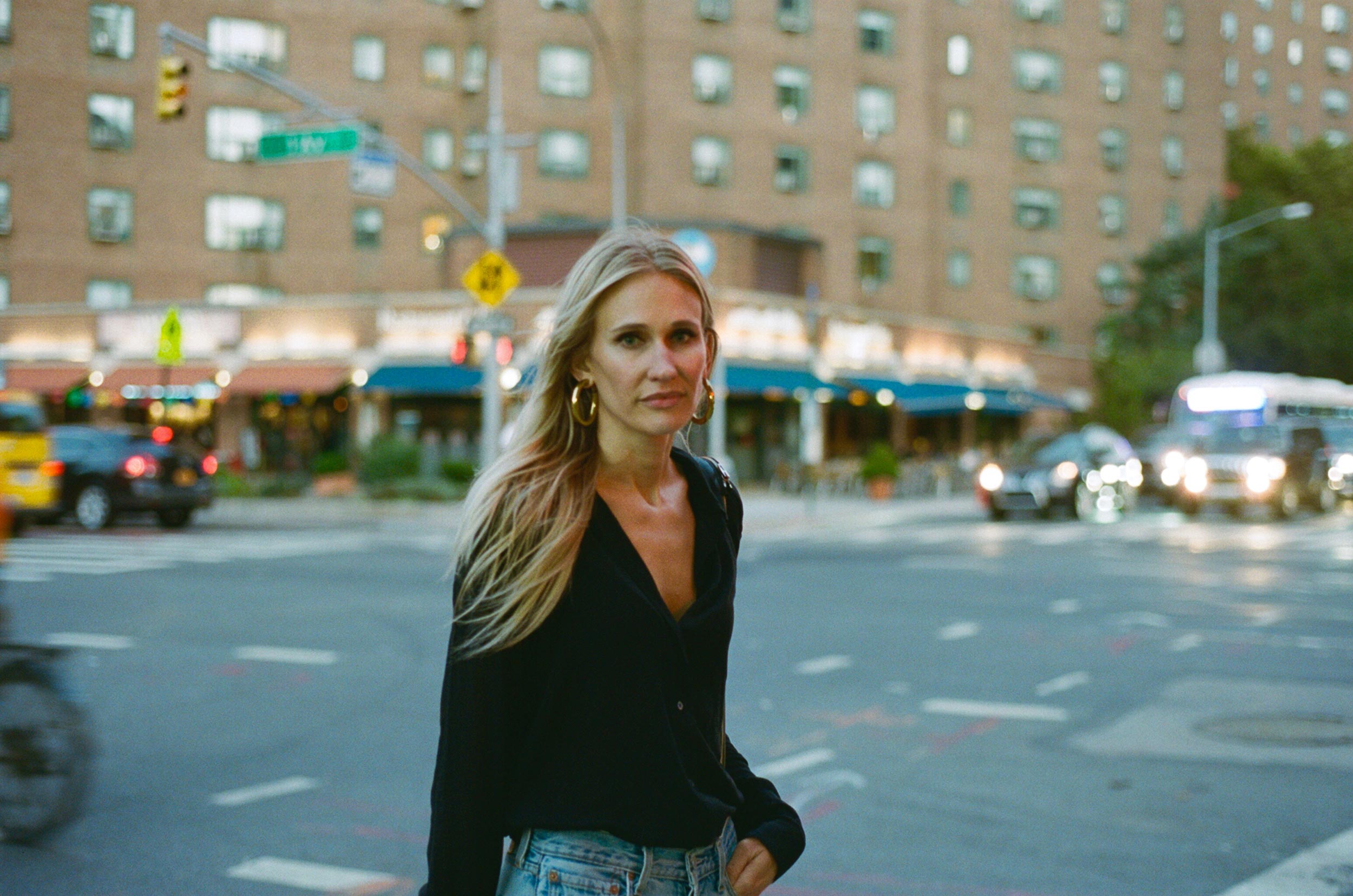 Claartje van Dijk: Can you speak a little bit about your work before Cheer Up Luv—and if it somehow led up to this project?

Eliza Hatch: In January 2017 I began my photojournalism project Cheer Up Luv, which is a project that retells women's accounts of everyday sexual harassment. It is a platform for women’s voices to be heard, and to take ownership of experiences that were once out of their control. This project is a documentation of the everyday harassment that goes unnoticed by others, and which rarely gets the attention it deserves. My photographs are always focused on the central image of the woman, placed in a public setting. Turning the environment she was once victimized in into a stage for her to speak out on. By photographing these women and publishing their stories, my aim is to help women reclaim that space for themselves and to shed light on an issue that is rarely spoken about.

I had just graduated from my visual communications degree at the University of Brighton and moved back to London when I decided to start Cheer Up Luv. I have always taken photographs, but it was never my chosen medium when I was studying, I mostly worked with film and illustration. However, after graduating, I couldn't put a camera down and it became my right hand for Cheer Up Luv. I can honestly say that the project and I have grown together. I never imaged that Cheer Up Luv would have become what it is today, and I couldn't be happier.

CvD: We are living in a time where a presidential candidate of one of the most powerful nations in the world was recorded on tape to “grab [women] by the pussy” and then subsequently became the new president; a range of women spoke out against one of the most powerful men in Hollywood as being an aggressive sexual predator for forty years; and actions of repeated abuse have been raised towards a prominent actor, a politician, and most recently a celebrated comedian*. These stories have all come to light in the United States. In the UK there have been stories about cover-ups for sexual harassment in the British government. You started your project early in 2017, before all of this really took off. What ignited you to start this project?

EH: The themes behind Cheer Up Luv have been a constant factor in my life and a constant factor in possibly most women in the world’s. Growing up in London and taking the bus to school in your uniform, it wasn't uncommon to get harassed, or to hear your friends’ tales of everyday harassment. You were always wary of being followed home, had one headphone in, and you were always on your guard. It didn't faze me and we didn't complain about it because we grew up thinking that this was normal, and that was what you had to expect as a woman. If you had a bad experience you would just brush it off and carry on. It was only until this year when it really started to bother me, strangely after receiving one of the more “mild” forms of harassment: when a man walked past me and told me to “cheer up.” It really angered me, and made me revisit every other instance where I have been treated as a sexual object by a stranger. That single phrase, which I am used to hearing, finally irritated me so much to the point where I needed to do something about it. All the recent allegations and scandals in the media have not come as a complete surprise to me, especially as I have been doing this project since January, although I am happy that the silence on this issue if finally being lifted.

CvD: You’ve said in an interview that you started this project in response to a conversation with a friend about a public sexual harassment encounter you experienced. You mentioned that your male friends were shocked to hear how often and how common these experiences are. Have you spoken to the women after you photographed them and heard what kind of responses they received about the project—whether it supported them personally or if they felt it helped raise more awareness about public harassment—or both?

EH: That experience of catcalling prompted me to have a conversation with my girlfriends about harassment, and we ended up story swapping for over an hour, talking about sexual harassment like it was the most normal thing in the world. However, it was only when my male friends interjected with their disbelief and horror that we actually could experience it as much as we did that I felt encouraged to start the project. I realized that it wasn't just the harassment itself that was the problem; it was the awareness surrounding it.

Since the project began, the response has been tumultuous, and it has been both therapeutic for the women involved and myself. I really feel as though a difference can be made, and I really hope that I can achieve the change I am striving for. I want people to take away positivity from my images and from my project, and I want encourage women to speak out against sexual harassment. As well as raising awareness for the issue, my aim has always been to turn what once was a negative situation into one where the woman can speak boldly and be empowered by her situation.

CvD: If you look ahead, how would you like this project to evolve? Say, ten years from now, where would you be and what do you wish the project to have contributed to society?

EH: I want this project to be the start of a bigger movement. I have only collected stories from a few countries, and there are so many other women's voices that need to be heard. I want to travel as much as I can with Cheer Up Luv and extend that platform of empowerment to all women, or victimized individuals. I would also love for Cheer Up Luv to evolve into a book, as I want to give something back to the women who have been a part of this process and immortalize their stories so they can never be forgotten. Ultimately, I want the project to give something back to society, and to girls growing up now and in 10 years time. I want to raise the awareness now, so eventually girls won't have to worry about men taking pictures up their skirts on the bus to school.

CvD: Not the hashtag, but the movement “Me Too” was initiated by Tarana Burke, many years ago, and was created to support and empower women by creating an awareness that they were not alone in these horrible experiences. With #MeToo, the outcry of sexual harassment has grown to an international level. Women everywhere experience sexual harassment, sometimes in a public environment, other times in the privacy of their homes. Why do you think the subject and action against sexual harassment has taken off the way it has this past year?

EH: I think the way we have started to speak more openly about issues in society has been changing recently, and that is partly due to social media providing accessible platforms to speak out against these issues that have suppressed women for so long up until now. The project is extremely important for its time, because historically, women have never had the platform or audience to speak out about everyday harassment, and for it to be taken seriously. No matter how “mild” the experience, each instance is a brush stroke in the bigger picture of a woman's life. I think with my generation, there has been a resurgence of active and even passive feminism, and social media has a lot to do with that. Women now are starting to realize that they shouldn't be treated differently to men. Why should we have to put up with sexualization, harassment in the workplace, or less pay? Instagram has been a great tool for using creativity to spread a message and create communities among women and diverse groups of all kind.

*Editor’s Note: This interview took place in November 2017. Since then, a number of additional public figures have had allegations of sexual misconduct brought against them.

Cheer Up Luv is on view at the ICP Museum from December 19 to 25 as part of ICP’s Projected series. During the day, the work is presented on monitors inside the ICP Museum and during evening hours, images are literally “projected” onto the windows of the ICP Museum; they can be viewed from the sidewalk outside the Museum and are most visible after sunset.