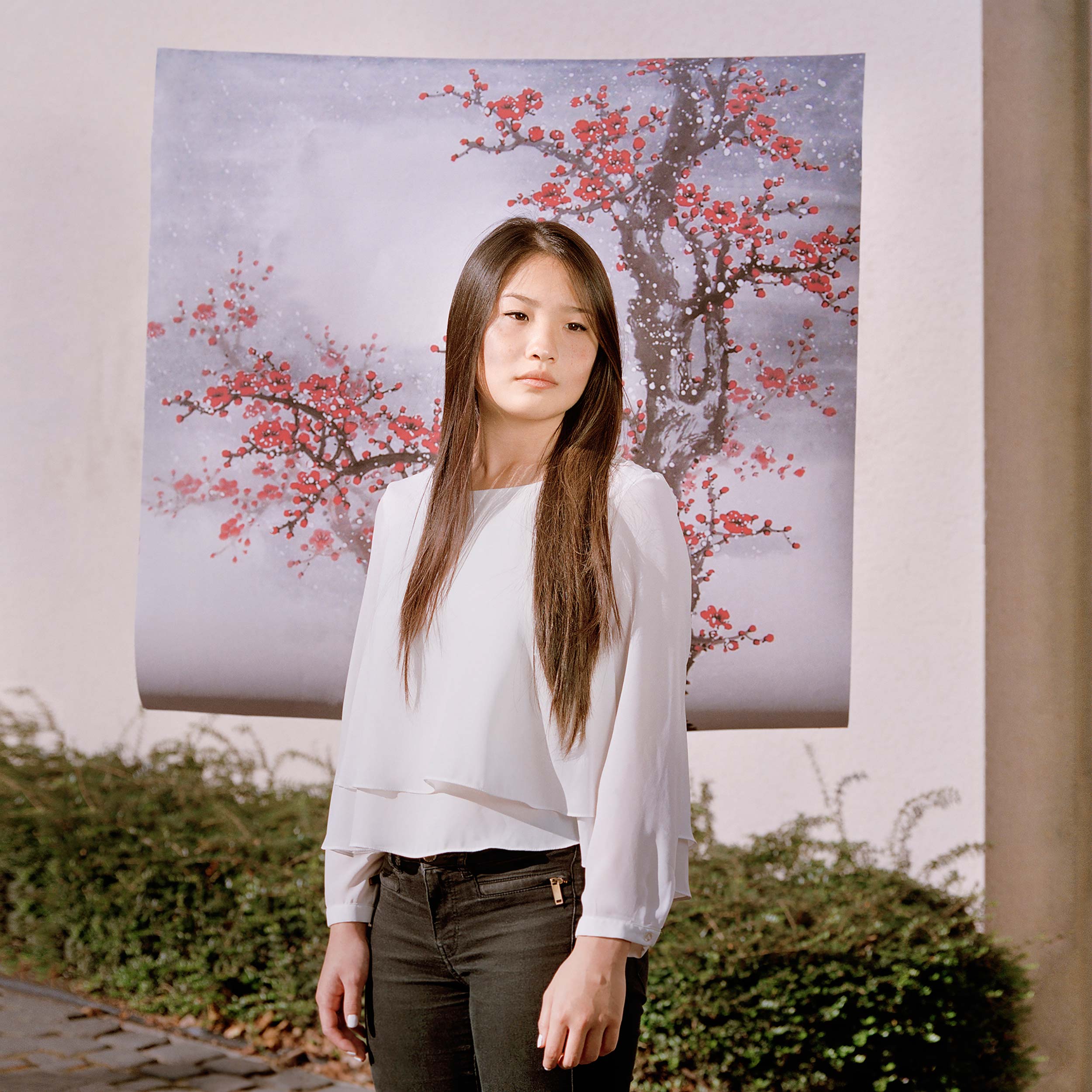 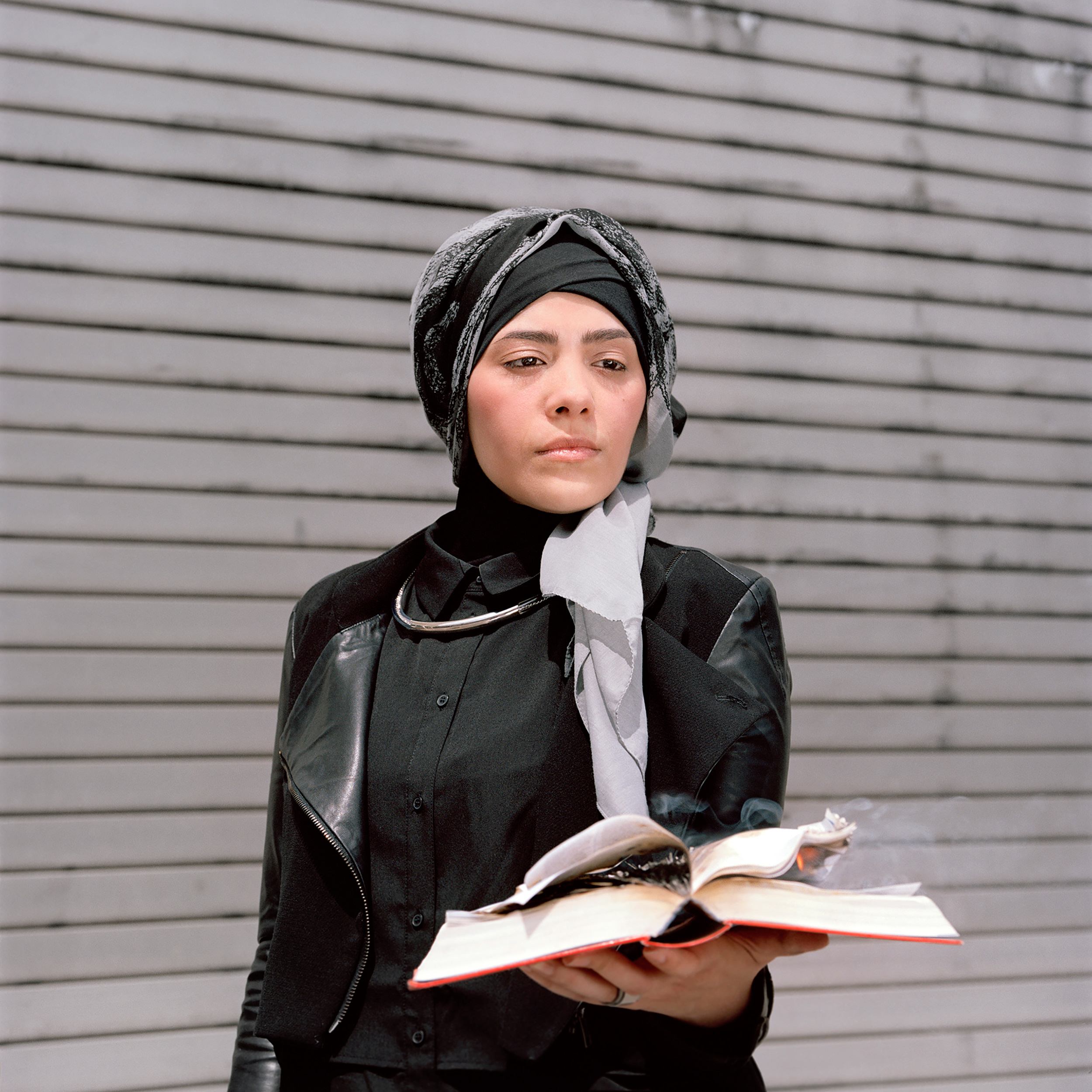 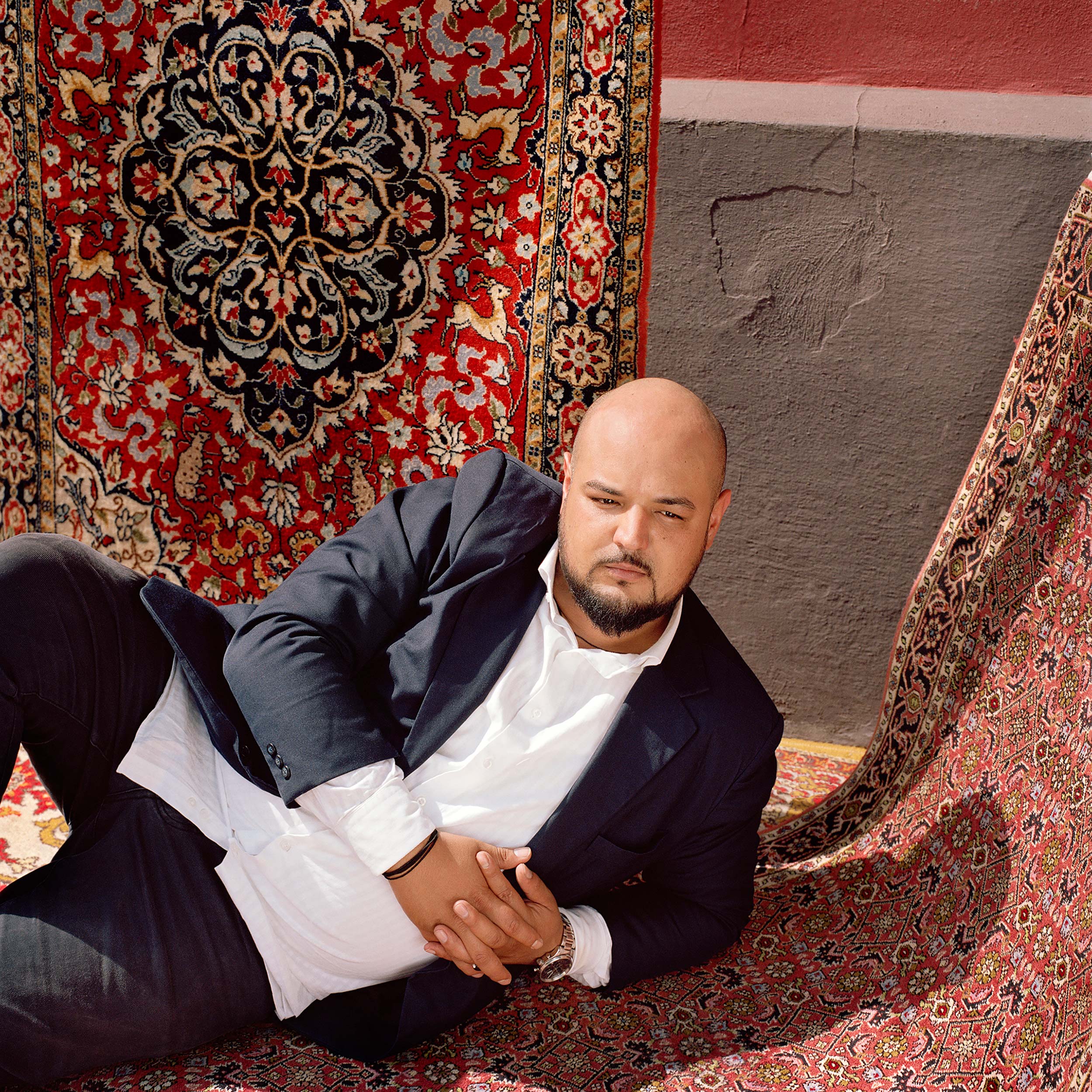 Wesley Verhoeve: The subjects of your series Masks, Myths, and Subjects are all members of visible minorities who were born, raised, and educated in Germany. You portray them in the context of their “other-ness” rather than their German-ness. Can you tell us how this project came about and what you intend to say through it?

Alexandra Polina: My visual strategy is based on stereotypical elements as well as in special forms of presentation. At first I'm confronting the viewer with something allegedly foreign and exotic, but my protagonists are not staged as “the others,” for example they are wearing clothes which belong to them excluding ethnic stereotypes. The second view gives a possibility to see that not the people but the surroundings are exoticized through their staging.

All my projects are connected to my own biography, which enables me to deal with topics close to my knowledge. Migration and identity have driven my work. I think those are still present in this project, but this time I'm telling a story about something I didn't and cannot experience myself.

As a migrant living in Germany for a long time, I started to question belonging. After living, working, falling in love, and making friendships for one-third of my life I started to feel like I had become a part of German society, even though I know that I didn't become German. My appearance is not very different to the majority of the German population and I'm not being perceived as a foreigner. I become one only after people hear my accent.

I have often witnessed situations where someone was treated as foreigner just because he or she was assigned a visual code of one. I wanted to explore the perspective of someone who is my opposite. I interviewed and photographed Germans who are part of visible minorities. Afterwards I translated the stories my protagonists entrusted me with into visual language.

WV: How did this project come about? Was it motivated by the Middle Eastern refugee situation that has developed in the past few years?

AP: I have been working on this project over the course of three years. At the beginning I was trying to explain the project to the audience and experts from the photographic world, but I wasn't very successful. Somehow the theme wasn't present enough and nobody was interested in the project.

After two years something changed. I'm convinced that the refugee situation shifted a lot of perspective towards things. It altered our expectations and projections, forming new stereotypes. At some point the theme was omnipresent in media. The “foreigner” became a symbol. The questions “who belongs to this country?” and “why?” arose.

My project does not deal with the theme of migration, but it influences the view on my project. For me, it is a much more interesting way of questioning the stereotypes.

WV: What has been the most surprising response to this series that you have received?

AP: Out of respect towards the delicate nature of the stories of my protagonists, which are very personal, I would like to keep these a secret. I don't explain any particular image. I like the viewer to discover and question his own perspective and stereotypes.

WV: How did you determine which objects were used to contextualize the subjects for their otherness? Were the subjects involved in this conversation?

AP: I would like to share a little bit about my photographic process in general to explain how every single image has been created.

At another time, we meet for an interview that I capture on video, which I only use as a mental note. I always ask the same questions. For example, the first one is: “Are you German?” This is a very important part of the process for me, because I cannot relate to the experiences myself. Afterwards I reflect on how to translate the story or the main aspects of the story using my visual strategy. In this moment I see myself more as a director and my protagonists are playing themselves with my stylistic and intellectual approach. It is more important to me that the single image fits to the quintessence of the whole series rather than to represent the story in the “correct” way.

The result is a collage of individual experiences, where I define the aligning metaphors set in objects and places. The objects in my portraits are implementations of stereotypes without serving the purpose of showing stereotypes.

WV: What is next for you? What have you been working on lately?

AP: Right now I am working a lot on exhibitions here in Germany. After winning a Gute Aussichten (New German Photography Award), I received offers to show this project in some of the biggest photography museums in Germany, like Deichtorhallen Hamburg and the NRW-Forum Düsseldorf. It's a great chance to bring these themes to a wide audience and to talk about questioning the stereotypes of belonging to German society.

Furthermore, I will be researching and planning the new project I have in mind, but it's too early to talk about the content.

Masks, Myths, and Subjects is on view at the ICP Museum from December 12 to 18 as part of ICP’s Projected series. During the day, the work is presented on monitors inside the ICP Museum and during evening hours, images are literally “projected” onto the windows of the ICP Museum; they can be viewed from the sidewalk outside the Museum and are most visible after sunset.

Related Items
Interview ICP Projected: Majd Taby and Sara Kerens Exhibition Perpetual Revolution: The Image and Social ... News ICP Projected Exhibition GENERATION WEALTH by Lauren Greenfield Exhibition Then They Came for Me: Incarceration of Jap...
This website stores cookies on your computer. These cookies are used to collect information about how you interact with our website and allow us to remember you. We use this information in order to improve and customize your browsing experience and for analytics and metrics about our visitors both on this website and other media. To find out more about the cookies we use, see our Privacy Policy.
I Accept I Decline