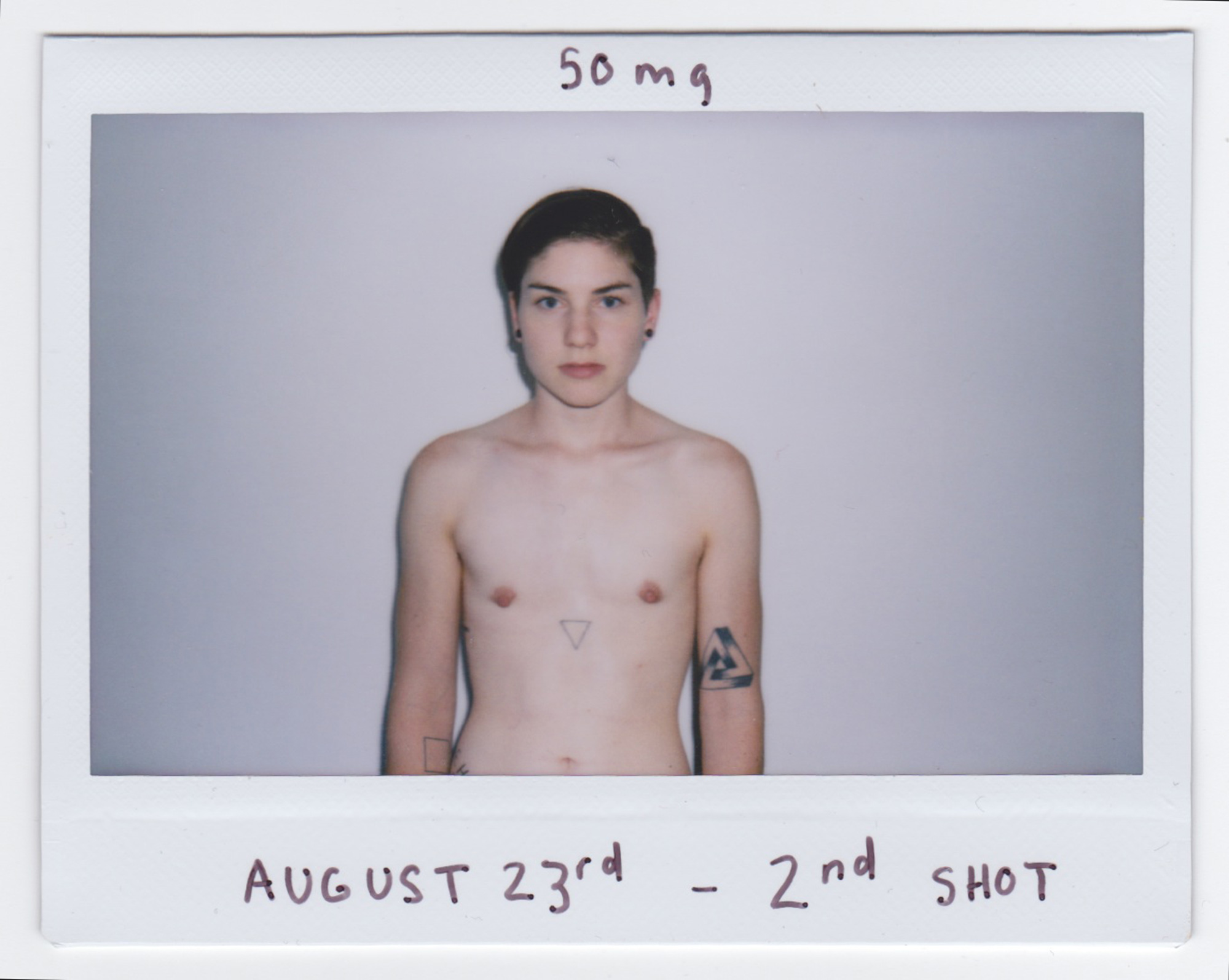 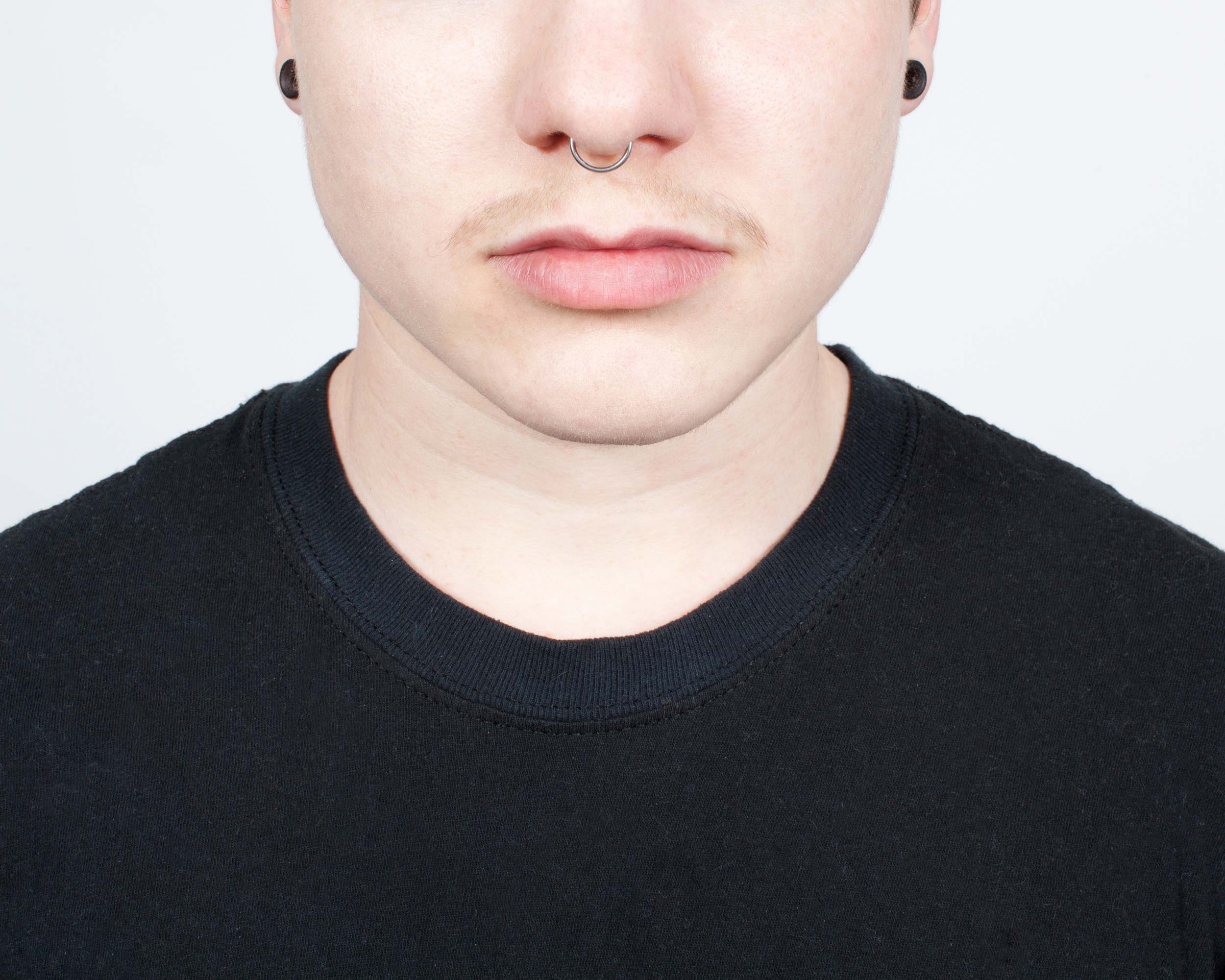 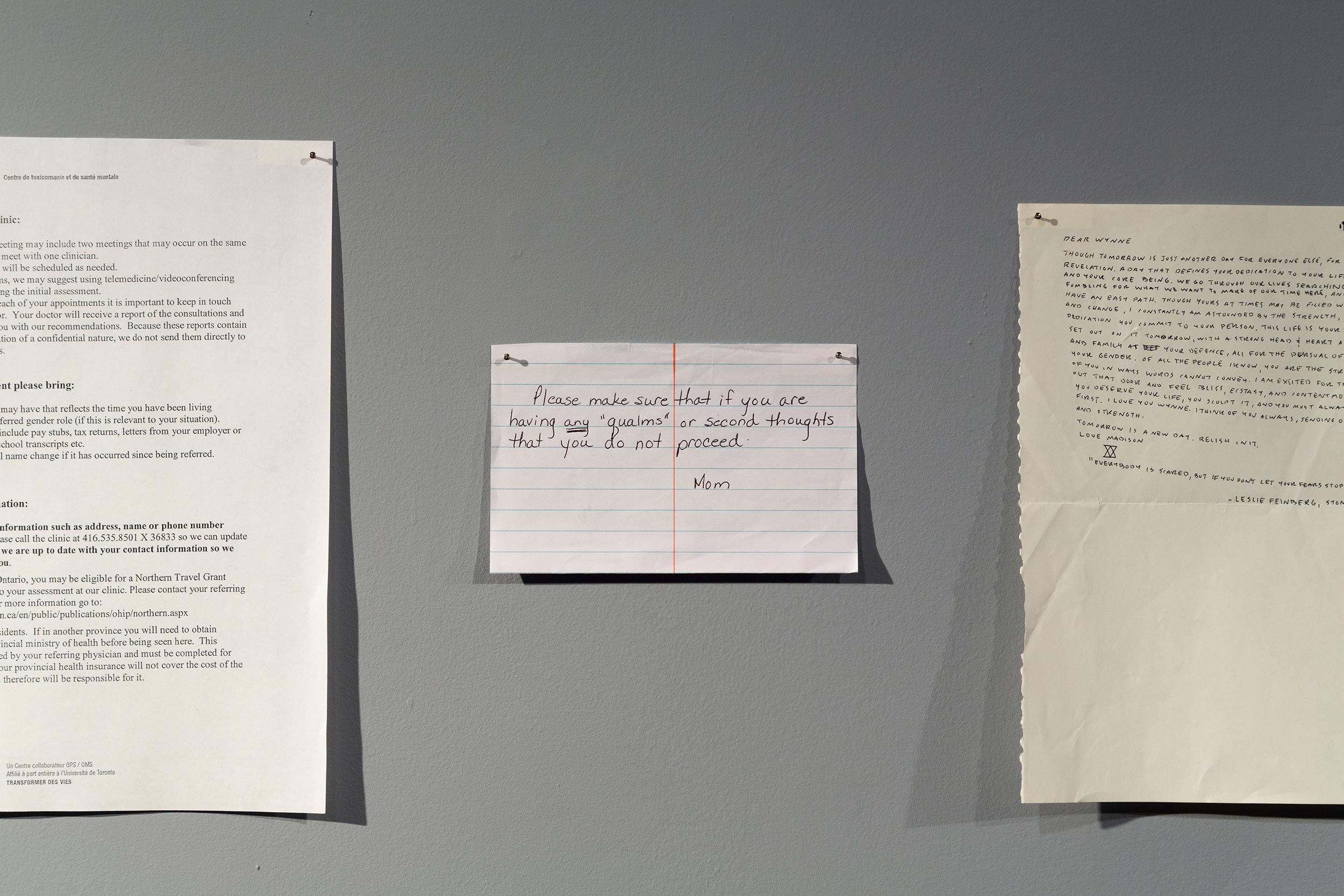 Wynne Neilly: I became really fixated on the idea of being able to witness my own physical changes in a way where it was easy for me to actually see a difference. I had planned on taking photographic evidence of my transition leading up to my first shot of testosterone, but I didn’t have any grand ideas for a body of work or a cohesive series. I liked the idea of using instant film because they mimicked the temporary physical state of my changing body. Each photograph would represent a version of myself that would never exist again. It’s really interesting to have total control and agency over when your second puberty begins. I wanted to be able to hold on to every phase in that period of time.

WN: It definitely had an effect on my transition in a variety of ways; the first one being that it allowed me to be very self-reflective and aware. This whole body of work has acted as a sort of diary for me. I’ve never been one to use words as a means of relating or making sense of the world around me, so this project has given me a chance to check in with myself in a language that works for me. Documenting myself during my transition has also made my identity very public. It has been my choice and motivation to exhibit this body of work both online and in physical space, but it has taken me a while to adjust to this information being readily available to anyone at any point if they Google my name.

WV:  What do you hope Female to “Male” contributes to the societal discussion on the topics of identity and gender?

WN: I can really only hope that this project’s contribution to the larger discussion on identity and gender is that it is just one small piece of a much larger picture. This project represents my identity and gender and it can’t speak for anyone else’s. I want people to be educated by it, to relate to it, and to walk away feeling like they can be a better ally or support system.

WV: This project is exceptionally personal and intimate. I imagine it has generated feedback similar in nature. Is there a story you can share about feedback you received that was especially moving or interesting?

WN: I don’t really have one specifically poignant story to share. I have however received hundreds of Instagram and Facebook messages and emails from other queer and trans people thanking me for sharing my experience and expressing how inspired they feel from seeing my work. That kind of thing really blows me away. The age of the Internet can make you feel so insignificant, but at the same time so connected to people whom you will never meet. Getting messages and emails like that really keep me motivated to continue making myself vulnerable and sharing my experience with others. I have had parents come up to me at exhibition openings or artist talks and express how thankful they are to hear about my experience because it has helped them better understand their queer or trans child. I love seeing that there are parents out there that are taking responsibility and educating themselves.

WV:  The full experience of Female to “Male” spans across several forms of media, from audio recordings of your voice, to photographs, and copies of notes and medical bills. How did you decide on the various media that you documented? Were there other forms of media you considered but omitted?

WN: All of the content snowballed together all at once. When I began taking photographs, I also tried to document my experience in other ways. Recording my voice was really important to me because the transition happens so quickly and the voice is one of the most recognizable things about a person. The documents and notes all existed in a shoebox under my bed and at the time the only purpose of it was to act as a memory box. I laid out everything on my floor in my bedroom and seeing this stuff beside the film images made me realize that there was a really beautiful and interesting conversation between the mediums. I think each form of media that exists in the exhibition taps into a different sense, or emotion, or state of mind and comes together to create a cohesive understanding of my experience transitioning.

Images from Female to “Male” will be literally “projected” onto the windows of the ICP Museum from August 28 to September 3 as part of ICP’s Projected series. They will be visible from the sidewalk outside the museum and will be most apparent after sunset.

Related Items
Event ICP Projected: Female to “Male” News ICP Projected Event ICP Projected: Invisible America Exhibition GENERATION WEALTH by Lauren Greenfield Interview ICP Projected: Andre Wagner
This website stores cookies on your computer. These cookies are used to collect information about how you interact with our website and allow us to remember you. We use this information in order to improve and customize your browsing experience and for analytics and metrics about our visitors both on this website and other media. To find out more about the cookies we use, see our Privacy Policy.
I Accept I Decline