Register to watch the free livestream of Zanele Muholi and Thelma Golden in conversation here. 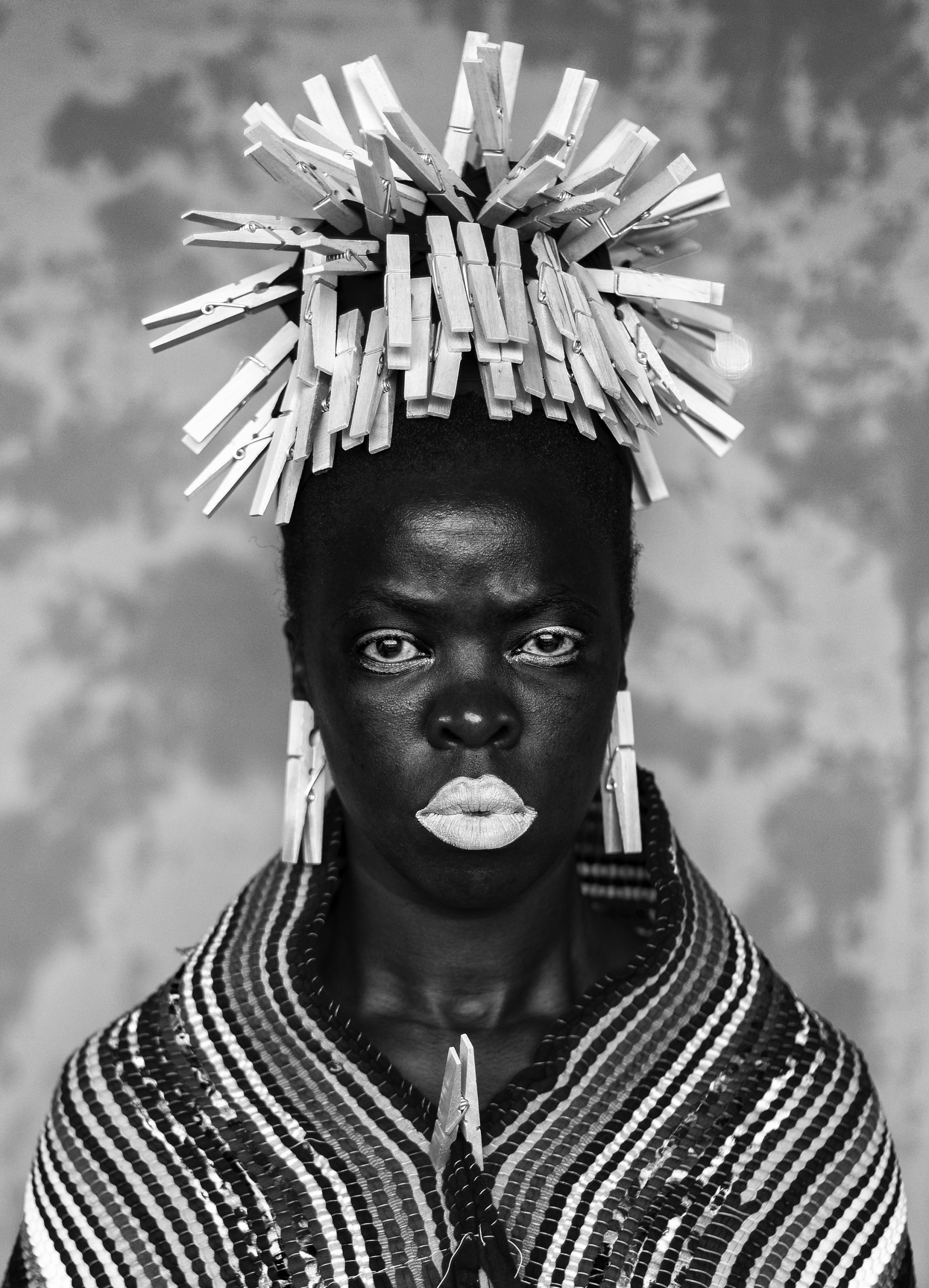 Zanele Muholi is a visual activist and photographer born in Umlazi, Durban, and living in Johannesburg. Muholi’s self- proclaimed mission is ‘to re-write a black queer and trans visual history of South Africa for the world to know of our resistance and existence at the height of hate crimes in SA and beyond’.

They (Muholi’s preferred pronoun) co-founded the Forum for Empowerment of Women (FEW) in 2002, and in 2009 founded Inkanyiso, a forum for queer and visual (activist) media. They continue to train and co-facilitate photography workshops for young women in the townships.

Muholi studied Advanced Photography at the Market Photo Workshop in Newtown, Johannesburg, and in 2009 completed an MFA: Documentary Media at Ryerson University, Toronto. In 2013 they became an Honorary Professor at the University of the Arts/Hochschule für Künste Bremen.

Muholi exhibited in May You Live in Interesting Times, the 58th Venice Biennale (2019); they produced a city-wide project titled Masihambisane - on Visual Activism for Performa 17, New York (2017) and featured in the inaugural exhibitions at the Zeitz Museum of Contemporary Art Africa, Cape Town. Muholi won the 2019 'Best Photography Book Award' by the Kraszna-Krausz Foundation and the Lucie Award for Outstanding Achievement in Photography for Somnyama Ngonyama: Hail, The Dark Lioness (Aperture) and was shortlisted for the 2015 Deutsche Börse Photography Prize for the publication Faces and Phases 2006-14 (Steidl/The Walther Collection). Other publications include Zanele Muholi: African Women Photographers #1 (Casa Africa and La Fábrica, 2011); Faces and Phases (Prestel, 2010); and Only half the picture (Stevenson, 2006).

Header image: Bester IX, Philadelphia, 2018. Gelatin silver print. © Zanele Muholi. Courtesy of the artist, Yancey Richardson, New York, and Stevenson Cape Town/Johannesburg.
Related Items
ICP.org Membership Exhibition Death in the Making: Reexamining the Iconic... Exhibition Close Enough: New Perspectives from 12 Wome...
This website stores cookies on your computer. These cookies are used to collect information about how you interact with our website and allow us to remember you. We use this information in order to improve and customize your browsing experience and for analytics and metrics about our visitors both on this website and other media. To find out more about the cookies we use, see our Privacy Policy.
I Accept I Decline