Concerned? So are we.

Show your concern. Support ICP’s mission to explore photography and visual culture as mediums of empowerment and as catalysts for wide-reaching social change.

Submission of your photo grants ICP the permission to repost or exhibit online and in its public facilities.

Since 1974, the International Center of Photography has been dedicated to “concerned photography”—the creation of socially and politically minded images that have the potential to educate and change the world.

Exploring the way photography and images both reflect and shape social change isn’t new to ICP. What is new, and constantly evolving, is the way in which images are created and distributed. Nearly everyone has an imagemaking device in the palm of their hands. Reaching out to millions of viewers can happen in the blink of an eye. ICP is committed to an in-depth exploration of this power of images to communicate, clarify, and connect, as well as to deceive and divide.

ICP's premiere exhibition of 2017, Perpetual Revolution: The Image and Social Change, explored critical issues in a nearly real-time fashion. Since its founding, ICP has presented 255 exhibitions that have explored critical social issues. Some of the ICP Museum’s most important and groundbreaking shows have included Magubane’s South Africa (1978), Roman Vishniac: A Vanished World (1984), Perfecting Mankind: Eugenics and Photography (2001), and Only Skin Deep: Changing Visions of the American Self (2004).

Keeping the legacy of “concerned photography” alive involves teaching the next generation how to be effective visual storytellers. The ICP School has consistently offered courses related to social justice as part of its full-time curricula. Classes such as Documentary Strategies for Human Rights and More Than a Witness: Photographic Activism are helping to shape future photojournalists. ICP’s Continuing Education classes, accessible to the all, have included timely classes such as #NotNormal: A Postfactual Field Guide to Photography and Activism and From the Margins: Women, Conflict, and Revolution.

ICP’s public programs are designed to educate and engage. Lectures, panels, and workshops explore topics such as refugees and their representation in visual culture, fake news and memes, and the psychology and imagery of climate change.

Help ICP continue the conversation. With its powerful exhibitions, educational programs, and public events, ICP can continue to pursue social justice through photography, as well as to explore visual culture and how it impacts and shapes us all. Become a member of ICP or make a contribution to the Fund for ICP.

Submission of your photo grants ICP the permission to repost or exhibit online and in its public facilities. 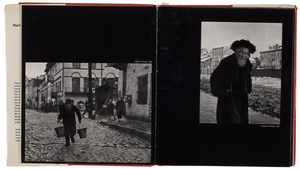 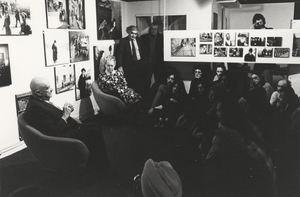 roman vishniac [Roman and Edith Vishniac with Cornell Capa...
This website stores cookies on your computer. These cookies are used to collect information about how you interact with our website and allow us to remember you. We use this information in order to improve and customize your browsing experience and for analytics and metrics about our visitors both on this website and other media. To find out more about the cookies we use, see our Privacy Policy.
I Accept I Decline