Photography at the 2015 Venice Art Biennale | International Center of Photography
Join our mailing list
Stay updated on our latest news.
exhibition
But Still, It Turns: Recent Photography from the World
News
Engage with ICP from Anywhere
News
We Need Your Support
exhibition
#ICPConcerned: Global Images for Global Crisis
event
ICP Talks: Cheriss May on Documenting Democracy
event
ICP Talks: Mari Katayama on “Myself and the Others: Self-Portraits and this World”
Shop Become a Member Support ICP Subscribe Login
Please note that ICP’s school will be closed Monday, July 4.
View Details
View Details 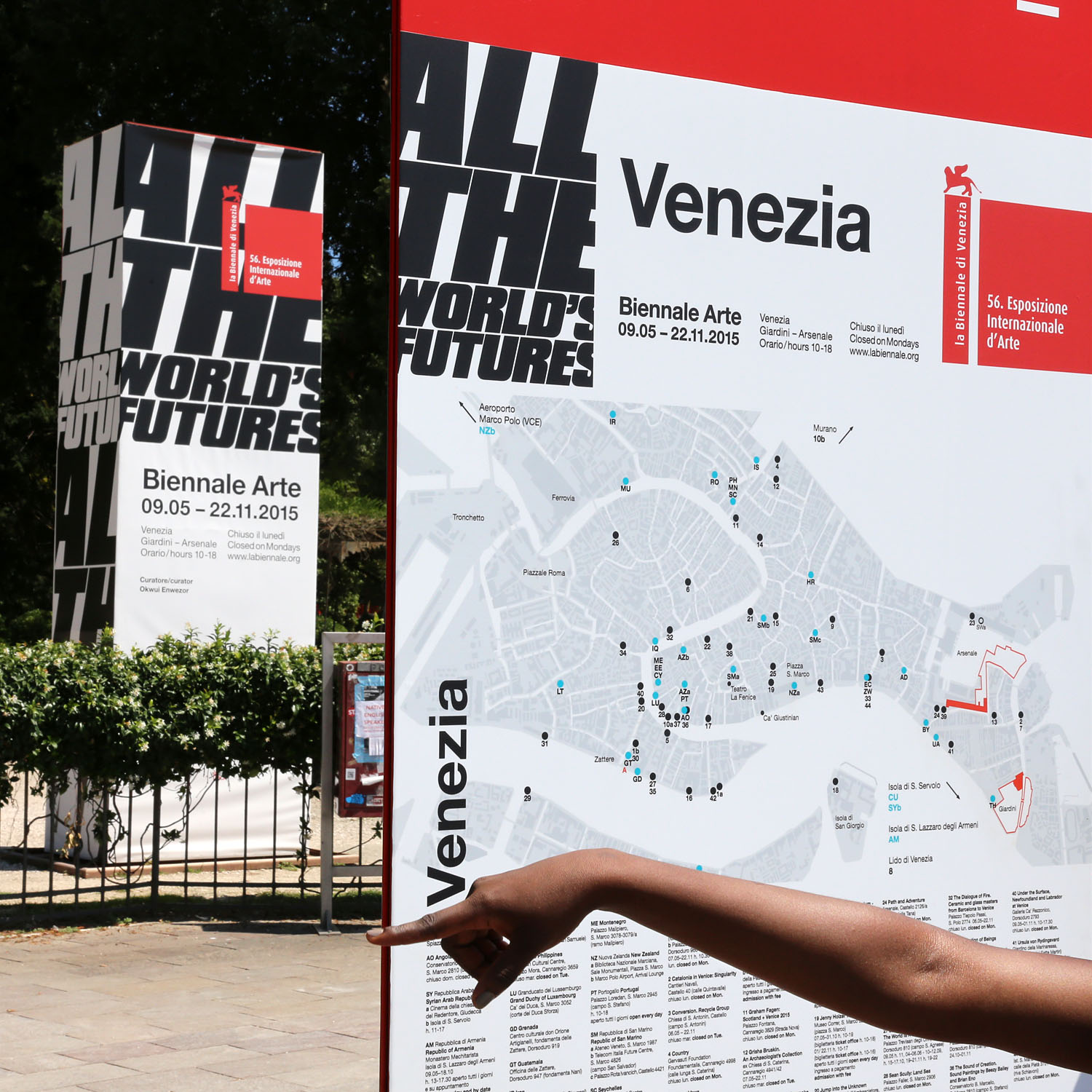 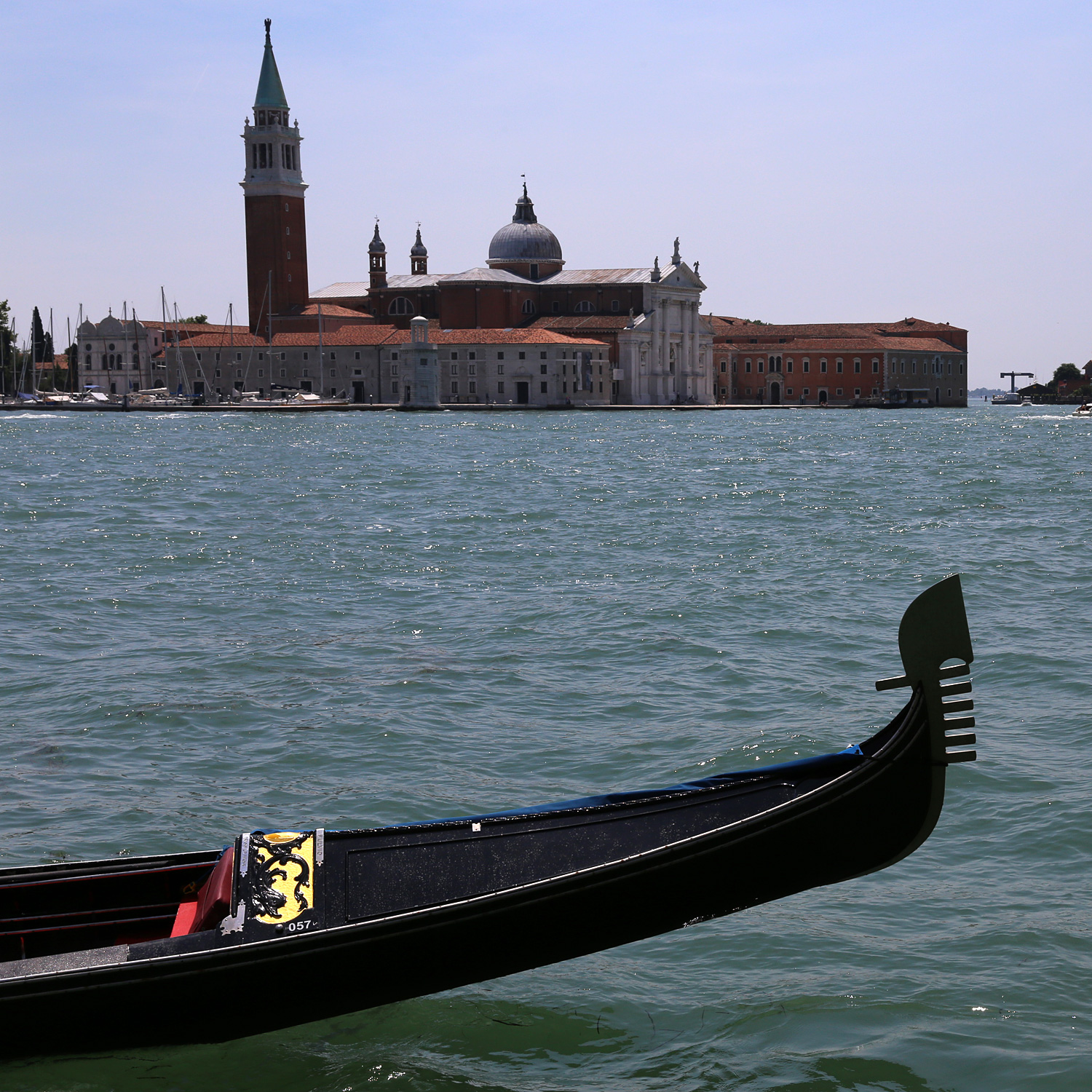 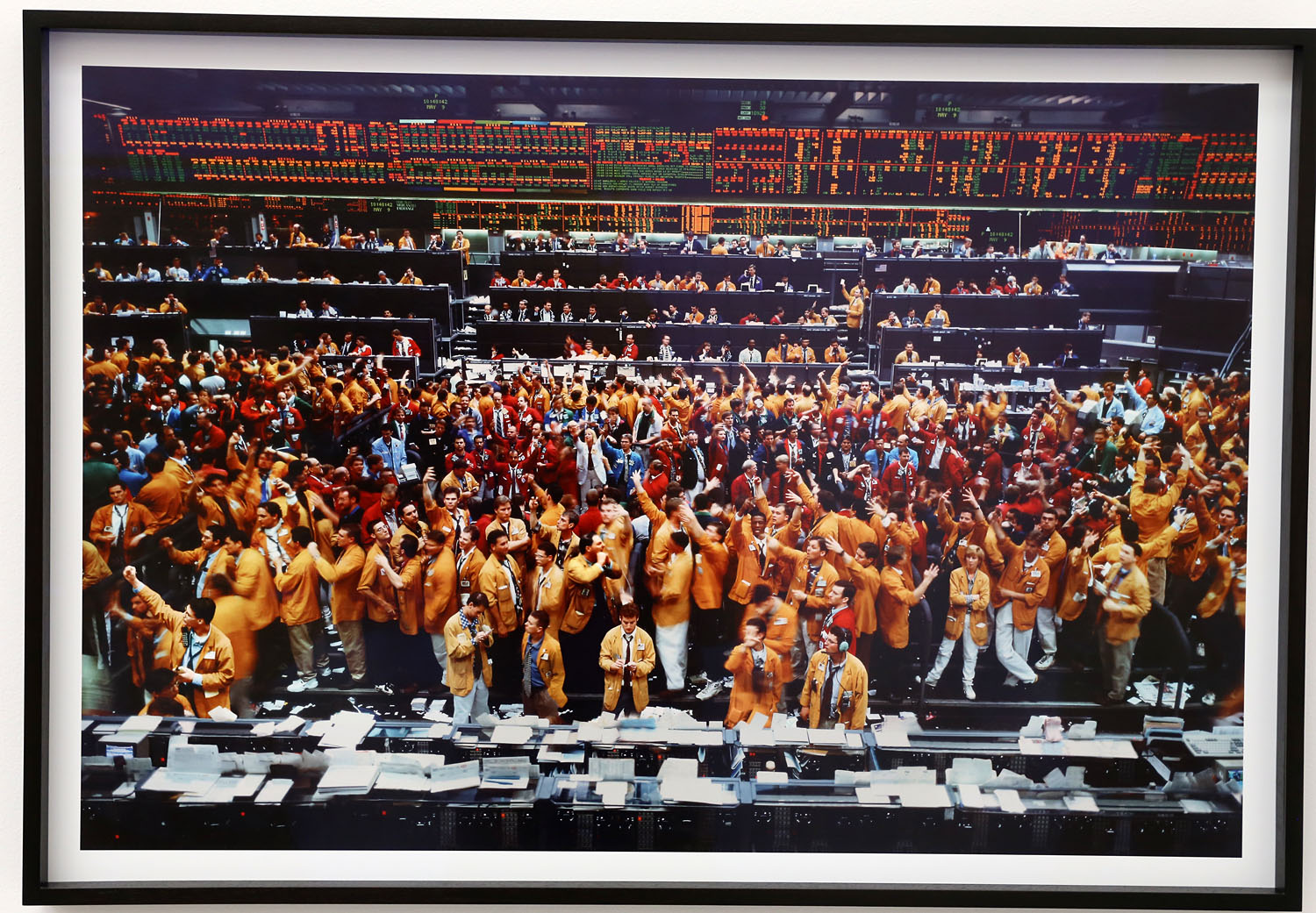 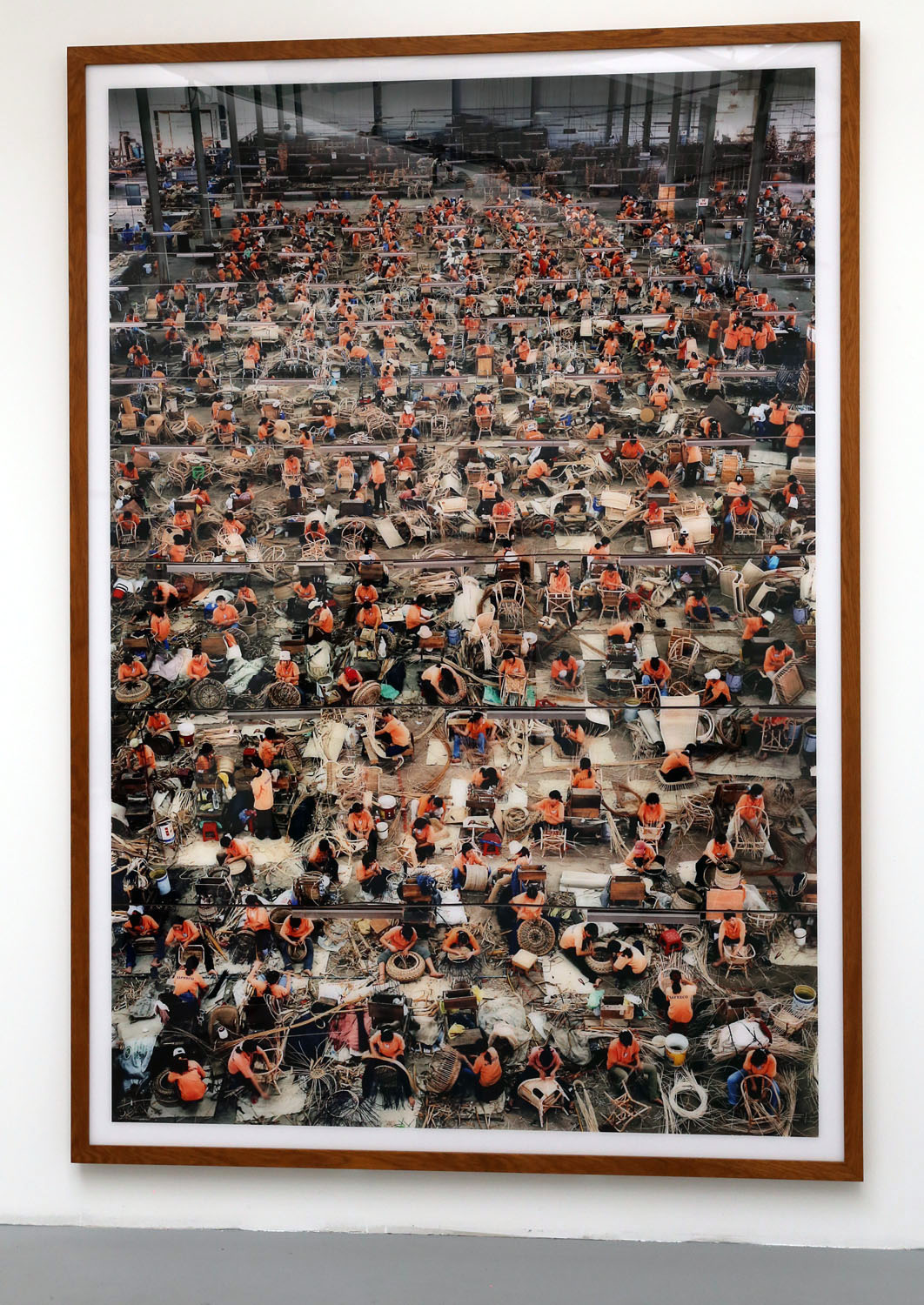 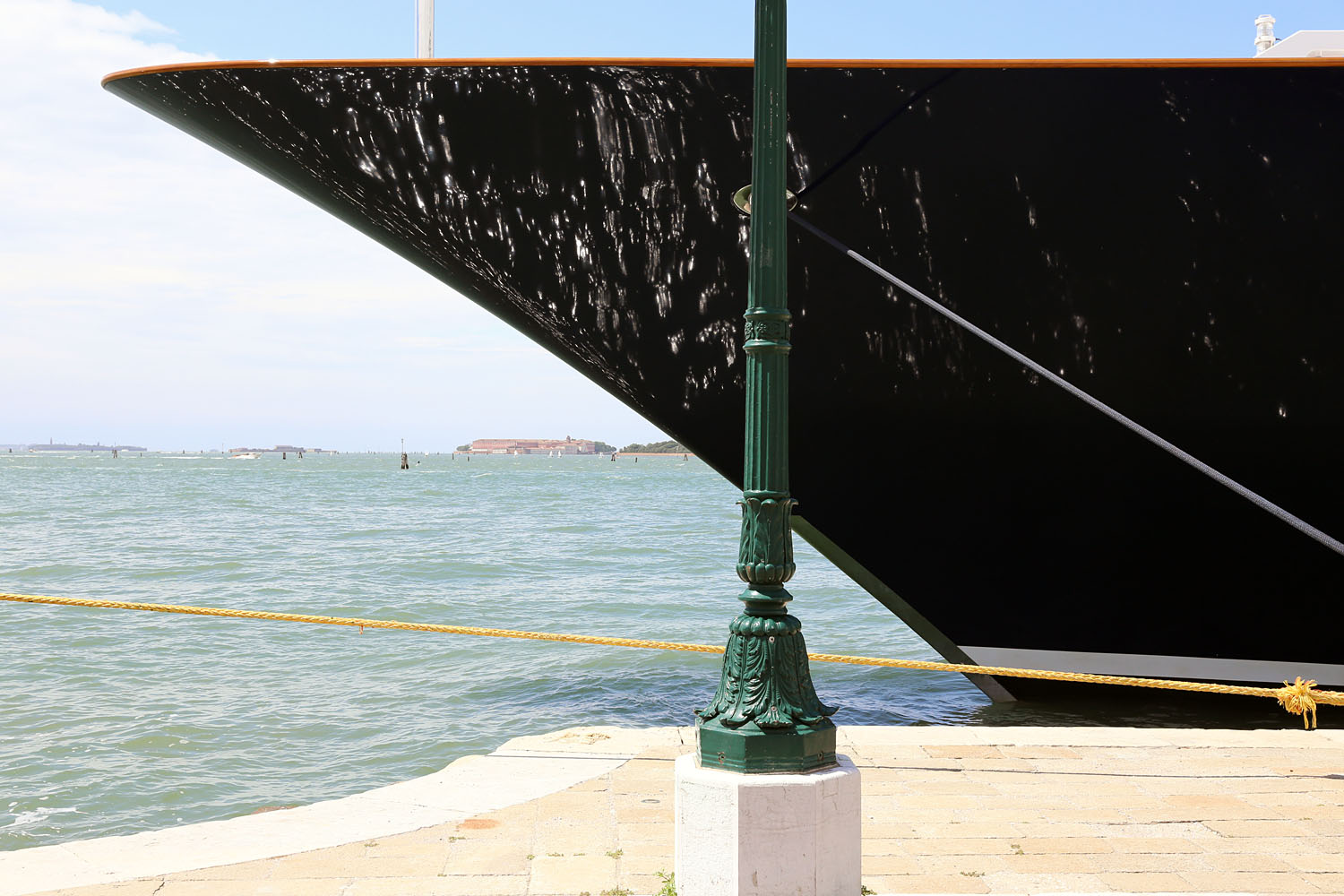 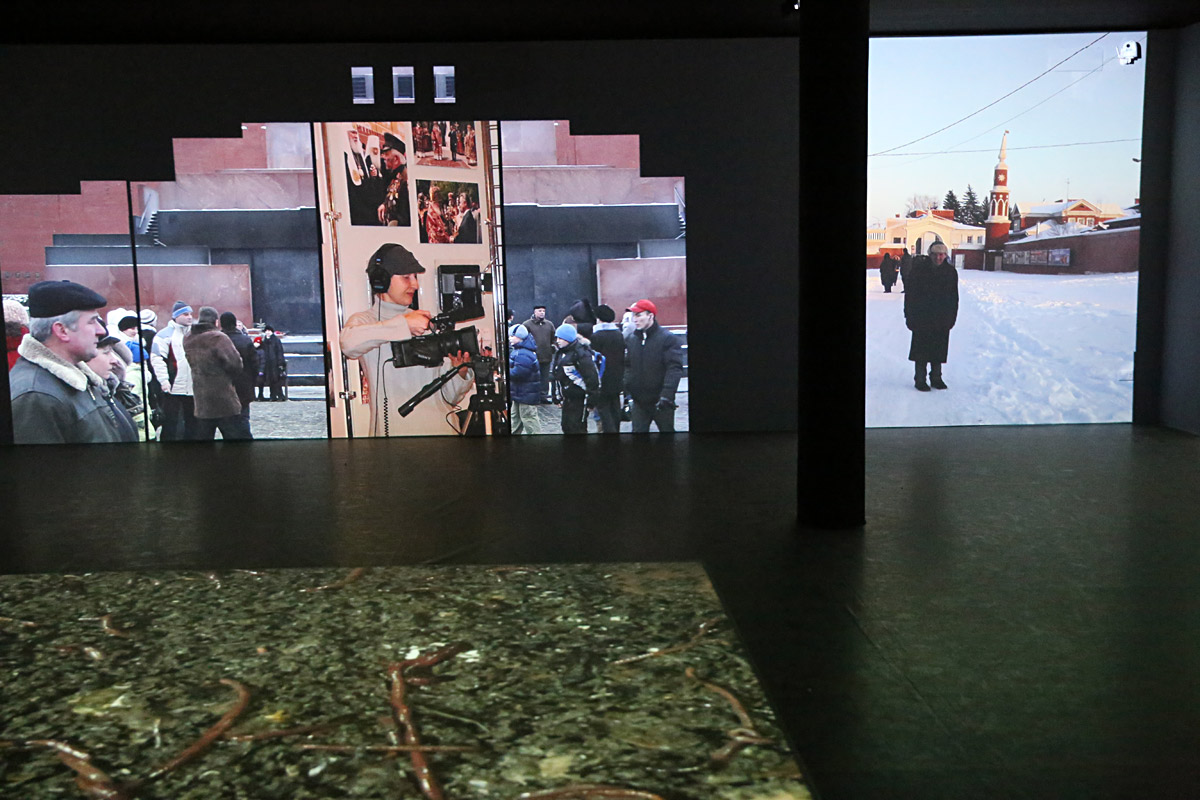 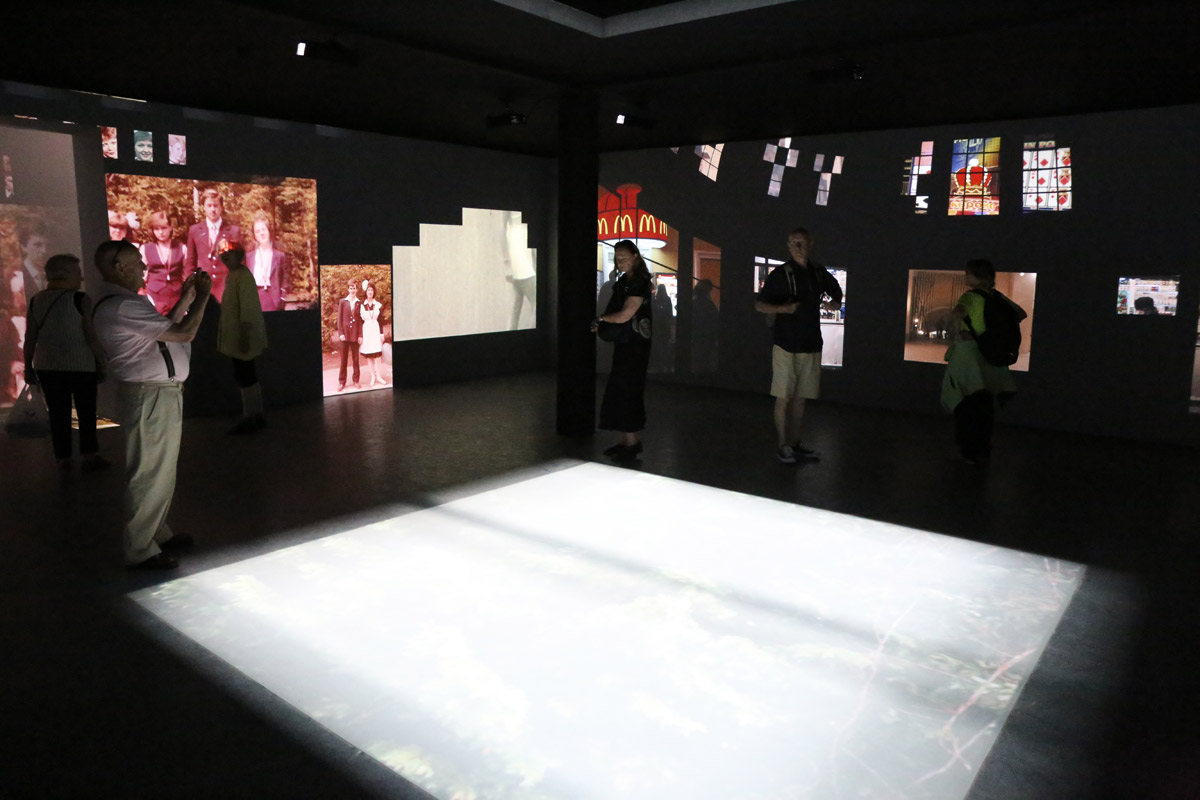 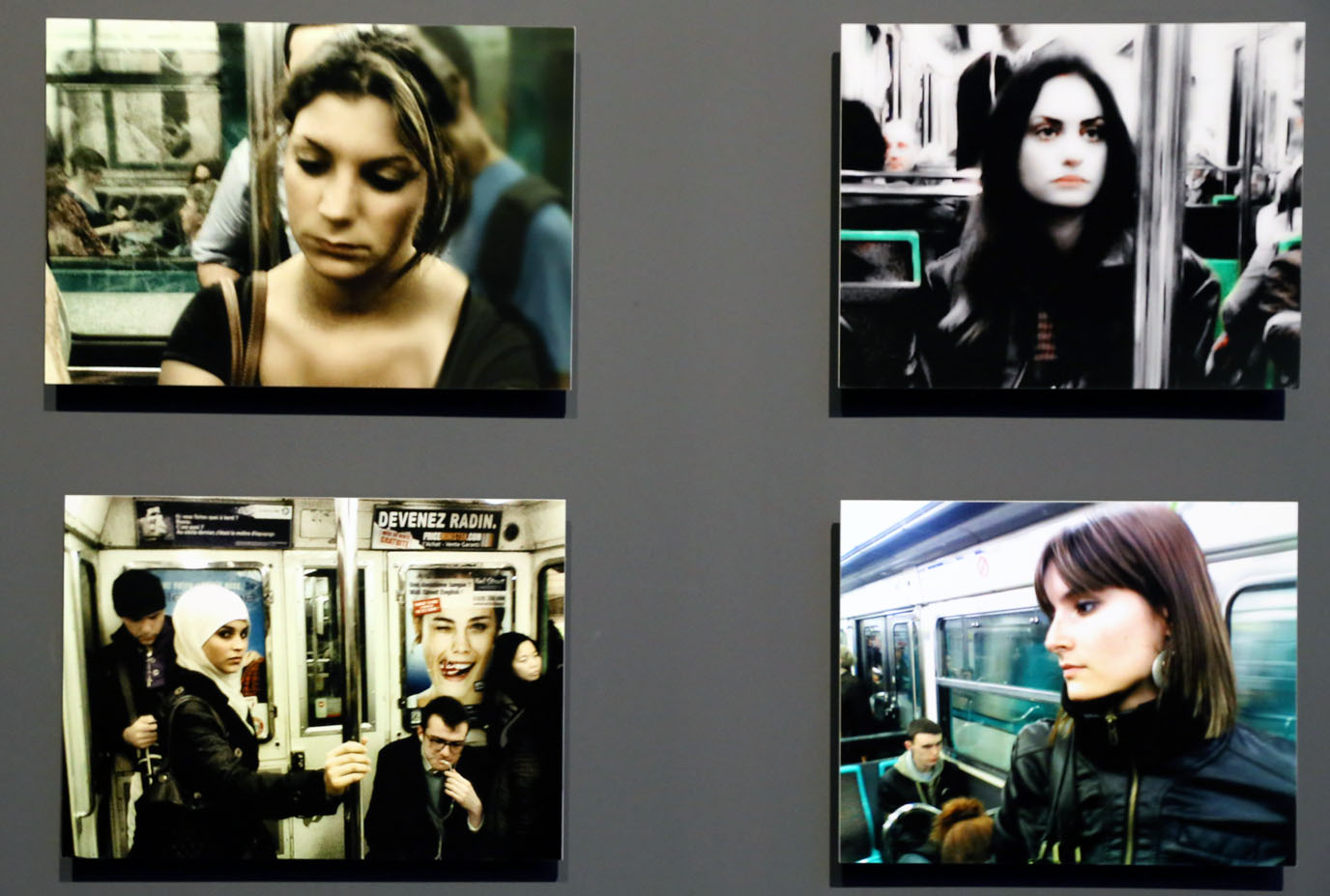 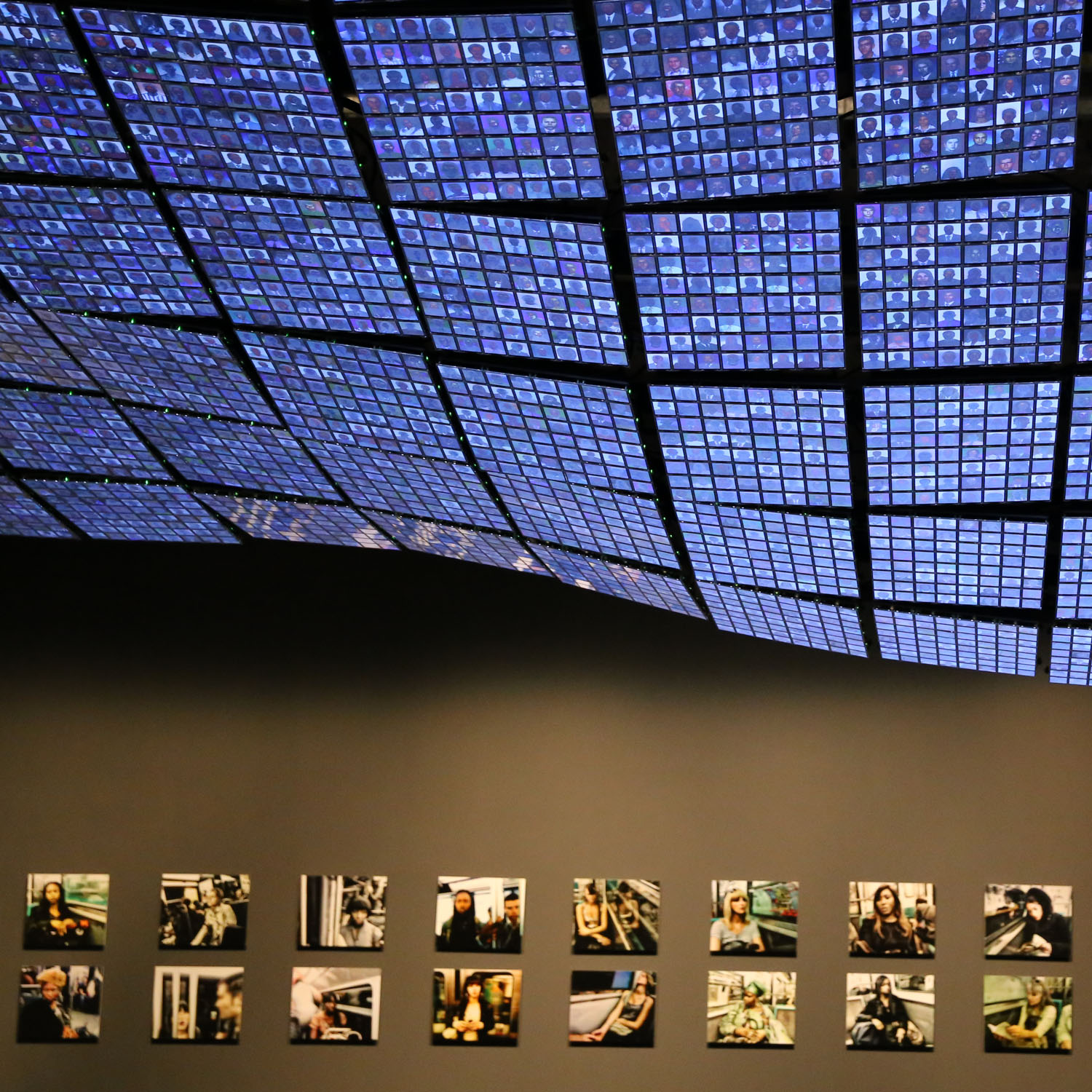 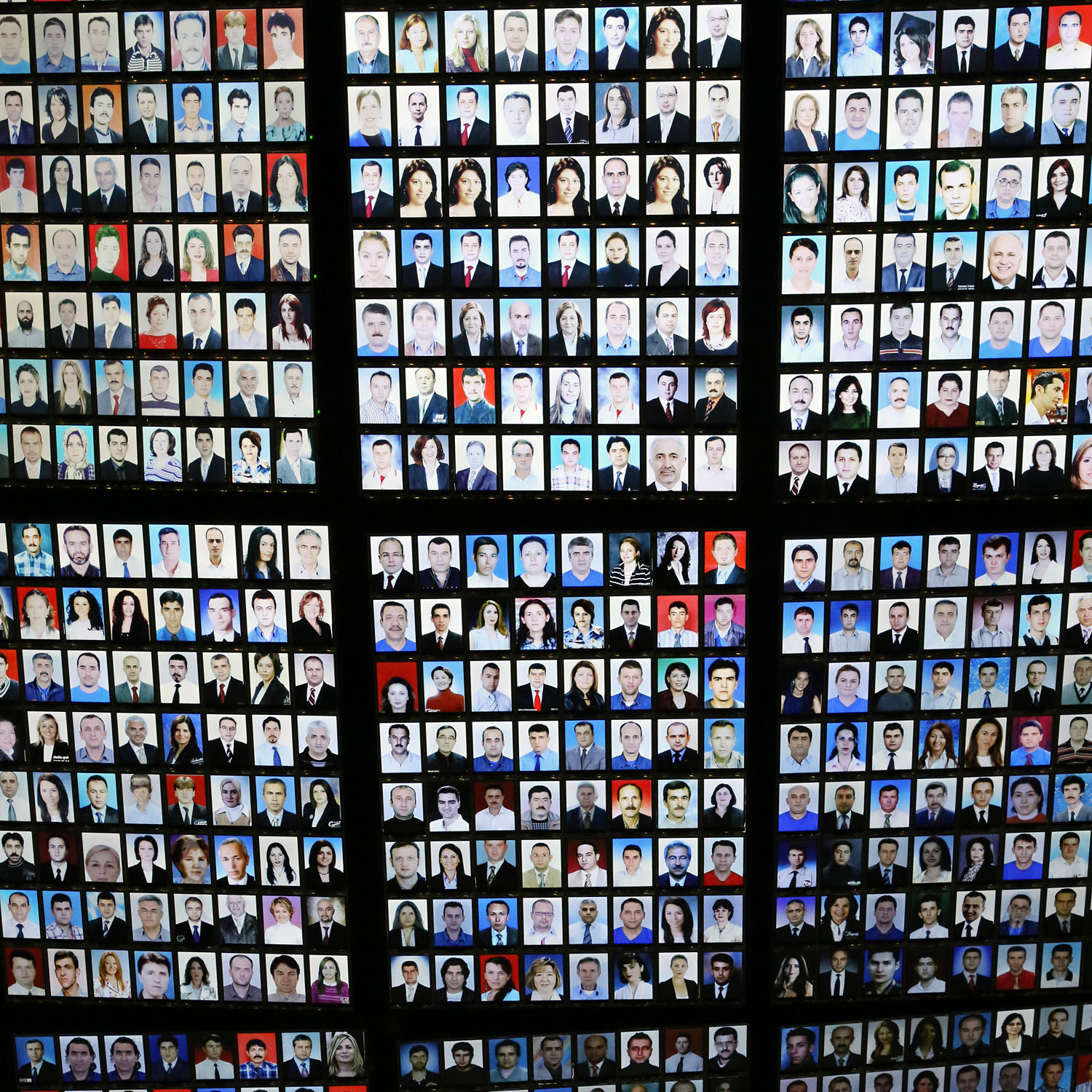 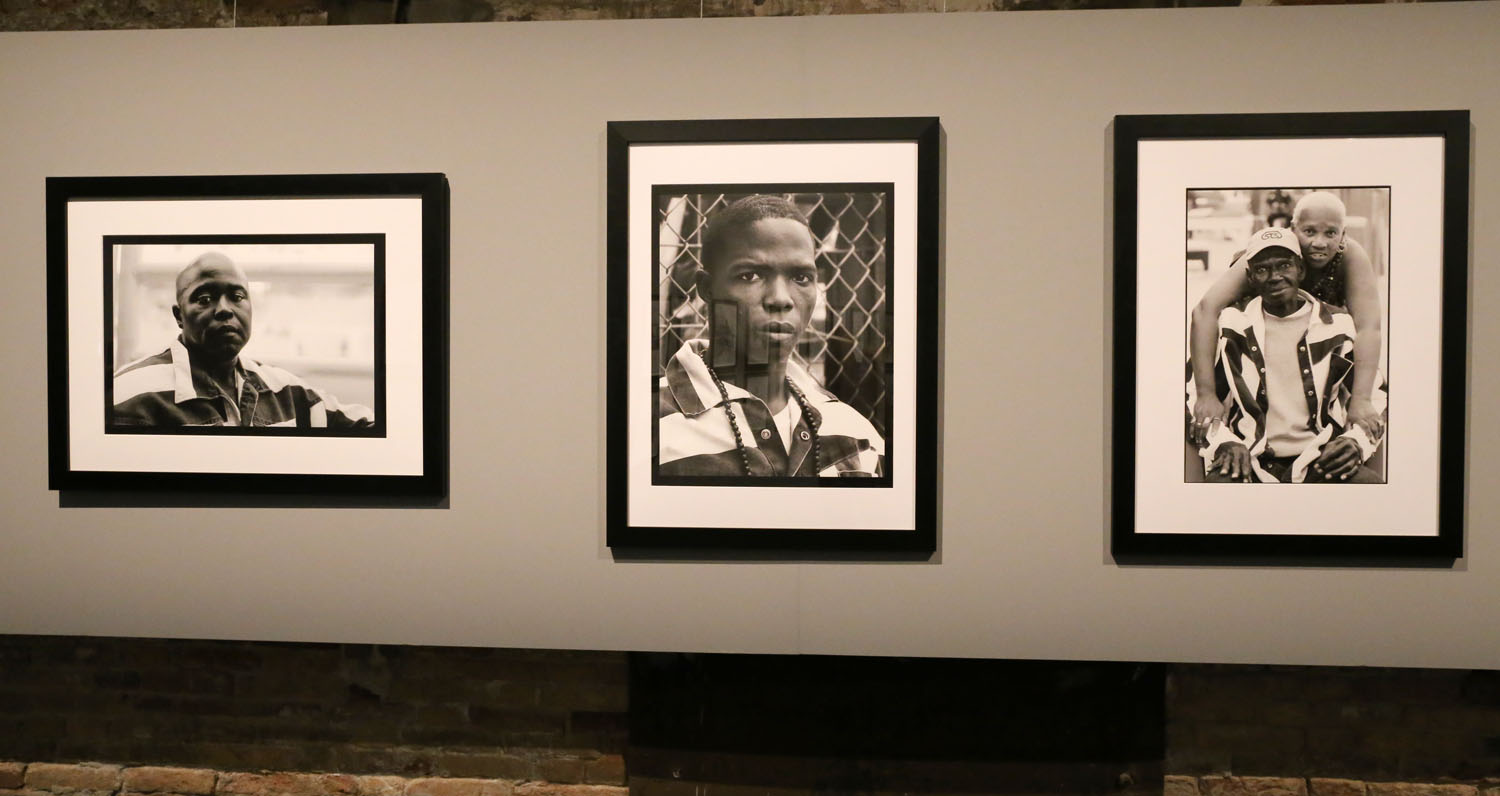 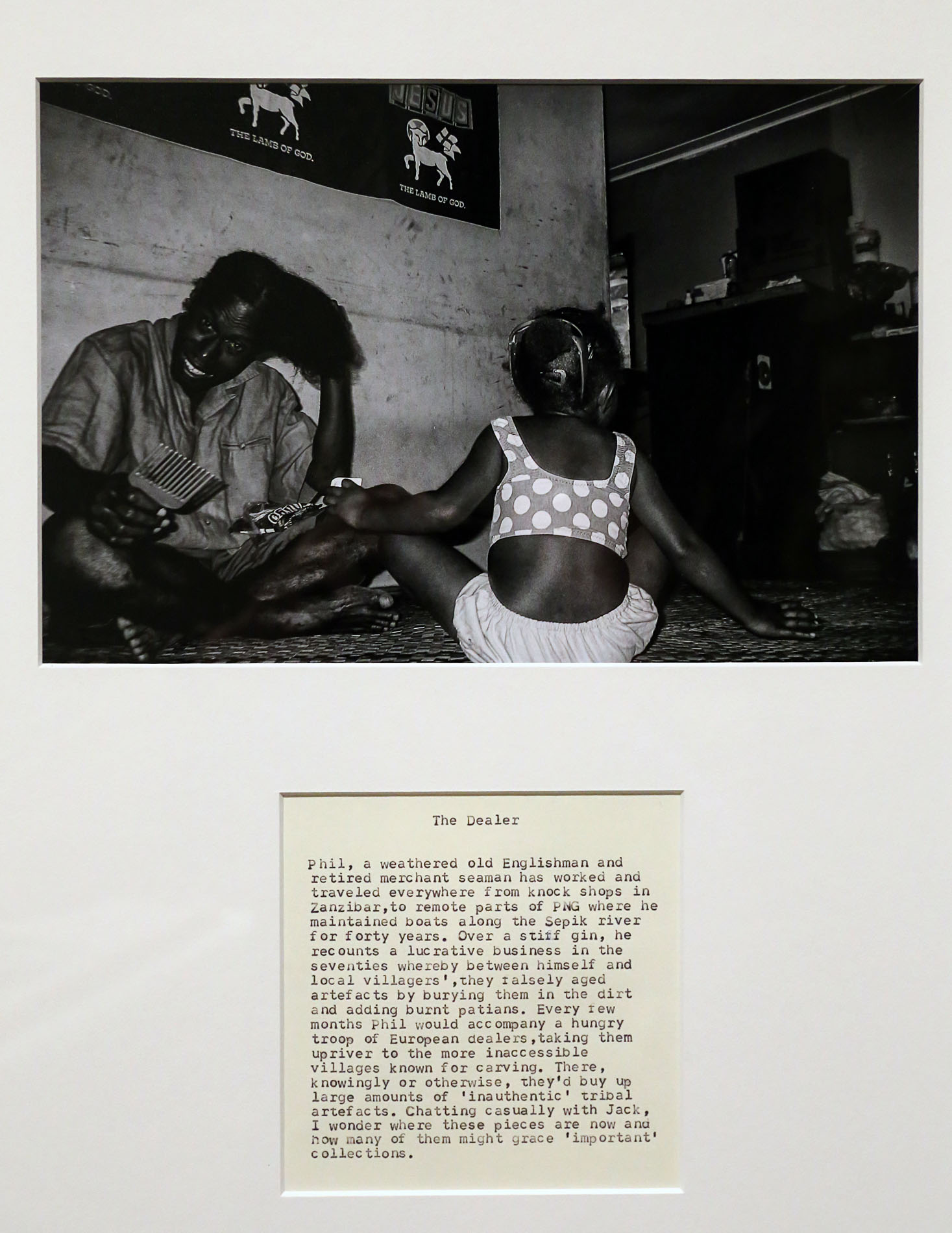 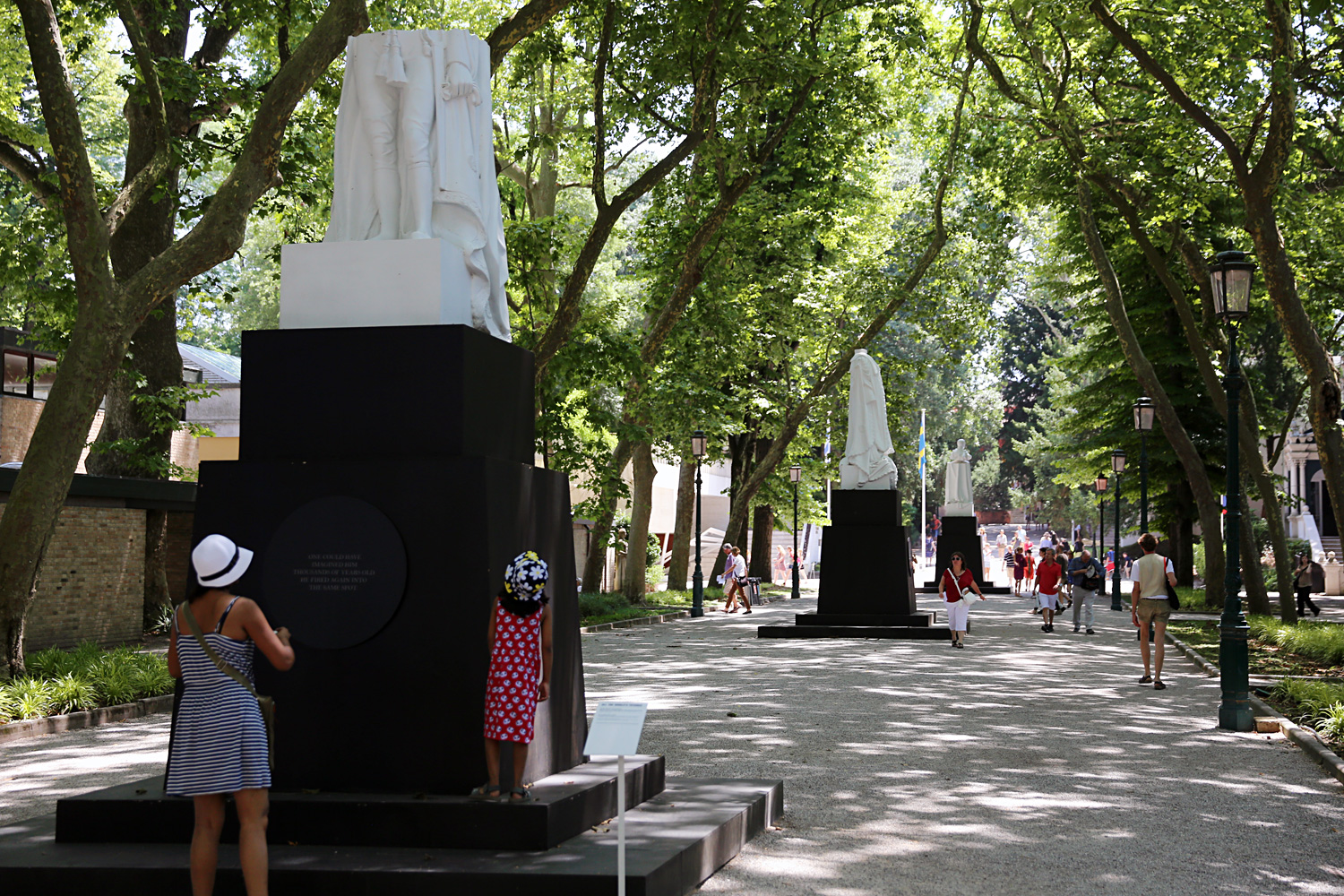 Photography at the 2015 Venice Art Biennale

The Biennale di Venezia (on view now through November 22, 2015) embraces the most contemporary practice within a city that speaks to art history. In many ways the city itself has become an extended installation art work. This Biennale showcases artists who employ a range of media which can include photography, but not exclusively. You have to seek out interesting photographic expressions. While this Biennale was taken to task by early critics during the opening week who felt bludgeoned by works positioned to present a political statement, if one spends time with the this city-wide presentation, there is much nuance and subtlety to find.

Similarly, there are exemplary projects in video and photography of interest to ICP’s public. For those who have followed ICP’s exhibitions over the past few years, you know the curatorial work of Okwui Enwezor who has organized several politically and culturally provocative exhibitions: Snap Judgments: New Positions in Contemporary African Photography (2006), Archive Fever (2008), The Rise and Fall of Apartheid (2012). Enwezor explores politics and art At the Venice Biennale of 2015, as he did on the large stage of Documenta 11 (2002) in Kassel, Germany.

Photography of note in this year's Venice Biennale are two of Andreas Gursky’s large-scale prints exploring sites of laboring activity. Here color values bring together two very disparate activities: the trading of commodities at the mercantile exchange and the production of mass-produced, yet hand-made products created from the raw materials that are traded on the world market.

Okuwi Enwezor’s connection between handwork in Vietnam and high finance in Chicago is further transformed when one considers that some of Gursky’s earlier works have sold for nearly $4 million dollars. This form of capitalist confusion permeates much of this year’s Biennale.

Bow of the Yacht Limitless, owned by Les Wexner, founder of Limited Brands. Les Wexner is an Ohio philanthropist and major supporter of the Wexner Art Center, University of Ohio” and many organizations in the medical field.

Starting in 1895 the Venice Biennale is the first international art exhibition. It now includes two main sections, the Giardini (garden), which includes pavilions built by individual nations over the past 120 years, and the Arsenale, which is organized by the guest curator.

The national pavilions commission their own curator and highlight an artist from their country. For example, the Russian Pavilion was constructed under the last Czar in 1914 and has hosted exhibitions by the USSR, the CIS, and again Russia. This year’s Russian submission is a series of installations by a former dissident artist under the Soviet Union, Irina Nakhova. The multi-room project was organized by Margarita Tupitsyn who in 2004 curated an ICP exhibition titled Photography and Montage After Constructivism on the Russian artists, Gustav Klutsis and Valentina Kulagina. The ground floor includes video and projected vernacular snapshots while the upper floor makes a dramatic transition from darkness permeated by red light to withering white when a covered skylight opens.

Installation view of the Russian Pavilion organized by a former dissident artist under the Soviet Union, Irina Nakhova.

The other major section within the Biennale inhabits the old naval factory, the Arsenale. This enormous space is the main area organized by Okwui Enwezor. It is a series of rooms with disparate but coherent installations in each area. There is a fascinating encounter with two artists addressing the question of anonymous portraits and aspects of identification in one and surveillance in the other.

Photographs by Chris Marker (France) of people on the Paris Metro.

Photographs by Chris Marker (1921-2012) of people on the Paris Metro surround an extended portrait using small ever-changing LCD video displays by Kutlug Ataman (1961 - ). This portrait is composed of ID photographs, displayed on over 10,000 LCD displays, of people who knew or were associated with the Turkish arts philanthropist, Sakip Sabanci. While it does not depict the individual, the work employs thousands of anonymous people who were separated by a few degrees from Sakip Sabanci.

Installation views of Kutlug Altama's work at the 2015 Venice Biennale featuring ID photographs, displayed on over 10,000 LCD displays, of people who knew or were associated with the Turkish arts philanthropist, Sakip Sabanci.

One aspect of Ewezor’s overarching theme when selecting representational artwork for the 56th Biennale is labor with a continual reference to Karl Marx’s Das Kapital, particularly among photographs selected for the exposition. Among more traditional but very effective photographic works are those done in collaboration by Keith Calhoun and Chandra McCormick of New Orleans. They have long documented the African American community of New Orleans, LA. These works look at what they term the “prison industrial complex” of Louisiana where mostly Black inmates are overseen by mostly White guards. Since prisoners labor on farms, these guards tower over them on horseback. The photographers also bring humanity back to the individual prisoners bringing their skills as portraitists to the prison cells.

Like many participants in the Biennale, Newell Harry of Australia incorporates photography into a larger installation. It includes fabricated artifacts associated with Pacific island culture, paintings of slogans that range from political to pop culture and photographs addressing labor presented in a museological fashion with explanatory text. The photographs are as much about storytelling as they are about a documentary tradition.

Within the Giardini section of the Biennale is the old pavilion that was called the “Aperto” for the open section. It remains another area organized by the guest curator. In this case Enwezor chose to darkly name this brilliant white façade, “blues blood bruise” with ominous black fabric hanging from above like huge stalactites. One striking installation that draws on all three words in this pavillion’s title is “Vertigo Sea” a three-channel video by John Akomfrah.

Born in Ghana but growing up in the UK, Akomfrah bridges continents, cultures and philosophical concerns in this 48 minute meditation. He brings together the diminishing glaciers, African slaves, emigration, whaling all within astonishing cinematography. You are drawn into contemplation of the video juxtapositions rather than assaulted by a single political position.

Unlike the many art fairs that dominate the economics of the art world the Venice Biennale continues to challenge and co-mingle new and more historical art works in a fresh context. A parting shot of the promenade at the Giardini (with installation work by Raqs Media Collective) presents statues of colonial period royalty, still towering but impotent.

Edward Earle has worked at the International Center of Photography for over 16 years. He has served as the the first IT Director, Curator of Digital Media, and as the Curator of Collections. During his tenure, Earle has handled collection management, web development, and the development of exhibitions and has served on curatorial teams for three Triennial exhibitions and a range of new media and web-based initiatives.

TOP IMAGE: Installation view of “Vertigo Sea”, a three-channel video by John Akomfrah (UK).
Related Items
Exhibition Snap Judgements: New Positions in Contempor... Exhibition Rise and Fall of Apartheid: Photography and... Exhibition Archive Fever: Uses of the Document in Cont... Exhibition A Different Kind of Order: The ICP Triennial Exhibition Ecotopia: The Second ICP Triennial of Photo...
This website stores cookies on your computer. These cookies are used to collect information about how you interact with our website and allow us to remember you. We use this information in order to improve and customize your browsing experience and for analytics and metrics about our visitors both on this website and other media. To find out more about the cookies we use, see our Privacy Policy.
I Accept I Decline