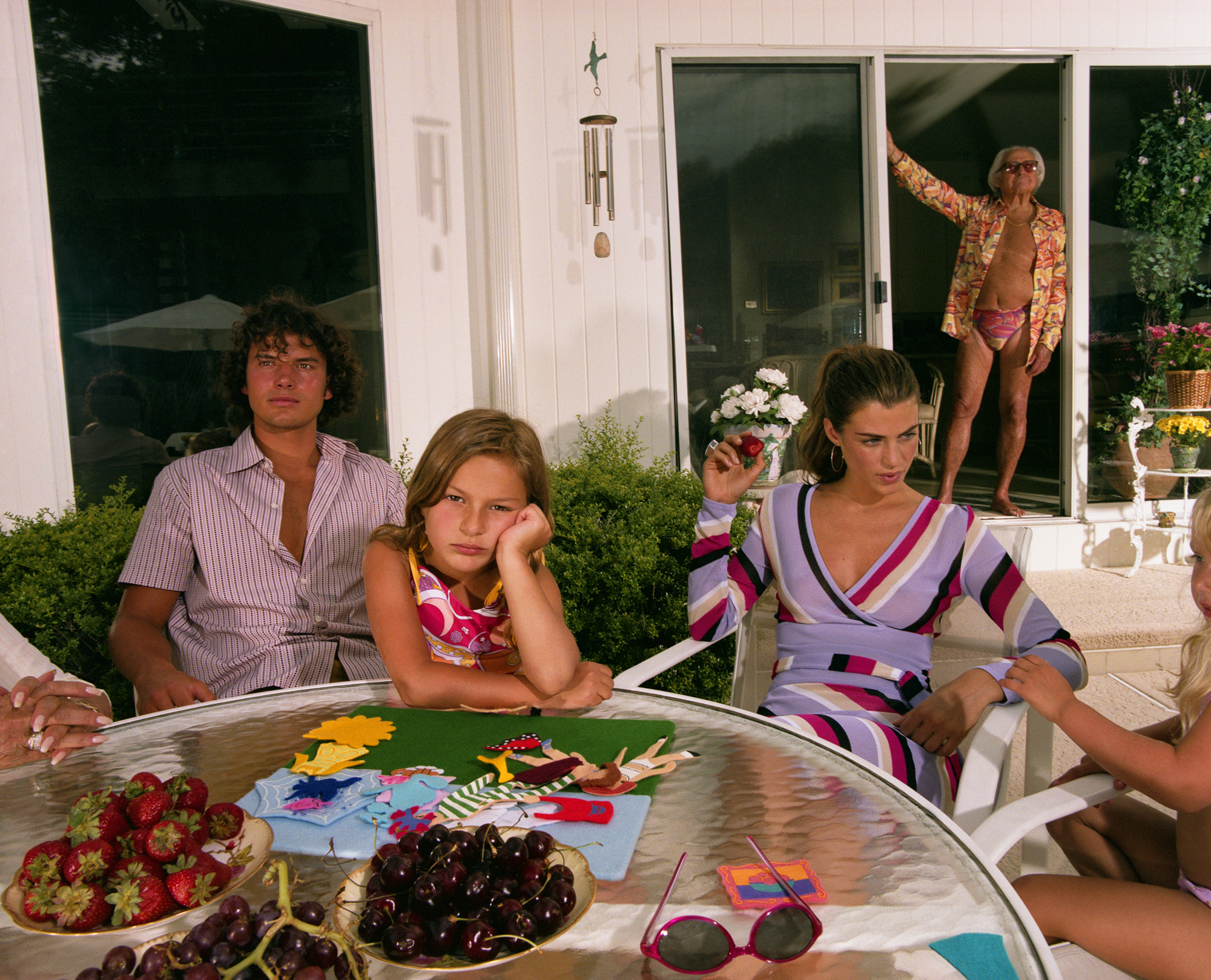 The exhibitions are presented in the museum’s new building at 79 Essex Street in New York, which opened in January 2020. Designed by the international architecture firm Gensler, the space unites the museum and the school for the first time in over 20 years.

David Campany, Managing Director of Programs, said, “These three upcoming exhibitions, which in their unique ways explore the interior lives of artists and their families, are appearing at ICP at an important moment when we are all looking at how to process the pandemic’s effect on our lives. I am humbled by the emotions and intimacy these artists share and the trust that they have imbued in the viewer.”

Funny, poignant, troubled, and challenging, Family Matters is photographer Gillian Laub’s two decade-long documentation of her family’s emotional and political dramas, combining photographs and audio recordings full of telling psychological detail. Her deeply personal and unsettling images document high emotion, unexpected humor, and deep love. As it moves through time, the exhibition becomes a microcosm of a deeply conflicted nation, as the artist and her parents find themselves on opposing sides of a sharp political divide—tearing at multigenerational family ties, and forcing everyone to ask what, in the end, really binds them together. An in-depth audio guide, voiced by Laub, shares family stories behind the images. The exhibition is curated by David Campany and coincides with the publication of a companion book by Aperture.

Diana Markosian: Santa Barbara presents the photographer’s compelling autobiographical narrative of her mother’s path from Russia to America with her two children in search of a better life. The exhibition juxtaposes an idealized, Hollywood-like version of the American dream with the often-startling reality of the immigrant experience. Curated by Sara Ickow, Manager of Exhibitions and Collections, and David Campany, Santa Barbara features staged images, film footage, and family photographs that reimagine the past and explore themes of family and memory.

Gillian Laub (b. 1975) is a photographer and filmmaker based in New York. She received a B.A. in comparative literature from the University of Wisconsin–Madison, before studying photography at the International Center of Photography. Laub has spent the last two decades investigating political conflicts, exploring family relationships, and challenging assumptions about cultural identity. Her works include the book Testimony (Aperture, 2007) and the book and HBO film Southern Rites (2015). Laub received a New York Foundation for the Arts fellowship in 2019. Her work is collected internationally and included in the public collections of the Harvard Art Museums, Cambridge, Massachusetts; High Museum of Art, Atlanta; Hood Museum of Art, Hanover, New Hampshire; International Center of Photography, New York; Jewish Museum, New York; and Museum of Fine Arts, Houston, among other institutions. She continues to contribute to many publications, including The New York Times Magazine, TIME, Vanity Fair, and The New Yorker.

Admission to ICP is by timed ticketed entry only to ensure limited capacity and other safety standards are met. Tickets can be reserved online at icp.org/tickets. Visitors are asked to arrive during the 30-minute window of your timed ticket to help us ensure a safe flow of people in the lobby. For more information about how we are welcoming you back safely, read our updated Visitor Information and Accessibility guidelines and policies.

Gillian Laub: Family Matters has been made possible through the generous support of Marina and Andrew Lewin and, in part, by an award from the National Endowment for the Arts.

Diana Markosian: Santa Barbara has been made possible through the generous support of an Anonymous Donor.

The International Center of Photography is the world’s leading institution dedicated to photography and visual culture. Cornell Capa founded ICP in 1974 to champion “concerned photography”—socially and politically minded images that can educate and change the world. Through our exhibitions, education programs, community outreach, and public programs, ICP offers an open forum for dialogue about the power of the image. Since its inception, ICP has presented more 700 exhibitions, provided thousands of classes, and hosted a wide variety of public programs. The International Center of Photography (ICP) launched its new integrated center on Manhattan’s Lower East Side in January 2020. Located at 79 Essex Street, ICP is the cultural anchor of Essex Crossing, one of the most highly anticipated and expansive mixed-use developments in New York City. Visit icp.org to learn more.