Photographer Diana Markosian Reconstructs and Reimagines her Family’s 1990s Journey from Post-Soviet Russia to the U.S. in "Diana Markosian: Santa Barbara" | International Center of Photography
Join our mailing list
Stay updated on our latest news.
exhibition
But Still, It Turns: Recent Photography from the World
News
Engage with ICP from Anywhere
News
We Need Your Support
exhibition
#ICPConcerned: Global Images for Global Crisis
event
ICP Talks: Cheriss May on Documenting Democracy
event
ICP Talks: Mari Katayama on “Myself and the Others: Self-Portraits and this World”
Shop Become a Member Support ICP Subscribe Login
The ICP museum is currently closed and we will reopen to the public on 9/24. Learn More
View Details
View Details 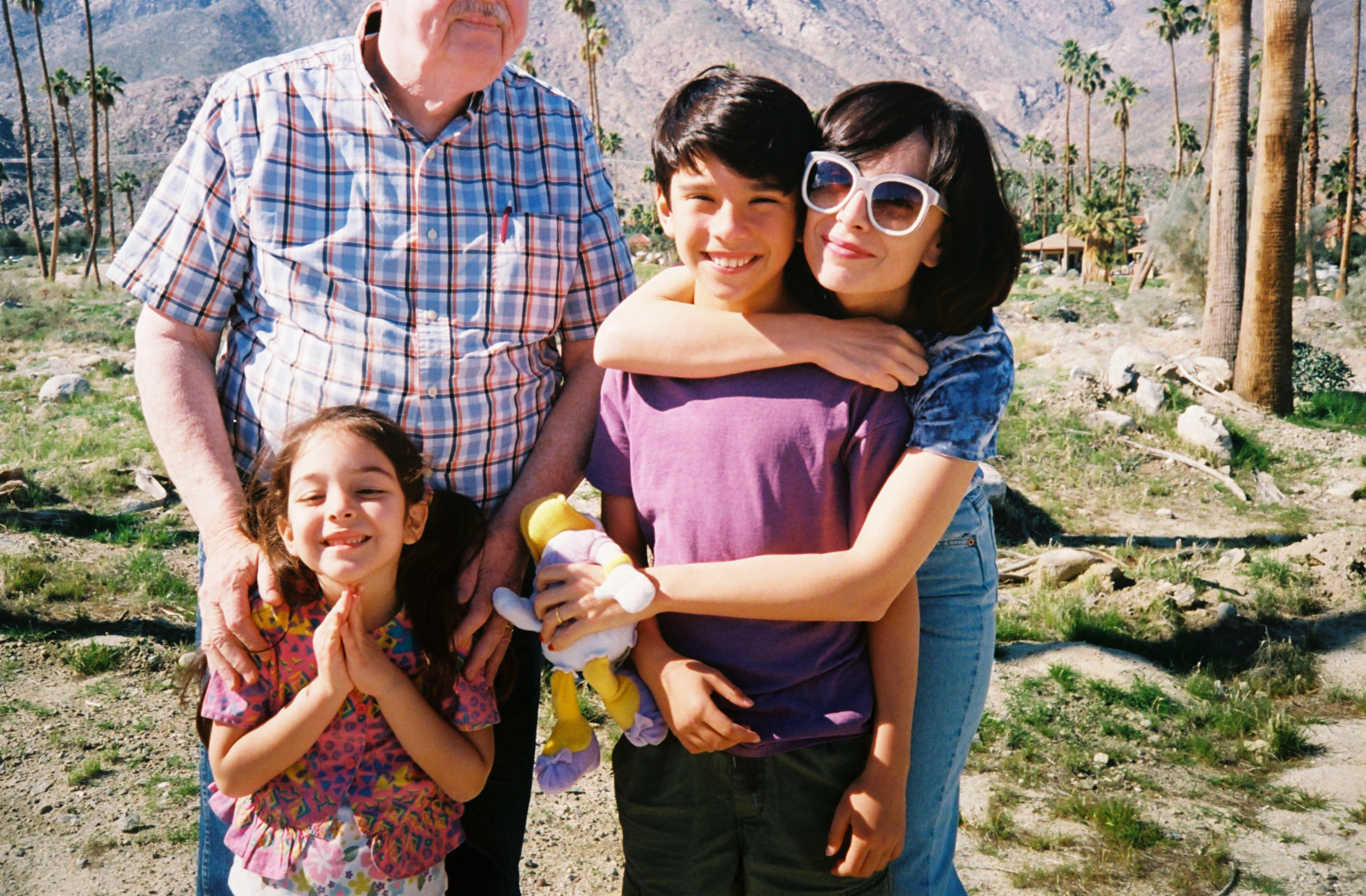 NEW YORK, NY — This fall, the International Center of Photography (ICP) presents an exhibition by Diana Markosian that contrasts the idealized expectation of the American Dream with the often dark and startling reality of the immigrant experience. On view from September 24, 2021 through January 10, 2022, Diana Markosian: Santa Barbara features staged and documentary images, film footage, and family photographs that reimagine the photographer’s autobiographical narrative following her mother’s path from Russia to America with her two children in search of a better life in the 1990s.

Exploring themes of family and memory, Diana Markosian: Santa Barbara is curated by Sara Ickow, ICP’s Manager of Exhibitions and Collections, and David Campany, ICP’s Managing Director of Programs.  Presented in the museum’s new building at 79 Essex Street in New York, which opened in January 2020, the fall/winter season at ICP also will feature the exhibitions Gillian Laub: Family Matters and INWARD: Reflections on Interiority.

Following the collapse of the Soviet Union, one of the first American television programs to be broadcast in Russia was Santa Barbara (1984-1993). Watching from her childhood home in Moscow with her family, Markosian saw the soap opera as a window into a world of fantasy, escape and the American Dream. Santa Barbara, California, became a mythical place that loomed large in the family imagination, and eventually, through her mother’s sacrifices, it became their home.

“This project is a time machine of sorts, one that goes back to the year 1996, when my mother woke me up in the middle of the night in our tiny home in Moscow. She told me we were going on a trip. The next day, we arrived at our new home in Santa Barbara, California. We had spent years watching the 1980s American soap opera Santa Barbara, and suddenly, we were there,” said Diana Markosian.

In her version of Santa Barbara, Markosian reconstructs and reexamines both the Russia and the America of her childhood, tracing her family’s real-life move as their dream became reality. An extension of her documentary practice, she sees the project as a reliving of her childhood on her own terms, inviting viewers to step into her family’s collective memory, using archival family materials, staged images, and a scripted film written in collaboration with Lynda Myles, one of the original writers of the 1980s television show Santa Barbara.

Markosian grants access to her family’s story, and also to her behind-the-scenes process of casting, wardrobe, and location. The tension between performance and reality, truth and fiction are further complicated by her willingness to pull back the curtain and expose her tools. As it moves from Moscow to America, Santa Barbara tests and challenges the limits of fiction, documentary, and memory.

“Combining different styles and storytelling techniques, Markosian is at the forefront of a new generation of image makers pushing the boundaries of documentary,” said David Campany.

A concurrent exhibition, Diana Markosian: Santa Barbara, is on view at the San Francisco Museum of Modern Art through December 12, 2021.

On September 26, 2021, 2 PM ET, ICP will host an in-person public program, Constructed Reality: Diana Markosian on Santa Barbara, featuring Markosian in conversation with the scriptwriter Lynda Myles and actors from the project. ICP will host additional public programs related to the exhibition throughout the fall, to be announced.

Gillian Laub: Family Matters is Gillian Laub’s two decade-long documentation of her family’s emotional and political dramas, combining photographs and audio recordings full of telling psychological detail. Her deeply personal images document high emotion, unexpected humor, and deep love. As it moves through time, the exhibition becomes a microcosm of a deeply conflicted nation, as the artist and her parents find themselves on opposing sides of a sharp political divide—tearing at multigenerational family ties, and forcing everyone to ask what, in the end, really binds them together. An in-depth audio guide, voiced by Laub, shares family stories behind the images. The exhibition is curated by David Campany and coincides with the publication of a companion book by Aperture.

Diana Markosian (b. 1989) takes an intimate approach to her photography and video storytelling, in work that is both conceptual and documentary. Her projects have taken her to some of the most remote corners of the world, and have been exhibited internationally. She holds a Masters of Science from Columbia University in New York. Her work is represented by Galerie Les Filles du Calvaire in Paris, France, and Rose Gallery in Los Angeles, California.

Admission to ICP is by timed ticketed entry only to ensure that limited capacity and other safety standards are met. Tickets can be reserved online at icp.org/tickets. Visitors are asked to arrive during the 30-minute window of their timed ticket to help ensure a safe flow in the lobby. ICP is committed to offering space and programs that are accessible to all audiences. We believe that diversity, equity, and inclusion are values that are integral to offering an open forum for dialogue around photography and visual culture that is open to all. For more information about how we are welcoming you back safely, read our updated Visitor Information and Accessibility guidelines and policies.

The International Center of Photography (ICP) is the world’s leading institution dedicated to photography and visual culture. Cornell Capa founded ICP in 1974 to champion “concerned photography”—socially and politically minded images that can educate and change the world. Through our exhibitions, education programs, community outreach, and public programs, ICP offers an open forum for dialogue about the power of the image. Since its inception, ICP has presented more 700 exhibitions, provided thousands of classes, and hosted a wide variety of public programs. ICP launched its new integrated center on Manhattan’s Lower East Side in January 2020. Located at 79 Essex Street, ICP is the cultural anchor of Essex Crossing, one of the most highly anticipated and expansive mixed-use developments in New York City. ICP pays respect to the original stewards of this land, the Lenape people, and other indigenous communities. Visit icp.org to learn more about the museum and its programs.