Eyes of the World: Robert Capa, Gerda Taro, and the Invention of Modern Photojournalism | International Center of Photography
Join our mailing list
Stay updated on our latest news.
exhibition
But Still, It Turns: Recent Photography from the World
News
Engage with ICP from Anywhere
News
We Need Your Support
exhibition
#ICPConcerned: Global Images for Global Crisis
event
ICP Talks: Cheriss May on Documenting Democracy
event
ICP Talks: Mari Katayama on “Myself and the Others: Self-Portraits and this World”
Shop Become a Member Support ICP Subscribe Login
Please note that ICP’s school will be closed Monday, July 4.

Eyes of the World: Robert Capa, Gerda Taro, and the Invention of Modern Photojournalism

Join authors Marc Aronson and Marina Budhos at the ICP Museum for a book signing celebrating the release of Eyes of the World: Robert Capa, Gerda Taro, and the Invention of Modern Photojournalism, which documents the life, love, and photojournalistic perspective of the pioneering war photographers Robert Capa and Gerda Taro.

The ICP Museum has extended hours every Thursday night and is pay-what-you-wish from 6­ to 9 PM. Eyes of the World will be available for purchase in the ICP Museum’s welcoming public space from 6 to 7 PM.

Robert Capa and Gerda Taro were young Jewish refugees, idealistic and in love. As photographers in the 1930s, they set off to capture their generation's most important struggle―the fight against fascism. Among the first to depict modern warfare, Capa, Taro, and their friend Chim took powerful photographs of the Spanish Civil War that went straight from the action to news magazines. They brought a human face to war with their iconic shots. Eyes of the World documents their lives, their mission, their relationship, and their legacy.

Marc Aronson and Marina Budhos are writers whose first joint book was the acclaimed Sugar Changed the World. Aronson is a passionate advocate of nonfiction and the first winner of the Robert F. Sibert Medal for Excellence in Nonfiction. Budhos writes fiction and nonfiction for adults and teenagers, including the recently published Watched. Aronson is a member of the faculty in the Master of Information program at Rutgers University, and Budhos is a professor of English at William Paterson University. They live with their two sons in Maplewood, NJ. 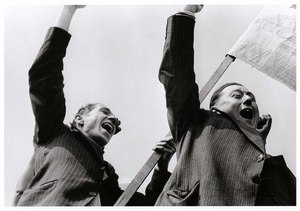 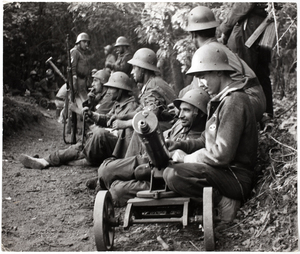 gerda taro [Republican soldiers with tanks and riffles...
This website stores cookies on your computer. These cookies are used to collect information about how you interact with our website and allow us to remember you. We use this information in order to improve and customize your browsing experience and for analytics and metrics about our visitors both on this website and other media. To find out more about the cookies we use, see our Privacy Policy.
I Accept I Decline