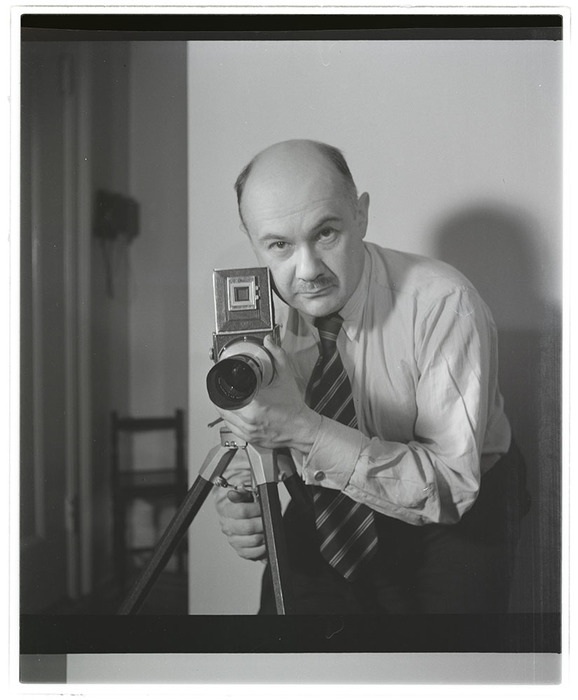 Born in 1897 to a wealthy Russian-Jewish family, Vishniac immigrated to Berlin in 1920 in the aftermath of the Russian Revolution. As an amateur photographer, he took to the streets with his camera throughout the 1920s and ’30s, offering astute, often humorous visual commentary on his adopted city and experimented with new and modern approaches to framing and composition. Documenting the rise of Nazi power, he focused his lens on the signs of oppression and doom that soon formed the backdrop of his Berlin street photography. From 1935 to 1938, while living in Berlin and working as a biologist and science photographer, he was commissioned by the American Jewish Joint Distribution Committee (JDC), then the world’s largest Jewish relief organization, to photograph impoverished Jewish communities in Central and Eastern Europe. On New Year’s Eve, 1940, he arrived in New York and soon opened a portrait studio. At the same time, he began documenting American Jewish communal and immigrant life and established himself as a pioneer in the field of photomicroscopy. In 1947, Vishniac returned to Europe and documented Jewish displaced persons camps and the ruins of Berlin. During this time, he also recorded the efforts of Holocaust survivors to rebuild their lives, and the work of the JDC and other Jewish relief organizations in providing them with aid and emigration assistance.
See Roman Vishniac Exhibition website