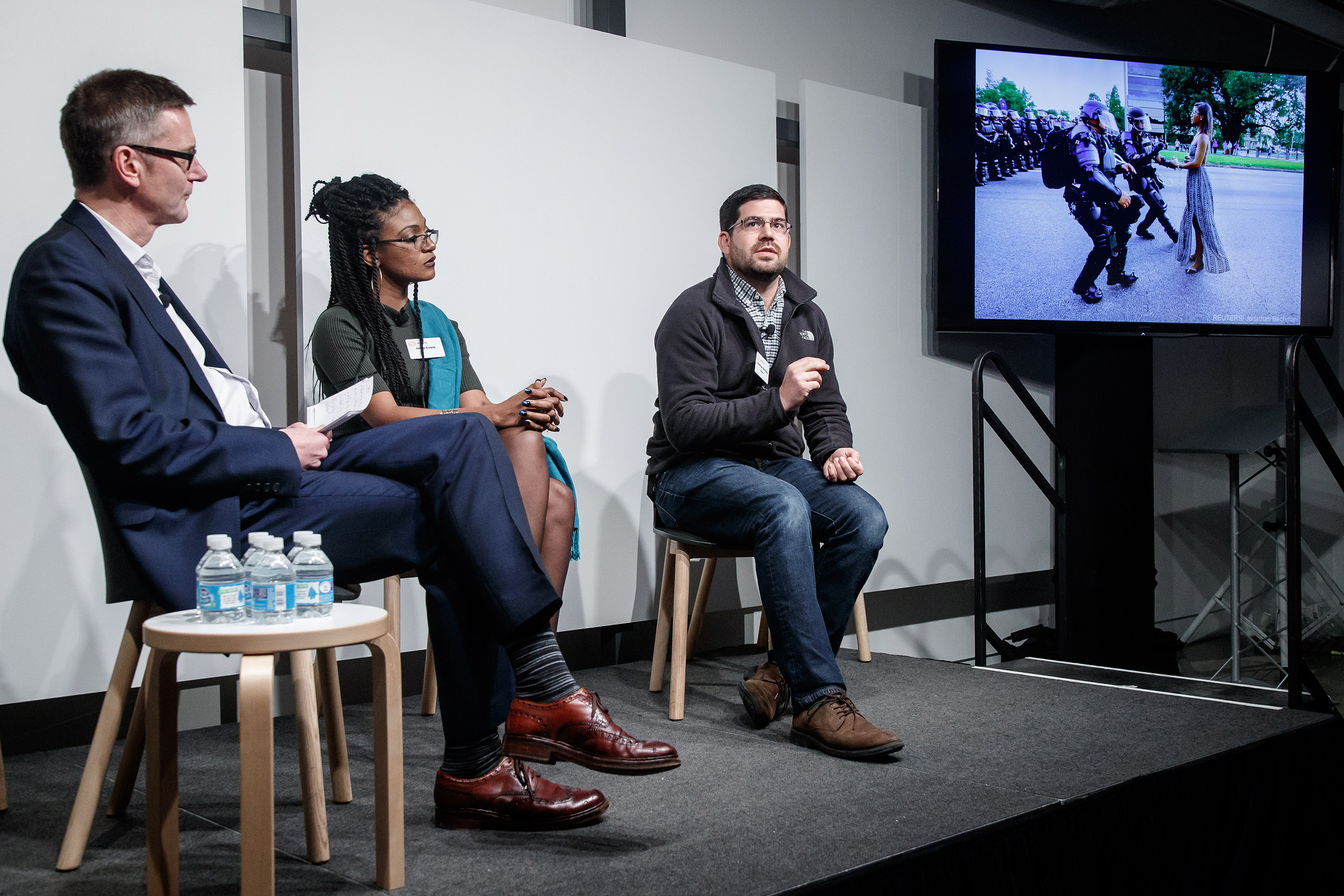 Iconic in an Instant? One Trillion Images

On Monday, December 5, Reuters and the International Center of Photography hosted “Iconic in an Instant? One Trillion Images,” a special event which brought together Pulitzer Prize-winning photojournalists, photo editors, and leaders in media to discuss critical issues in photojournalism today.

The half-day event at the ICP Museum in New York began with opening remarks from ICP’s Executive Director Mark Lubell and Reuters’ Editor-in-Chief Steve Adler. The day covered a series of topics including the risks and rewards of combat photography, forensically detecting photo manipulation, the ethics of publishing shocking images, the role of the photo editor in the digital age, and more.

Key highlights of the program included:

In addition, ICP’s adjunct curator Joanne Lehan discussed the upcoming ICP Museum exhibition, Perpetual Revolution: The Image and Social Change. The show, which opens January 27, 2017 and runs through May 7, 2017, will examine today’s often overwhelming image universe through five critical contemporary issues—all of which have been transformed by visual culture: #BlackLivesMatter, gender fluidity, climate change, terrorist propaganda, and the refugee crisis. Lehan spoke to the latter, the portion of the show she organized.

To see more highlights of the event, search #iconicinstant on Twitter.

A special thank you to American Photo who chronicled the half-day conference and shared the "five most inspiring takeaways from Reuters and ICP’s #IconicInstant event.”