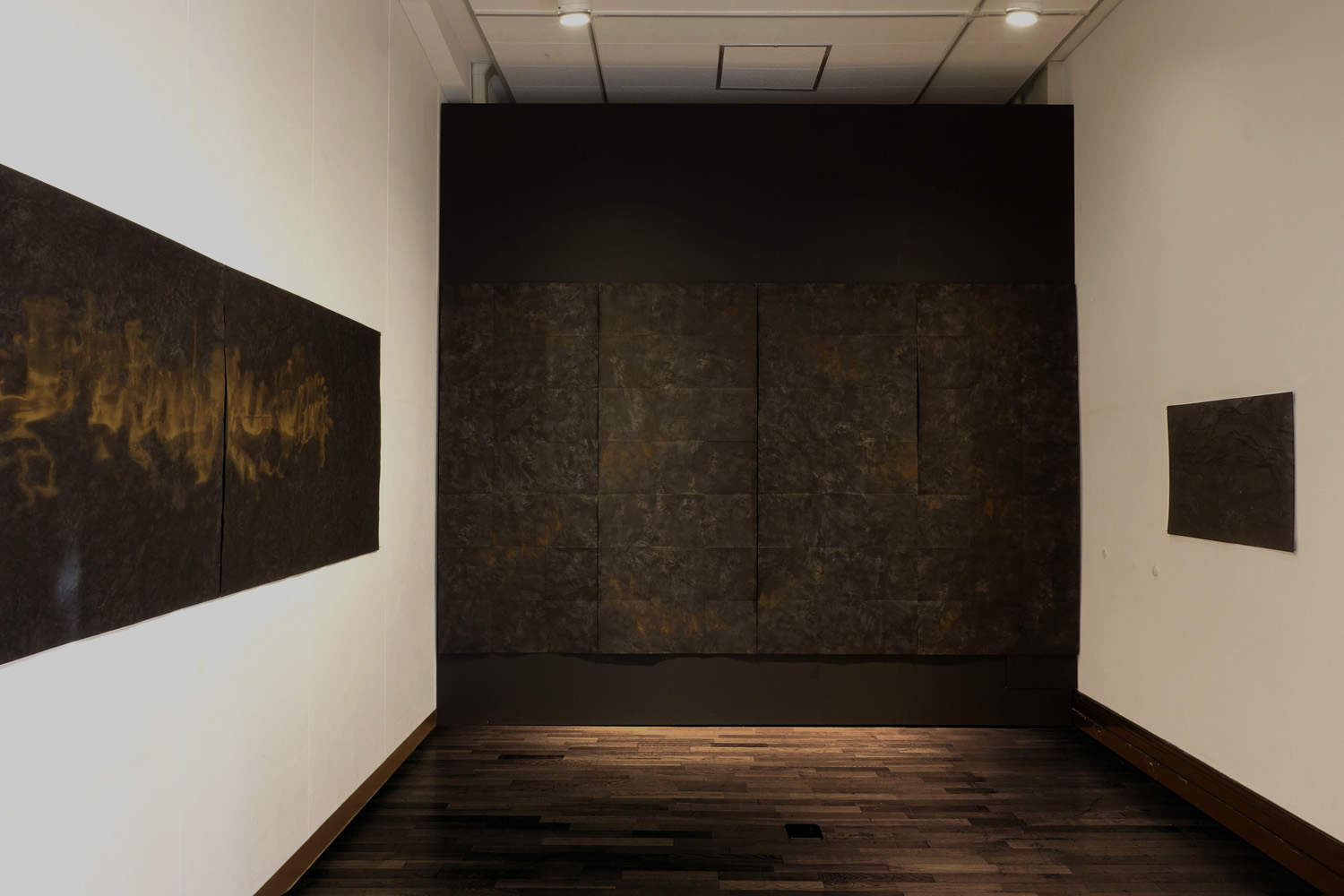 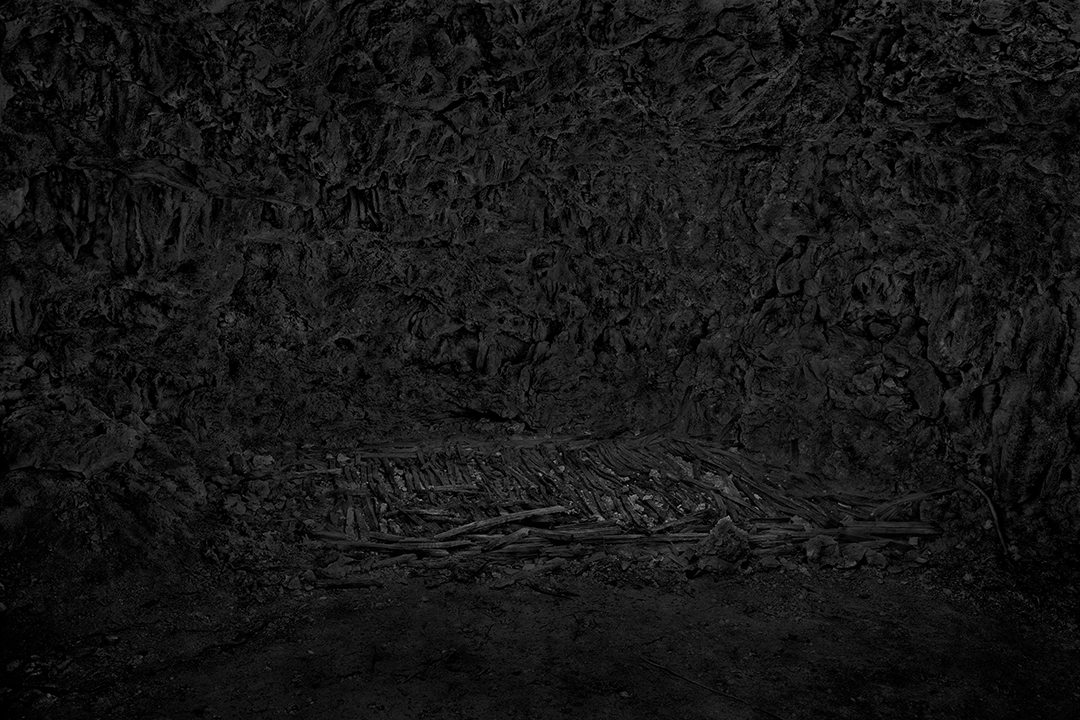 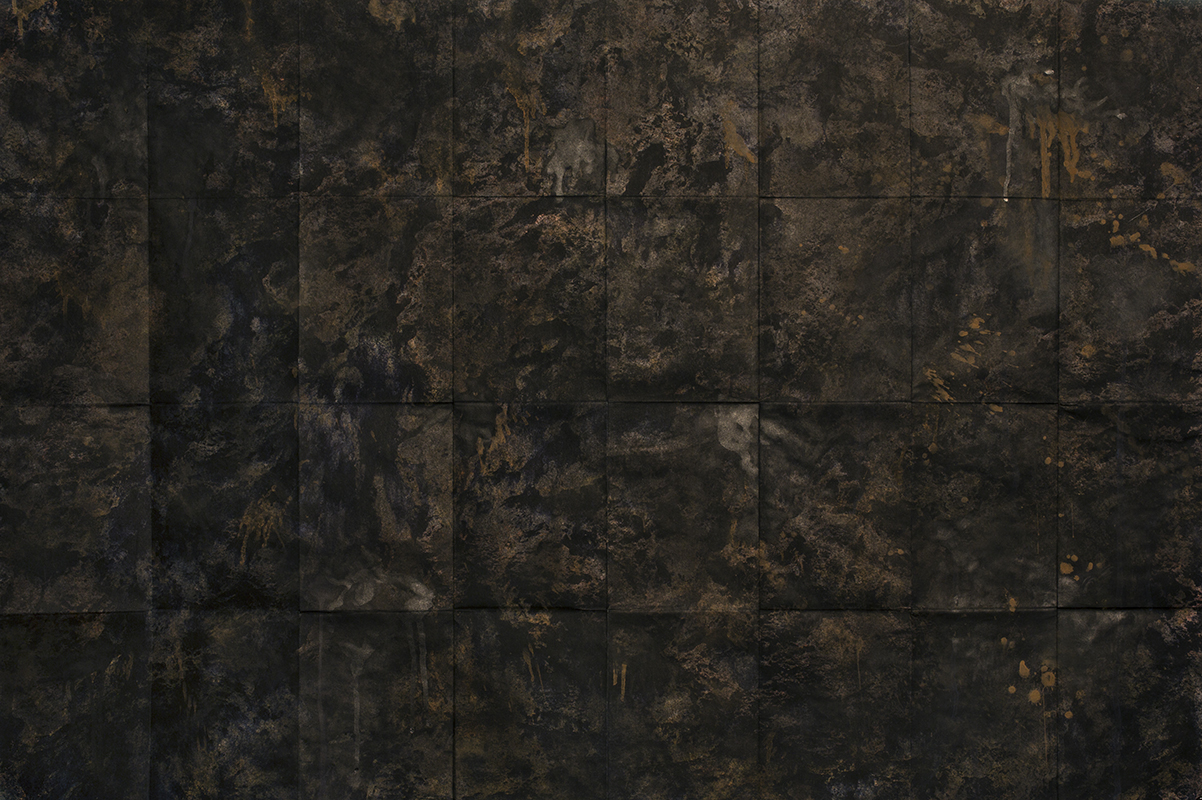 Nandita Raman speaks to Osamu James Nakagawa, an artist in "I need my memories. They are my documents.", a group exhibition she curated on view at sepiaEYE gallery through October 31, 2015.
Interview

Despite the slipperiness of memory, Louise Bourgeois insists that they are her documents and adds, "You have to differentiate between memories. Are you going to them or are they coming to you? If you are going to them, you are wasting time. Nostalgia is not productive." Documentation is often done to create an archive, a remembrance, but Bourgeois reverses this process choosing to rely on the mutable and the uncertain. The paradoxical place between memory and document is the location of the works in this exhibition.

Installation view, Photography: What You See & What You Don’t at Tokyo University of the Arts.

The group exhibition, "I need my memories. They are my documents." at SepiaEYE gallery features photographs and videos by five artists who work with a repository of existing visual materials. Osamu James Nakagawa brings together the contrary moments of the past and the present into his triptychs and collages. In Ma: Between the Past, Nakagawa juxtaposes his images of Japan and the United States with his father's and grandfather's photographs and film strips that were handed down in a suitcase by his father. The repetition of some of the motifs, like the mountain in his work that is multiplied by its reflection in water and lingers on the neighboring image’s wallpaper, brings attention to movement and displacement. Nakagawa says, "I began to question my own past, not only my memory, but also the unfamiliar past that I had inherited. This series searches for a link to my past and its future passage to my daughter."

Nandita Raman: You seem to have two distinct strains in your practice—political and personal. Do they feed into each other? How?

Osamu James Nakagawa: Yes, I have two modes of working. One is personal and introspective; the other is to visualize the political, social, cultural, and historical events through my cross-cultural experiences. When I was younger I separated the two, but as I've gotten older I have merged the two different modes of working to connect the viewer with both a visual and sensory experience.

When I exhibited the Banta Cliff work, many people mentioned that they felt a sense of vertigo when viewing the work and sometimes they see faces in the texture of the cliff's surface. They have been internalized as ghostly or spiritual photographs. With the Gama Cave work, I wanted to create work that can give the audience a visceral experience.

My recent series of work, Yami: Darkness, further pushed the idea of sensory experience. I saw Richard Serra's drawings at the Menil Collection in Houston a few years ago and thought, I want to make something like this so that the viewer is contained in darkness and perhaps initiate conversations with the spirits in the cave. At the time, I was going through personal problems, and I questioned my own darkness as well. So the point of departure is historical Okinawan cave images, but I was able to weave this historical content within my personal and emotional experiences. I couldn't do that when I was younger. I would like to invite the audience to experience what I have experienced in the caves. Though at the same time I’m questioning the representational image too. Because photography tends to be literal: you see what you see and then people try to understand it. I want my work to connect with the audience in a sensory and visceral way. I want the viewer to get into their emotional space.

In Ma: Between the Past how did you come to the form of triptych?

I think triptych was my solution to weave and make sense out of three generations of images between United States and Japan. I inherited the family archive from my father before he passed away. I remember I didn’t know what to do with them for a while, and questioned why he gave me these photographs. Who is in the photographs? And what is my connection to these images….

I became concerned with how to stretch the familial past from generations and to represent my own time. If my grandfather stayed in Japan the whole time, the cross-cultural familial history may not have happened. But he was working for a company that developed war aircrafts, fighter planes known as Zero. My grandfather went to Europe in 1928 before World War II. That is the ship image in the here… there… piece in the show.

By going through all the family archive photographs, it made me question the act of taking photographs and trying to make sense out of the vast amount of photographs I was taking at that time. It was a collection for my memory but I didn't know what to do with it. I started questioning my own memory, the meaning of snapshots, and inherited family photographs.

How were your father's images compared to your grandfather's? And how do you compare what you consider photographable with the repository that was passed down to you?

The difference between my image and their image is probably that mine is intentionally fragmented. Their photographs are more genuine images.

Passing View, Ma: Between the Past. © Osamu James Nakagawa.

Why do you say that their images are more genuine?

I feel that family album photographs are more genuine in the way that these images were meant to privately share with family members to remember their life. I am more aware when I am making images. My triptychs function as a memory trigger to connect past and present. It has a candid quality. I used my images to offset the cliché imagery from Japan and United States. I intentionally selected images that are familiar to both cultures to construct these triptychs.

And the large print that has the 8mm film on top?

Yes, that's my father's home movies from New York City and California. They went back to Japan right after I was born. On the way back to Tokyo, they traveled from New York to Los Angeles, San Francisco to Honolulu and back. My brother was five-years-old. So of course they went to Disneyland. And there are incredible home movies from Disneyland. I wanted to use that kind of American iconographic utopian place where everybody went. That was dreamland back then. Combining the 8mm filmstrips and my grandfather's archive images visually connected the weaving of a different time in our familial history.

And what's the image behind, the other image in that panel?

That's a Castle piece. The one behind it is an image from 1912. My grandfather is in high school. It was a celebration of construction of new house where he went to study. My grandfather's family was farmers from Shikoku Island. During that time the wealthy Japanese would provide lodging and education to young students, so my grandfather went to Osaka to stay with a family member.

Castle, Ma: Between the Past. © Osamu James Nakagawa.

You have been teaching for a very long time. Does it fold into your practice?

I think that without teaching at Indiana University, I wouldn't be able to try so many different ways to create work. Because I'm exposed to so many different ideas and attempts by my students, that pushes me to think about photography and work from different perspectives. Perhaps it's directed to myself, but I always ask them to push beyond their own expectations and surprise themselves.

I like to challenge students to think about what is relevant in photography now. I am interested in how photography has been changing, but teaching makes me examine how it relates to my own work. I am seeking new ways to represent my idea in photographic medium.

In a lot of your projects you are working with new technologies. What's your process? Do you have to do a lot of research?

Yes. My concern comes first, but I have to do a lot of research to sort through the visualization and conceptualization of my work. I'm always interested in the latest development in photography and I am interested in incorporating a new approach.

In addition to photography or art lets say, what are your other interests?

My family is very interesting. I have a teenage daughter so I have to keep negotiating constant struggles with unconditional love. I like cooking and eating good food. I make my own miso and special hot oil every year to share with my friends. Recently, I started swimming. What I like about swimming is while swimming you can go into the meditative state and exercise at the same time.

What are you working on currently?

The idea came from being in Okinawa for a long period of time. I'm making two works, one about the war memorial, and the other about the military base. I think this is more like an installation piece. There’s a lot I could say about this work.

What is that series called?

I haven't named it yet. I haven't showed it yet. Specifically, I am interested in visualizing the tension between mainland Japan, Okinawa, and the United States. I visited the war memorial in Okinawa, and singled out words in the text like rain, bullet, comfort, blood, forget, scar, burn, protect, and so on. I am interested in deconstructing the political agenda and the military glorification embedded in this text. I digitized the rubbing into transparencies and exposed these with the Okinawan sun onto gettoh-shi (Okinawan wild ginger paper) coating with ocean water to produce a combination of salt and cyanotype prints.

In the '50s-'70s, Okinawa was a major hub for the U.S. military presence in East Asia: soldiers, weapons, and supplies. When Okinawa was returned to Japan, the U.S. military stayed and today still 60% of the US base presence in Japan is concentrated in Okinawa against the civilians' will. I think the military fence represents 70 arduous years of constant betrayal by the Japanese and U.S. government for the Okinawan people. I exposed cyanotype photograms of the military fence to represent the current issues surrounding the relocation of the Futenma helicopter base and constructing a new base in Henoko within the Okinawa prefecture.

I am planning to create an installation with these works and exhibit in the near future.

The group exhibition "I need my memories. They are my documents.”, curated by Nandita Raman and featuring works by Pradeep Dalal, Shambhavi Kaul, Osamu James Nakagawa, Neal Oshima, and Vivan Sundaram, is on view at sepiaEYE Gallery in New York City through October 31, 2015.

Nandita Raman
Related Items
Interview Neal Oshima Interview Pradeep Dalal Interview Shambhavi Kaul Interview Art Historian Iliana Cepero Interview Vivan Sundaram
This website stores cookies on your computer. These cookies are used to collect information about how you interact with our website and allow us to remember you. We use this information in order to improve and customize your browsing experience and for analytics and metrics about our visitors both on this website and other media. To find out more about the cookies we use, see our Privacy Policy.
I Accept I Decline