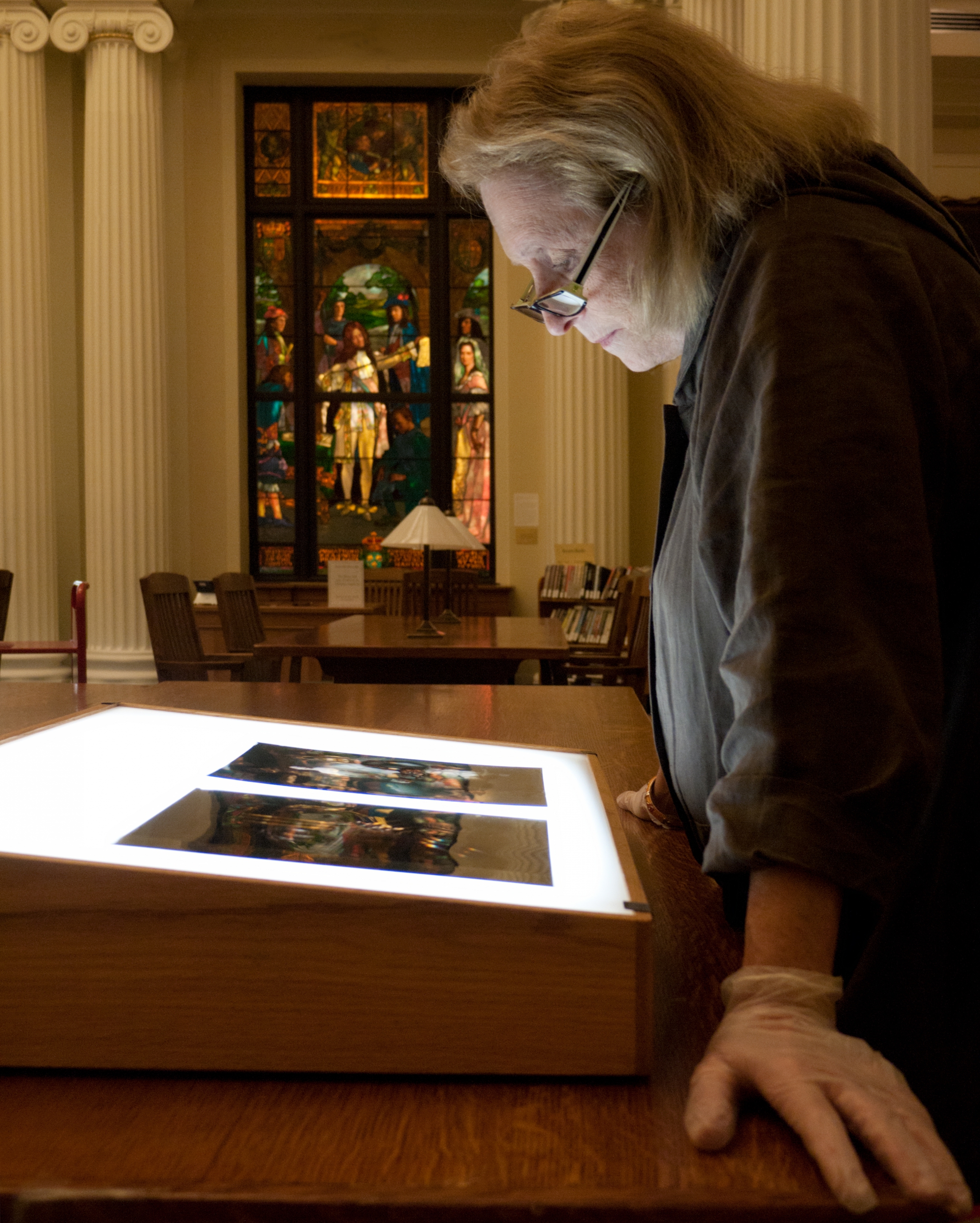 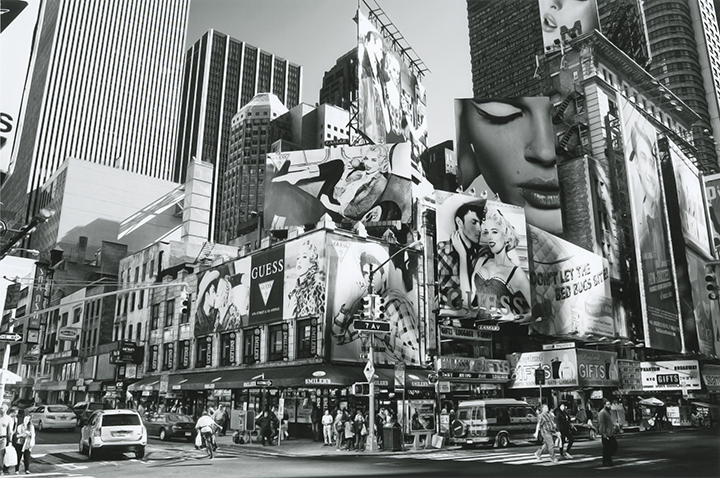 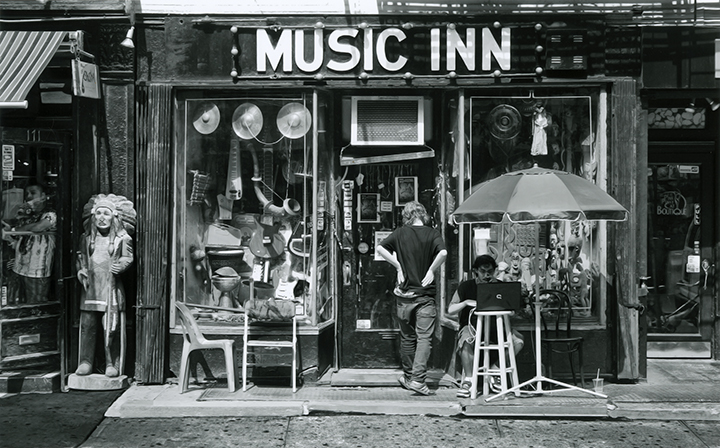 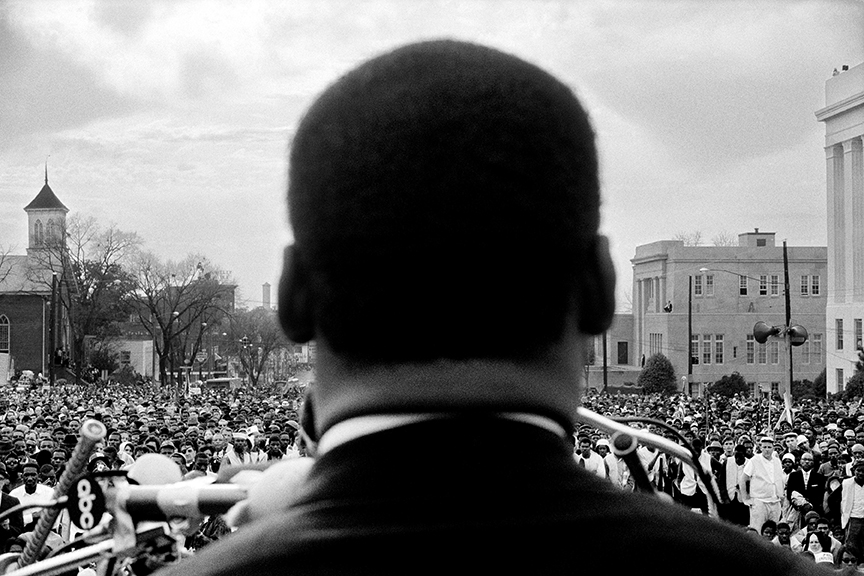 Building a visual archive, from the perspective of the New York Historical Society's Head of Prints, Photographs, and Architectural Collections.
Interview
Barbara Confino

Marilyn Kushner has the kind of puckish charm rarely associated with libraries, or with scholars of any ilk for that matter. Yet there she is, in the library of the New York Historical Society, Head of Prints, Photographs, and Architectural Collections where she reigns over 2 million objects, half a million of them photographs.

It is a stately milieu, airy, elegant and decidedly not of this time. Marilyn Kushner, on the other hand, very much is. Her curatorial career has explored the most contemporary domains, (particularly her groundbreaking show, Digital Printmaking Now, mounted for the Brooklyn Museum,) as well as many of the older, established territories one would expect.

A native Chicagoan, she came to New York in the early ‘90s where she eventually became the head of the Department of Prints, Drawings and Photographs at the Brooklyn Museum. Then, twelve years later, she accepted her current post at the New York Historical Society, which is where I spoke with her recently.

Barbara Confino: How did it feel coming into an institution that dealt largely with historical work after being more involved with contemporary work at the Brooklyn Museum?

Marilyn Kushner: It has been fun for me. I wasn’t really looking to leave Brooklyn but when the opportunity arose to come here, I accepted. It was not just the historical work that attracted me, but the idea of scholarship, of history.

I was an undergraduate double major in history and political science. When I discovered art history I almost triple majored. I have always been aware of how art ties in with history, knowing that art is never produced in a vacuum and always has history behind it.

Even though some artists may not be interested in contemporary events, all of our lives are shaped by the society we live in. So it is fun to be back in an institution where I can pull on our image collections, but also pull on the history of what is going on at the time when these objects were being made.

It is a completely different kind of collecting from the kind I did at the Brooklyn where I collected fine art prints, photos, and drawings. What I collect now is vernacular imagery, street photography, documentary photography, and fine art photography as well.  We don’t have the stars, but we have some wonderful lesser known or unknown photographers that have been working since the invention of the medium.

How does the institution define what is collected at the New York Historical Society? Some collections have nothing to do with New York City.

The institution was started in 1804 by a group of men who felt the need to start collecting Revolutionary and post-Revolutionary documents. Until the Civil War, we collected history of the United States in general and because of that we have prints that document America before the advent of photography.

The Society started to collect photography in the early 1860’s.

It was very prescient of them. We were the only institution in New York collecting anything until after the Civil War--the Met was not founded until 1870--so when anyone at the time had a collection to donate, they gave it to us. That is why we have such diverse work.

After the other institutions were founded, we re-defined our mission as history of the United States before the Civil War, and New York State and principally New York City after it.

Are you empowered to execute your own vision of this department?

Yes. My own vision of what we should collect, though I am not a one-person show who doesn’t report to anybody. I am in continual conversation with the head of the library and we often talk about what we will bring in. I see a curator’s job as very collaborative. If you can’t collaborate then just do research.

How would you define what you do?

The collection resides in the library and I report to the library, not to the museum.  At Brooklyn I didn’t bring in these huge collections; here I will bring in 2-300 photographs that belong together, objects that have to be accessed in a different way. I am in constant conversation with archivists, learning this library speak that I never knew before.

My mission is to build a visual archive of New York between 1950 and my eventual departure. I collect fine art prints but also mundane prints that will show people one hundred years from now what New York looked like. So I am constantly on the prowl to build the collection.

When I arrived here I asked: What are the gaps in the collection? They said they did not have much past the mid 20th century. So during the past eight years I have been looking for more contemporary kinds of work. Some have come from amateur photographers, some from well known ones.

For instance, we have been picking up a number of things regarding what went on here in the 1960s.  That was such a fertile time period and when I arrived we had very little relating to this period.   Also, we are developing the 4th floor where we are going to have a women’s history center. I am trying to bring in images of women in history, especially the women’s movement in the ‘60s and ‘70s. So I collect to our needs.

I take care of the collections as well, make sure they are housed correctly, make sure things come in and out of the department smoothly and that we know where everything is. I have a staff that helps me. I deal with archivists all the time, and I am backed up by people who are expert conservators. And I plan exhibitions.

I love the Selma exhibit on now (Freedom Journey 1965: Photographs of the Selma to Montgomery March), the one the City College student, Stephen Somerstein, photographed.

That student went on to Harvard where he became a very accomplished physicist. Then about five years ago he received a call from CCNY. They asked if he had any of those photographs from the March in 1965. He said, “I don’t think so, but I’ll look!” And then he comes up all these amazing photographs. Now he is back doing photography again. So that is the history part of what we do. Some are just documentary photos but others are great photographs as well, like that one of Dr. Martin Luther King, Jr. from the back.

How do you get collections?

I beg and I borrow and I ask. I get phone calls and I return them. I never say no. I always say, “Come and show me what you have.”

One great example is a guy [Ray Germann] who said, “I have been taking photos for a long time.” So he came in and it turned out he was a New York City bus driver. Every time the bus would stop he would click his camera and take a picture of what he saw outside. It became so habitual that sometimes he would see the same person along his route. He donated his photographs to us and he still comes to me occasionally with what he is taking. Now that he is retired, he is all over the city.

I can bring in anything that tells me something about the history of New York. My mantra is today’s contemporaries are tomorrow’s history. 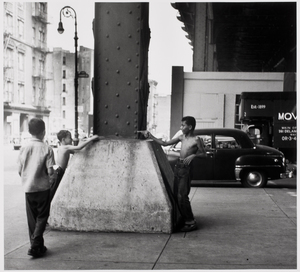 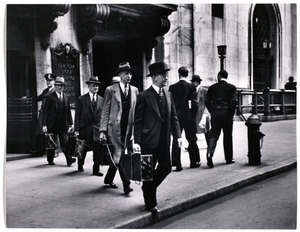 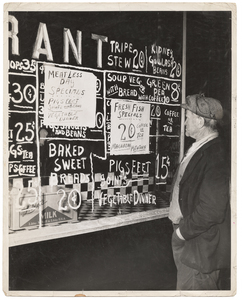 Artist Helen Levitt Interview Deborah Bell: A Life in Photography
This website stores cookies on your computer. These cookies are used to collect information about how you interact with our website and allow us to remember you. We use this information in order to improve and customize your browsing experience and for analytics and metrics about our visitors both on this website and other media. To find out more about the cookies we use, see our Privacy Policy.
I Accept I Decline