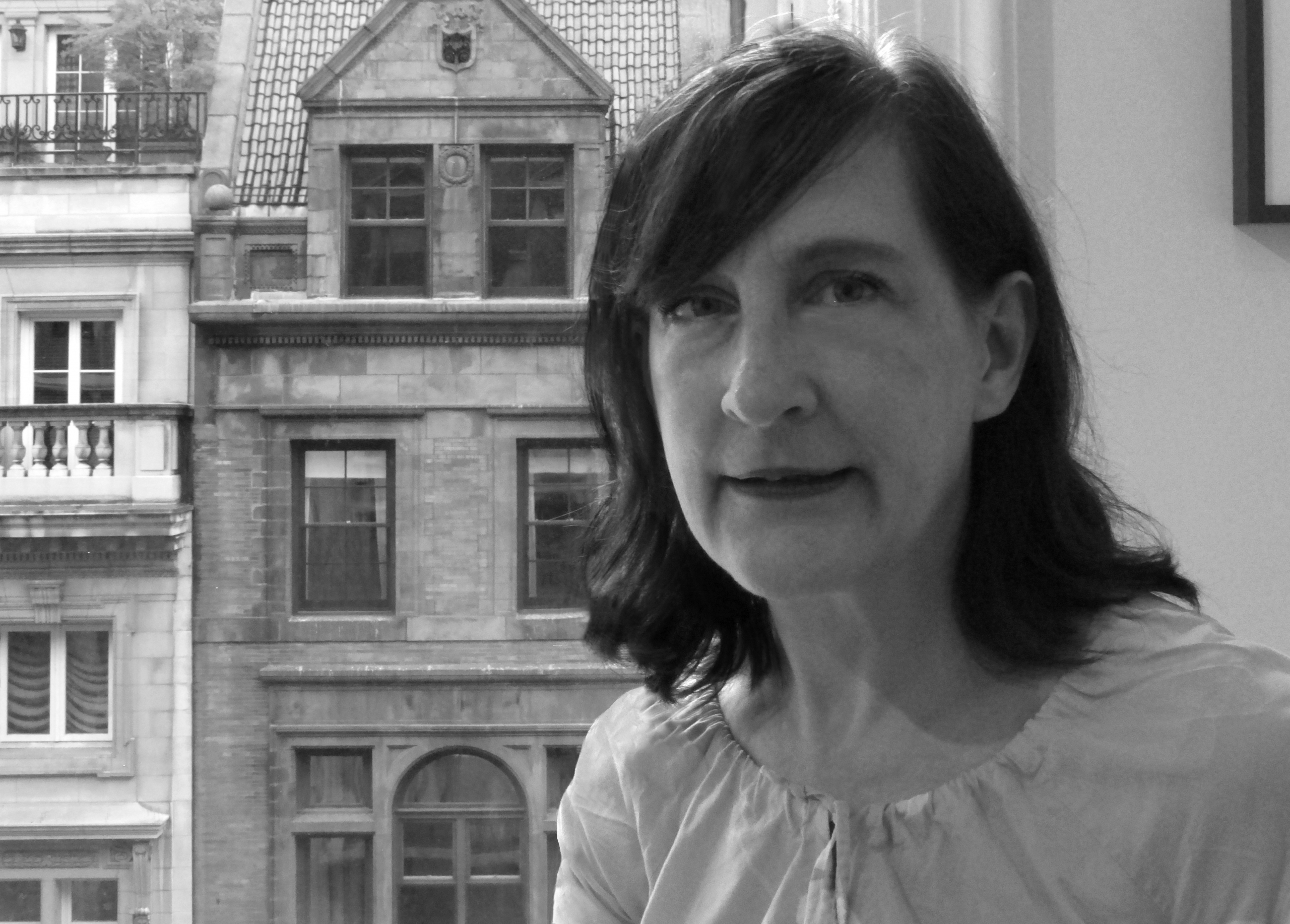 Deborah Bell: A Life in Photography

­­­Deborah Bell fell in love with photography when she was just a girl. It was the great era of American magazines, and she papered her walls with their images. Like so many from the Midwest who made the pilgrimage to New York City, she got her start in high school. A job on the school newspaper led to an internship in 1971 at the Walker Art Center in Minneapolis where the world of high art and museum culture opened to her, instilling a lifelong love of art history and curatorial work. All the while she continued to photograph. Subsequent study at MCAD's Bauhaus-type art program confirmed her passion for photography, eventually—perhaps inevitably—leading her to New York.

Along with periods of clarity and confusion, New York brought many and varied photographic experiences; but in retrospect Deborah Bell has landed where she seems to have been headed all alon­­g, on Manhattan's elegant Upper East Side, at her new gallery on 71st Street. Now one of photography’s most distinguished gallerists (she recently finished a stint at Christie's as Head of the Photographs Department), she agreed to meet with me, to talk about her life in the medium and the medium's life in our time.

Barbara Confino: You came to New York to be a photographer. How did that change?

Deborah Bell: I came to a point with my own photography where I realized I was not going to be a professional or an artist, or fulfill the ideas I had had in my mind. The magazines were dying, and I was about 12 years too late to do the kind of magazine photography I loved. Though I worked for some people in the magazine world, many were phasing out. And I was running out of gas with my own ideas as a photographer. So I went back to graduate school in Art History at Hunter. I had loved working at the Walker and thought that with the Master's I might get museum work. But that field was changing too.

How has your sensibility changed over time? You started out loving magazine work and the formalist work you studied in art school.  How have you developed from there?

When I was in art school in the '70s and my teachers were showing me the new street photography, some of that work was too raw for me; Garry Winogrand's, for example. It was so much in your face and so judgmental. I was a nice Minnesota kid, and I had been trained to not be in anybody's face and not to judge… and then there were so many people trying to work like that as well.

I love all this work now, but it took me a while. I was resistant to Robert Frank's work. I needed more life experience. It wasn't the technique; it was the content. Again, I think that there is some work that you have to be mature enough to understand. That is how my sensibility has changed. In my early years of loving photography, before all this work became known, I was familiar with somebody telling a story or making a pretty portrait, or something that had a purpose. When you think about Lee Friedlander and the others, the pictures they chose to leave us didn't have a reason behind them. They were a little bit cryptic to me.

That definitely changed for me and very quickly, partly I think, because I was living in New York.

Street photo reached a peak during the Friedlander period, but it seems as if there was nowhere to go afterwards, although there always is somewhere to go.

I can think of where it went, but it was still cut from the same cloth. It went interior with people like Nan Goldin.

Things have really shifted in photography, and I would love to hear your take on that shift. In your opinion what sensibilities are dominant in the medium right now?

I think there is not just one answer. I can give a half dozen! There is so much more art now (art photography), and that is probably very confusing for people who are just getting interested in collecting or going to exhibitions...and there is the whole change with images on the web or onscreen that you might not see as an object.

I felt it changing even in the '70s, especially in the late '70s. I would say a major shift in sensibility has been the move away from: "That's a good picture" to photographs in sequence where they depend upon each other, or a preconceived notion of why the pictures were taken; a concept that is then illustrated by photography. Photography up to this point was a picture of something—with the exception of experimental photography which was aligned very much with graphic design and artists who were using many different mediums and experimenting with them—and that changed with a shift away from street photography, from the idea of the photographer going out and taking pictures.

You don't look at a contact sheet anymore and say "Oh, that's the best one!" Instead the idea comes first. It's not purely visual.

I think everything changed after Cindy Sherman came out with her Film Stills series, because she had a concept. For me that is the big dividing line. Sherman covered so many aspects of what we are talking about. The way photography is looked at in the art world is largely due to her. She turned the corner.  And she doesn't seem to run out of gas either!

And then there is the appropriation thing. Sherrie Levine took photographs of famous photographs. That was a conceptual work that was done in photographs but it was about photography, not about her pictures. So photography went from being about choosing visually and viscerally, to something more intellectual.

That also correlated with the rise of the MFA Program.

That's right, and the PhD program. So by the time I left Hunter, where I had done my Master's thesis on Degas' photographs, and started to apply for curatorial positions it was necessary to have a PhD. I realized I was being turned down for jobs because they needed someone with a PhD. I just thought I don't know if I want to be in school any longer. In 1984 I had had an internship at Sander gallery which led to a job there; then in 1985 I moved to the Marlborough Gallery to the Prints and Photographs Department. So I just continued working with photography in a hands-on way: retouching photographs, doing picture research, assisting photographers, cataloguing archives and estates, and working in galleries.

Louis Faurer was one of my favorite photographers. I knew him and helped him, and he kept asking me to handle his work. One day I decided I can do this and told him, "I’m ready if you still want me to be your dealer." That day in 1988 I made the commitment to being a dealer. And I went from there. Slowly I began to represent other photographers and branch out.

So you were now on track to being a gallerist! Do you think that a gallerist can be a force for change in the photography world and have an impact on tastes and practices?

Yes. Speaking of Cindy Sherman…look at Metro Pictures. I believe she was their first or one of their first artists, and they grew together. And look at that huge revolution, so yes! Even going back to Julien Levy who showed Cartier-Bresson, long before photography was a concept as a collectible. And, of course, Lee Witkin, Harry Lunn, and Light Gallery who were among the pioneers of the photography market in New York. So definitely, yes, a gallerist can make a difference!

I agree. It has been such a pleasure talking to you. Thank you for taking time to see me! 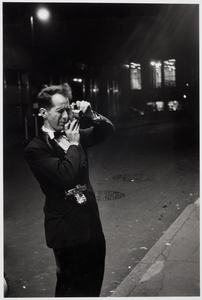 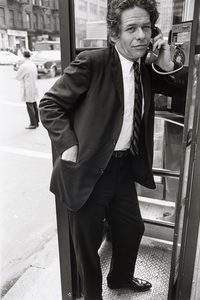 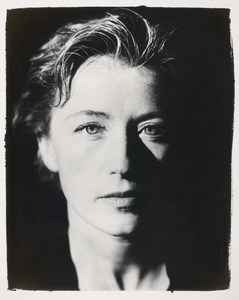 Artist Cindy Sherman
This website stores cookies on your computer. These cookies are used to collect information about how you interact with our website and allow us to remember you. We use this information in order to improve and customize your browsing experience and for analytics and metrics about our visitors both on this website and other media. To find out more about the cookies we use, see our Privacy Policy.
I Accept I Decline