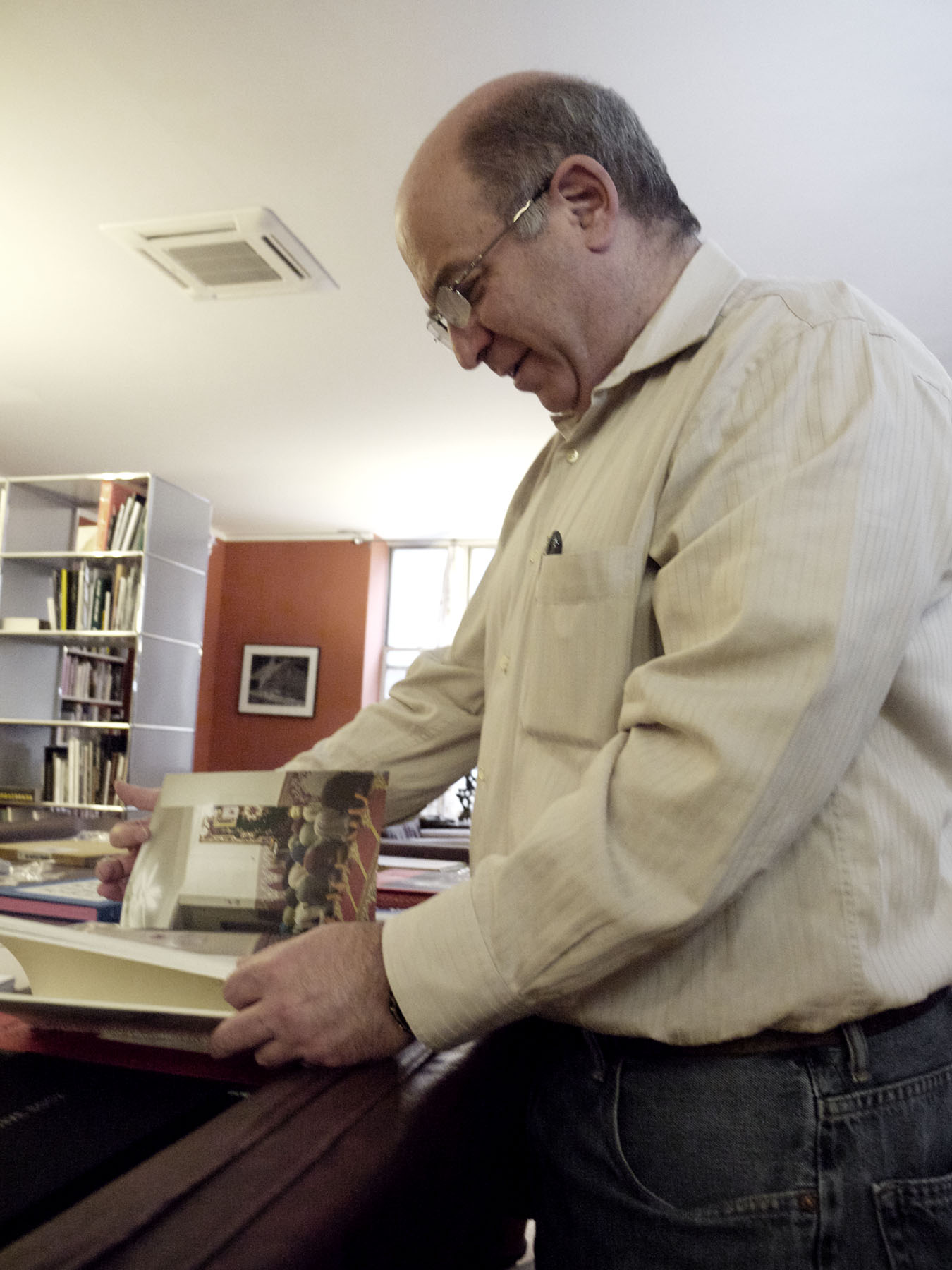 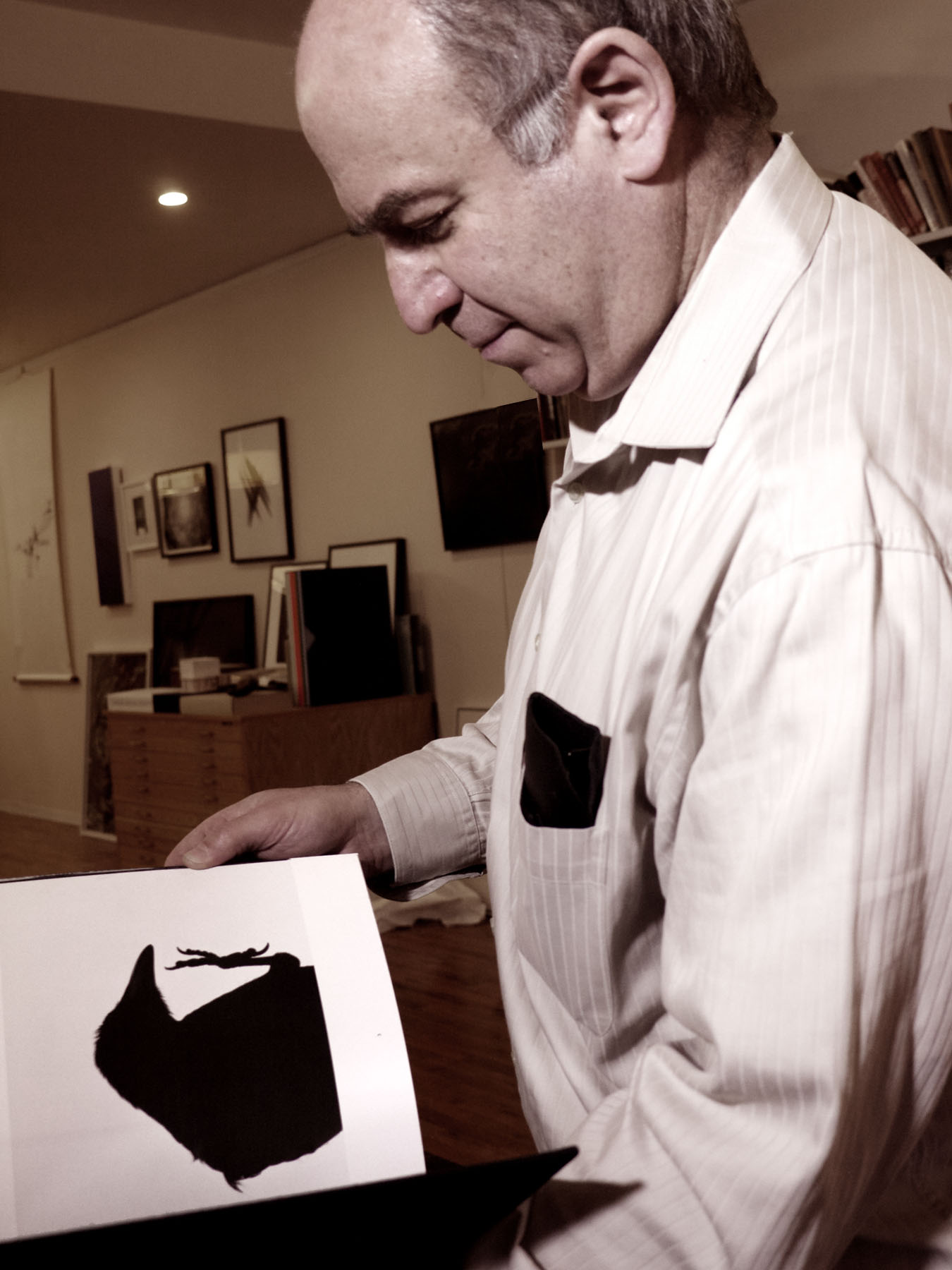 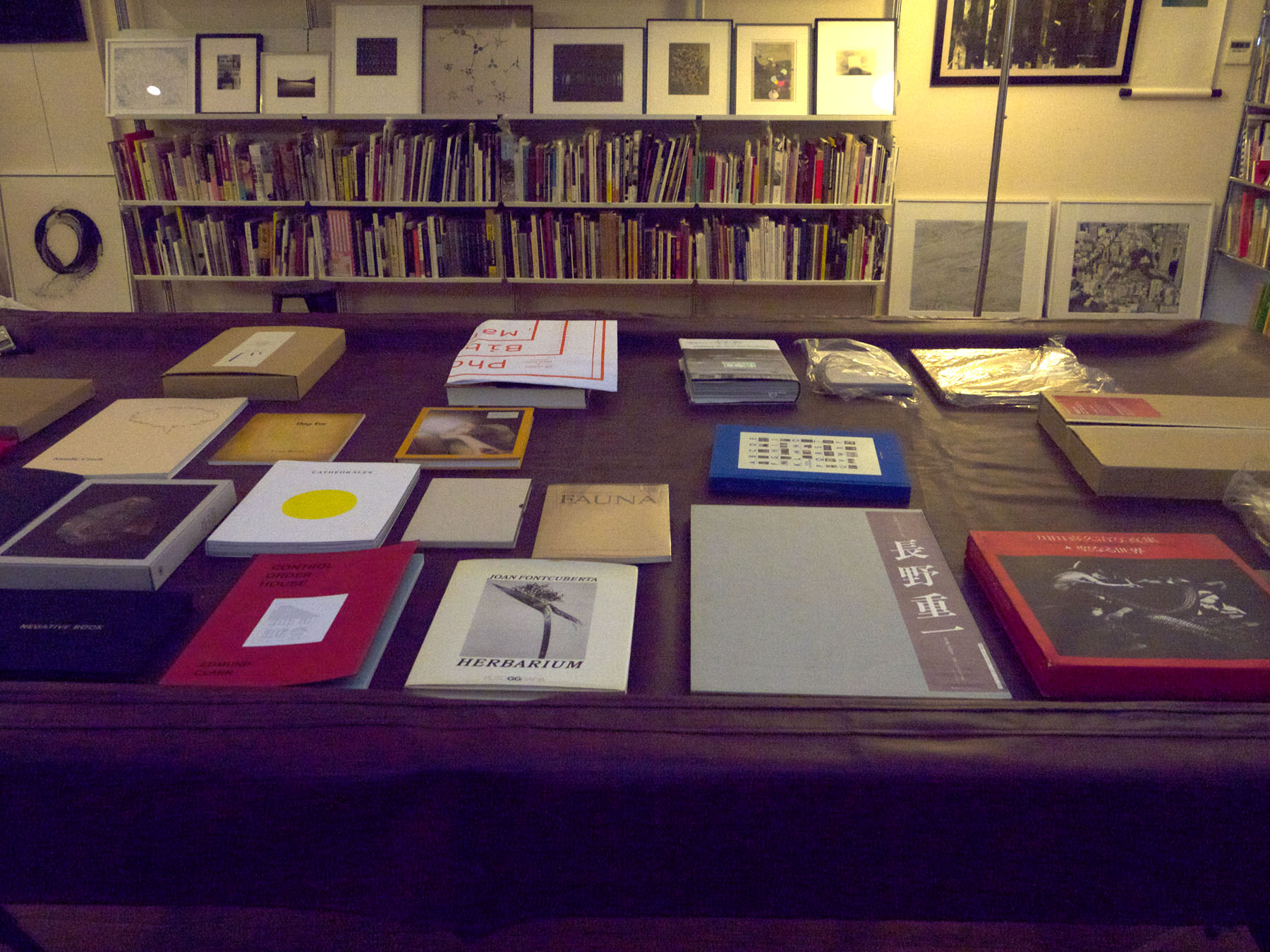 Computer engineer by training, cyber security expert by profession, and collector by nature, David Solo is one of the great champions and collectors of photo books. His expertise in this area continually being called upon by one group or another (including ICP, where he is working on a history of photo books with Matthew Karsten), he possesses over 5000 books, including piles of as yet uncatalogued material. On a cold Sunday afternoon we met in his Brooklyn Heights apartment where he introduced me to his collection and talked about his love of photo books.

David Solo in his apartment. Photo by Barbara Confino.

Collecting is a passion. From collecting science fiction novels as a kid, to medieval history, literature, to stamps and coins, to Chinese scholars’ rocks, ink paintings, photographs, and now photo books, it is something I am hopelessly addicted to.

My father was a serious amateur photographer, so I grew up making photographs, developing, and printing them. And I had an interest in traditional Asian, particularly Chinese, ink painting, calligraphy, and culture in general. I also had a strong interest in abstraction and those kinds of formal things, especially the Abstract Expressionists.

The exhibition Inside/Out: New Chinese Art, combined many of these interests: ink painting, abstraction, photography, and Asian art. About that time I thought it might be interesting to start acquiring actual work. That started the more serious collecting phase of my life, beginning with the Chinese ink painting and the scholars’ rocks.

Some of the photographic prints I have collected possess the calligraphic, abstract qualities I respond to, and use photographic techniques to explore a modernist, formal esthetic dealing with shape and line.  Sometimes the image has a purely abstract form, but often it has a connection to something in the physical world. With the photo books my interest is much broader, but in the paintings and prints it tends towards that esthetic.

I think the areas of focus have slowly shifted. At one time the focus on Japan was central, the interest going back to the 1910s and the 1920s avant-garde, such as the Mavo collective.

With the interest in Japan came a greater interest in photo books as objects. I became exposed to and made aware of the book — with or without text — as the primary expression of the artist. Not so much text as information as text from a poetry standpoint, bringing things together to express a feeling, an idea, or a more discreet message.

A large part of the collection includes 2000 Japanese books or reference materials. One iconic book I’d like to show you is Ravens by Masahisa Karasu, one of my favorite books and one of the quintessential photo books for design, object, and reproduction. It has been reprinted in a range of forms and sizes. The Victoria and Albert Museum has a complete collection of the prints made about the same time.

Daido Moriyama is another prolific bookmaker. Light and Shadow is one of my favorites. Done in a gritty, sometimes out-of-focus style, concentrating on details and other visual elements in everyday life, it has lots of images that reflect his obsessive curiosity as he walks around the city.

Moriyama and most other photographers of that generation were producing work for publication and so put a lot of thought into sequencing and the way the audience would interact with it. Partly it was this notion of a sequence or a group of images, not a single image, that drew me to book versus print collecting.

I often think about the overt and less overt pairing of photographs as a sort of poetry. In many cases you could think of the books as a collection of “selected poems,” in which a grouping of two or three photographs represents short poems with an overarching theme or idea.

Many artists working in Europe have that intersection between verse and visual language. Natalie Czech explicitly does this back and forth between poems and visual images, finding the poem buried in other text.

I am a big fan of Joan Fontcuberta, less for the poetic side than for the created concept. I have a large selection of his books. Herbarium is one of the first where he emulated, to some extent, Karl Blossfeldt, and created plant forms made synthetically out of other objects and materials, but given names as if they were actual plants. In Fauna, he invents the whole scholarly set of background documentation, along with the story of this person who discovered all those unknown species.

A display of photo books in David Solo's home. Photo by Barbara Confino.

My involvement now also includes a number of institutional activities. I am on the board of Aperture and the Asia Art Archive in America, and I work with 10 x 10 photo books folks and with many art libraries in New York. I have been getting involved in projects where I’ve helped support and realize individual publishing projects, usually by matching up a photographer with a small publisher. Anouk Kruithof’s work, for instance, Hannah Whitaker’s Peer to Peer, and Olivia Arthur’s Stranger.

Whether they are collectors, artists, librarians, or publishers, the larger photography photo book community is very much a part of my life. An extended group of people throughout the globe, both online and in person, it is a very open, interested community. In fact, one of the ongoing topics of discussion is how to expand the community. I spend a lot of time in London and am very involved with the photo book community there as well. If I am going to cities I don’t know, identifying bookstores that have interesting material becomes a conduit to exploring interesting neighborhoods.

So many people are passionate about the book as a form to express their work. They see it as a series or an extended exploration of a topic, as opposed to a group of single images. And there is such a volume of material being created now; it is as much a selection process as a quest.

Ultimately, the nice thing about being a private collector rather than an institution is that you don’t have to defend your choices to anyone. Every so often you find something you just love and that is a good reason to have it.

Related Items
Interview Michi Jigarjian and Libby Pratt Event Insider/Outsider: Voyeur or Agent of Change? Perspective Shifting the Negative: An Evening with Zane... Perspective The Amateur Tradition: Photography’s Seco... Interview Deborah Bell: A Life in Photography
This website stores cookies on your computer. These cookies are used to collect information about how you interact with our website and allow us to remember you. We use this information in order to improve and customize your browsing experience and for analytics and metrics about our visitors both on this website and other media. To find out more about the cookies we use, see our Privacy Policy.
I Accept I Decline