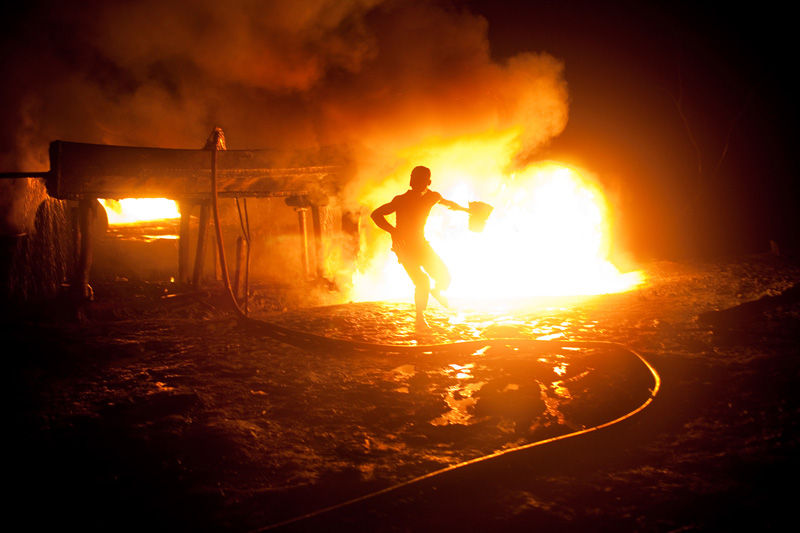 Samuel James is a photographer, writer, and educator from Cincinnati, Ohio. He has been working in Nigeria since 2007, documenting issues related to inequity, energy and the environment, including the impact of the oil industry on the Niger Delta. His work has been recognized by the Overseas Press Club with the Olivier Rebbot Award, by Getty Images with a 2013 Editorial Grant, and by the Frontline Club with a Special Commendation. He was also a finalist for the Visa d'Or and the ASME National Magazine Award. In 2013, The British Journal of Photography named James as one of the "20 Photographers to Watch". He was awarded the VII Photo/Exposure Alexandra Boulat Award for his work in Lagos in 2010.

He is a contributing artist at Harper's Magazine, and a co-founder, with Gary Knight, of the Program for Narrative and Documentary Practice at the Institute for Global Leadership at Tufts University. James spends part of the year teaching non-fiction, narrative storytelling, and photography.