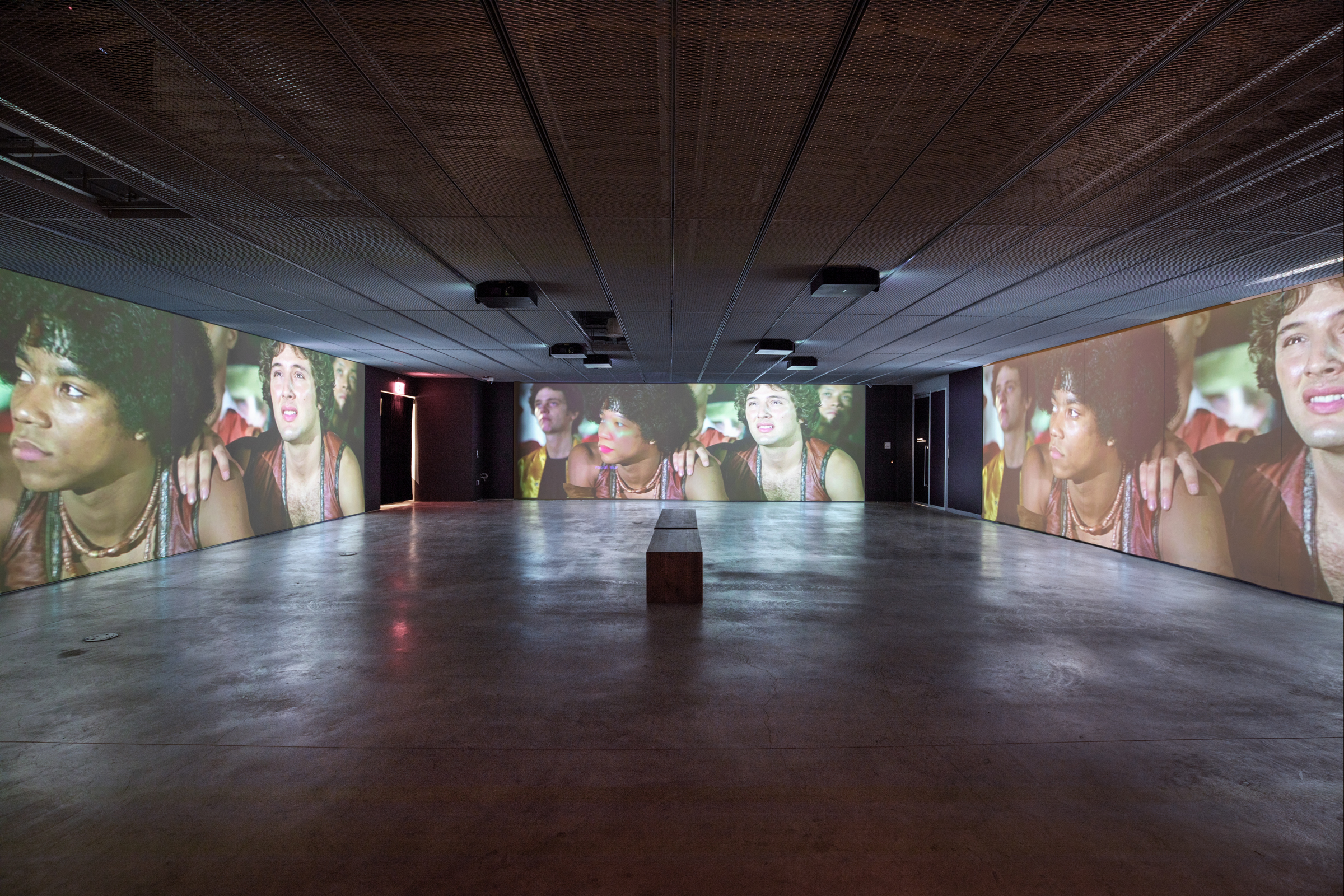 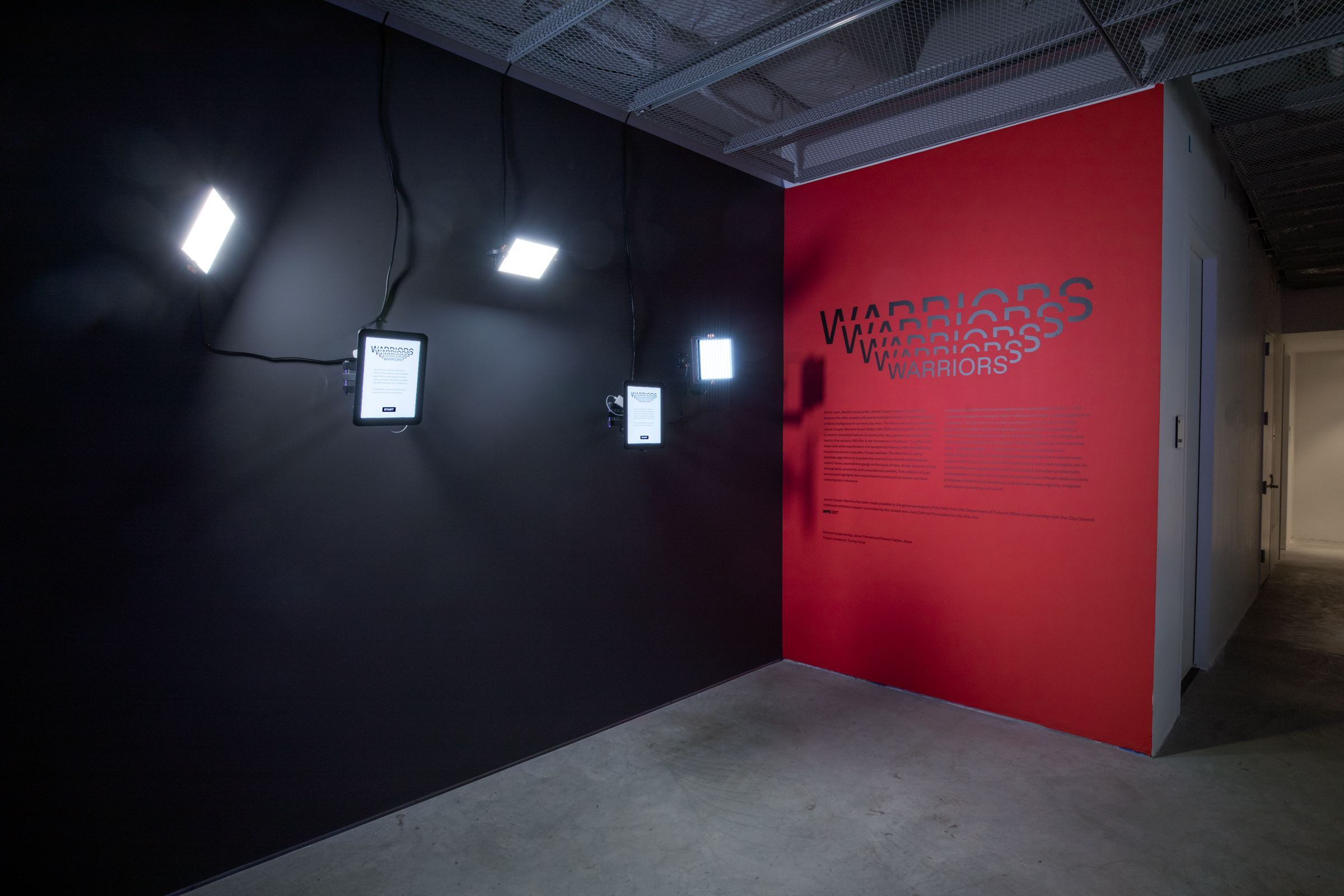 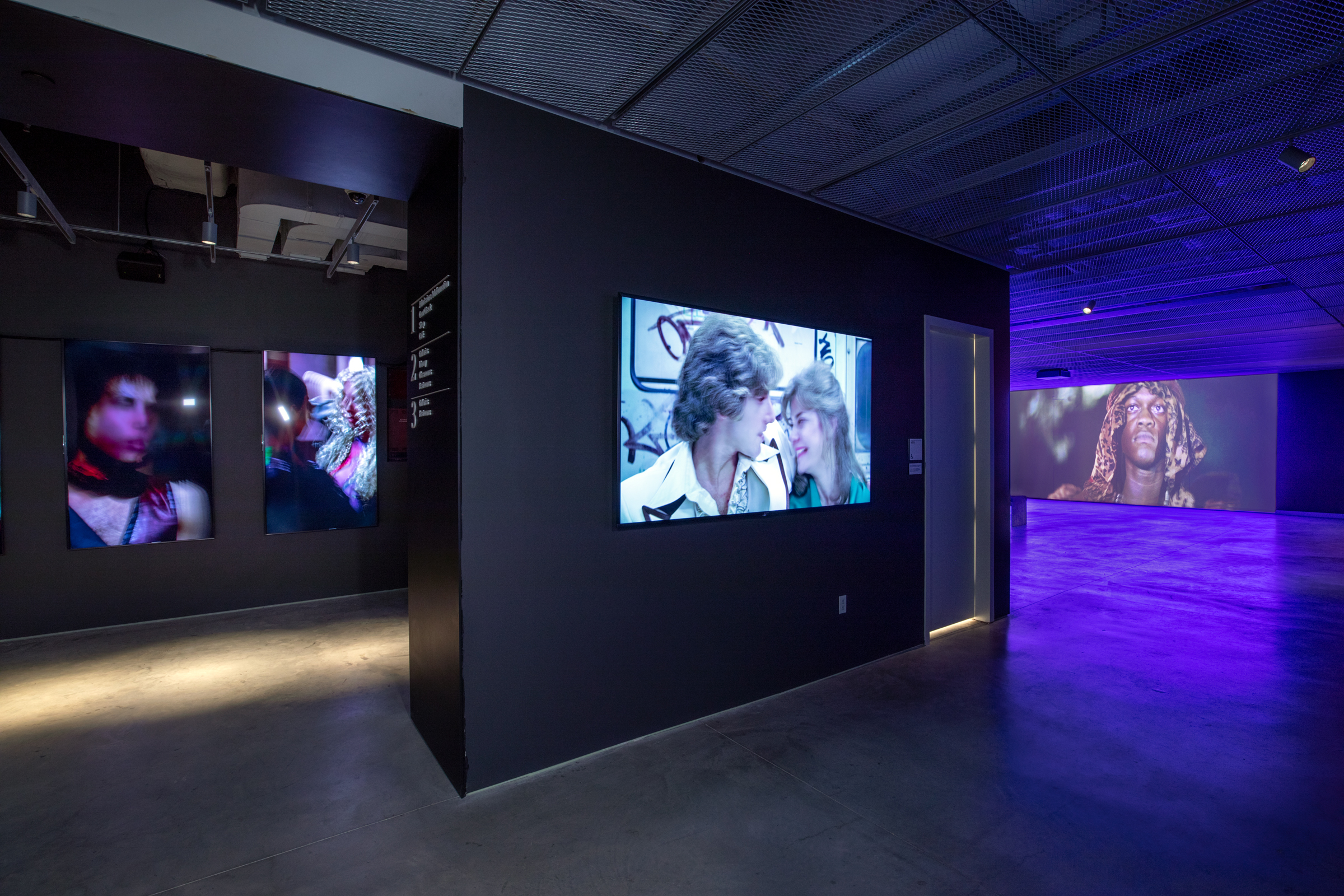 British-born, Seattle-based artist James Coupe creates artworks that examine the often unseen and unacknowledged impact of surveillance and artificial intelligence on our everyday lives. The three new works presented in James Coupe: Warriors revisit Walter Hill’s 1979 cult classic film The Warriors to explore contested notions of community, race, gender, and class in the twenty-first century. Hill’s film is set “sometime in the future,” in a New York beset with white supremacist and xenophobic hatred, police brutality, and massive economic inequality. Coupe updates The Warriors by using deepfake algorithms to populate key scenes from the film with museum visitors’ faces, inserted into gangs on the basis of data-driven analysis of their demographic, economic, and occupational markers. This collision of past and present highlights the social tensions portrayed on screen and their contemporary relevance.

Imaging and classification technologies such as deepfakes, Face++, and ImageNet categorize museum visitors’ identities through invisible algorithmic processes. Though the work invites participation, the results are hardly democratic. Instead, Warriors sheds light on how these mechanisms of power and control operate in public and private space, on city streets and online, typically relying on tacit consent. Warriors reflects on how personal data—including images—is continually mined, manipulated, and (mis)categorized, and on the resulting widespread distrust in mainstream media, evidence, and facts. Rendering visible how such technologies can be used to create seamless content with unintended and often problematic consequences, Coupe’s work questions and critiques official media sources, promotes solidarity and resistance, and perhaps most urgently, imagines alternatives to existing narratives.

Related Items
Exhibition Contact High: A Visual History of Hip-Hop Exhibition Tyler Mitchell: I Can Make You Feel Good Exhibition The Lower East Side: Selections from the IC... Exhibition Edmund Clark: The Day the Music Died