How to View The Seed and Spiritual Reflections

During the day, The Seed and Spiritual Reflections can be viewed on monitors inside the ICP Museum and during evening hours, images are literally “projected” onto the windows of the ICP Museum; they can be viewed from the sidewalk outside the Museum and are most visible after sunset. Learn more about Projected.

Milbert O. Brown, Jr., is a documentary photographer and writer based in the Washington, DC area. Brown is also an assistant professor at Howard University School of Communications, where he teaches courses in visual journalism. Before his professorship, Brown had an impressive journalistic career at some of the nation’s top newspapers, including the Boston Globe and the Chicago Tribune as a photojournalist and picture editor. While at the Tribune, Brown shared the Pulitzer Prize in Journalism for Explanatory Reporting as a contributing staff member. The Indiana native has been the recipient of several national awards in design, photojournalism, and writing. Brown holds a BS in journalism from Ball State University and an MA from Ohio University’s prestigious School of Visual Communication. 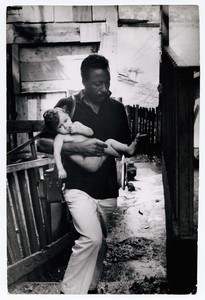 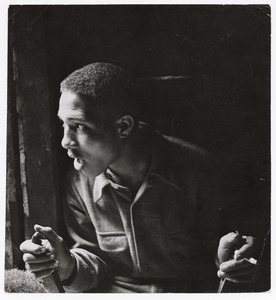 gordon parks [Harlem gang leader Red Jackson of the Midt...
This website stores cookies on your computer. These cookies are used to collect information about how you interact with our website and allow us to remember you. We use this information in order to improve and customize your browsing experience and for analytics and metrics about our visitors both on this website and other media. To find out more about the cookies we use, see our Privacy Policy.
I Accept I Decline