An Evening with Graciela Iturbide | International Center of Photography
Join our mailing list
Stay updated on our latest news.
exhibition
Close Enough: New Perspectives from 12 Women Photographers of Magnum
exhibition
Death in the Making: Reexamining the Iconic Spanish Civil War Photobook
Shop Become a Member Support ICP Subscribe Login
ICP will be closed on Thursday, November 24 for Thanksgiving. ICP's museum will be open on Friday and the rest of the weekend with our usual hours. ICP's school will re-open on Monday.

An Evening with Graciela Iturbide

For photographer Graciela Iturbide, "the camera is just a pretext for knowing the world." Her interest resides in what her eyes see and what her heart feels—what moves her and touches her. This evening lecture in the School's Studio will present Iturbide's expansive and prolific career as an artist and photographer. Iturbide is this year’s recipient of the Cornell Capa Lifetime Achievement Infinity Award.

Graciela Iturbide was born in Mexico City. In 1969, at the age of 27, she enrolled at the film school Centro de Estudios Cinematográficos at the Universidad Nacional Autónoma de México to become a film director. She was, however, soon drawn to the art of still photography. She has enjoyed solo exhibitions at museums in Mexico, the United States, and Europe and books of her work have been published internationally. Iturbide is the recipient of numerous prizes including W. Eugene Smith Memorial Foundation Award; the grand prize for the Mois de la Photographie in Paris; the Hugo Erfurth Award in Leverkusen, Germany; the International Grand Prize in Hokkaido, Japan; the Rencontres Internationales de la Photographie Award from the City of Arles, France; the Guggenheim Fellowship; the Hasselblad Award; and the National Prize of Sciences and Arts in Mexico City. In 2014, the National Council of the Arts in Mexico organized National Homage for her achievements in photography, which was accompanied by an academic degree at the Academy of the Arts. 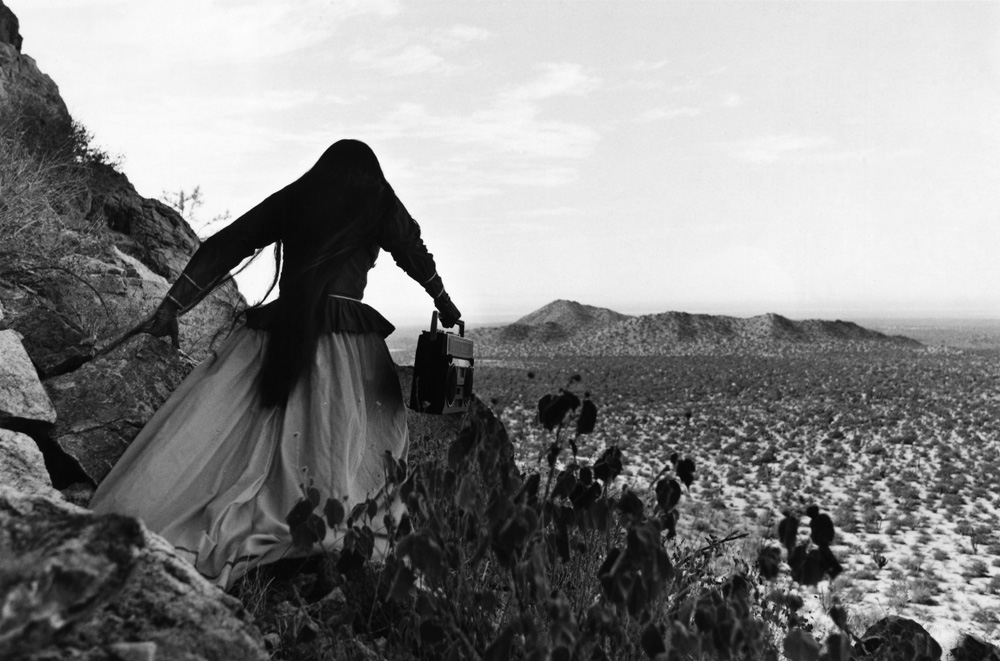 Due to professional obligations, lecture date may change without notice. For more information, please call 212.857.0001.

Related Items
Artist Graciela Iturbide Exhibition Urbes Mutantes: Latin American Photography ... Media Archive AN EVENING WITH GRACIELA ITURBIDE Media Archive Graciela Iturbide Interview Graciela Iturbide
This website stores cookies on your computer. These cookies are used to collect information about how you interact with our website and allow us to remember you. We use this information in order to improve and customize your browsing experience and for analytics and metrics about our visitors both on this website and other media. To find out more about the cookies we use, see our Privacy Policy.
I Accept I Decline