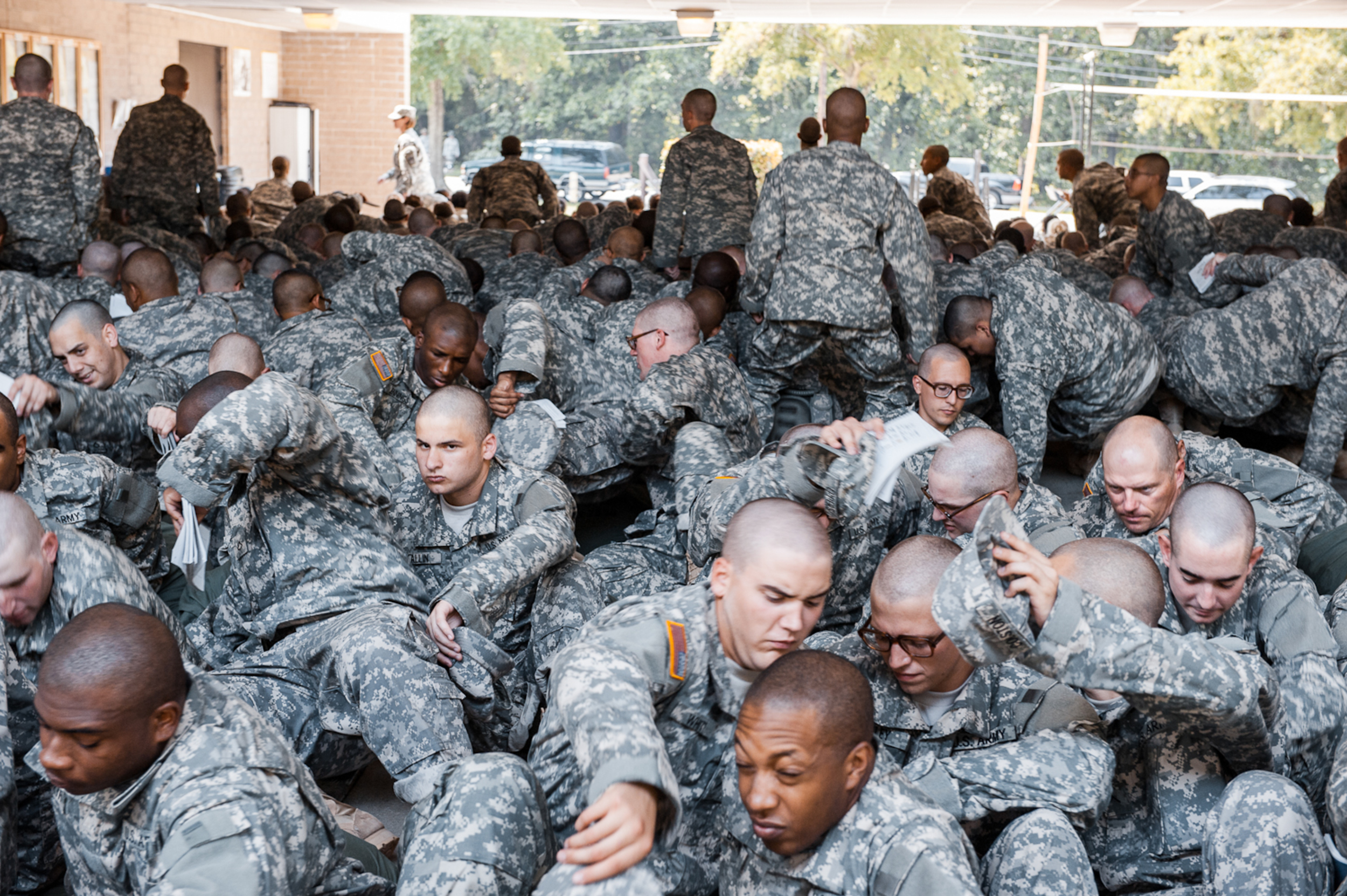 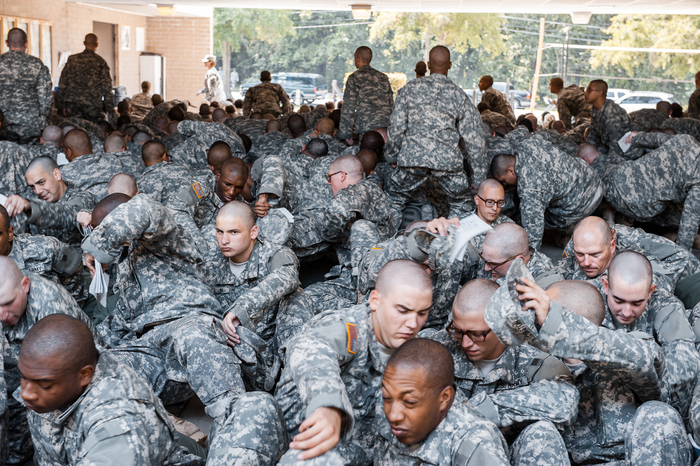 New recruits to Fort Jackson prepare to board a bus to their barracks. Army recruits on their first day of basic training. My escort around the base was a soldier with a Combat Infantryman Badge on his uniform. I told him he was lucky to have gotten a quiet job working at the Public Affairs Office and he was silent for a while. He told me he was medically transferred out of the infantry after he’d received a traumatic brain injury from a roadside bombin Iraq. He had trouble concentrating and lost his equilibrium when he walked. Over time, he said the injury would prove fatal as his brain tissue continued to deteriorate. The rest of the day he talked about his wife and children and about how much he missed being at war. Later we watched recruits walking through a course designed to teach them to recognize IEDs, the number one killer of soldiers in Iraq and Afghanistan. In every instance, they missed the warning signs: an invisible tripwire, a pressure plate. A jumpy young soldier, short, thin and shrill, explained in detail the consequences of such failures in the field. He told stories from Iraq of fellow soldiers and friends being eviscerated, others decapitated. The recruits listened, their eyes wide, but they still didn’t find a single device. One drill sergeant whispered to me that no matter how well the recruits are trained, they’ll miss most of the hidden bombs. When I was in Iraq and Afghanistan, the first warning of an IED was usually the explosion. One time it was hidden in a dead animal carcass, another time in a pile of garbage. Yet another was buried in a curve along a dirt road.
[Caption provided by Peter van Agtmael]

Gift of the Photographer to the W. Eugene Smith Legacy Collection 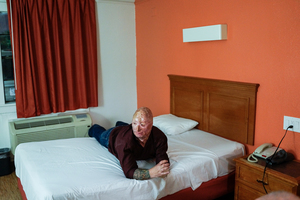 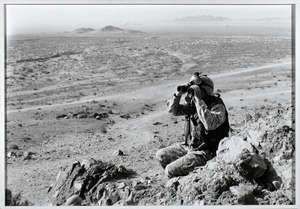 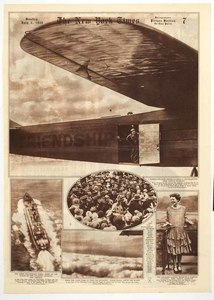 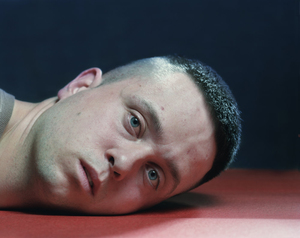 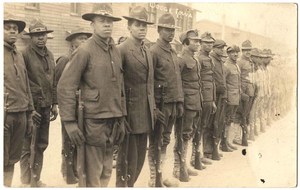 clarence bruce sante... [Group of Unidentified Soldiers]
This website stores cookies on your computer. These cookies are used to collect information about how you interact with our website and allow us to remember you. We use this information in order to improve and customize your browsing experience and for analytics and metrics about our visitors both on this website and other media. To find out more about the cookies we use, see our Privacy Policy.
I Accept I Decline