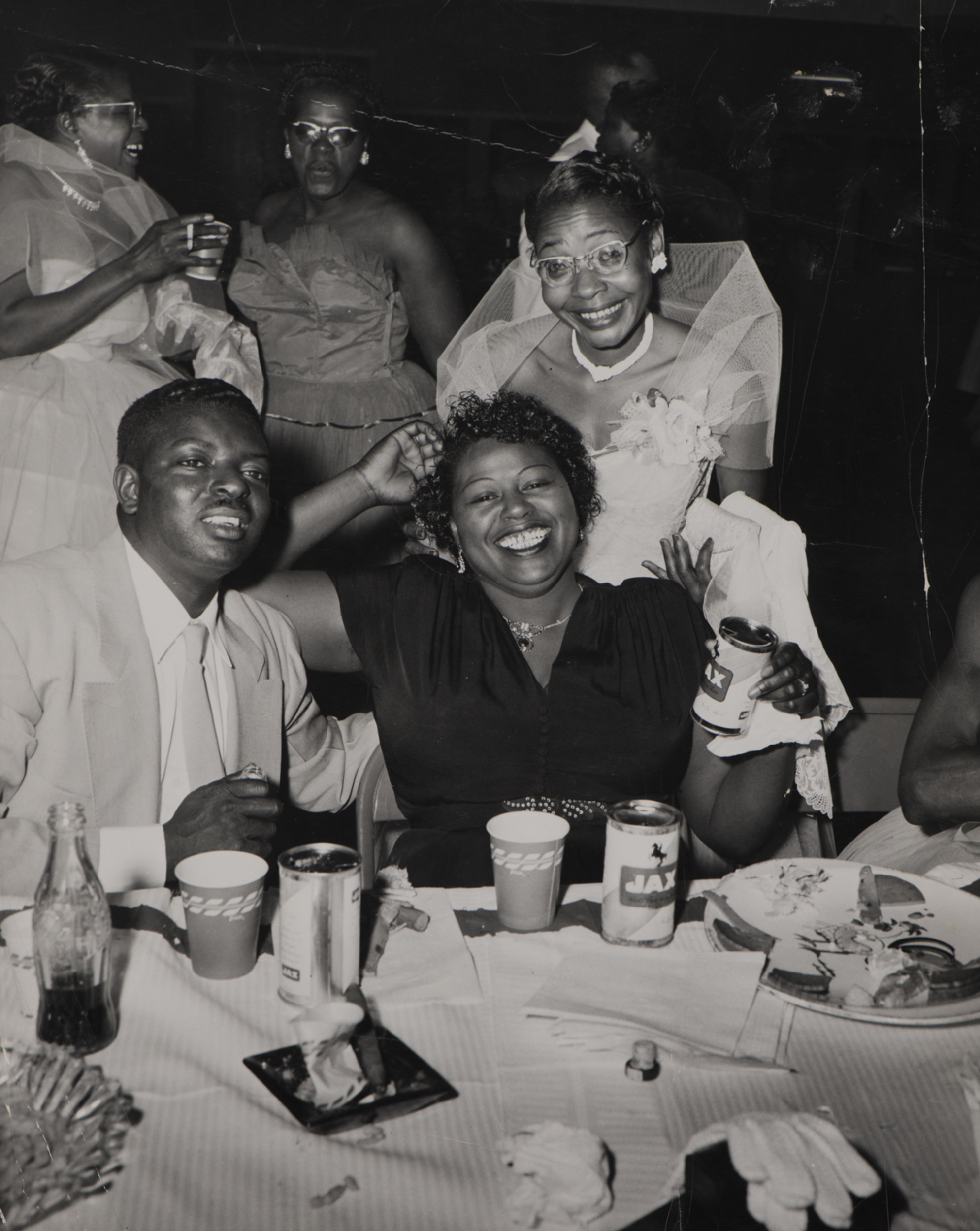 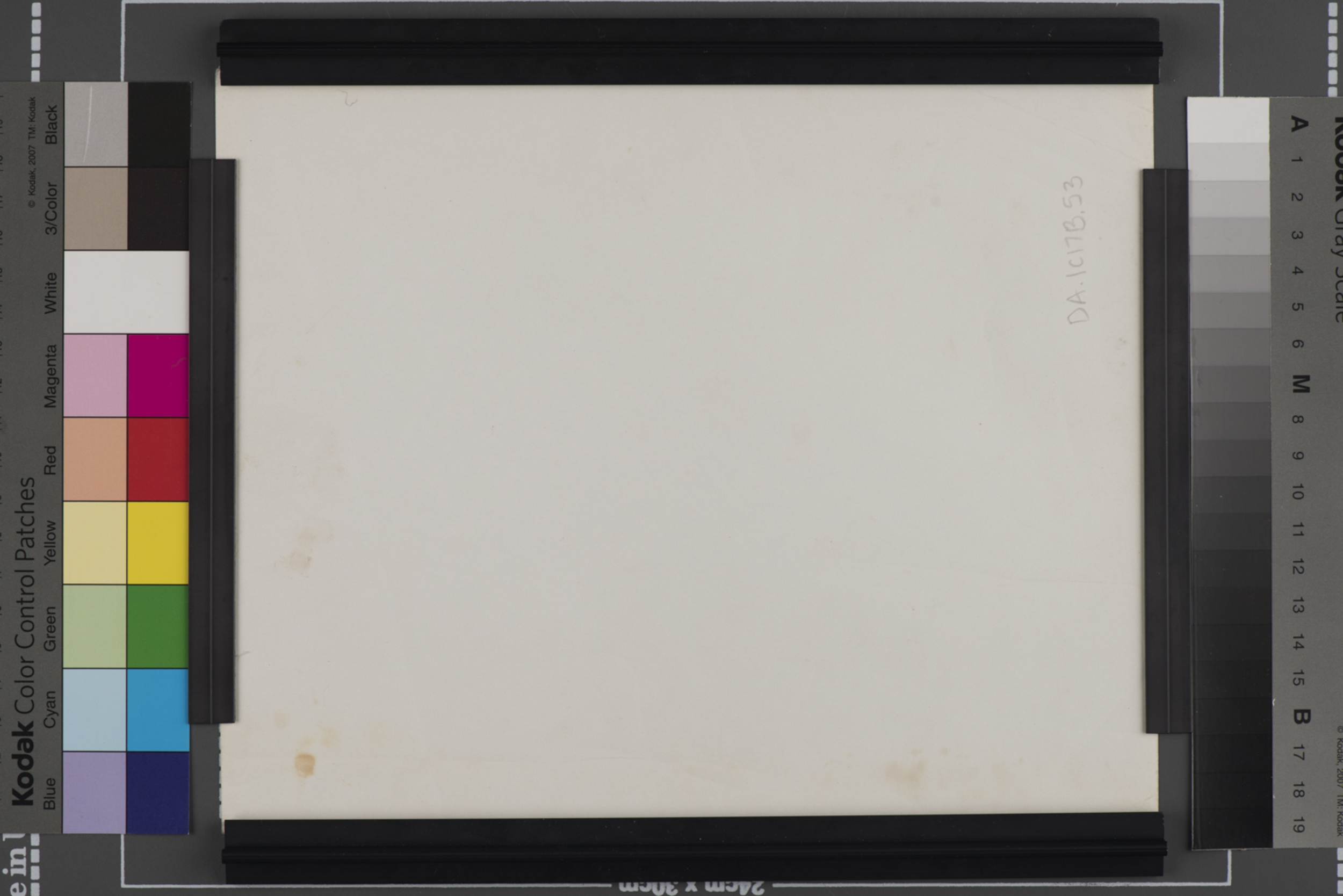 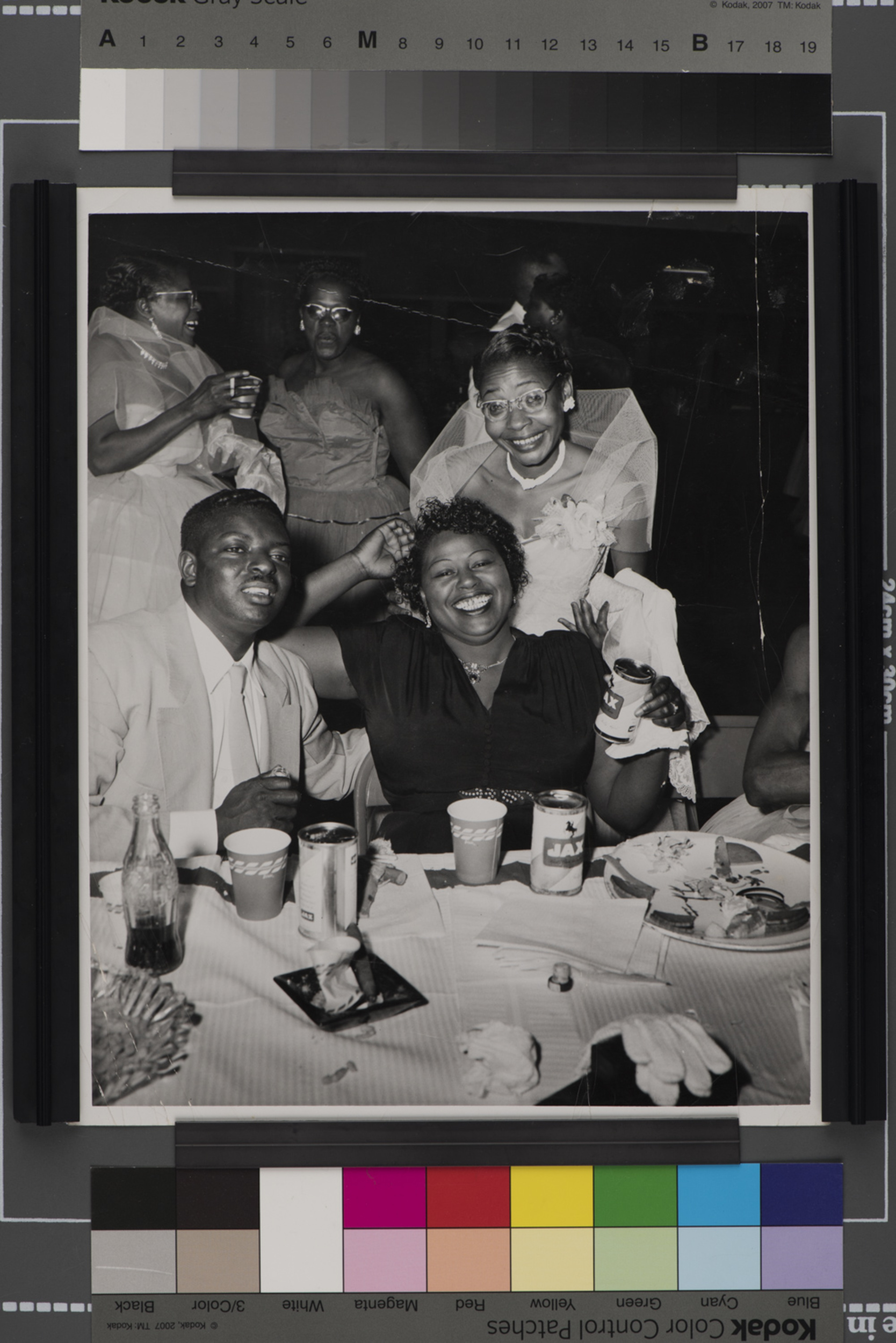 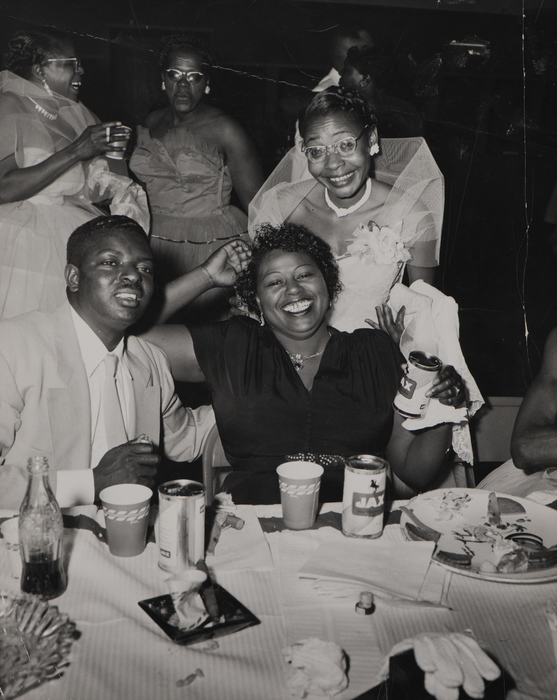 [Couple sitting at table with women standing behind them]

From the exhibition Recent Acquisitions: Alonzo Jordan and Eugene Roquemore, organized by the Texas African American Photography Archive, Dallas, Texas, February 21 through June 7, 1997.
The Cotton Club in Lubbock, Texas, which had no connection to the famed Harlem nightclub, took its name from the region’s principle agricultural crop. The original club opened on November 11, 1938 in a renovated Army Quonset hut and attracted Lubbock “high society” by presenting Jack Teagarden and other touring big bands. In the mid-1940s, club owners began to book country and western acts, and by the 1950s opened the club, usually on Monday nights, for rhythm and blues shows, which were frequented by area African Americans. Roquemore worked part-time as a club photographer, documenting local patrons and “hipsters” until it closed in 1958. 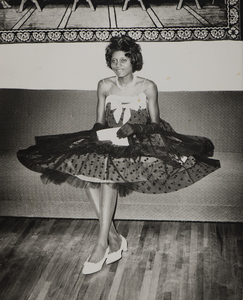 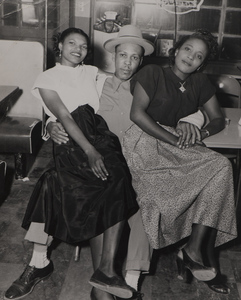 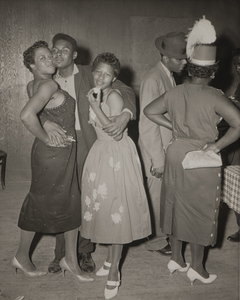 eugene roquemore [Women and men gathering at an event] 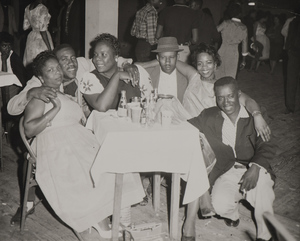 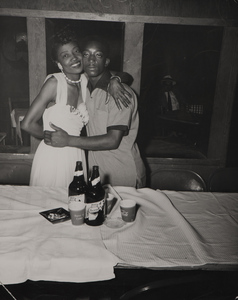 eugene roquemore [Unidentified Woman and Man]
This website stores cookies on your computer. These cookies are used to collect information about how you interact with our website and allow us to remember you. We use this information in order to improve and customize your browsing experience and for analytics and metrics about our visitors both on this website and other media. To find out more about the cookies we use, see our Privacy Policy.
I Accept I Decline