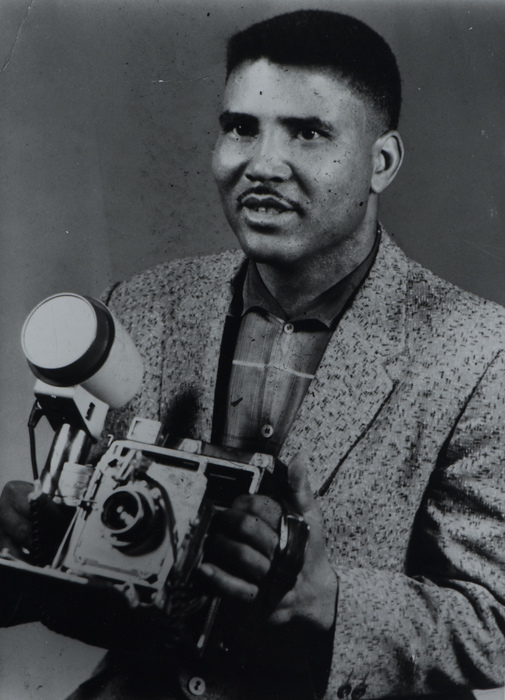 Eugene Roquemore, commercial and community photographer, was born February 3, 1921 in Timpson, Texas. He grew up in Henderson, Texas and was educated in local schools. During the Second World War he served in the Army and fought in Germany and France, receiving four Bronze Stars. After the war he attended Wiley College in Marshall, Texas, where he studied under photographer Curtis Humphrey. Roquemore briefly operated a studio in Henderson before moving to Lubbock, Texas in 1952.
In Lubbock, Roquemore worked at the Roberts Studio, owned by Sam Roberts. He later worked at Frito-Lay, Inc. from about 1966 to 1986 and held a part-time job at the bus station before retiring in 1986. From the time he arrived in Lubbock until health concerns limited his activities, Roquemore photographed freelance in the African American community.
Roquemore was married twice, the second time to Pearlie B. Roquemore, about 1950. He died on March 30, 1993. An oral history with Pearlie B. Roquemore and examples of Eugene Roquemore’s work appear in Portraits of Community: African American Photography in Texas (Austin: Texas State Historical Association, 1996).