Marion Butts | International Center of Photography
Join our mailing list
Stay updated on our latest news.
exhibition
But Still, It Turns: Recent Photography from the World
News
Engage with ICP from Anywhere
News
We Need Your Support
exhibition
#ICPConcerned: Global Images for Global Crisis
event
ICP Talks: Cheriss May on Documenting Democracy
event
ICP Talks: Mari Katayama on “Myself and the Others: Self-Portraits and this World”
Shop Become a Member Support ICP Subscribe Login
The school will be closed from 11/25–11/28 for the Thanksgiving holiday.
Artist 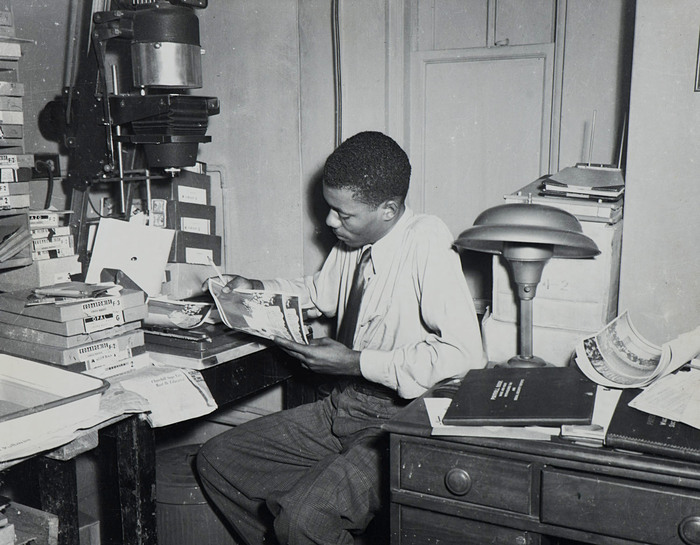 
Marion Butts was born on April 26, 1924 in Tunis, Burleson County, Texas. He grew up in Burleson County and joined his family (who moved prior to him) in Dallas in 1941. About 1942 an uncle introduced Butts to two Dallas photographers, George Meister and Morris Landolph, with whom he apprenticed. After the photographers entered wartime service during World War II, Butts operated their business until he entered the Navy in 1944. During the war he was stationed in New Guinea and the Philippines, and upon discharge purchased used photographic equipment from his former employer and opened a studio. From about 1946–1950 Butts attended Bishop College’s extension school in Dallas, and later the main campus in Marshall for two years, doing all of the school’s photography.
Butts continued his photographic work while serving as managing editor of the African American newspaper the Dallas Express from 1954 to 1962. He returned to photography full-time at a studio he operated from 1962 to 1975. Since 1975 Butts has maintained an office and continues to photograph, though not in a studio setting. An oral history with Marion Butts and examples of his work appear in Portraits of Community: African American Photography in Texas (Austin: Texas State Historical Association, 1996).