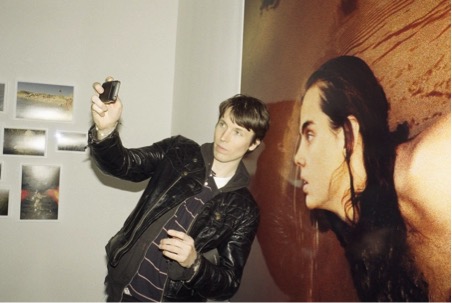 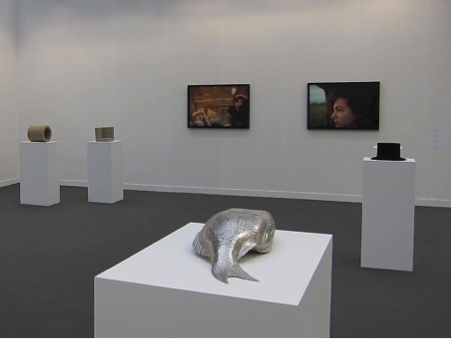 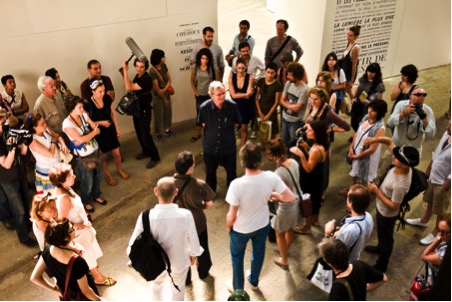 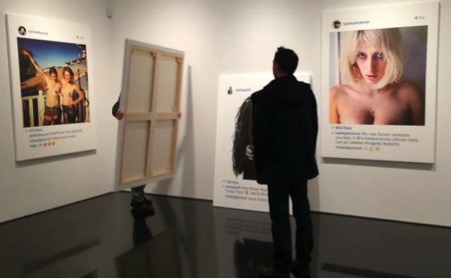 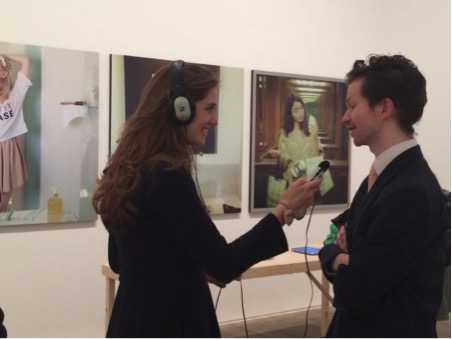 Photography in the Age of Communicative Capitalism

The culture of online photographic showing/sharing answers the socioeconomic imperatives of neoliberalism in at least two ways. For sociologists Luc Boltanski and Eve Chiapello, networked capitalism is a response to the “artistic critique” leveled against mid-twentieth-century Fordism. This demanded greater autonomy, authentic experience, freedom from the monotony of mass-produced consumer culture and the drudgery of nine-to-five working. Capitalism responded by “liberating” the workforce; fragmenting cultural and commodity production to meet the minutiae of personal preference; creating a flexi-time world where success is gauged not through movement up definable hierarchies but by a capacity to move between projects and across global networks. So this is what it feels like to be free?

The shift has had a fundamental impact on subjectivity, on the processes through which we understand who we are. As citizens of what Boltanski and Chiapello call the “projective city”—a social space “founded on the mediating activity employed in the creation of networks”—we are unbound by traditional structures of family, church, and profession. So we have to construct our selves through the micro-identities we consume. Work today is based on the relationships we develop and the connections we forge: on the extensiveness and effectiveness of our networks. As the distinction between labor and leisure becomes unclear, the identities we fashion play an integral role in what would once have been called our professional lives.

Across the twentieth century, photography, in the guise of fashion shoots and advertising, provided templates for self-presentation. As “prosumers,” we take on much of that work ourselves, reproducing lifestyle as image. Lives are broadcast to friends, friends-of-friends, colleagues, employers, potential employers. And to anyone else who’s looking. Check out my outfit, my baby, my book; the party I’m at; the protest I’ve joined; the private view I’m attending. I has become the commodity we spend most of our lives producing. In real-time. Around the clock. We fashion a self that we peddle to others in search of the next job, the next contact, the next “like.” I do exist. This is really happening. See?

Photograph from Ryan McGinley: Running Water, What Are You Running From, Bischoff Projects, Frankfurt, 2013

Advertisements for photography used to tell us that good parents and good friends preserved precious memories to look back at, nostalgically, from a future yet to happen. Remember those Kodak moments? Today we are told to show others how much we care across social-media platforms. When photography answered the demands of the Fordist economy, profits were generated through sales: of cameras, film, developing services. Now its main economic value lies in rendering lives visible to multinational corporations.

Most of us are aware of, if not particularly concerned about, the economic machinations that power this brave new world. Every time a photograph is uploaded, tagged, shared, viewed, liked, geotagged, and commented on, our preferences, relationships, and social networks become clearer. Visibility in this context refers less to what is traditionally thought about as the content of a photograph, and more to the web of data we create through the interactions that our photographic sharing allows. When algorithms know what we do, what we like, who we like to do it with, they get better at knowing what to sell us.

Like personal conversations, sharing photographs was once an activity outside the reach of the market. Today it represents an important part of our unwaged digital work-lives: what media theorist Trebor Scholz describes as “the activation of behavior on the social web as monetized labor.” Photography is a vital component in the (un)virtuous cycle at the heart of what the political theorist Jodi Dean has termed “communicative capitalism”: a regime in which “[r]hetorics of access, participation and democracy work ideologically to secure the technological infrastructure of neoliberalism, an invidious and predatory politico-economic project that concentrates assets and power in the hands of the very, very rich.”

We enact our lives as though they are a public image-stream—a desperate response to a system that has cast us adrift. By surveying our efforts to achieve selfhood, corporations sell our preferences to advertisers, who sell them back to us in the form of commodities, through which the process of self-fashioning is enacted again. And again. And again. And again.

The effects of this exhibitionism can be felt within the field of photography-as-art, as it jostles with mass culture to maintain some sense of distinction. The work of Nan Goldin was once discussed in terms of a personal compulsion to record, along with the voyeurism it potentially sanctioned. Photographs documented the world and were looked at by others. Today, writers frame her work in terms of the public sharing of a private life—a matter of showing and being seen. For curator Martina Weinhart, Goldin’s imagery marks a “step on the path towards post-privacy.” Her public display of highly personal photographs willfully transgressed social norms: part of the countercultural assault on suburban normalcy so effectively absorbed as justification for the “freedoms” of precarious working and kaleidoscopic consumer choice that we all enjoy today. Against the backdrop of our relentless photo sharing, along with the general corrosion of the distinction between public and private, what once appeared to flaunt good taste no longer looks so different from what everyone else is doing.

As for diaristic art photography after Goldin? The work of Ryan McGinley soon gave up the claim to authenticity: the artist and his friends going on road trips funded by art buyers, stripping naked and taking drugs in order to be photographed. “Reality” entertainment for the high-end cultural market? The ugly phenomenon of Terry Richardson belongs here, too—in a space where the bohemian idealism of Goldin and her friends is reduced to a grotesque celebrity pantomime. Richardson poses, dick in one hand, camera in the other; celebrities vomit, take off their clothes; models feel compelled to do what they’re told. The need-to-be-seen as ironic meta-narrative. Performance and reality blur. There is no choice. And certainly no outside. Capitalist realism finds the “artist” it deserves?

Photograph from From Here On, Rencontres d’Arles, Arles, 2011

Exhibitionist image cultures have provided rich pickings for appropriation art. Here, says photo historian Geoffrey Batchen, is a “surrealist ethnography of global photography today.” But what does it mean when rich middle-aged men take to trawling the net to show gallery-going elites what the photo-sharing classes are up to? When Joachim Schmid makes a whole book of other people’s cleavage shots, a whole book of other people’s selfies? When Martin Parr puts those books in his great big “book of books,” causing prices to soar? When Richard Prince sells blow-ups of micro-celebrities’ Instagram shots to his gallerist’s rich clients? Views of appropriation art as an affront to private property have always relied on a disavowal of art as an activity embedded in, and dependent on, capitalist markets. But it was easier to turn the other way when imagery was being taken from cigarette companies, not young women working hard to maintain their own precarious visibility.

Others have chosen to enter the fray: Amalia Ulman spoofs online female stereotypes; Arvida Byström and Molly Soda transgress the idealized norms enforced by Instagram's Community Guidelines. The paradoxical bind of their participatory performance lies in the remove that is eventually required if it is to undertake its critical work in terms recognizable to the art world. The trolling masses and policing of obscenity regulations are replaced by text panels and folio essays as appropriate modes of interpretation and response. The shift is economic, as well as discursive, of course—and here an interesting reversal occurs. Now it’s Instagram that gains ubiquity through its presence in unfamiliar cultural spaces; the art world that reaps profit through spin-offs and sales. There’s no such thing as bad visibility.

The Work of Being Watched

The art world focuses too much of its attention on the behavior of Internet users. But the fragility of the neoliberal self, the compulsion to be seen, the norms that our photographic sharing reproduce and subvert, remain just one side of the (bit)coin. This limited view loses sight of the processes through which money is being made, both in and outside the art world. Exhibitionism is big business—for Mark Zuckerberg and for Larry Gagosian. Which means that photography is labor; the art world, like the Internet, a factory, not just a playground.

Photograph from Performing for the Camera, Tate Modern, London, 2016

Ben Burbridge is senior lecturer in art history and co-director of the Centre for Photography and Visual Culture at University of Sussex. His writing on photography, contemporary art, and politics has been published widely. Curated exhibitions include Revelations: Experiments in Photography (Media Space/National Media Museum 2015) and the 2012 Brighton Photo Biennial, Agents of Change: Photography and the Politics of Space. Burbridge is co-editor of Photoworks and co-founder of Ph: The Photography Research Network. He is currently working on a book about photography, contemporary art, and neoliberalism.

This piece was originally published on publicprivatesecret.org on September 20, 2016.