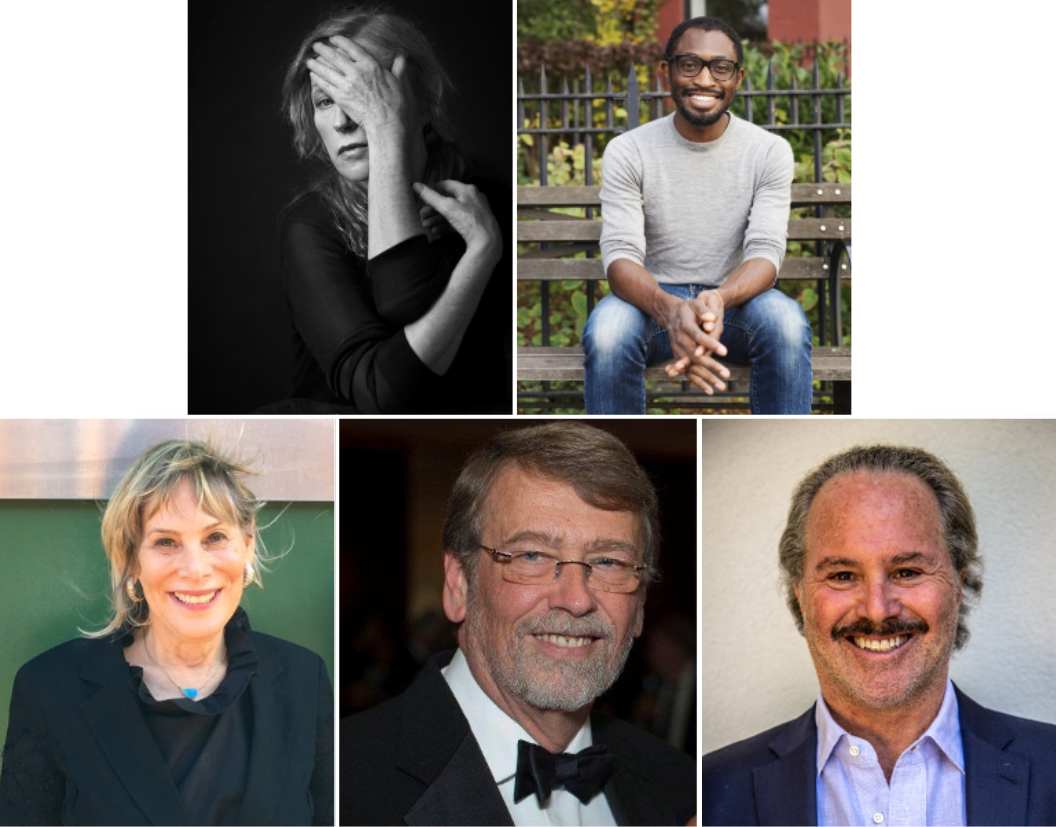 “We are extremely fortunate to welcome such an extraordinary group of talented individuals in photography, art, business, finance, non-profits, medicine, marketing and much more to ICP’s board of trustees,” said David E. Little, Executive Director of ICP. “As we make plans to commemorate the 50th anniversary of ICP in 2024, we could not be better equipped to champion the medium of photography in relation to contemporary art, and culture, explore the concerned photography of the future, and build innovative partnerships with key institutions internationally.”

ICP is preparing to celebrate its upcoming 50th anniversary in 2024. Cindy Sherman will serve as creative advisor of the 50th Anniversary Committee. Further details related to the anniversary celebration to be announced.

About the New Board Members

Jane Corkin
Jane Corkin founded Corkin Gallery in Toronto in 1979, emerging at a time when few women worked in the art world. Since then, she has been an important advocate for the arts, establishing a market for the work of artists such as Nan Goldin, William Klein, André Kértész, Irving Penn, Richard Avedon, Diane Arbus, Arnold Newman, and Giselle Freund. Today Corkin Gallery maintains a global focus and represents over 30 artists working in all media. Understanding the significance of creating dialogue, Corkin Gallery brings together contemporary artists in the US, Canada, Latin America, and across the globe. With this ethos in mind, the advisory group sources important works from the secondary market to develop institutional and private collections.

Robert Fribourg
Robert Fribourg began his career in Chicago working in advertising. He then worked in the Midwest as a grain merchandiser and floor broker on the Kansas City Board of Trade. Fribourg then co-founded an international marketing consulting firm. Subsequently, he worked at the American Museum of National History in New York with particular emphasis on major donors and the board. In the past several years he has been involved in real estate development, principally New York City townhouses. Fribourg’s nonprofit work has included being a member of the advisory boards of the French Institute (Alliance Française) and the National Executive Service Corp. Fribourg was a trustee of Trinity School in New York for 13 years and a director of the School of American Ballet at Lincoln Center for 21 years, seven of which he was Chairman of the Board. He lives between his home in Katonah, NY, and in New York City. He is married, has two children and five grandchildren. He and his wife are patrons of the Metropolitan Opera in New York, the New York City Ballet, the Bavarian State Opera in Munich and various museums.

Jonathan R. Furer
Jonathan Furer’s interest in photography began when he was 5 years old and first saw a photograph appear in a tray of developer in his father’s darkroom. He spent his teenage years running around New York City, camera in hand, photographing New York City in the 1970s. Furer has over 40 years of Wall Street, private equity, operating and capital markets experience across a wide range of industries, including: healthcare, financial services, manufacturing, energy and consumer products, where he has served as an advisor, investor and active board member. Furer serves as a trustee of the Jewish Home Family, which in addition to other services and facilities in Bergen County, includes The Jewish Home at Rockleigh, a 180-resident facility in Rockleigh, New Jersey. This facility offers long-term care to residents suffering from dementia, and those in need of respite care, hospice care, sub-acute care, speech, physical and occupational/outpatient rehabilitation. He is married, has three adult children, and resides in New Jersey.

Uzodinma Iweala
Uzodinma Iweala is an award-winning writer, filmmaker, and medical doctor. As the CEO of The Africa Center in Harlem, he is dedicated to promoting new narratives about Africa and its Diaspora. Iweala was the CEO, Editor-In-Chief, and co-Founder of Ventures Africa magazine, a publication that covers the evolving business, policy, culture, and innovation spaces in Africa. His books include Beasts of No Nation, a novel released in 2005 to critical acclaim and adapted into a major motion picture: Our Kind of People, a non-fiction account of HIV/AIDS in Nigeria released in 2012. He is also the author of Speak No Evil (2018), a novel about a queer first-generation Nigerian-American teen living in Washington, D.C. His short stories and essays have appeared in numerous publications including The New York Times Magazine, Vanity Fair, and The Paris Review, among others. Iweala was also the founding CEO of the Private Sector Health Alliance of Nigeria, an organization that promotes private sector investment in health services and health innovation in Nigeria. He sits on the boards of the Sundance Institute, The International Rescue Committee, and the African Development Bank’s Presidential Youth Advisory Group. A graduate of Harvard University and the Columbia University College of Physicians and Surgeons and a Fellow of The Radcliffe Institute at Harvard University, he lives in Brooklyn, New York.

Cindy Sherman
Coming to prominence in the late 1970s with the Pictures Generation group, Cindy Sherman’s ground-breaking photographs have interrogated themes around representation, artifice, and identity in contemporary media for over four decades. She has been the subject of one-person exhibitions at the National Portrait Gallery, London (2019) and the Museum of Modern Art, New York (2012). Her work has also been included in five iterations of the Whitney Biennial, two Biennales of Sydney, and the 1983 Documenta. She has received such awards and honors as the Praemium Imperiale, an American Academy of Arts and Letters Award, a MacArthur Foundation Fellowship, and a Guggenheim Memorial Fellowship. Born in Glen Ridge, New Jersey, she lives and works in New York.