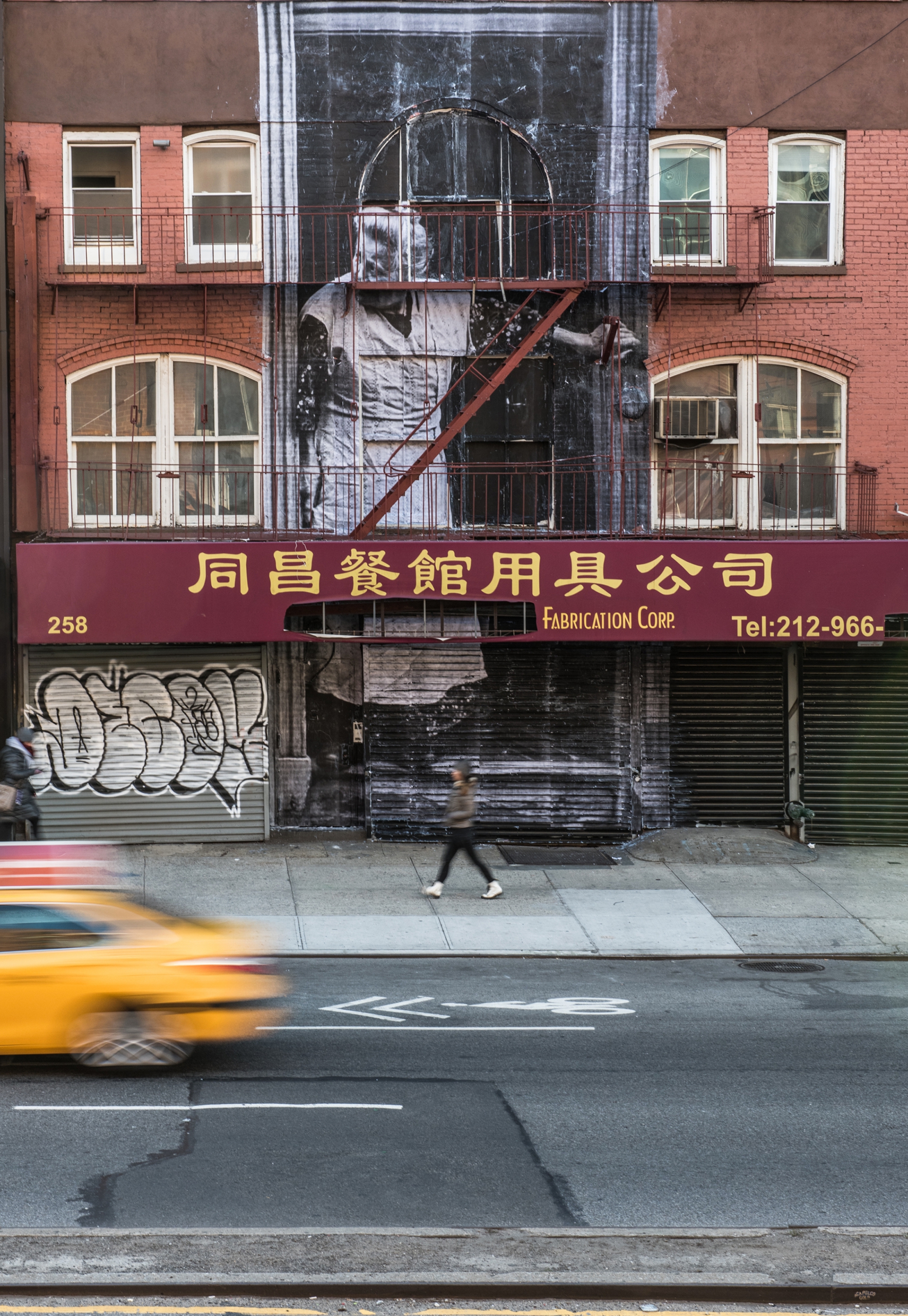 International Center of Photography and JR Collaborate on Bowery Installation

New York, NY (January 6, 2016) – The International Center of Photography (ICP) is collaborating with artist JR on an installation to draw attention to ICP’s new museum, opening this summer at 250 Bowery. On the façade of an adjacent brick building, JR pasted a large-format, three-story recreation of a Robert Capa photo depicting a woman peering out her door. Part of ICP’s extensive Collection, Capa’s photograph was made while documenting the Blitz in London during World War II.

“In anticipation of the opening of 250 Bowery this summer, we’re partnering with artists to help build excitement about ICP’s new space,” said Mark Lubell, Executive Director, ICP. “We invited French artist and Lower East Side resident JR to select an image from our Collection to paste in his signature style.” About his selection, JR said it was “the right alchemy between the image and the architecture and a tribute to Capa, the heart and soul of ICP.”

ICP previously partnered with JR in 2011 on his worldwide participatory art project INSIDE OUT through ICP at The Point in the Bronx. ICP students and local photographers took portraits of Hunts Point residents and pasted hundreds of images around the neighborhood. Nearly 300,000 people from more than 120 countries and territories have participated in INSIDE OUT.

JR’s most recent projects include collaborations with the New York City Ballet and The New York Times Magazine; a monumental installation on the the Pantheon building in Paris; and an exhibition at the abandoned hospital of Ellis Island.

Installation image credit: © JR
Image caption and credit:
Robert Capa, [Woman standing in doorway in a heavily bombed neighborhood during the Blitz, London], June-July 1941. © International Center of Photography/Magnum Photos
This website stores cookies on your computer. These cookies are used to collect information about how you interact with our website and allow us to remember you. We use this information in order to improve and customize your browsing experience and for analytics and metrics about our visitors both on this website and other media. To find out more about the cookies we use, see our Privacy Policy.
I Accept I Decline