ICP to Honor Photographer and Filmmaker Lauren Greenfield at 2016 Spotlights Luncheon | International Center of Photography
Join our mailing list
Stay updated on our latest news.
exhibition
But Still, It Turns: Recent Photography from the World
News
Engage with ICP from Anywhere
News
We Need Your Support
exhibition
#ICPConcerned: Global Images for Global Crisis
event
ICP Talks: Cheriss May on Documenting Democracy
event
ICP Talks: Mari Katayama on “Myself and the Others: Self-Portraits and this World”
Shop Become a Member Support ICP Subscribe Login
ICP's museum is open! Get timed tickets to view “But Still, It Turns.” Education and public programs are continuing online. Learn More
View Details
View Details 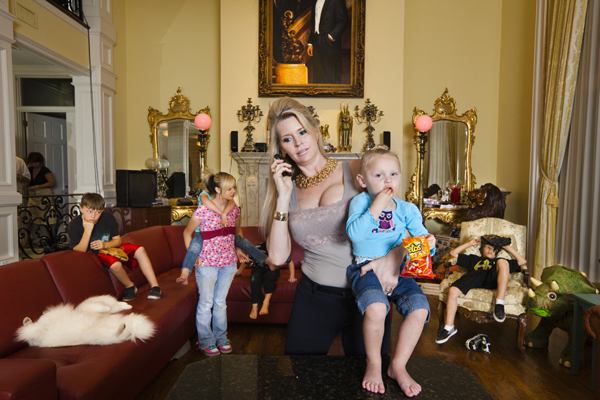 The International Center of Photography (ICP), the world’s leading institution dedicated to photography and visual culture, will honor Lauren Greenfield at the fifth annual ICP Spotlights luncheon, to be held in New York City on Tuesday, January 19, 2016. This benefit event celebrates the significant contributions of female artists in photography and film. Past honorees include Carrie Mae Weems, Mary Ellen Mark, Shirin Neshat and Stephanie Sinclair, among others.

An award-winning American artist, documentary photographer and filmmaker whose work explores the themes of gender, body image and affluence, Greenfield has published three photography books and has exhibited her work at ICP and many other cultural institutions and galleries throughout the world. Her feature documentary film, The Queen of Versailles, was awarded the Sundance Film Festival Directing Award for US Documentary in 2012 and her direction of the viral advertising campaign #LikeAGirl, won a 2015 Emmy Award for Outstanding Commercial, as well as several Clios.

At the Spotlights event, Greenfield will engage in an on-stage discussion with Jessica Bennett, a noted American journalist who writes about gender, sexuality and culture for The New York Times. In addition, Bennett is a contributing editor for Sheryl Sandberg’s women's nonprofit, LeanIn.org, where she is the cofounder and curator of the Lean In Collection with Getty Images, an initiative to change the depiction of women in stock photography.

“Lauren is an artist who truly has her finger on the pulse of what’s happening in our culture and is able to communicate it powerfully through both still and moving images,” said ICP Executive Director Mark Lubell. “As someone whom ICP gave a Young Photographer Award in 1997, we knew early that Lauren had important stories to tell that would have a profound impact. We’re honored to celebrate her with a Spotlights Award.”

The luncheon will also feature a special tribute, as well as the introduction of a scholarship fund in her memory, to award-winning documentary photographer Mary Ellen Mark, who died in May 2015. Over the years, ICP produced two exhibitions of Mary Ellen’s work including the 1991 exhibition Mary Ellen Mark - 25 Years and, in 2001, Mary Ellen Mark: An American Odyssey. In addition to having her images well represented in ICP’s collection, Mark was a long-time ICP faculty member who taught workshops, master critiques and travel programs in Mexico. She was also an active mentor to ICP School students and staff over the decades and lectured at ICP whenever a new body of work was produced. In 1997, Mark was a recipient of an ICP Infinity Award in Photojournalism and chosen for the Cornell Capa Award in 2001. She joined the first ICP Spotlights program as a respected panel member of celebrated, women documentary photographers.

The Spotlights Awards kicks off a transformative year for ICP. In summer 2016, a new, modern ICP Museum and events space will open at 250 Bowery. Working in partnership with artists, technologists, thinkers and ICP members, the space will explore how images are catalysts for wide-reaching social change.