Edmund Clark: The Day the Music Died Opens January 26 at the ICP Museum | International Center of Photography
Join our mailing list
Stay updated on our latest news.
exhibition
But Still, It Turns: Recent Photography from the World
News
Engage with ICP from Anywhere
News
We Need Your Support
exhibition
#ICPConcerned: Global Images for Global Crisis
event
ICP Talks: Cheriss May on Documenting Democracy
event
ICP Talks: Mari Katayama on “Myself and the Others: Self-Portraits and this World”
Shop Become a Member Support ICP Subscribe Login
Please note that ICP’s school will be closed Monday, July 4.
View Details
View Details 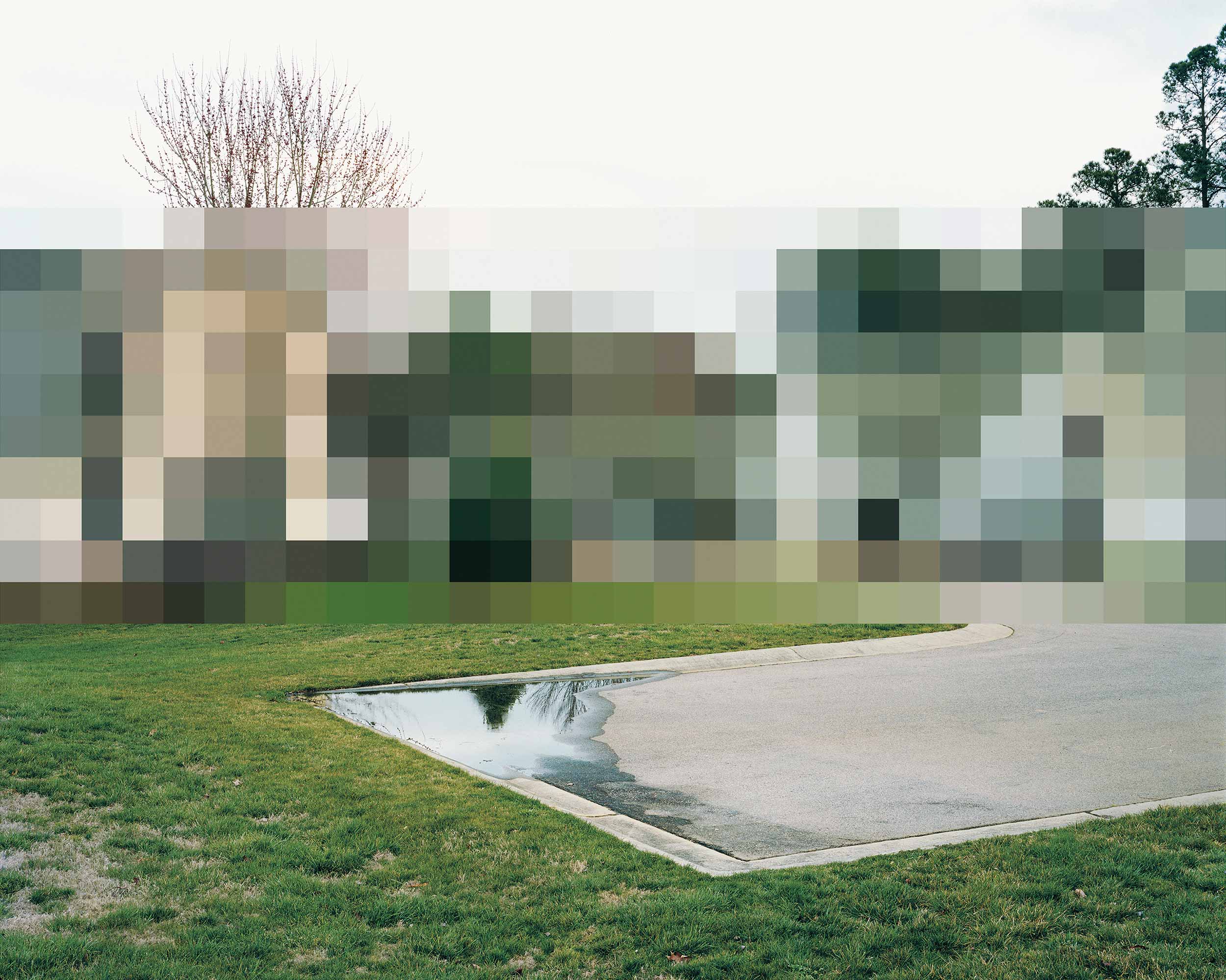 Edmund Clark: The Day the Music Died Opens January 26 at the ICP Museum

News
Museum
Edmund Clark, Redacted image of a complex of buildings where a pilot identified as having flown rendition flights lives, from the series Negative Publicity: Artefacts of Extraordinary Rendition, 2013. © Edmund Clark

The International Center of Photography (ICP) proudly announces details about Edmund Clark: The Day the Music Died, the award-winning British photographer’s first solo museum exhibition in the United States. On view January 26 through May 6, 2018 at the ICP Museum (250 Bowery), the show provides a timely and thoughtful exploration of the measures taken by states to protect its citizens from the threat of international terrorism—and the far-reaching effects of such methods of control including issues of security, secrecy, legality, and ethics. It brings together over 100 images, film, official documents, and ephemera exploring the hidden experiences and spaces of control and incarceration in the so-called global War on Terror.

From Guantanamo Bay to Afghanistan to extraordinary rendition and the CIA’s secret prison program, Clark’s work delves into the processes, sites, and experiences associated with America’s response to international terrorism. His engagement with military and state censorship exposes the secrecy and denial around these subjects and reflects on how terror impacts us all by altering fundamental aspects of our society and culture.

Edmund Clark: The Day the Music Died features a linked series of publications and photographic projects completed over more than 10 years. This site-specific exhibition invokes an immersive and sensory engagement with the experiences of observation, detention, and disorientation explored through the artist’s work.

The exhibition includes a new work—198/2000 (2017)—about the disclosure of images of abused torture of prisoners in US detention centers overseas, and the first US showing of Negative Publicity: Artefacts of Extraordinary Rendition (2016), created in collaboration with counterterrorism investigator Crofton Black, which recreates the process of investigating the CIA's black site network and the corporate service providers that enabled the processes of disappearance within it.

Other works include Guantanamo—If the Light Goes Out (2010), a series juxtaposing ideas of home through photographs of the notorious detention camp, the US naval base, and former detainees’ homes; Letters to Omar (2010), images created by the bureaucratic processes of scanning and redacting correspondence sent to UK resident Omar Deghayes during his six years of detention at Guantanamo; Section 4 Part 20: One Day on a Saturday (2011), an audio-visual work, produced with multimedia editor Anna Stevens, that explores notions of disorientation and complicity through details of Letters to Omar, images and voices overlaid in stereo recounting the minutiae of official daily detainee control, and the testimony of a particular interrogation; Orange Screen (2016), developed with writer Max Houghton, which describes iconic images in the War on Terror on a background of orange—a symbol of captivity and incarceration; and a new iteration of Body Politic (2016), a multimedia installation originally developed with Houghton that features copies of redacted documents on the CIA’s activities alongside a looped video of images of the people—politicians, military leaders, detainees, and suspected terrorists—associated with the War on Terror.

“Everyone’s lives have been hugely affected by the War on Terror,” explains Clark. “We are all living with enormous ramifications with what’s going on. The work isn’t about the individual cases; it’s about the ordinariness of the process and the extraordinariness of the situation. It also concerns looking for new ways for photography and the arts to engage audiences with the unseen and quickly evolving nature of contemporary conflict and the representation of its narratives.”

“ICP’s legacy of exhibiting and examining concerned photography makes us uniquely suited to present Edmund Clark: The Day the Music Died,” says Erin Barnett, ICP’s director of exhibitions and collections. “The compelling and jarring part of Edmund Clark’s work is that he shines a light on the extraordinary methods of fighting the so-called War on Terror, hiding in plain sight in ordinary locations.”

Also on view in January is Then They Came for Me: Incarceration of Japanese Americans during World War II. Organized by Alphawood Exhibitions in collaboration with the Japanese American Service Committee in Chicago and coordinated by ICP Assistant Curator Susan Carlson, the exhibition examines a dark episode in US history when, in the name of national security, the government incarcerated 120,000 citizens and legal residents during World War II without due process or other constitutional protections to which they were entitled. Executive Order 9066, signed by President Franklin D. Roosevelt on February 19, 1942, set in motion the forced removal and imprisonment of all people of Japanese ancestry—citizens and non-citizens alike—living on or near the West Coast. Then They Came for Me documents the eviction of Japanese Americans and permanent Japanese residents from their homes as well as their subsequent lives in incarceration camps, reexamining the history, presenting new research, and telling the stories of the individuals whose lives were upended due to racial bigotry. This exhibition features more than 100 images, including works by renowned photographers Dorothea Lange, Ansel Adams, Toyo Miyatake, and others, as well as personal objects, artifacts, archival materials, and video testimonies of those who were incarcerated.

“Then They Came for Me bears witness to a particularly shameful time in American history,” says Barnett. “This powerful and timely exhibition, like Clark’s work, explores the consequences of government abuse of people’s rights under the guise of protecting other Americans.”

Edmund Clark: The Day the Music has been made possible by the generous support of the ICP Exhibitions Committee; public funds from the New York City Department of Cultural Affairs in partnership with the City Council; and the Joseph and Joan Cullman Foundation for the Arts, Inc.

Both exhibitions and related programming will be presented at the ICP Museum (250 Bowery) through early May. For more information including events, hours, and admission costs, visit.icp.org.

A complementary exhibition of Edmund Clark’s work—featuring his series The Mountains of Majeed, reflecting on the end of Operation Enduring Freedom in Afghanistan—will open at Flowers Gallery New York on January 26, 2018.

Edmund Clark is an award-winning British photographer whose work links history, politics, and representation. He has received worldwide recognition for his work, including the Royal Photographic Society Hood Medal for outstanding photography for public service, the British Journal of Photography International Photography Award, a 2017 W. Eugene Smith Fellowship, and, along with Crofton Black, a 2017 ICP Infinity Award and the 2016 Rencontres d’Arles Photo-Text Book Award. His work was the subject of major solo exhibitions, Edmund Clark: War of Terror, at the Imperial War Museum, London, and Terror Incognitus, at Zephyr Raum für Fotografie, Reiss-Engelhorn-Museen, Manheim, Germany. He teaches at the London College of Communication, part of the University of the Arts London.

The International Center of Photography (ICP) is the world’s leading institution dedicated to photography and visual culture. Cornell Capa founded ICP in 1974 to preserve the legacy of “concerned photography”—the creation of socially and politically-minded images that have the potential to educate and change the world— and the center’s mission endures today, even as the photographic medium and image making practices have evolved. Through its exhibitions, school, public programs, and community outreach, ICP offers an open forum for dialogue about the role that photographs, videos, and new media play in our society. To date, it has presented more than 700 exhibitions and offered thousands of classes at every level. ICP brings together photographers, artists, students, and scholars to create and interpret the realm of the image. Here, members of this unique community are encouraged to explore photography and visual culture as mediums of empowerment and as catalysts for wide-reaching social change.