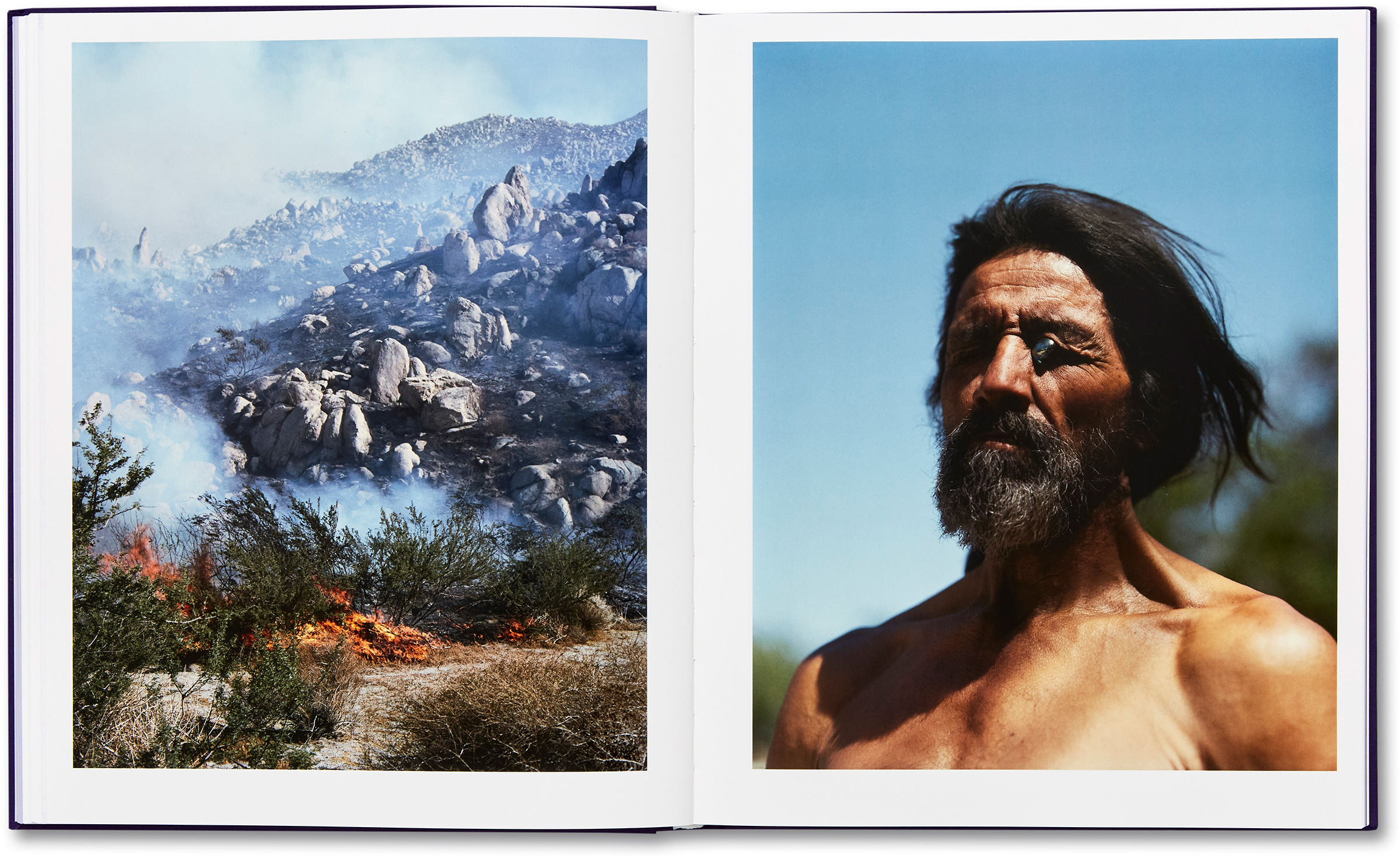 Conversations on “But Still, It Turns,” the Book

Join ICP and MACK books for a week of informal conversations on the book But Still, It Turns, curator Paul Graham’s revitalizing manifesto for photography of the world-as-it-is. Over four days, the artists and writers will discuss the book's themes and provocations around the issues of time, place, process, and sequence. The book was published in conjunction with ICP’s current exhibition, But Still, It Turns: Recent Photography from the World, on view through August 15, 2021 in New York, New York. Reserve your timed ticket to see the exhibition.

These programs will premiere on MACK Live and will be viewable on YouTube. Register to receive an email reminder.

Paul Graham has played an essential role in dissolving the barriers between the worlds of documentary and fine art photography. Starting in the early 1980s, Graham’s use of color in the role traditionally occupied by black-and-white documentary was a radical challenge to the unwritten rules of engaged photography. Troubled Land (on the Northern Ireland conflict) and Beyond Caring (addressing unemployment in the time of Margaret Thatcher) shifted the debate on how such issues could be visually articulated. With an extraordinarily long and active career of four decades, Graham has published eighteen monographs and three survey books. He moved to New York in 2002, and has worked in the United States since then. Most notably, a shimmer of possibility was published as a set of twelve books and presented as a solo exhibition at MoMA, New York. He is represented by Pace Gallery in the United States, and galleries in London and Berlin.

Rebecca Bengal writes fiction and nonfiction and is a regular contributor to Aperture. Her essays, interviews, and other writing about photography have also been published by The New York Times, The New Yorker’s Photo Booth, The Paris Review Daily, Bookforum, T, New York, The Nation, Vogue.com, and the Criterion Collection, among others. Her short story “The Jeremys” appears in Justine Kurland’s Girl Pictures (Aperture) and she contributed a semifictional text to Carolyn Drake’s Knit Club (TBW Books). Originally from western North Carolina, she is based in Brooklyn.

Emanuele Brutti was born in 1984 in Verona. After living between Germany and Ireland, he decided in 2013/2014 to attend a master in photojournalism program at Luz Photo Agency in Milan. As a photographer he is particularly interested in long-term projects focused on the relationship between social issues, people, and their environment. His desire to cooperate with different artists brought him to found Fonderia 20.9, an artist-run space in Verona dealing with contemporary photography, together with Chiara Bandino and Francesco Biasi. He currently works and lives in Verona.

Piergiorgio Casotti was born in 1972 in Italy and graduated with a degree in economics. His photography career began in the field of fashion; after a couple of years, he devoted himself intensively to documentary photography, committing to long-term projects. His attraction to the dynamics of human beings and developing urban societies has lately brought him to Greenland, Mongolia, and Sakhalin Island. In recent years he started to use video as a documentary form and as a way to complement and further develop the photographic language.

Richard Choi is an American artist. He received an MFA from Yale University in 2012 and a BFA from Art Center College of Design in 2009. In 2017 his work appeared in Alexander Nemerov’s book Experience, published by The Terra Foundation for American Art (Terra Foundation Essay Series Volume 4), in an essay titled “The Hushed Place: Richard Choi’s Trampoline (2011).” Richard Choi currently lives and works in Yonkers, NY.

Gregory Halpern grew up in Buffalo, New York, and has been photographing in the region for twenty years. He has published six books of photographs, including Let the Sun Beheaded Be (2020), Omaha Sketchbook (2019), Confederate Moons (2018), ZZYZX (2016), A (2011), and East of the Sun, West of the Moon (2014), a collaboration with his wife, Ahndraya Parlato. He is also the editor of The Photographer’s Playbook: Over 250 Assignments and Ideas (2014). He holds a BA in history and literature from Harvard University and an MFA from California College of the Arts. He was the recipient of a Guggenheim Fellowship in 2014 and is an associate member of Magnum Photos. He teaches photography at the Rochester Institute of Technology, in Rochester, New York.

Curran Hatleberg received his MFA from Yale University in 2010. His work has been exhibited nationally and internationally, including recent shows at the Whitney Museum of American Art, MASS MoCA, Higher Pictures, and Fraenkel Gallery. Hatleberg has taught photography at numerous institutions, including Yale University and Cooper Union. He is the recipient of a 2020 Maryland State Arts Council Grant, a 2015 Magnum Emergency Fund grant, a 2014 Aaron Siskind Foundation Individual Photographer’s Fellowship grant, and the 2010 Richard Benson Prize for excellence in photography. Hatleberg’s work is held in various museum collections, including the Whitney Museum of American Art, SF MoMA, KADIST, the Center for Contemporary Photography, the Davison Art Center at Wesleyan University, the Williams College Museum of Art, and the Yale University Art Gallery. Lost Coast, his first monograph, was released by TBW Books in fall 2016. Somewhere Someone, a collaborative artist book with Cynthia Daignault, was released by Hassla Books in fall 2017. His second monograph, Peanut's Dream, will be published by TBW Books in 2021.

Kristine Potter is an artist based in Nashville, Tennessee, whose work has routinely explored masculine archetypes, the American landscape, and cultural tendencies toward mythologizing the past. Potter was awarded an MFA in photography from Yale University in 2005. She is a 2018 Guggenheim Fellow and the 2019/2020 awardee of the Grand Prix Images Vevey. Her work can be found in public and private collections internationally, including the Georgia Museum of Art, 601 Artspace, Swiss Camera Museum, and Foundation Vevey. Potter’s first monograph, Manifest, was published by TBW Books in 2018.

RaMell Ross is a visual artist, filmmaker, writer, and liberated documentarian. His work has appeared in places like Aperture; Hammer Museum; Institute of Contemporary Arts, London; Museum of Modern Art; National Gallery of Art; and Walker Art Center. He has been awarded an Aaron Siskind Foundation Individual Photographer’s Fellowship and was a 2020 USA Artist Fellow. His feature experimental documentary Hale County This Morning, This Evening won a Special Jury Award for Creative Vision at the 2018 Sundance Film Festival and 2020 Peabody Award. It was nominated for an Oscar at the 91st Academy Awards and an Emmy for Exceptional Merit in Documentary Film. RaMell holds degrees in Sociology and English from Georgetown University and is faculty in Brown University’s Visual Art Department. His work is in various public and private collections.

Vanessa Winship was born and brought up in North Lincolnshire, England. She studied photography at Filton technical college in Bristol and holds a BA (hons.) in cinema, video, and photographic arts from the Polytechnic of Central London (Westminster University). From 1998 through present she has lived and worked in the Balkans and the countries surrounding the Black Sea. In 2005 she joined Agence VU in Paris, and in 2014 Winship had her first mid-career survey at the Fundación Mapfre Gallery in Madrid, which toured six further venues. Her first major UK solo survey exhibition, And Time Folds, was at the Barbican Art Gallery, London, in 2018. She is recipient of two World Press awards and the Prix HCB (2011), and was Sony photographer of the year in 2008.

Stanley Wolukau-Wanambwa is a photographer, writer, and graduate director of the photography MFA at the Rhode Island School of Design. His book of selected essays, Dark Mirrors, will be published by MACK Books in 2021 and his most recent monograph, Hiding in Plain Sight, coauthored with fellow artist Ben Alper, was published by the Harun Farocki Institute in 2020. He is editing the inaugural Aperture Reader Series, titled The Lives of Images, which will launch in summer 2021.

But Still, It Turns is Paul Graham’s revitalising manifesto for photography from the world - a re-dedication to the tangle of reality. In this dynamic and diverse book, Graham curates 8 photographers' work: Vanessa Winship, Stanley Wolukau-Wanambwa, RaMell Ross, Kristine Potter, Curran Hatleberg, Piergiorgio Casotti & Emanuele Brutti, Gregory Halpern and Richard Choi, together with essays by Graham, Rebecca Bengal and Ian Penman, all of which tease out a new, enlightening post-documentary form for photography.

MACK is an independent publisher of award-winning books on visual arts, working with the world’s leading artists, writers, curators and cultural institutions.