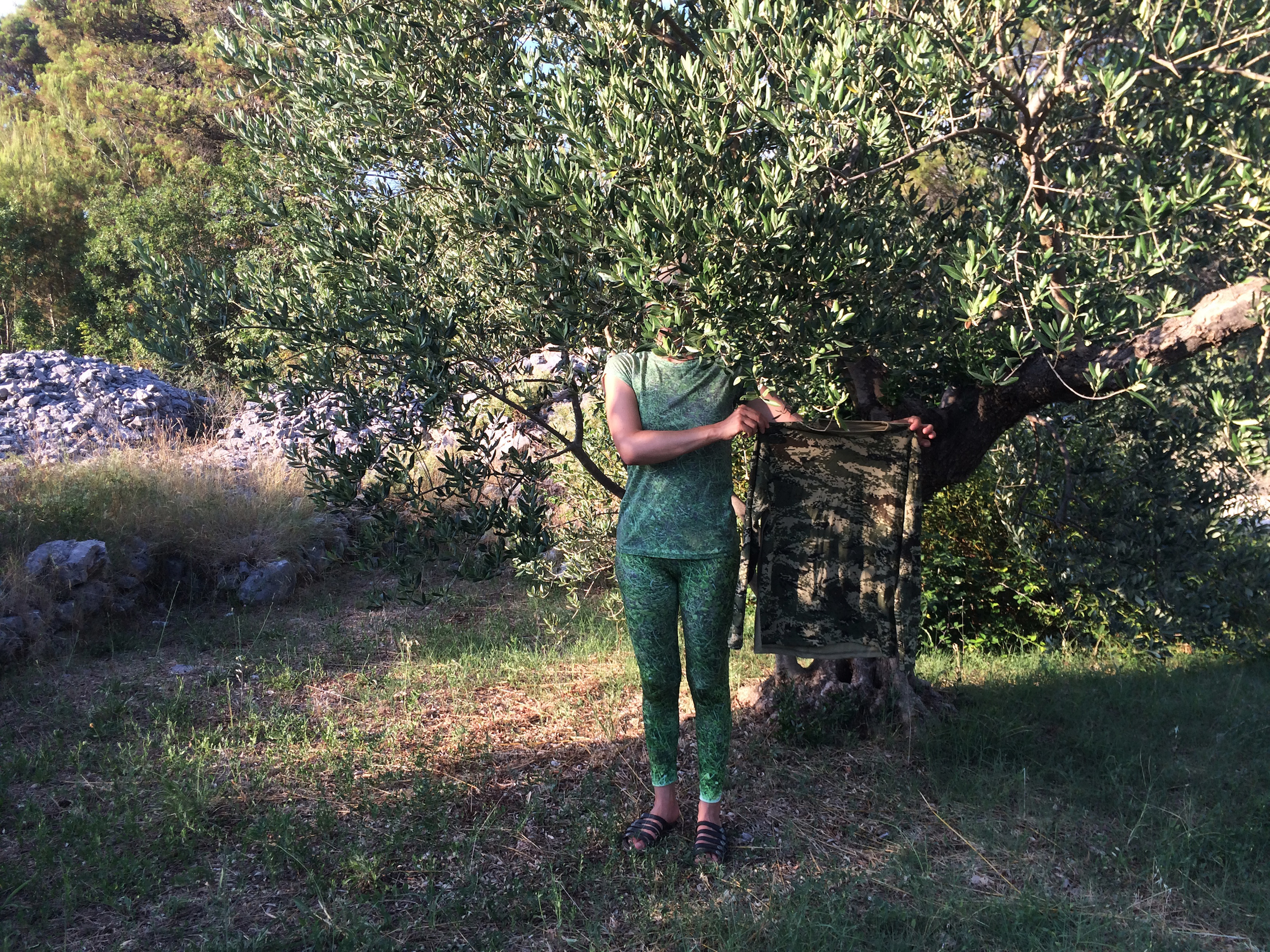 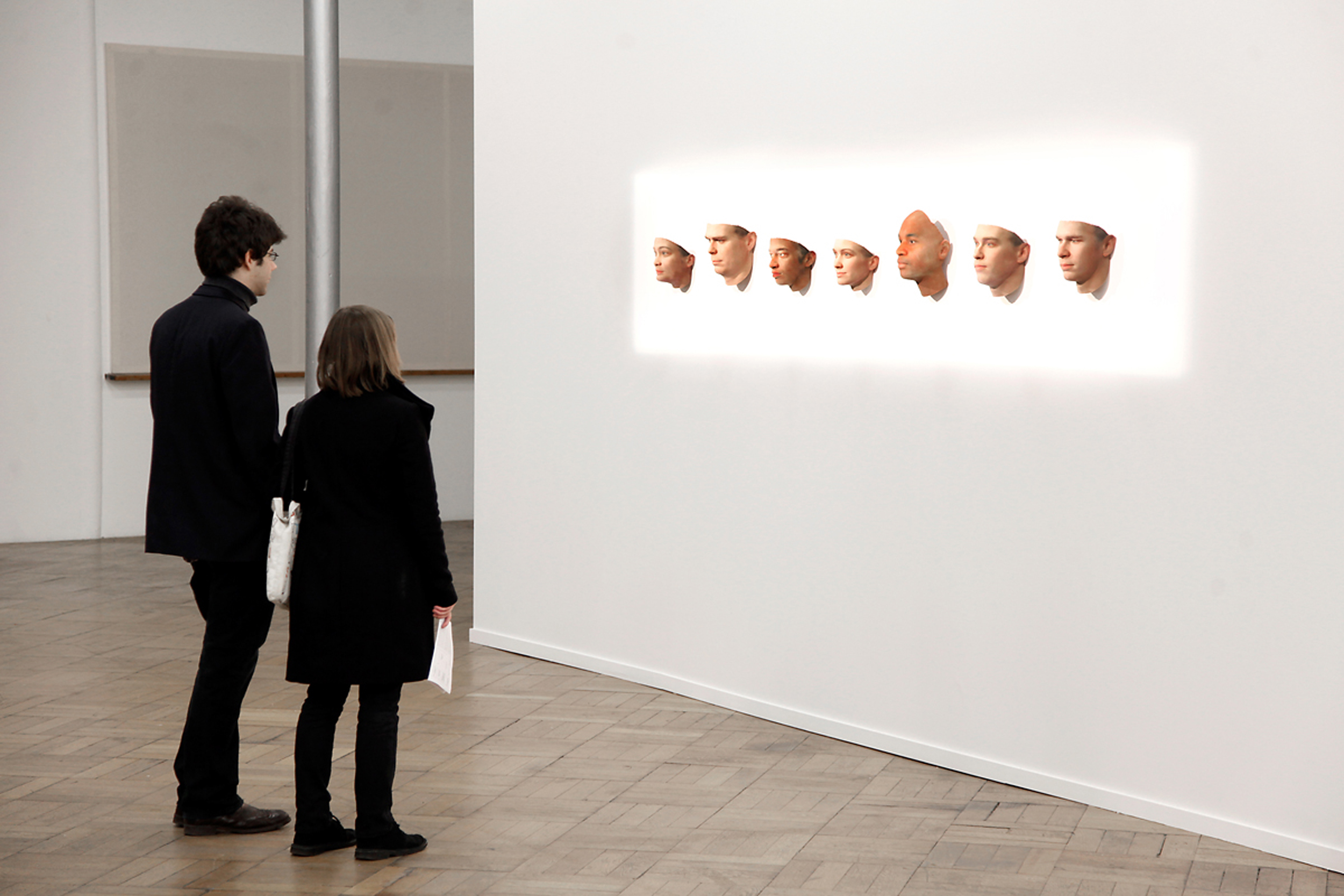 Charlotte Cotton: It’s a real pleasure to have a few minutes with you before you head to New York for the first of the workshops that you have organized in response to Public, Private, Secret. You’ve curated the program in your role as Associate Curator at Machine Project in Los Angeles, and I'd like to start by asking you about Machine Project and your work there.

Lucas Wrench: Machine Project is a non-profit arts space in Echo Park, and we focus mainly on performances, workshops, lectures, and also curate projects with the public, in the public sphere. Above all, the program is about letting artists experiment with the public in ways that are generous and engaging. I work as the Associate Curator and the Operations Manager at our 1200 N. Alvarado Street storefront gallery. I work primarily on the weekly events program, and help out with the larger off-site projects that Machine Project undertakes.

CC: And how did you approach the invitation to curate events at the ICP Museum for Public, Private, Secret?

LW: I approached the programming from the perspective of an audience that’s inundated with ideas and information around online privacy, state surveillance, what they should and should not be sharing—an audience who are left feeling generally paranoid and disempowered. So the events focus on allowing participants to find new relationships to these ideas of privacy/secrecy/sharing/surveillance, that are actually fun and kind of exciting, rather than this “Big Brother,” inaccessible area.

CC: One of the reasons I wanted to work with you is your own interest in the cyber realm. The Public, Private, Secret exhibition is consciously curated to not be dominated by creative responses to state surveillance—not least because there has been a wealth of exhibitions that have this as their central theme. But, also, I was concerned that the form of an exhibition would make the subjects of government and corporate surveillance inaccessible and that these factors that militate our sense of personal privacy could be more meaningfully unpacked within the workshop format.

LW: Yeah, I think the workshop format is exciting, less for the instructional element which can often be easily learned online through YouTube tutorials or whatever, and more for the opportunity for an artist to spend an extended period of time with the audience, where conversations can unfold and we can ask people to step outside of the “art-viewer” roles they would occupy in an exhibition. For example with our Becoming Anonymous workshop, it’s partially about learning online anonymity tools, but more importantly learning them in a group setting where you can feel safe to explore these questions and go a bit further than you might on your own.

CC: Will you describe the live events that you have planned for Public, Private, Secret?

LW: There are six projects that I have organized for the Public, Private, Secret program this fall, beginning with workshops on September 10 and 11 that I am hosting with my LA Cryptoparty compatriots (Dan Bustillo and Tim Schwartz). They are probably the most surveillance-related workshops, where we’ll learn about the tiers of online anonymity, and practice email encryption through a role-play of Edward Snowden’s data leak to Laura Poitras.

Anne Elizabeth Moore is an artist and journalist who will be leading an intro-level journalistic-tools workshop on October 15 that is helpful for anyone who has a particular line of questioning that they are trying to pursue—whether interested in a local politician, philanthropist, an art institution’s funding, or a possibly corrupt corporation. Anne Elizabeth will guide participants through skills including how to conduct a phone call and question someone along journalistic guidelines, how to file record requests, and how to search government databases. The workshop is devised to give people a little more agency to explore their suspicions in the world.

ETEAM has been making work around surveillance for over a decade now, creating projects that bridge the art and tech realms. Their workshop on October 22 and 23 is called How to Disappear and explores ideas of camouflage, invisibility, and this in-between state of not-quite-gone.

Dan Phiffer’s Our Net youth workshop on November 5 and 6 focuses on teaching young people about internet infrastructure, and Dan will be working with participants to create private online networks that are closed off from the broader Internet.

Heather Dewey-Hagborg is an artist who has a project called “Stranger Visions” where she creates 3D portraits of people based on DNA traces left behind such as a discarded piece of gum! On December 10 and 11, she is going to take participants through the process of analyzing discarded DNA, and trace genetic markers to reconstruct someone’s face and focus our attention on our biology as potential meta data.

CC: What I like about the program is that there is a degree of consciousness raising! And coming to the workshops is a safe and happy framework to think about the issues at stake. I think that your workshops have the same tenor as the exhibition in their acknowledgement that we are all equal and implicated in the pervasive impact of imaging technologies and their platforms upon our personal privacy. And that this heightened state of awareness in the ICP museum this fall can be creatively explored.

LW: I intentionally wanted to avoid further polarization of positions—the good versus evil of this era of surveillance—and instead let participants experience a range of perspectives and see how that feels. My program is very inspired by the writing of one of the contributors to Public, Private, Secret, Zach Blas, who’s work (in part) addresses biometrics as a form of governance. He was the first person I’d read that articulated this problem of how can we be present and visible on our own terms, in the face of a government and economic system working aggressively to figure us out. The right to be opaque in the face of those trying to render us transparent. Within the live events program for ICP, we are paying attention to who’s looking at whom, and how we can upset those perspectives—for example, as a citizen journalist, an anonymous surfer of the internet, or possibly a master of disguise.

CC: When I started working on the exhibition, I was laden with quite dystopic emotions! Just coming to terms with the factors that militate against a centered and confident sense of my personal privacy was quite a big deal for me. And it wasn’t until I was pretty far down the line in the curating process before I began to feel a little empowered by possibilities—to be seen and to evade visibility. And, ultimately, that is what the exhibition came to balance—as being equal parts about how artists use and subvert the tools of surveillance, and the political importance of “being seen” and taking some control over self-image. I wondered where you are on your arc!

LW: This exhibition has been an opportunity for me to re-evaluate. I’ve been doing these workshops at Machine and around LA that are quite focused on technological ways to subvert government surveillance. But after learning all these anonymity tools, downloading all these trackers and apps, and following the legislation, I’ve started questioning the practicality of it all, and questioning the community’s alignment with Libertarian ideology and tech giants advocating for greater corporate secrecy. I still think that there is great political power in being anonymous, having strong encryption, and controlling your personal data, even little things like texting your friends over encrypted messengers. But I think this conversation isn’t going to move forward until we can start addressing all the reasons we want to also make ourselves visible, share our lives online, take selfies, and be seen. How can our work as artists and activists encompass and allow for a wider conversation about the terms under which we present ourselves, and examine others?

This interview was originally published on publicprivatesecret.org on September 7, 2016.

Related Items
Event Becoming Anonymous Event Stranger Visions Event How to Disappear ICP.org Café Exhibition Public, Private, Secret
This website stores cookies on your computer. These cookies are used to collect information about how you interact with our website and allow us to remember you. We use this information in order to improve and customize your browsing experience and for analytics and metrics about our visitors both on this website and other media. To find out more about the cookies we use, see our Privacy Policy.
I Accept I Decline