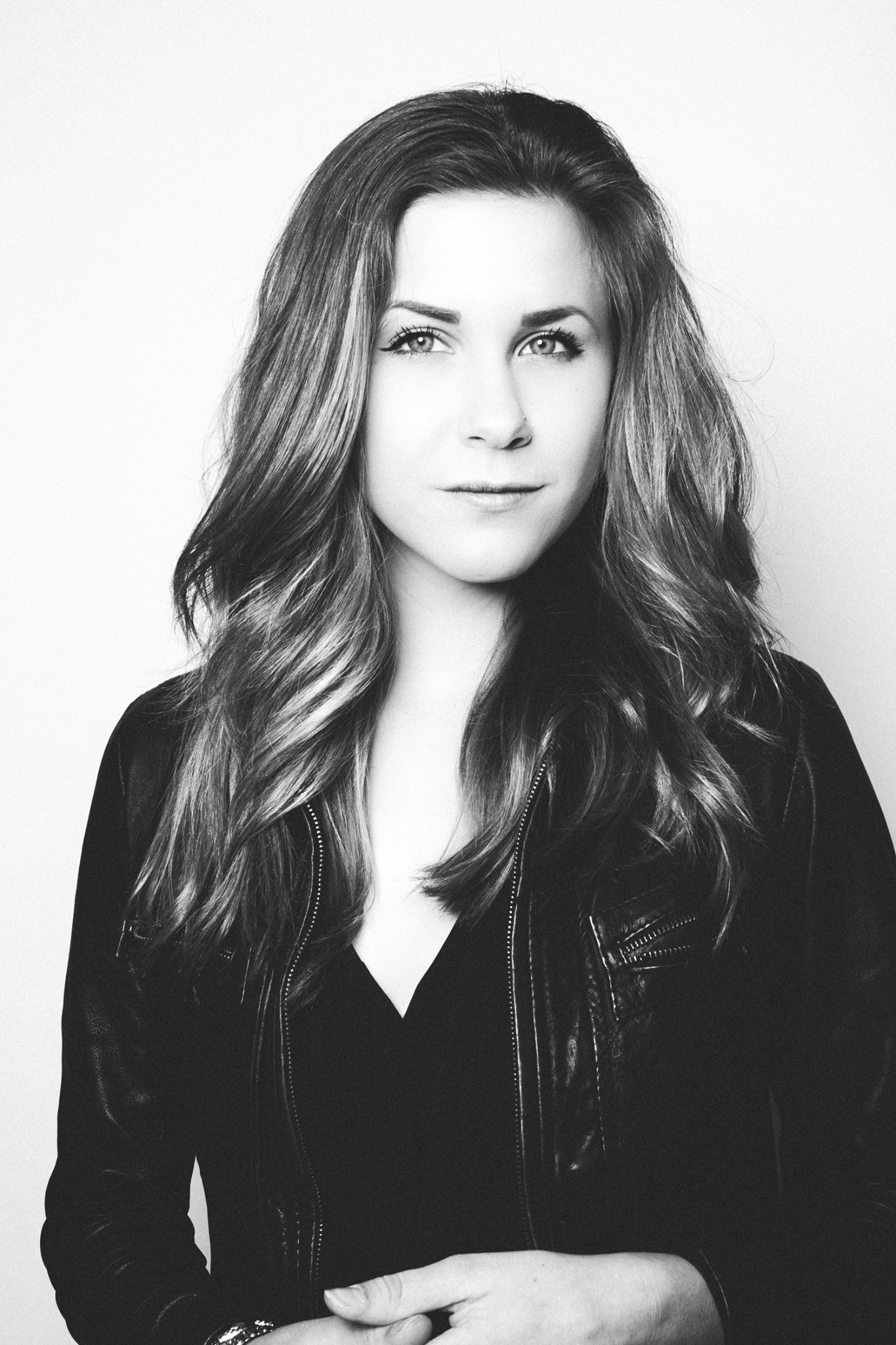 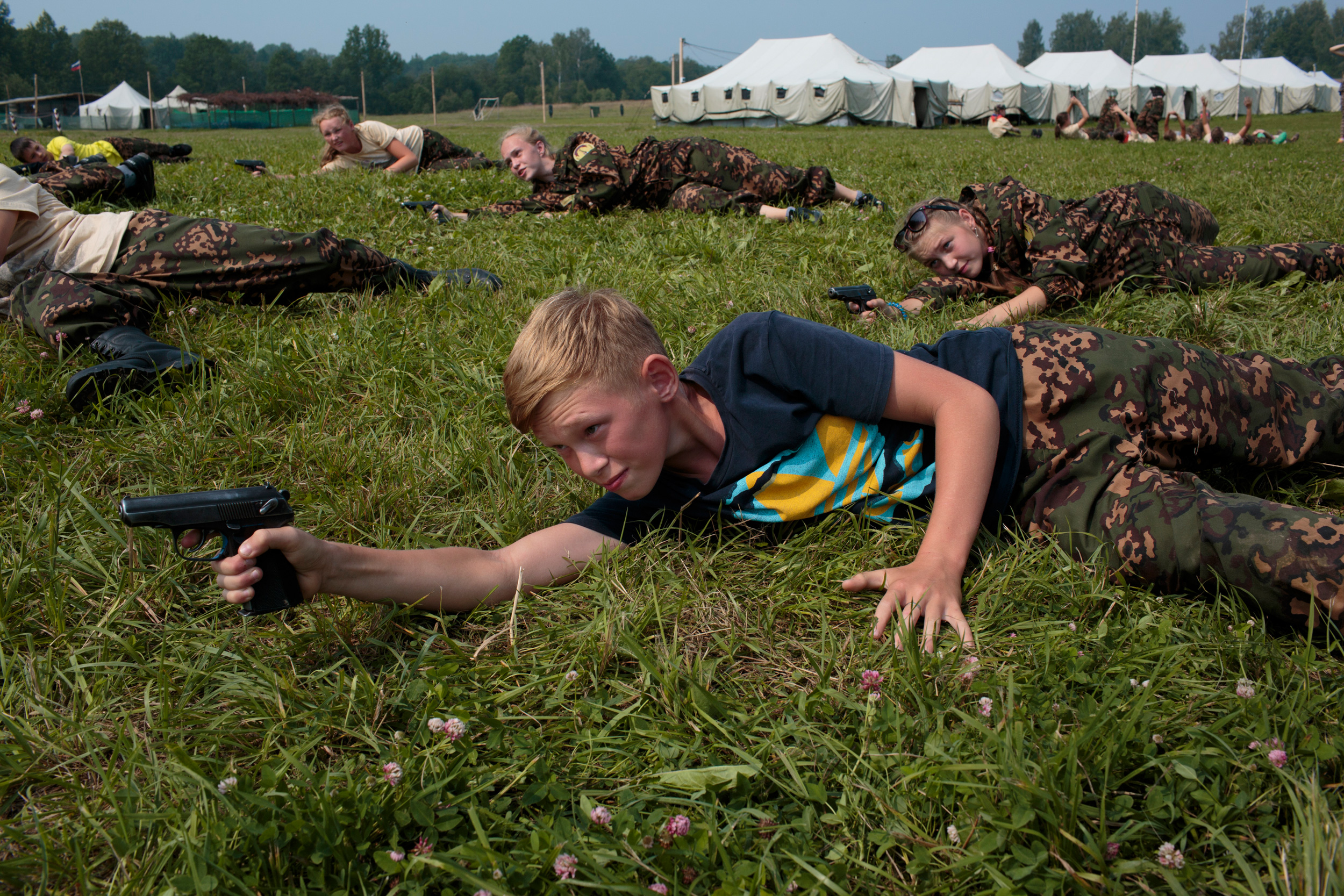 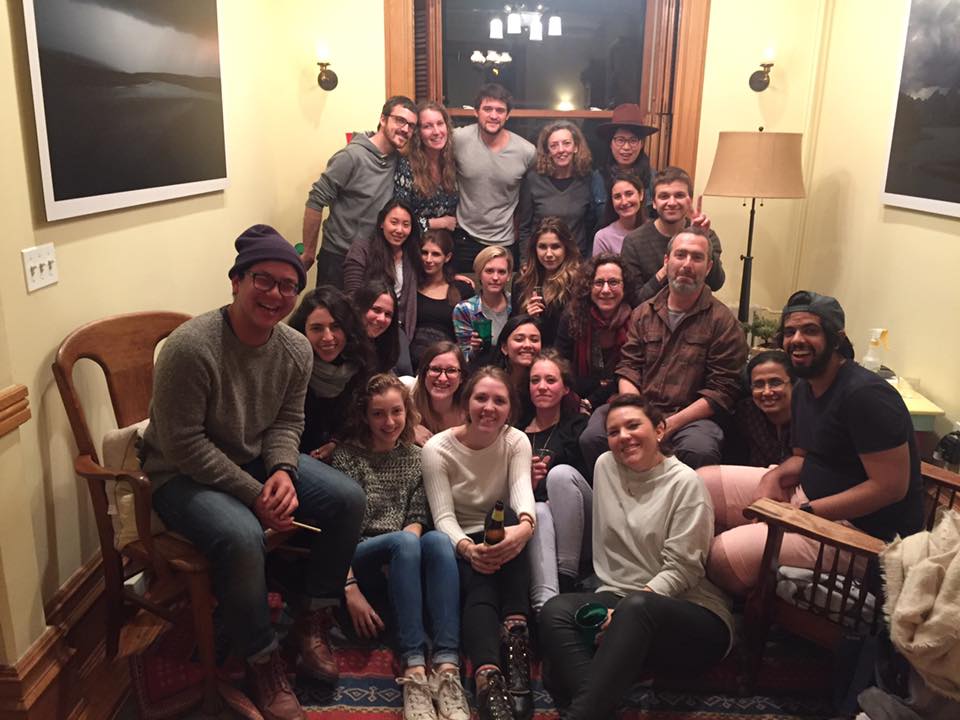 You have been very busy since graduating in June of this year. What have been some of the highlights?

After graduating from ICP, in light of a hectic election year, I went to Ohio to photograph the Republican National Convention, where I focused on doing a portrait series of individuals attending the convention. Immediately after, I went to Russia to continue working on a personal project that I started in April 2016, which is the most interesting memory I have since graduating from ICP. I photographed various patriotic clubs and camps around Russia for the summer, before heading to Ukraine. There, I worked on another personal project about female volunteers and soldiers in the war in East Ukraine. It was a nonstop summer of photographing before I came back to New York City at the end of September. Since then, I have been mostly researching, developing my own thoughts about my work and projects, and dreaming up what to do next.

Your series “Toy Soldiers,” “The Right to Fight,” and “Borodino” have been widely published and exhibited this fall. What draws you to stories within the military world?

I’m not necessarily drawn to the “military world” in and of itself. The themes and issues that drive most of my work are nationalism on a global scale, the militarization of youth, and the way that ideologies are passed down to younger generations. These themes are why I began photographing patriotic education in Russia. I am not interested in “Russia” per se. I find the rhetoric and ideology to be global. Inside these worlds, I’m always hoping to find doors to new worlds that are less literal. For example, at one of the patriotic war camps in Russia, I focused on developing a portrait series of youth who were attending, resulting in the project “Borodino.” Isolating these young individuals allowed me to focus on the youth who were attending camp, to speak with them directly about their experience, and to humanize the issues I was photographing. I am more interested in post-conflict issues, and the surrounding, long-term issues of war that affect civilians and daily life.

Students train in firearms at the Historical War Camp, in Borodino, Russia. July 24, 2016. Borodino is famous for a battle fought on September 7, 1812—the deadliest day of the Napoleonic Wars. Three hundred fifty adolescents are in attendance, ranging in ages from 11 to 16. They use air-soft guns for practice and competition. © Sarah Blesener

What impact has the Documentary Practice and Visual Journalism program had on you and your work?

I would not be where I am today had I not attended ICP. Not only did the courses shape me as a photographer, they also challenged me to make meaningful imagery, dig beyond the surface, and produce long-term projects and work that are critical and humane. While it was an incredibly challenging year on many levels, I left ICP with a strong community, and teachers who have become my mentors and support network. I have individuals to rely on, who help me when I am questioning my work and struggling with my vision. I do not feel that I graduated and “left” ICP. I feel that it is an ongoing relationship that continually provides me with support.

What is one of your favorite ICP moments or memories?

The relationships I made at ICP have outlasted the experience, and that is truly the best memory I have from my year spent studying. We had a very international class, with students from all across the globe. Despite our various backgrounds, languages, and experience levels, we had all made a commitment to dedicate one year to living in NYC to immerse ourselves in photography. The bond we all formed was incredibly unique. While many students have left New York either to work abroad or return to their home countries, I now have a network of friends across the world.

I will also never forget struggling with Visual Journalism assignments. For example, we were assigned to photograph one block of the Bowery for the entire term. I spent every day, and almost every night, struggling to find interesting images. I remember sitting on the ground photographing people’s feet walking by—I was that desperate. I also remember Greg Miller’s large format photography class the first week of January, and trying to operate the camera in freezing temperatures. The imagery and film from Frank Franca’s lighting class still inspires me. My seminar with Karen Marshall was the most challenging class I had, and one that allowed me to work on a personal, long-term project with plenty of critique and feedback along the way. It is the class that truly helped me understand long-term work and its impact.

What would you say to people considering applying to a Full-Time Program at ICP?

To them, I can honestly say that I hope you let yourself take the chance. While the program is not for everyone, it is for those who are dedicated to photography, and passionate about making images that influence and have an effect upon others. The Full-Time Programs are challenging for a reason, they stretch you and test your limits. However, in the end, you will leave not only a stronger photographer, but also a more empathetic and understanding individual. And if you have questions, reach out to alumni and ask them about their experience.

Related Items
School Documentary Practice and Visual Journalism Interview ICP Alumni Spotlight: Minny Lee Exhibition One-Year Certificate Programs: 2016 Student... School New Media Narratives Interview ICP Alumni Spotlight: Stacy Mehrfar
This website stores cookies on your computer. These cookies are used to collect information about how you interact with our website and allow us to remember you. We use this information in order to improve and customize your browsing experience and for analytics and metrics about our visitors both on this website and other media. To find out more about the cookies we use, see our Privacy Policy.
I Accept I Decline