Five Questions for Gregg Brown | International Center of Photography
Join our mailing list
Stay updated on our latest news.
exhibition
Close Enough: New Perspectives from 12 Women Photographers of Magnum
exhibition
Death in the Making: Reexamining the Iconic Spanish Civil War Photobook
Shop Become a Member Support ICP Subscribe Login
ICP will be closed on Thursday, November 24 for Thanksgiving. ICP's museum will be open on Friday and the rest of the weekend with our usual hours. ICP's school will re-open on Monday.
View Details
View Details 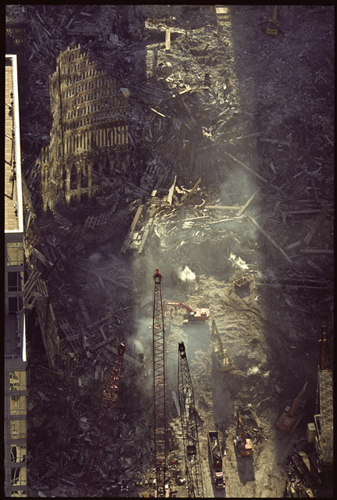 Working for FEMA, and then for New York City’s Department of Design and Construction, the agency that oversaw the cleanup, Gregg Brown spent eight months after the 9/11 attacks making a systematic visual record of the work taking place at the site and the debris collection at the Fresh Kills Landfill. He photographed from a New York City Police Department helicopter flying over Lower Manhattan’s restricted airspace. Above Ground Zeroincludes a group of his photographs and a selection from his 643 color negative proof sheets.

What is your greatest inspiration as a photographer?

I grew up around photography. As early as I can remember there was always photography equipment and photographs about; I even had a darkroom in my childhood home. My mother has always been more of a fine arts photographer and my father, an Oncologist, is an avid collector of photography equipment. My mother used to make these amazing abstract photo collages. One in particular stands out in my memory—a life size black and white of a naked woman made of hundreds of square inch photos of her own body. And even as a little kid I remember playing with my father’s Hasselblad, Minox spy camera, and, of course, his extensive collection of Nikon cameras and lenses. In fact, I borrowed his Nikon F5 in addition to several of his choice lenses for my work Above Ground Zero. So I guess my parents inspired me the most.

How did you get involved in documenting the events after 9/11?

I'm currently living in Los Angeles working as an actor, but when I lived in Manhattan I used to supplement my acting work with a small photography and video business called We Do Photo Video. I focused on executive headshots, special events, legal work, product shots, and the occasional wedding—whatever type of photographic or video services were needed, I would either know how to do it or find a way to get it done. Most of my work came from a small advertisement placed in the Manhattan Yellow Pages. Unusual gigs were not out of the ordinary: the man who wanted a portrait of himself with his African Gray parrot; the woman who tripped on the sidewalk and wanted shots of the cracks; and the couple who wanted pictures of themselves on the steps of their impromptu courthouse wedding. On September 15, at 2:00 am the telephone rang in my apartment. The man on the line asked if I did aerial photography. Turns out, that man was a representative from the Federal Emergency Management Agency. He was fielding a request from the New York City Fire Department, which urgently needed a photographer to document the shifting fires and debris piles. Seven hours later, I took my first photograph from a New York Police Department Helicopter above the smoldering remains of the World Trade Center.

Did this experience change you or your perception of 9/11?

In the early days, right after the attacks, the media was still reporting a rescue mission. Around the clock rescue crews were desperately searching for survivors and I was hoping and praying that people would be saved. The instant I peered out of the helicopter for the first time and looked directly down into the devastation, I knew there was no way that anybody could have made it out alive. It was a simple impossibility that I felt deeply in my gut. Pictures sometimes do speak louder than words and those first shots say it all—part of myself was lost when I began clicking my camera's shutter. Since I only shot from Above Ground Zero, my perspective was totally different. I witnessed the destruction on a sprawling and massive scale. People were just tiny specs amongst the ruins. I didn't get the opportunity to record the closer human contact at the site or the heroism and pain in the faces that I've seen in so many other photographers images. Initially, I simply recorded utter apocalyptic destruction. But as the days and months wore on and I continued to photograph the site and the Fresh Kills Landfill, where most of the debris was collected and sorted for investigation, my perception of horror changed to a perception of hope. I photographed every single aspect of the deconstruction. Over the course of the nine-month long cleanup, 1.5 million tons of steel and debris were removed, millions of man-hours were served, and people came together from all over the world to cleanse the hallowed ground. 9/11, for me, became about this remarkable achievement of man in response to his acts of terror. My heart forever goes out to the victims and their families.

What do you hope people take away from Above Ground Zero?

Although it's not my job as a photographer (or artist) to impart on people how they should feel about my work aesthetically or otherwise, I would like them to know that Above Ground Zero is a vital historical document. There are about 30,000 pictures in the archive that I took daily over the course of nine months. Those photographs help to preserve this American history, but they also tell the story of the massive human effort that it took to clear away the ruins of—hopefully—what will remain to be the worst terrorist attack in the history of the United States.

Do you have a favorite image from the collection?

Ten years ago, I was fascinated with the accidental double exposure photograph that I named Fallen Hope—"fallen" for the towers and "hope" for a future without them. I took two pictures of the lower Manhattan skyline while trying out a new lens in May of 2001 intending to use the remainder of the roll later, but I basically tossed it into my camera bag and forgot about it. On September 19, I inadvertently used the film again from the helicopter and created this nearly perfect double exposure—the towers still standing surrounded by their ruins, with faint recovery crews seen on the fringes. It is essentially a photograph that shouldn't exist. The image will always be one of my favorites, but now there are others that I gravitate towards. In November, I took shots of the first family memorial at the WTC site. You can see one of those photos in the exhibition where victims' family members are gathered on Church Street with the ruins of the North Tower in the foreground. Even now, I look at the photograph and I can still feel the somberness of the moment; I remember having that same feeling ten years ago when I took the photograph from over 1,500 feet up. And there are shots that I took of crushed rescue vehicles at the Fresh Kills Landfill—destroyed fire trucks and police cars—that make me think about those heroic first responders who lost their lives while saving others. 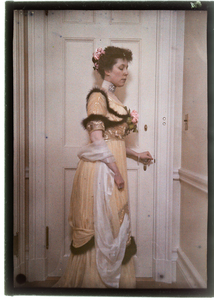 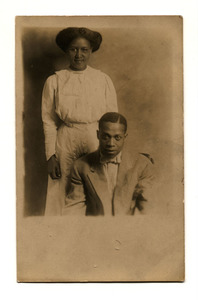 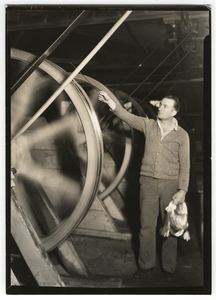 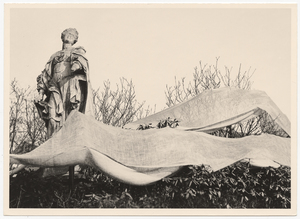 andré kertész The Circus, Budapest
This website stores cookies on your computer. These cookies are used to collect information about how you interact with our website and allow us to remember you. We use this information in order to improve and customize your browsing experience and for analytics and metrics about our visitors both on this website and other media. To find out more about the cookies we use, see our Privacy Policy.
I Accept I Decline