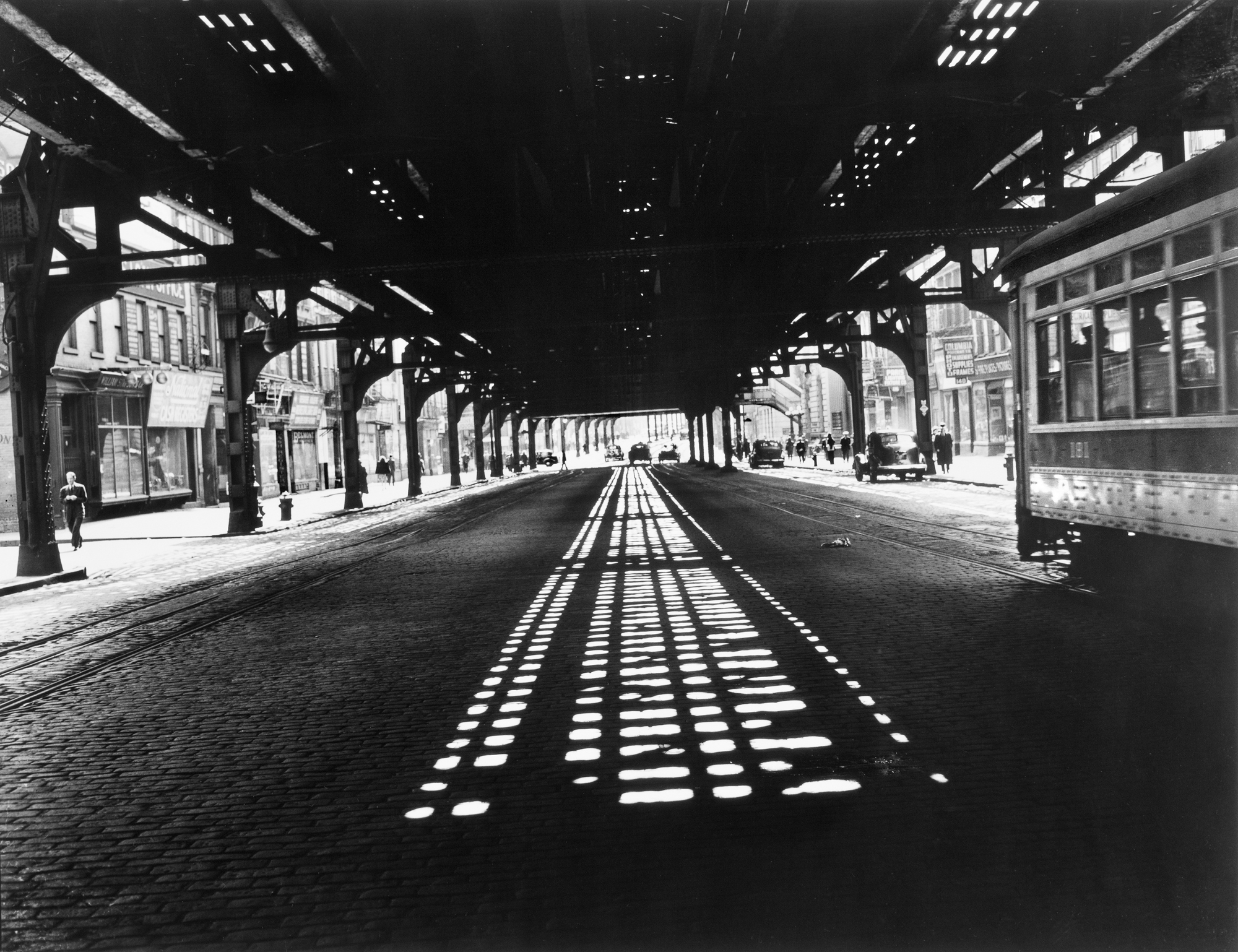 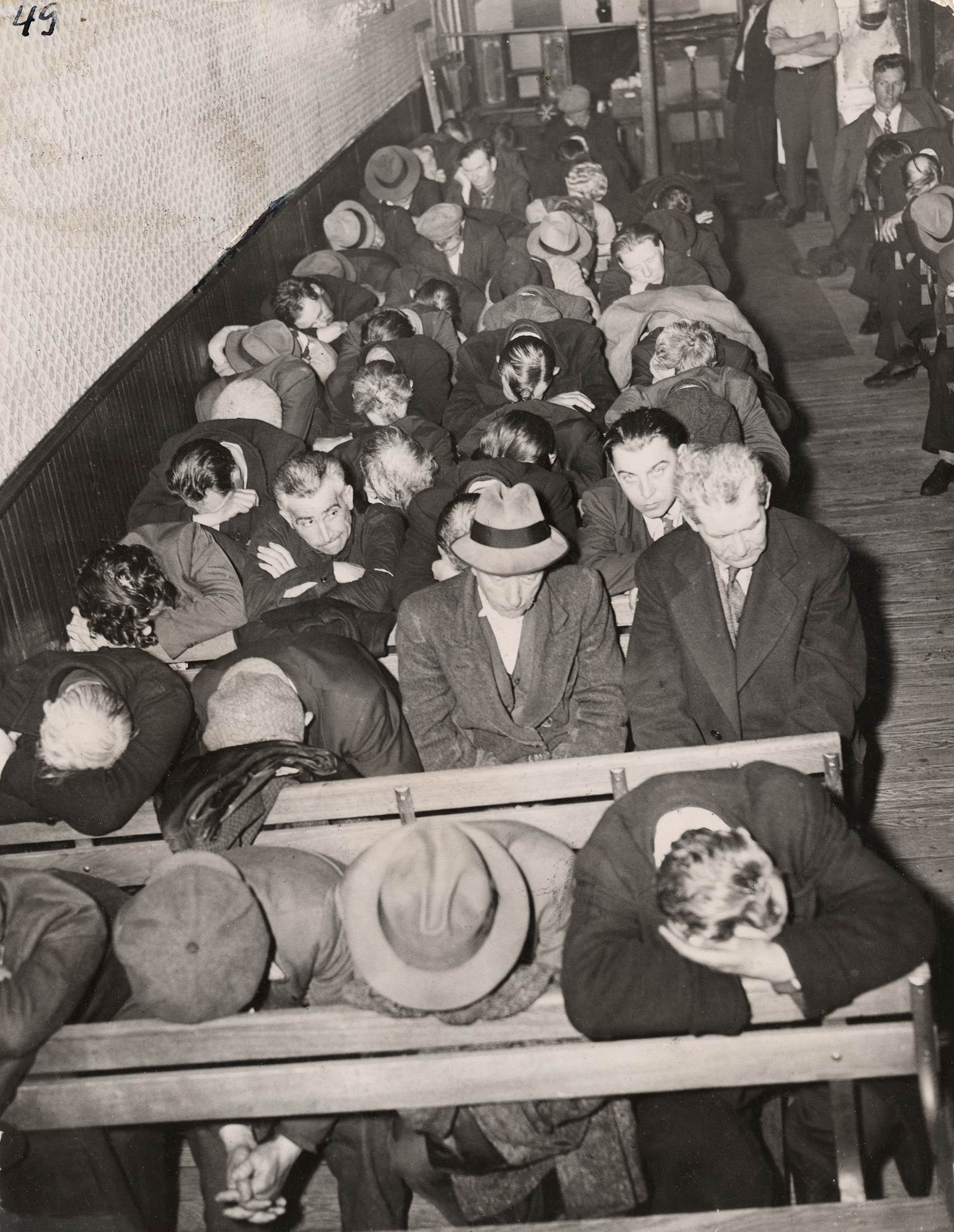 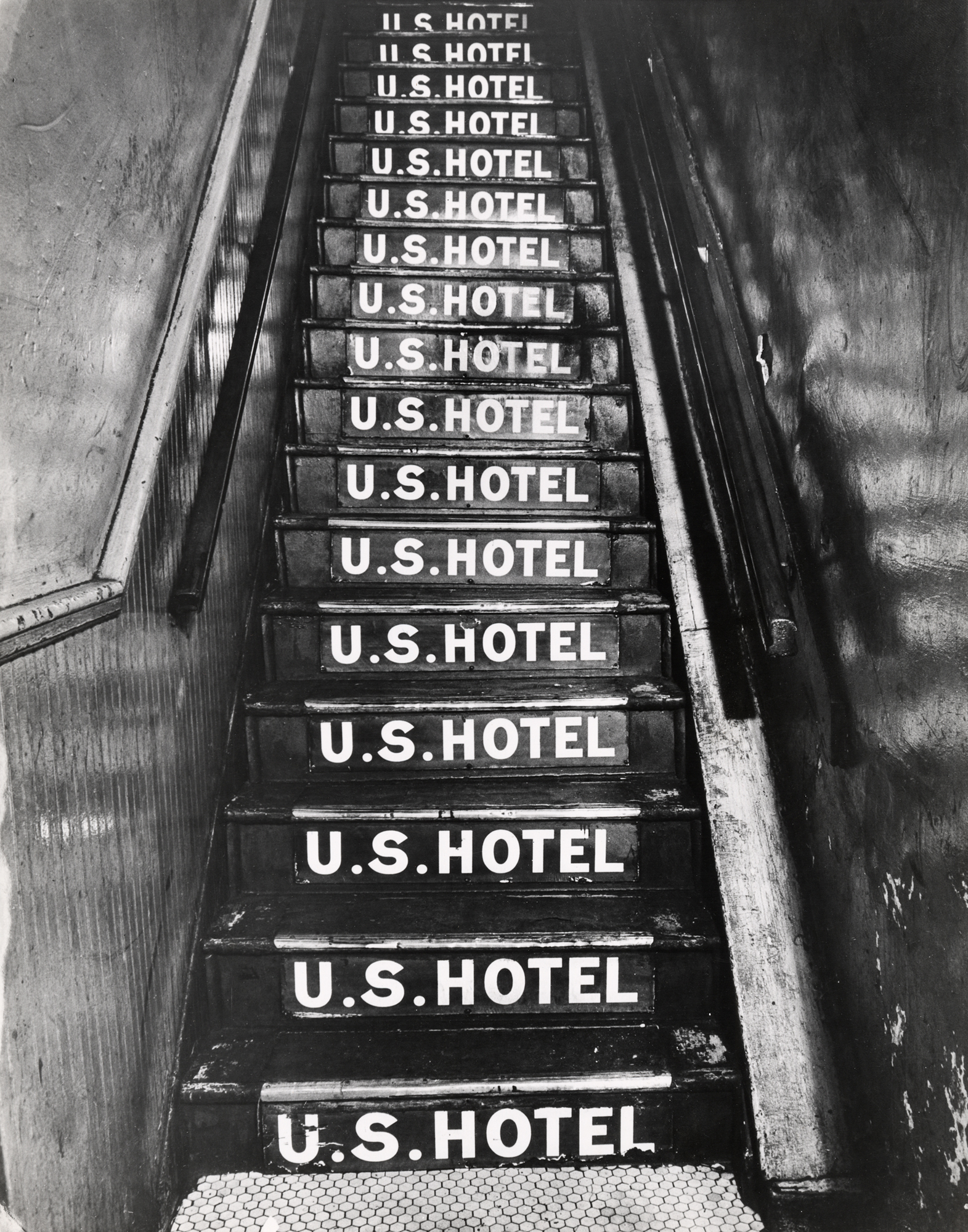 Organized in conjunction with the June opening of the new ICP museum at 250 Bowery, Weegee’s Bowery will look back to the Bowery in the 1940s and 1950s through a selection of images by Arthur Fellig, the legendary New York press photographer—better known as Weegee. The 39 prints on view have been chosen by ICP Weegee specialist Christopher George from ICP’s holdings of more than 20,000 Weegee photographs.

Weegee’s photographs show the Bowery when it was still New York’s Skid Row. A gathering point for derelicts and down-and-out transients who huddled in the shadow of the Third Avenue elevated railway, it was notorious for its fleabag hotels, flop houses that offered 25-cent-per-night beds, and crowded all-night missions that provided food and shelter to those who could afford neither.

The exhibition includes an extensive selection of Weegee’s photographs of a raucous nightclub and cabaret called Sammy’s on the Bowery, located at 267 Bowery. From its opening in 1934, until it closed its doors in 1970, Sammy’s provided a setting where adventurous uptown sophisticates could mingle with the bar’s flamboyant entertainers and hard-drinking regulars. The New York Times described Sammy’s clientele as a mix of “drunks and swells, drifters and celebrities, the rich and the forgotten.” Weegee himself appears in a number of photographs; the boisterous book-launch parties for his publications Naked City and Weegee’s People were held at Sammy’s. Weegee’s short film Cocktail Party (1950), set in Sammy’s, will be on view as part of the exhibition.

Weegee, born Usher Fellig on June 12, 1899, in the town of Lemburg (now in Ukraine), first worked as a photographer at age fourteen, three years after his family immigrated to the United States. There, his first name was changed to the more American-sounding Arthur. Self-taught, he held many other photography-related jobs before gaining regular employment at a photography studio in lower Manhattan in 1918. This job led him to others at a variety of newspapers until, in 1935, he became a freelance news photographer. He centered his practice around police headquarters and in 1938 obtained permission to install a police radio in his car. This allowed him to take the first and most sensational photographs of news events and offer them for sale to publications such as the Herald-Tribune, Daily News, Post, and PM Weekly, among others. Weegee published his photographs in several books, including Naked City (1945), Weegee’s People (1946), and Naked Hollywood (1953). After moving to Hollywood in 1947, he devoted most of his energy to making 16-millimeter films and photographs for his “Distortions” series, a project that resulted in experimental portraits of celebrities and political figures. He returned to New York in 1952 and lectured and wrote about photography until his death on December 27, 1968.

MONDAY–FRIDAY
10 AM–5 PM (closed weekends)
By appointment only: [email protected]

Weegee, [Under the Third Avenue El], 1943-45, © Weegee / International Center of Photography.
Weegee, [All night mission, Bowery, New York], 1940, © Weegee / International Center of Photography.
Weegee, [U.S. Hotel at 263 Bowery], 1943-­‐45, © Weegee / International Center of Photography.
Related Items
Exhibition Sudden Impact: Photography on the Printed P... Exhibition Public, Private, Secret ICP At MANA ICP at Mana Exhibition Current Exhibitions Exhibition The Future is Forever: Ten Years of the ICP...
This website stores cookies on your computer. These cookies are used to collect information about how you interact with our website and allow us to remember you. We use this information in order to improve and customize your browsing experience and for analytics and metrics about our visitors both on this website and other media. To find out more about the cookies we use, see our Privacy Policy.
I Accept I Decline