Somewhere in France: John G. Morris and the Summer of 1944 | International Center of Photography
Join our mailing list
Stay updated on our latest news.
exhibition
But Still, It Turns: Recent Photography from the World
News
Engage with ICP from Anywhere
News
We Need Your Support
exhibition
#ICPConcerned: Global Images for Global Crisis
event
ICP Talks: Cheriss May on Documenting Democracy
event
ICP Talks: Mari Katayama on “Myself and the Others: Self-Portraits and this World”
Shop Become a Member Support ICP Subscribe Login
The ICP museum is currently closed and we will reopen to the public on 9/24. Learn More
View Details
View Details 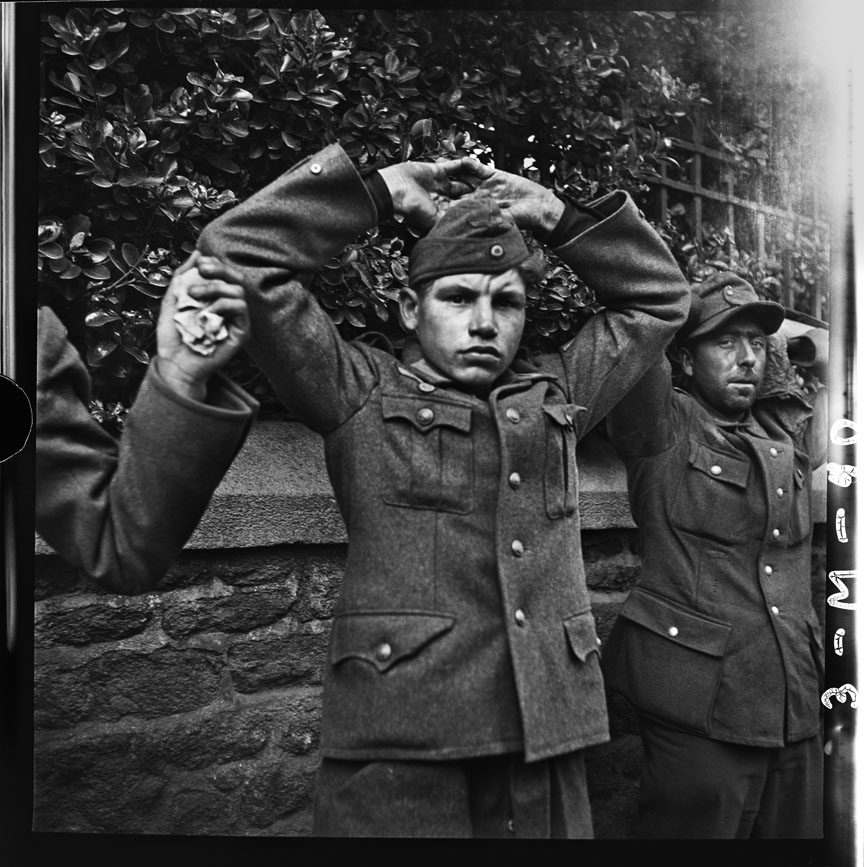 As a young photo-editor for Life magazine, John G. Morris (b. 1916) was based in London and assigned to oversee the photographic reportage of World War II. Most notably, he coordinated the dramatic photojournalistic coverage of the D-Day invasion on June 6, 1944, including the iconic photographs of the landing made for Life by Robert Capa. With the Allied troops advancing toward German strongholds in western France, Morris joined the magazine's team of six photographers (in addition to Capa, George Rodger, Robert Landry, Ralph Morse, David E. Scherman, and Frank Scherschel) in covering the fighting in Normandy and Brittany.

Although not a photographer himself, Morris exposed 14 rolls of black-and-white film over the four weeks he spent at the front during the summer of 1944, not for publication but as a personal record. For 69 years, the negatives and contact sheets remained in a file drawer in Morris's office. Recently rediscovered by Robert Pledge of Contact Press Images, these images constitute a moving first-person account of one of the greatest conflicts of the 20th century.

Ten of the photographs will be on display near the café at ICP. They were first shown at the Visa pour l'Image photojournalism festival in Perpignan last September in an exhibition curated by Pledge, and later published in a book, Quelque part en France: lété 1944 de John G. Morris (Somewhere in France: John G. Morris and the Summer of 1944).

Event Q&A with John G. Morris
This website stores cookies on your computer. These cookies are used to collect information about how you interact with our website and allow us to remember you. We use this information in order to improve and customize your browsing experience and for analytics and metrics about our visitors both on this website and other media. To find out more about the cookies we use, see our Privacy Policy.
I Accept I Decline