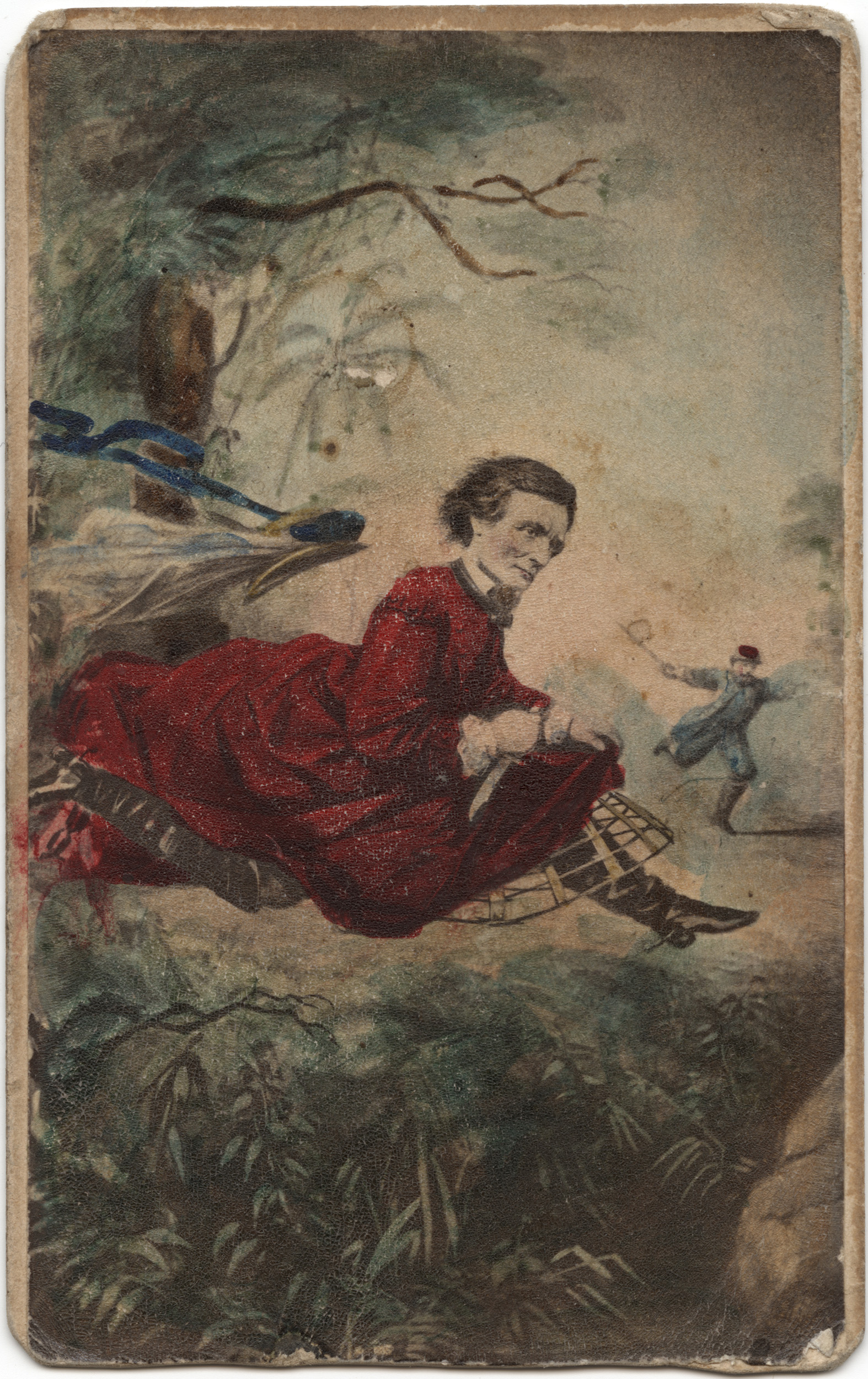 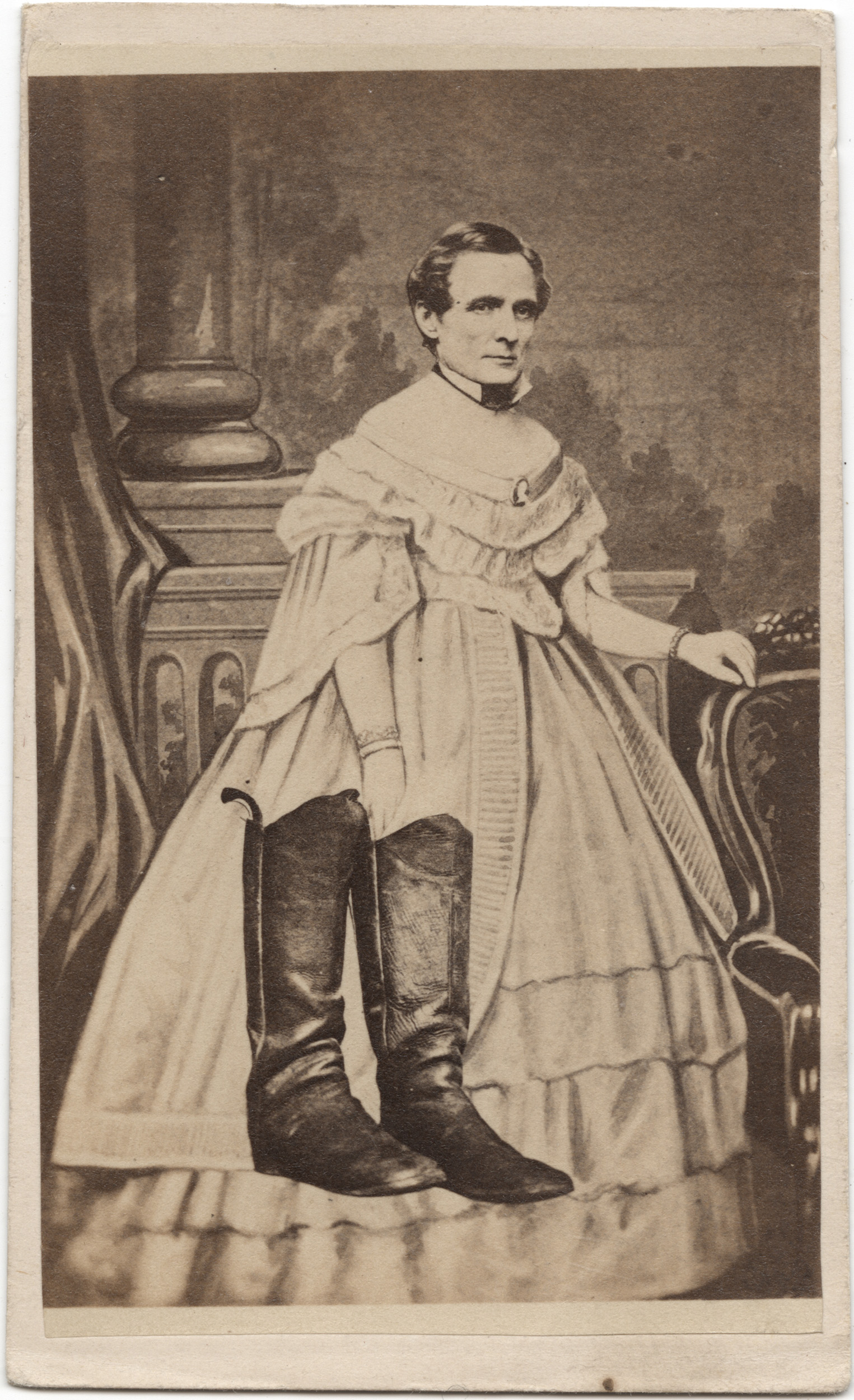 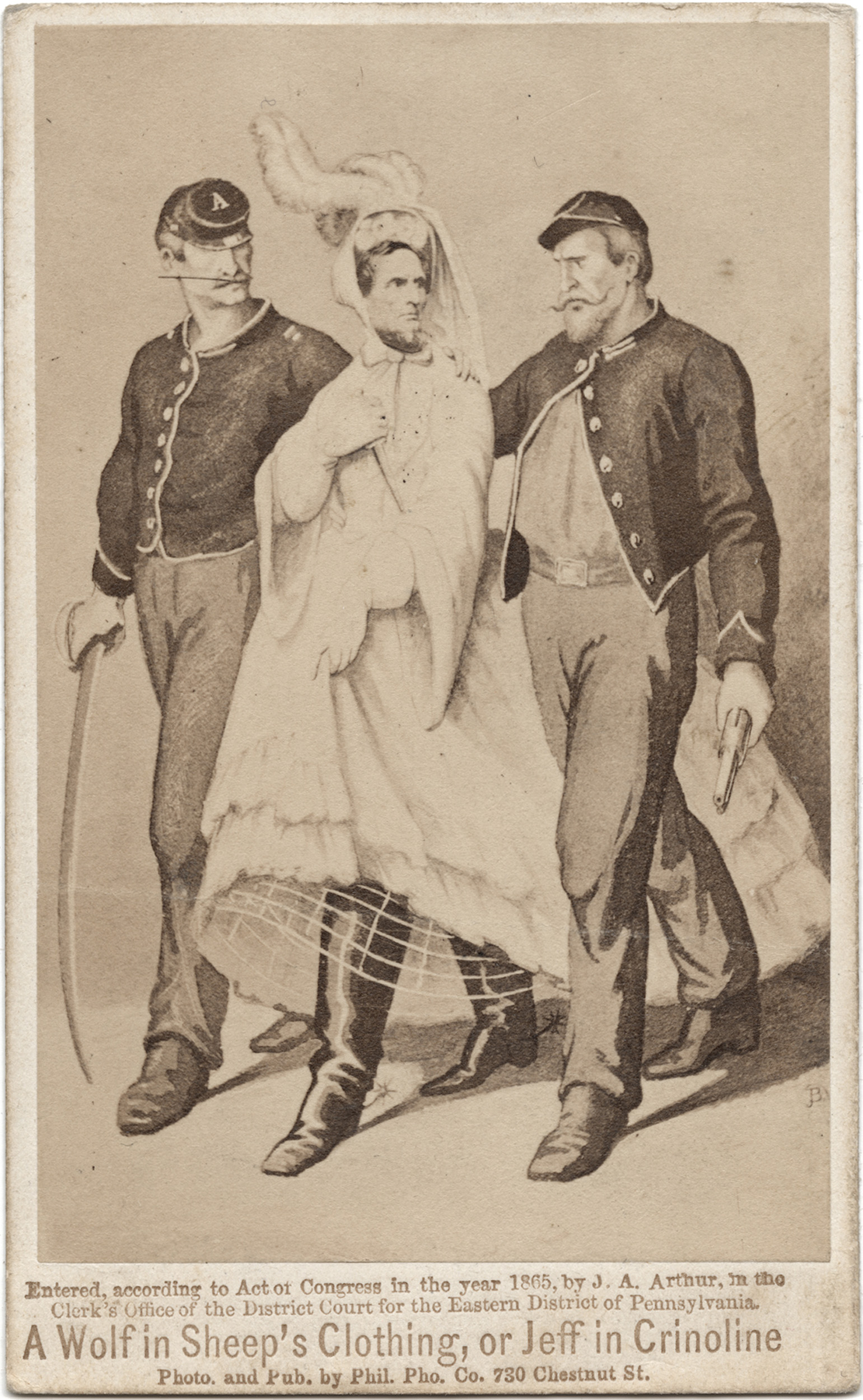 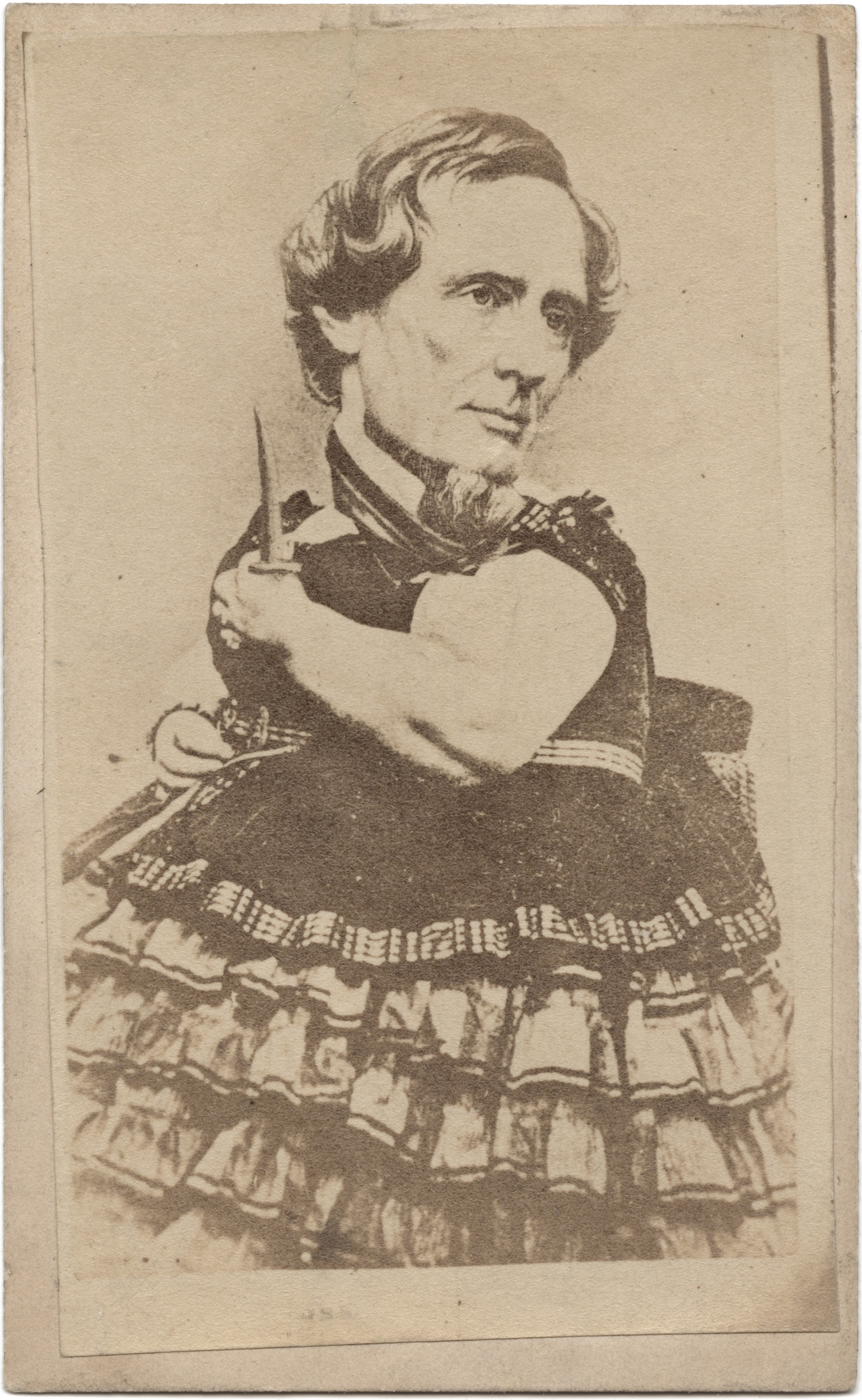 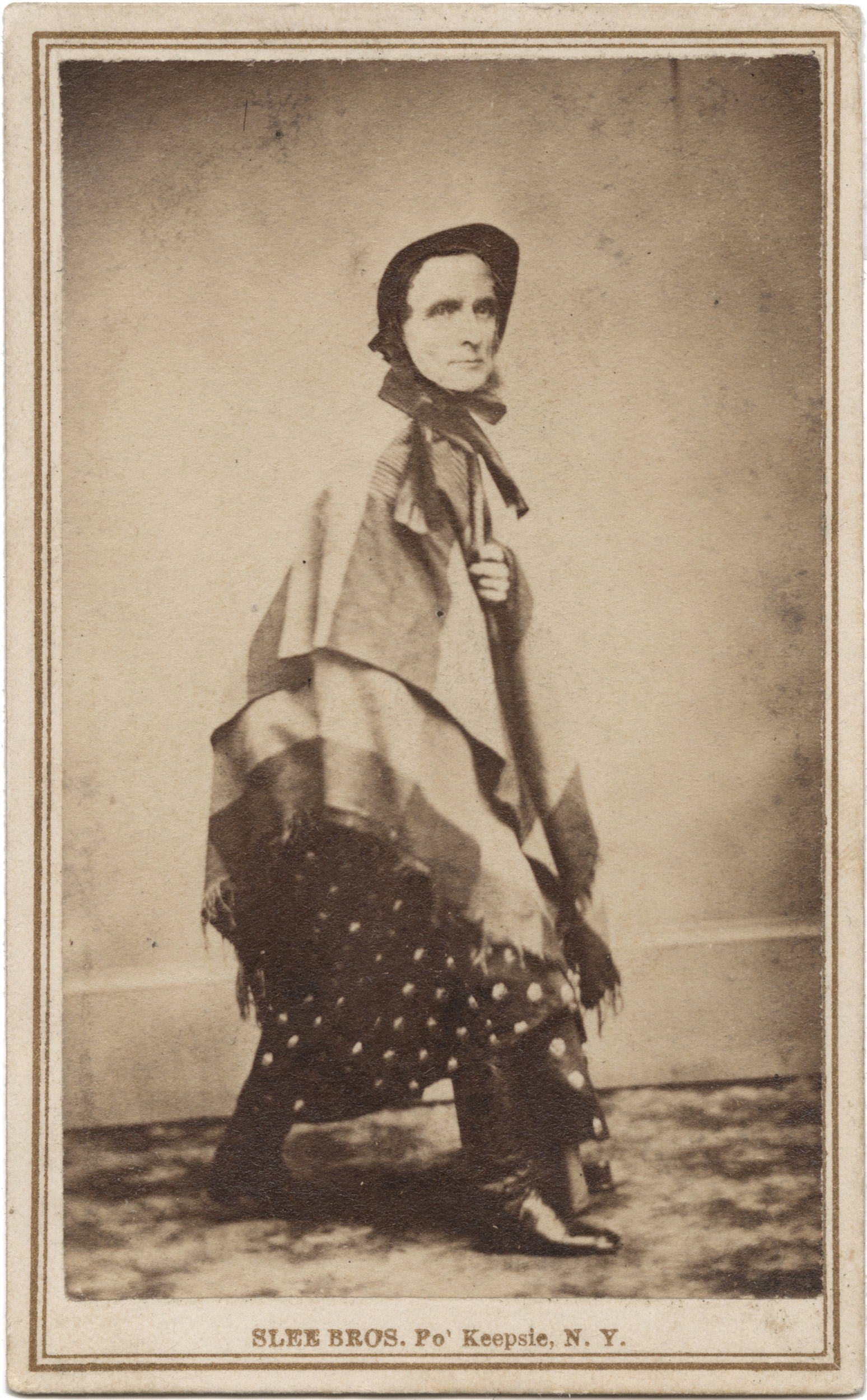 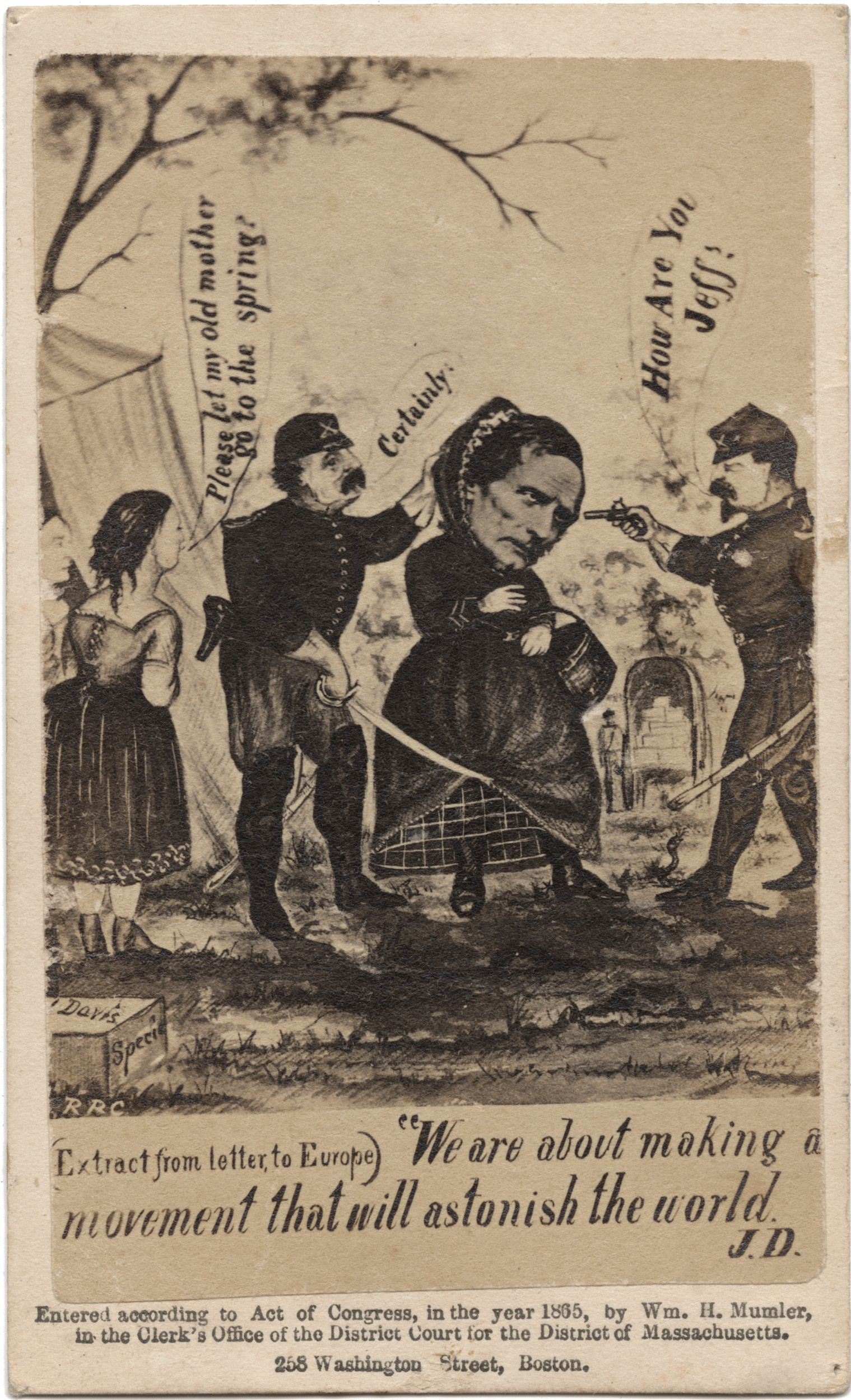 As the American Civil War ground to a dispiriting and unheroic end after the surrender of General Robert E. Lee's rebel forces and the shocking assassination of President Abraham Lincoln in mid-April 1865, Jefferson Davis, President of the Confederate States, became a political fugitive. At dawn on May 10, 1865, a contingent of Michigan cavalry captured Davis in a makeshift camp outside Irwinville, Georgia. In his haste to flee, Davis grabbed his wife's overcoat rather than his own. News reports immediately circulated that Davis had been apprehended in women's clothes and that he was attempting to disguise himself as a woman. Northern artists and caricaturists seized upon these rumors of cowardly escape and created wildly inventive images, some using photomontage, to sensationalize the political story. Photographers circulated and even pirated dozens of fanciful photographic cards; many used a photographic portrait of Davis on a hand-drawn body in a woman's dress, hat, and crinoline, but wearing his own boots, the detail that supposedly betrayed him to his captors. The exhibition is organized by Assistant Curator of Collections Erin Barnett.

This exhibition was made possible with public funds from the New York City Department of Cultural Affairs in partnership with the City Council.