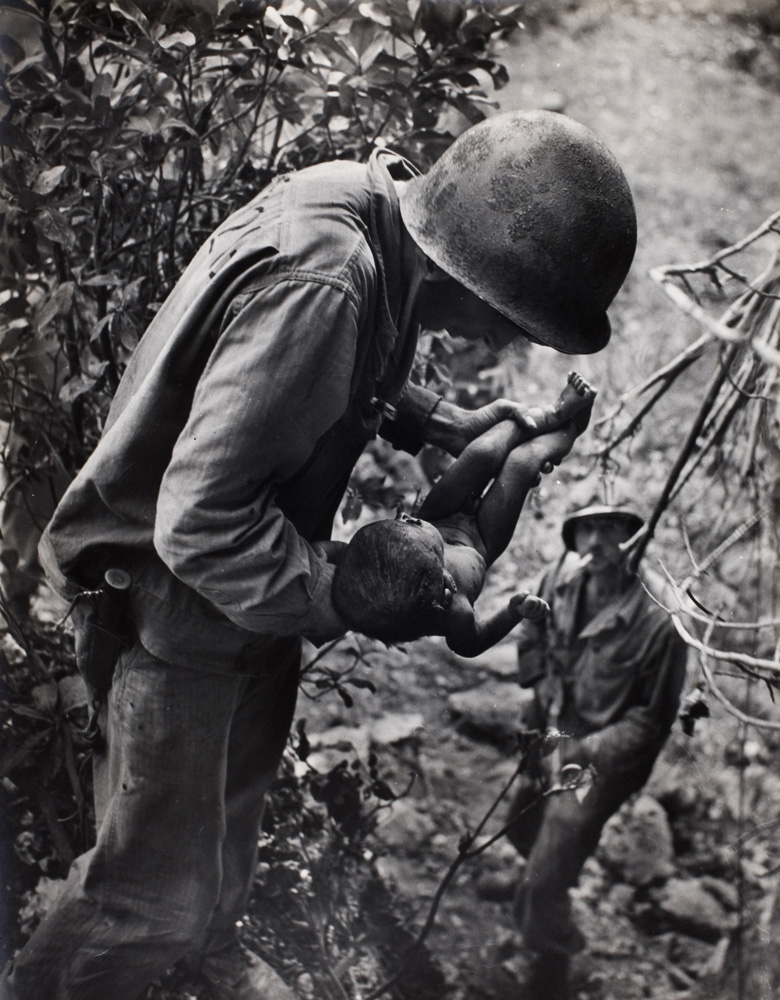 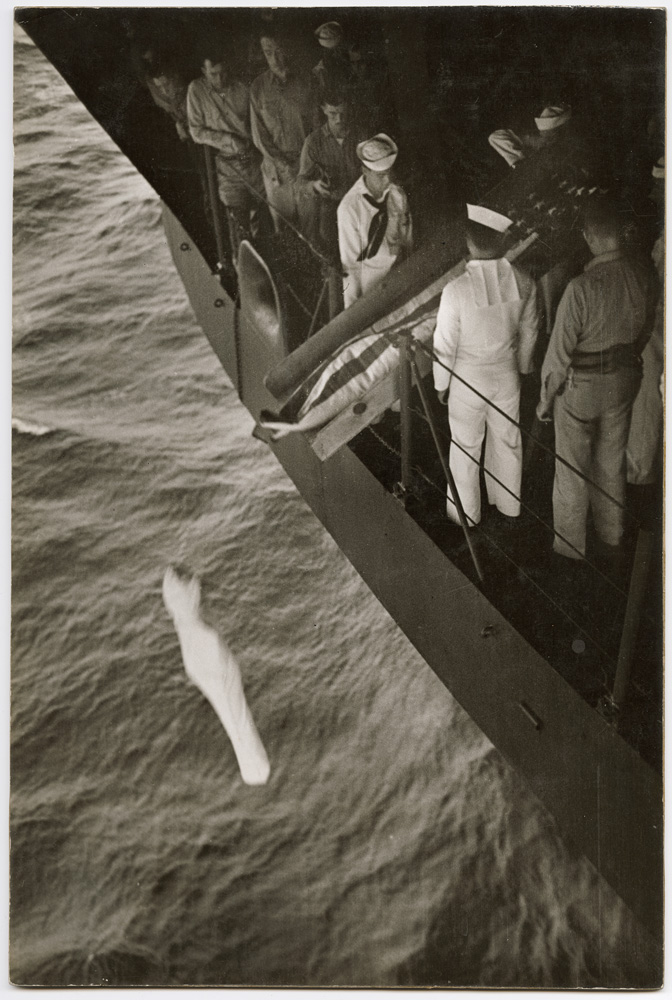 Living with the Dead

Among the most compelling and heart-rending photographs ever taken of warfare are those made by W. Eugene Smith during World War II. On assignment from Ziff-Davis and LIFE magazine, Smith (1918–1978) covered the Pacific theater from 1943 to 1945. After serving on the carrier U.S.S. Bunker Hill, Smith participated in numerous allied landings, including Guam, Tarawa, Saipan, Leyte, Iwo Jima, and Okinawa, where he was severely wounded in May 1945.

Among the iconic images included in this exhibition are Smith's own master prints of his Burial at Sea (1944), Hospital on Leyte (1944), Japanese Civilians Flee Cave on Saipan (1944), and Soldier in Saipan Holds Baby (1944).