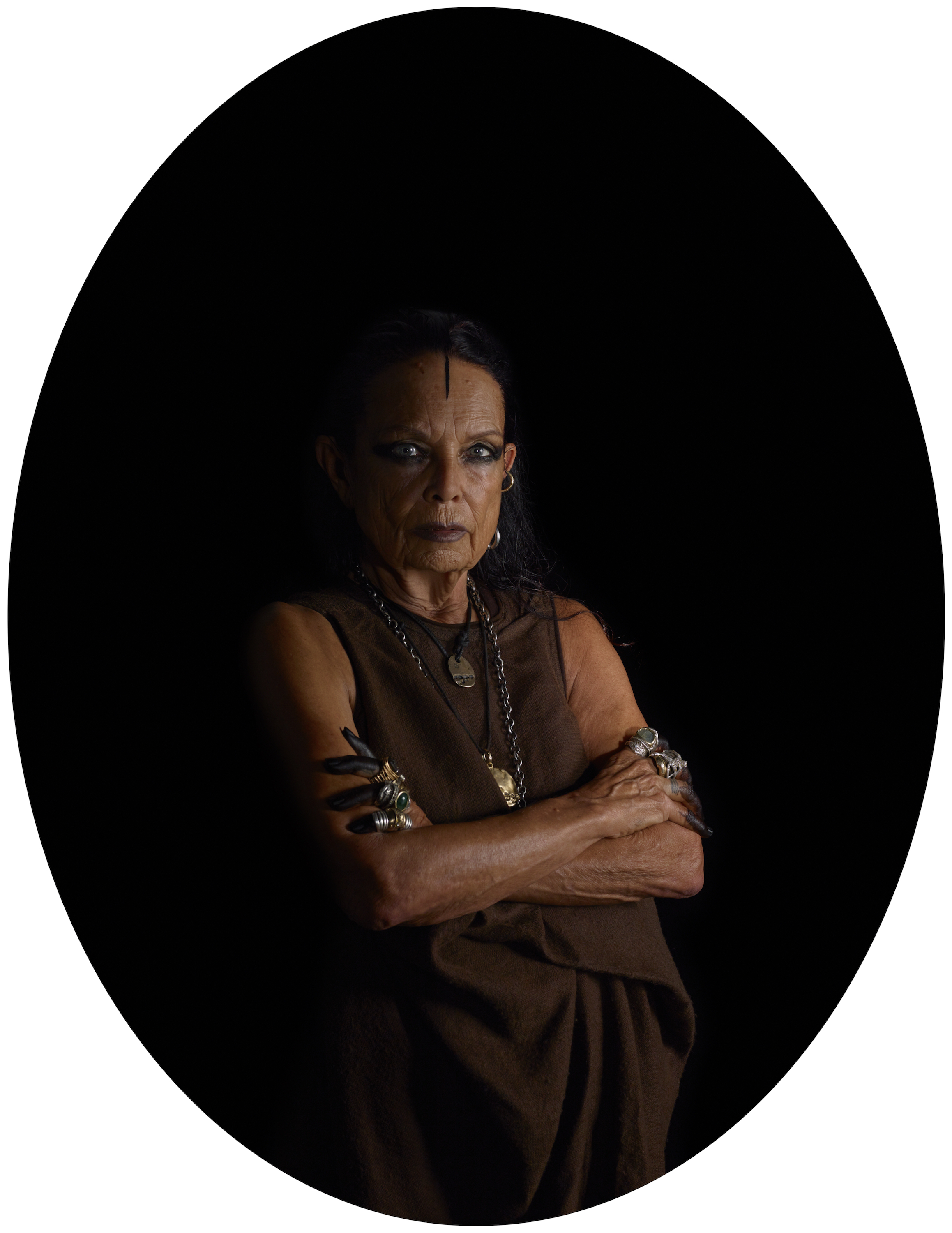 Organized by renowned writer and curator Helen Molesworth, Face to Face: Portraits of Artists by Tacita Dean, Brigitte Lacombe and Catherine Opie presents portraits of luminaries in the arts by three of the most prominent portraitists of our time. Plan your visit here.

Face to Face will be accompanied by a fully illustrated catalogue published by ICP and MACK, London, with essays by Molesworth and writer and curator Jarrett Earnest.

Creating an atmosphere of conversations held just beyond the frame of the images, this exhibition features more than 50 photographs by Brigitte Lacombe and Catherine Opie, and two films by Tacita Dean, with bracing, intimate, and resonant portraits of compelling cultural figures including Maya Angelou, Richard Avedon, Louise Bourgeois, Joan Didion, David Hockney, Miranda July, Rick Owens, Martin Scorsese, Patti Smith, Mickalene Thomas, Kara Walker, and John Waters, among others. The exhibition presents some of the often-overlapping subjects immortalized by Dean, Lacombe, and Opie and investigates the charged genre of portraiture, one that often carries a sense of intimacy and exposure simultaneously.

Tacita Dean creates films that are studies of time and everyday life as it unfolds before the camera. Notably, she has produced a series of portraits of older artists, including Cy Twombly, Mario Merz, and Merce Cunningham. On view in Face to Face, Dean’s 16-minute film Portraits (2016) captures the artist David Hockney’s approach to art in his Los Angeles studio. The film opens with a shot of the artist standing with his back to the camera, smoking and reading a book. Watching him read and smoke, the viewer is witness to the artist’s working process, appreciating the small moments that make up an artist’s practice. In contrast, Dean’s One Hundred and Fifty Years of Painting (2021) records a conversation between the 99-year-old painter Luchita Hurtado and the 49-year-old artist Julie Mehretu; their combined ages inspire the film’s title.

Brigitte Lacombe’s oeuvre could be described as a who’s who of the second half of the 20th century. On view in Face to Face are a selection of Lacombe’s studio portraits and also portraits of artists taken in their own studios. In the catalogue for Face to Face Molesworth notes how intimate details catch the eye: “the slight gap between Hilton Als’s two front teeth, the way Joan Didion’s left eye is slightly higher than her right one, the sly almost-smile that pulls at the corner of Fran Lebowitz’s mouth.” She also has a long term project of shooting on director Martin Scorsese’s movie sets. Lacombe’s set pictures show artists at work, and her photos depict an ongoing portrait of the director over time, with on-set images from Gangs of New York, The Departed, and The Wolf of Wall Street, among other productions.

Catherine Opie is known for her early images of members of the LGBTQ community, using traditional portraiture to bring underrepresented people into the mainstream of contemporary culture. More recently she did a dedicated series of portraits of artists. Photographs by Opie in Face to Face span three decades, from 1993 to 2019, and include images of Justin Bond, Thelma Golden, Miranda July, Glenn Ligon, Kerry James Marshall, and Rick Owens among others. Often the sitter does not meet the gaze of the camera, such as the silhouetted view of Kara Walker or a shirtless Lawrence Weiner smoking a cigarette. The results are images of artists plunged into their own thoughts, both solitary, melancholic, and slightly magical.

Helen Molesworth (b. 1966,Buffalo, NY) is a writer and a curator based in Los Angeles. Her new podcast “Death of an Artist: The Story of Ana Mendieta and Carl Andre” has just been released by Pushkin and Sony Entertainment. She also recently hosted a podcast series called “Recording Artists” with The Getty, and is the host of Program, streamed interviews with artists and writers hosted by the David Zwirner gallery. Her major museum exhibitions include: One Day at a Time: Manny Farber and Termite Art; Leap Before You Look: Black Mountain College 1933–1957; Dance/Draw; This Will Have Been: Art, Love & Politics in the 1980s; Part Object Part Sculpture, and Work Ethic. She has organized monographic exhibitions of Ruth Asawa, Moyra Davey, Noah Davis, Louise Lawler, Steve Locke, Anna Maria Maiolino, Josiah McElheny, Kerry James Marshall, Catherine Opie, Amy Sillman, and Luc Tuymans. She is the author of numerous catalogue essays, and her writing has appeared in Artforum, Art Journal, Documents, and October. The recipient of the 2011 Bard Center for Curatorial Studies Award for Curatorial Excellence, in 2021 she received a Guggenheim Fellowship and in 2022 she was awarded The Clark Art Writing Prize.