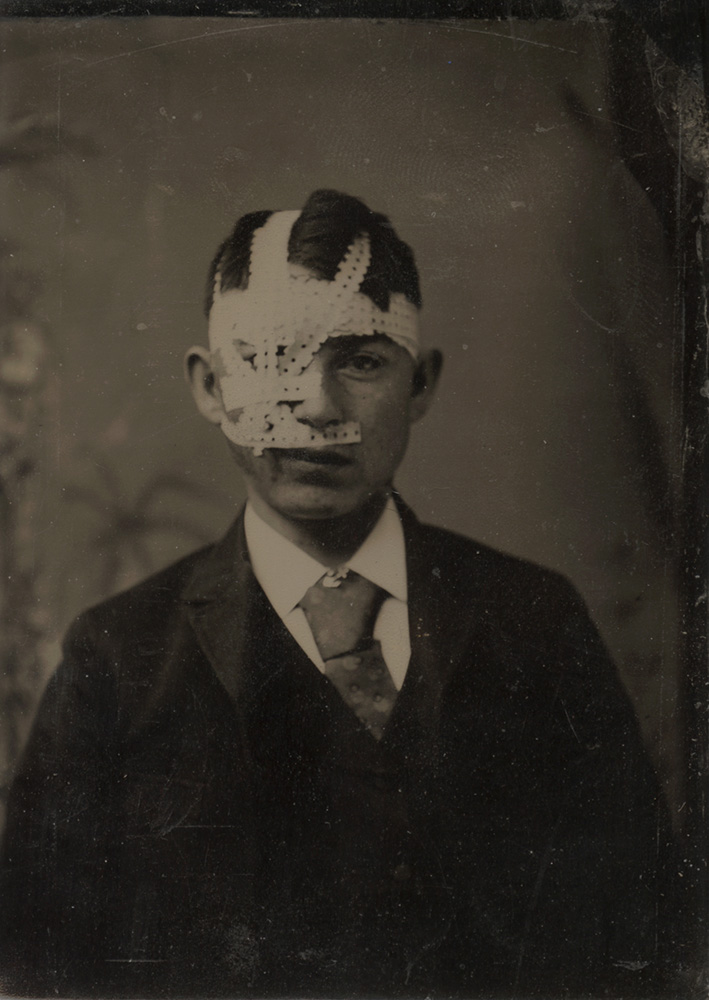 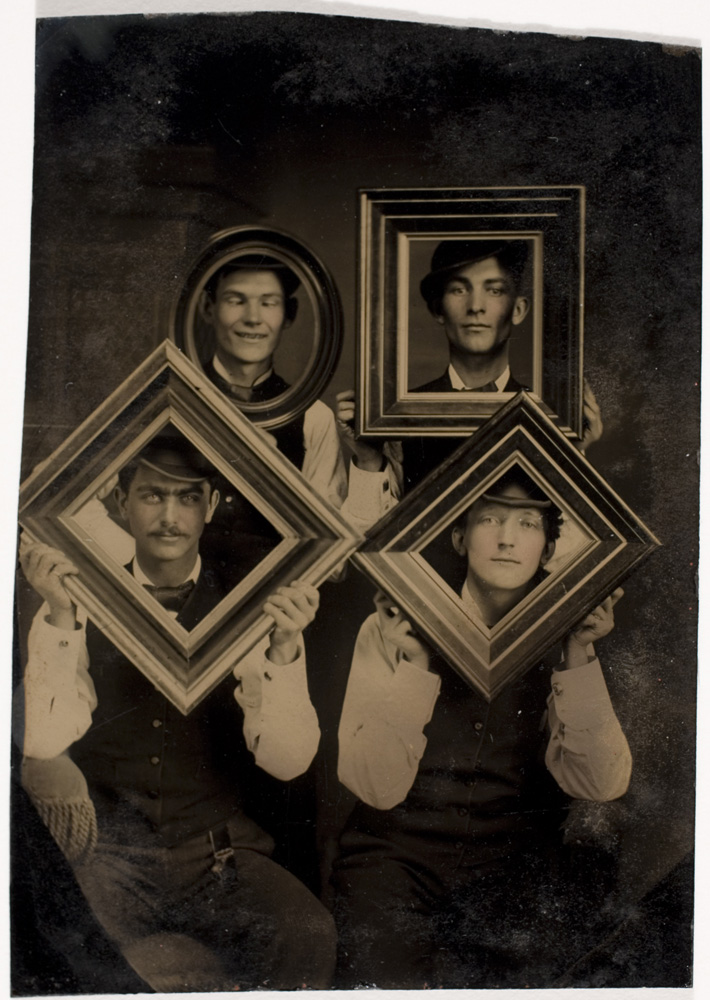 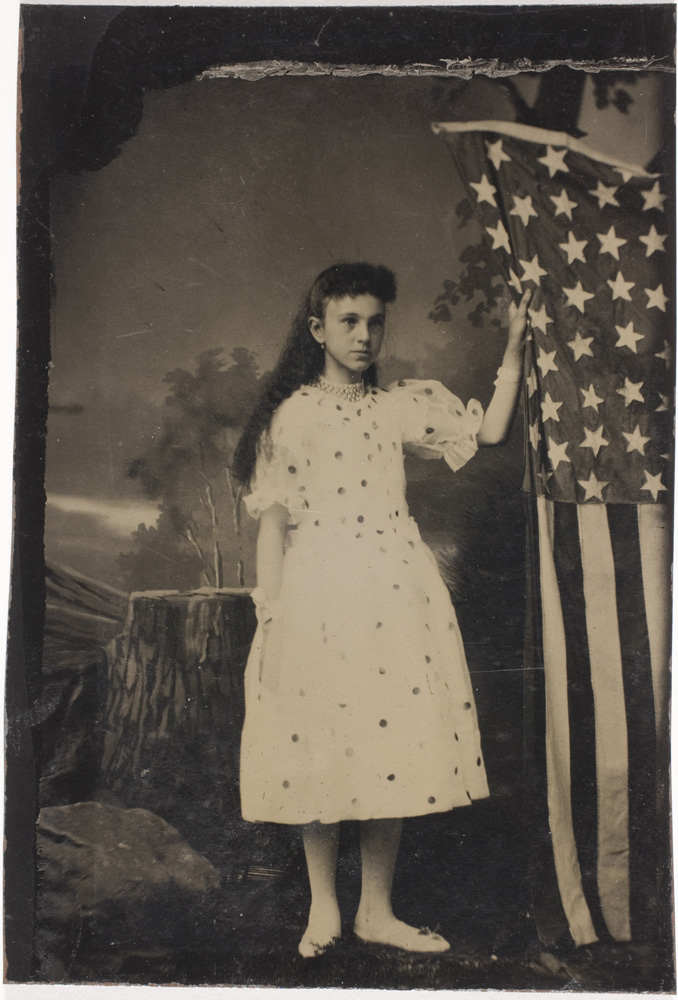 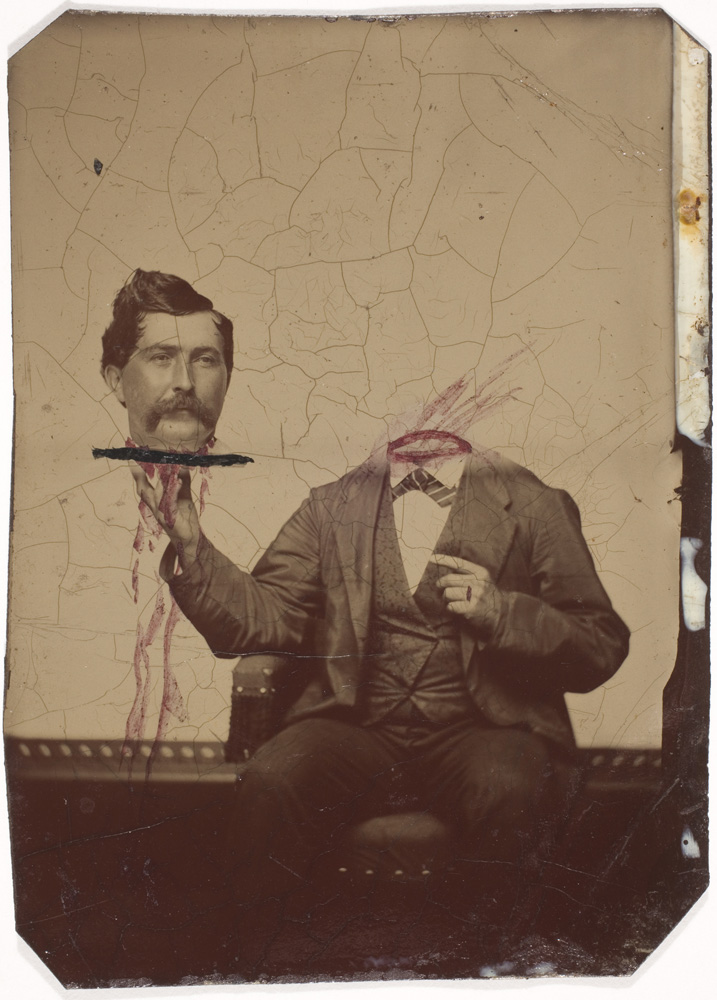 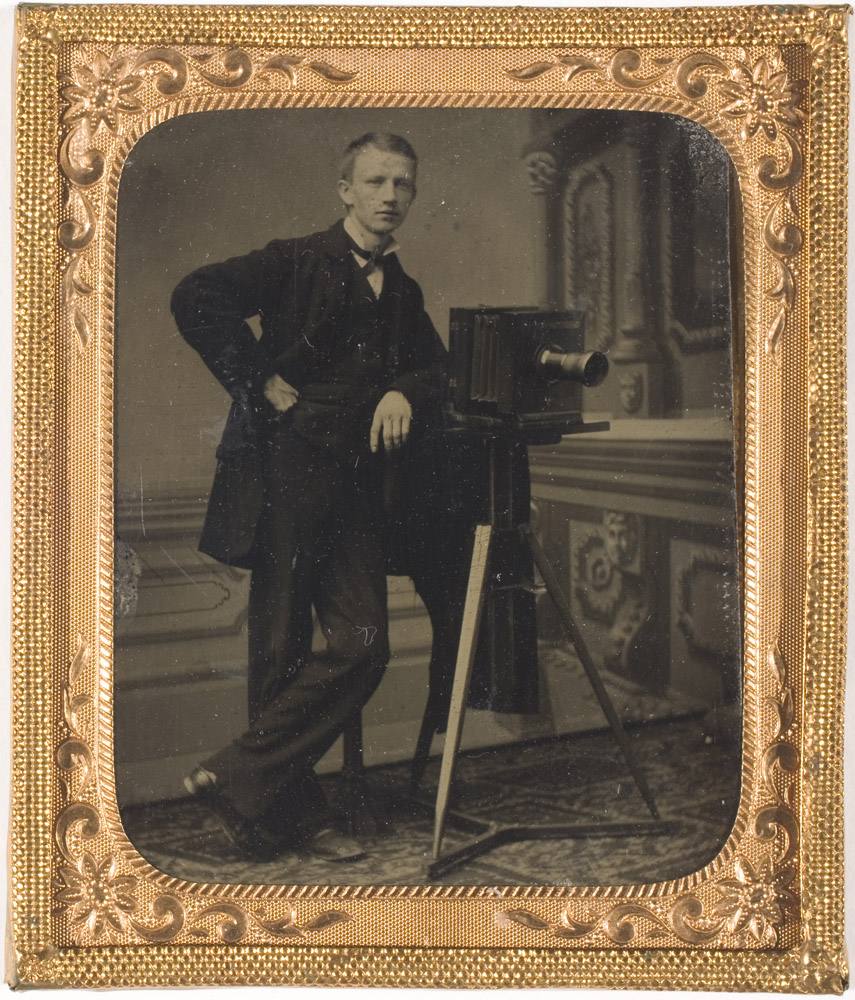 America and the Tintype

One of the most intriguing and little studied forms of nineteenth-century photography is the tintype. Introduced in 1856 as a low-cost alternative to the daguerreotype and the albumen print, the tintype was widely marketed from the 1860s through the first decades of the twentieth century as the cheapest and most popular photographic medium. Because of its ubiquity, the tintype provides a startlingly candid record of the political upheavals that occurred during the four decades following the American Civil War, and the personal anxieties they induced.

The tintype studio became a kind of performance space where sitters could act out their personal identities, displaying the tools of their trade, masks and costumes, toys and dolls, stuffed animals, and props of all sorts. This uniquely American medium provides extraordinary insights into the development of national attitudes and characteristics in the formative years of the early modern era. The exhibition, organized by ICP Chief Curator Brian Wallis and guest curator Steven Kasher, includes over 150 remarkable examples of tintypes drawn from the Permanent Collection at ICP.

This exhibition is supported, in part, by public funds from the New York City Department of Cultural Affairs.