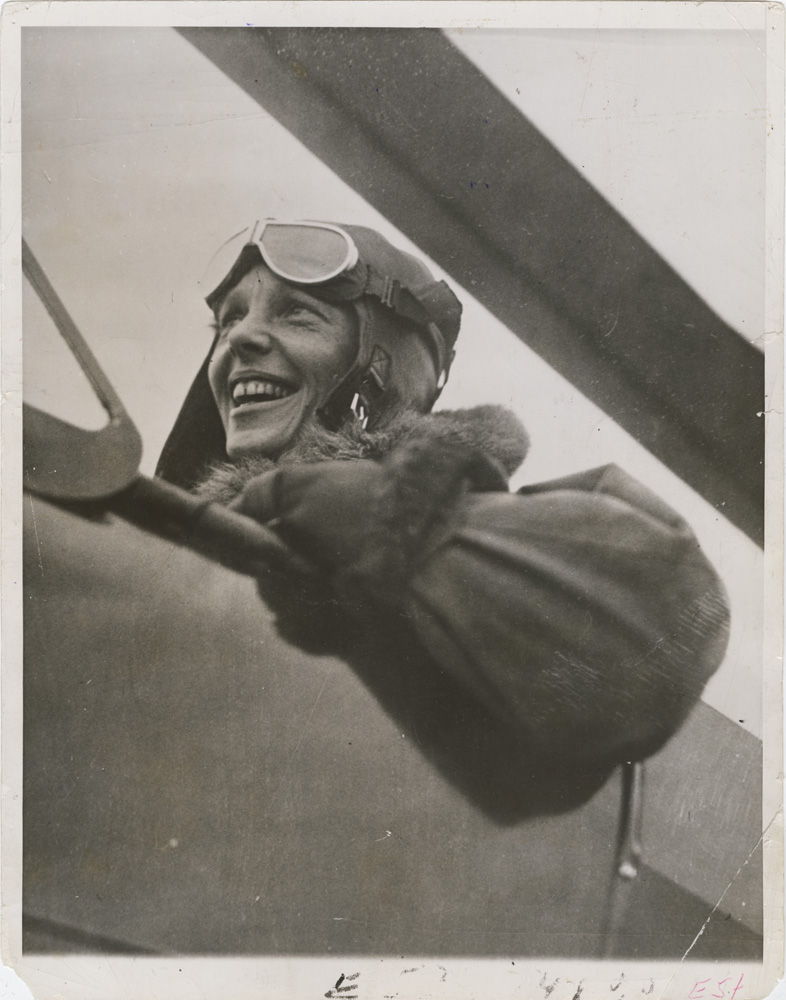 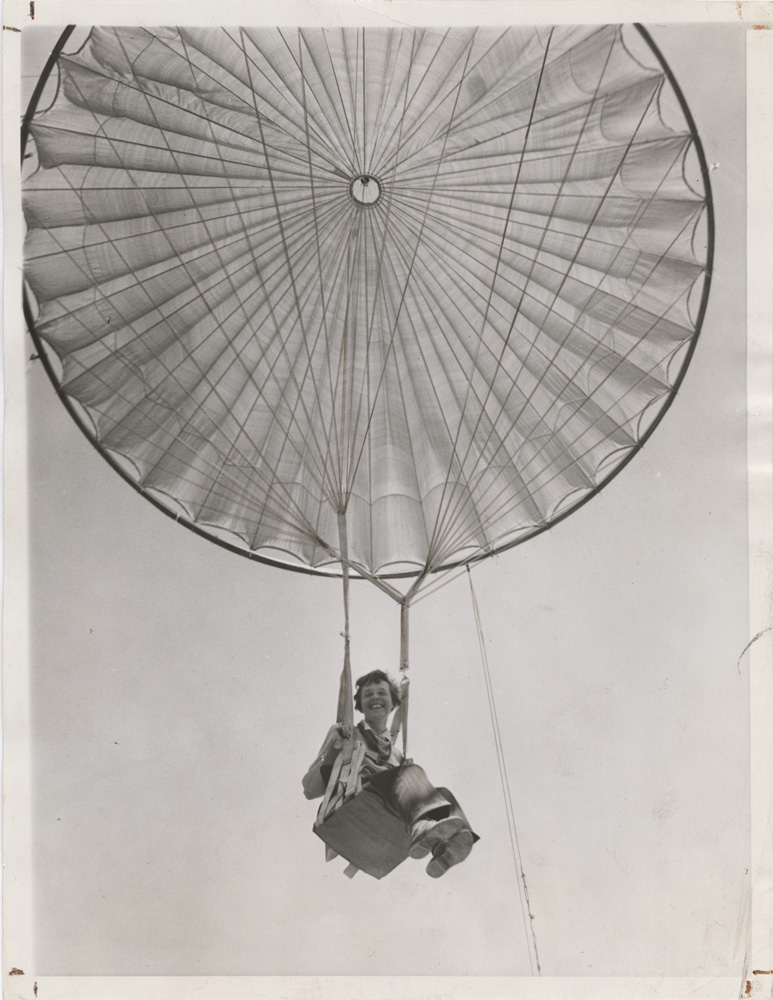 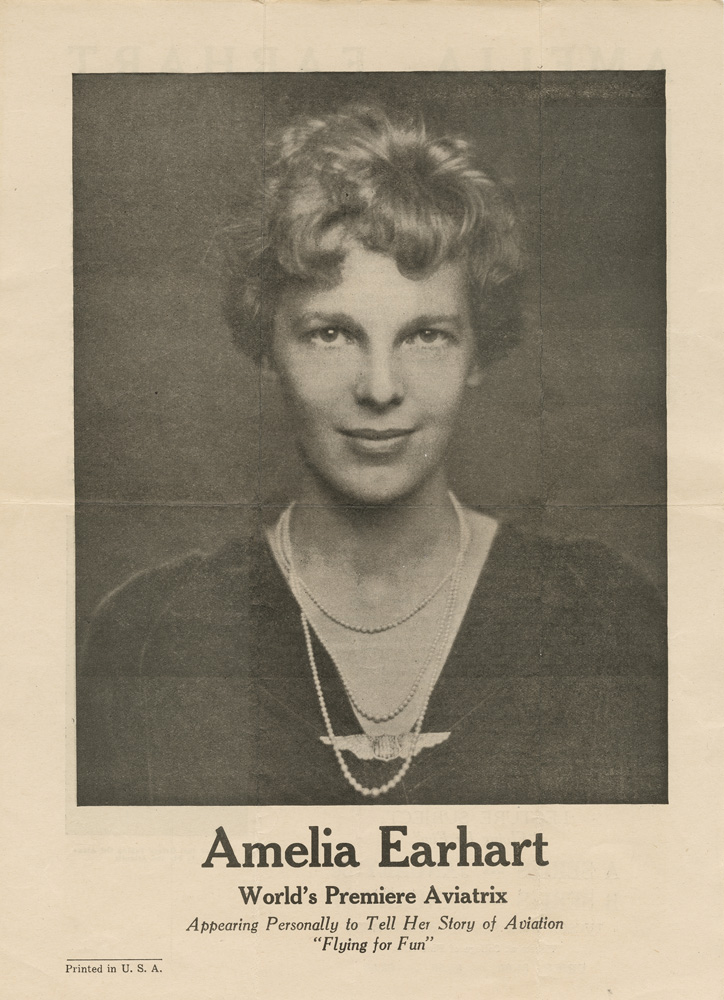 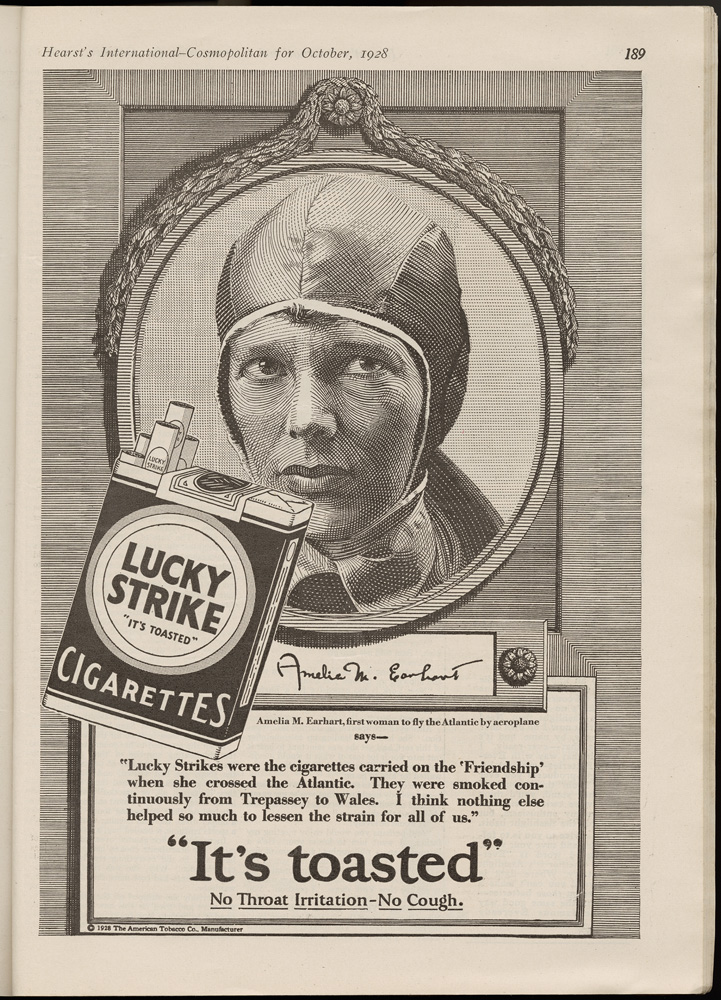 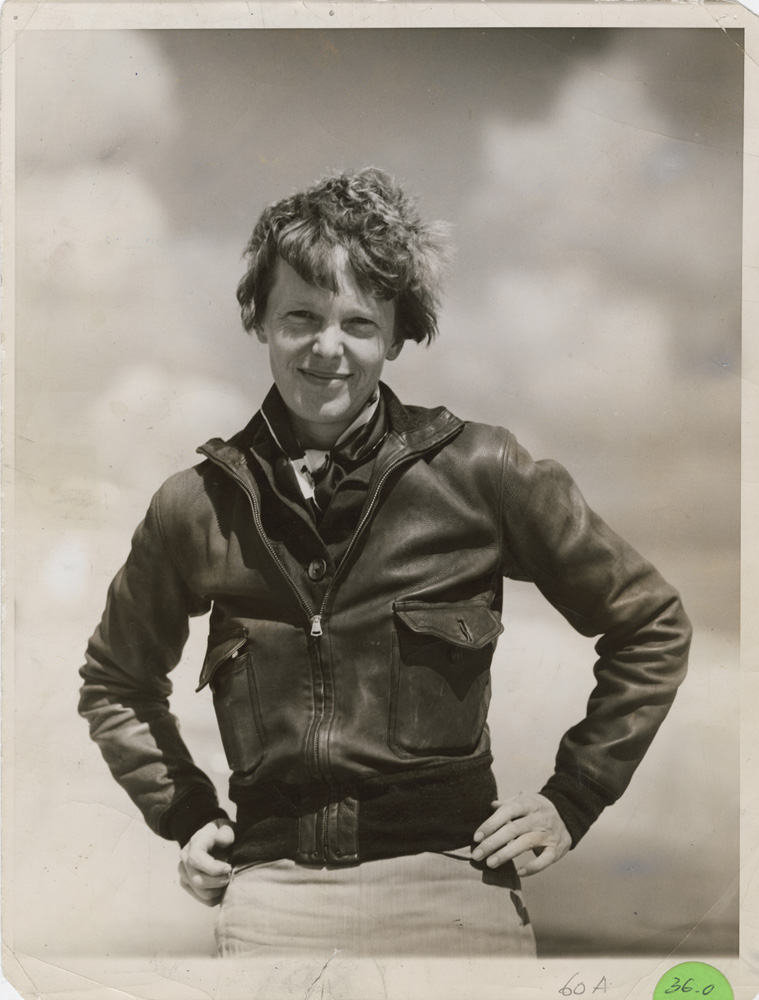 This exhibition will look at the role of photography and the media in the construction of the public persona of Amelia Earhart. The image of the famed aviator is as identifiable today as it was in 1937, the year her plane disappeared over the Pacific. In a time when aviators were glamorous symbols of adventure and modernity, Earhart was launched into instant celebrity, after being selected to be the first woman to fly across the Atlantic. Between 1928 and her disappearance in 1937, Earhart's singular image was frequently in the newspaper, covering her latest record-breaking flying exploits, or in illustrated magazines, profiling her forays into clothing designs or her endorsements for everything from cigarettes to luggage. Earhart, in turn, capitalized on the fame that her flying accomplishments brought her in order to champion the advancement of women and other causes about which she was passionate and outspoken. In her unconventional pants and leather jacket, she became the embodiment of the new roles that began to seem possible for American women in the 1920s and 30s. Through magazines, newspapers, and original press photos, the exhibition will trace the construction of Earhart's image and its continued resonance.

This exhibition is made possible with support from Ann L. Morse, Frank and Mary Ann Arisman, Thomas L. Chrystie and Eliza B. Chrystie, Andrew and Marina Lewin, and other donors.