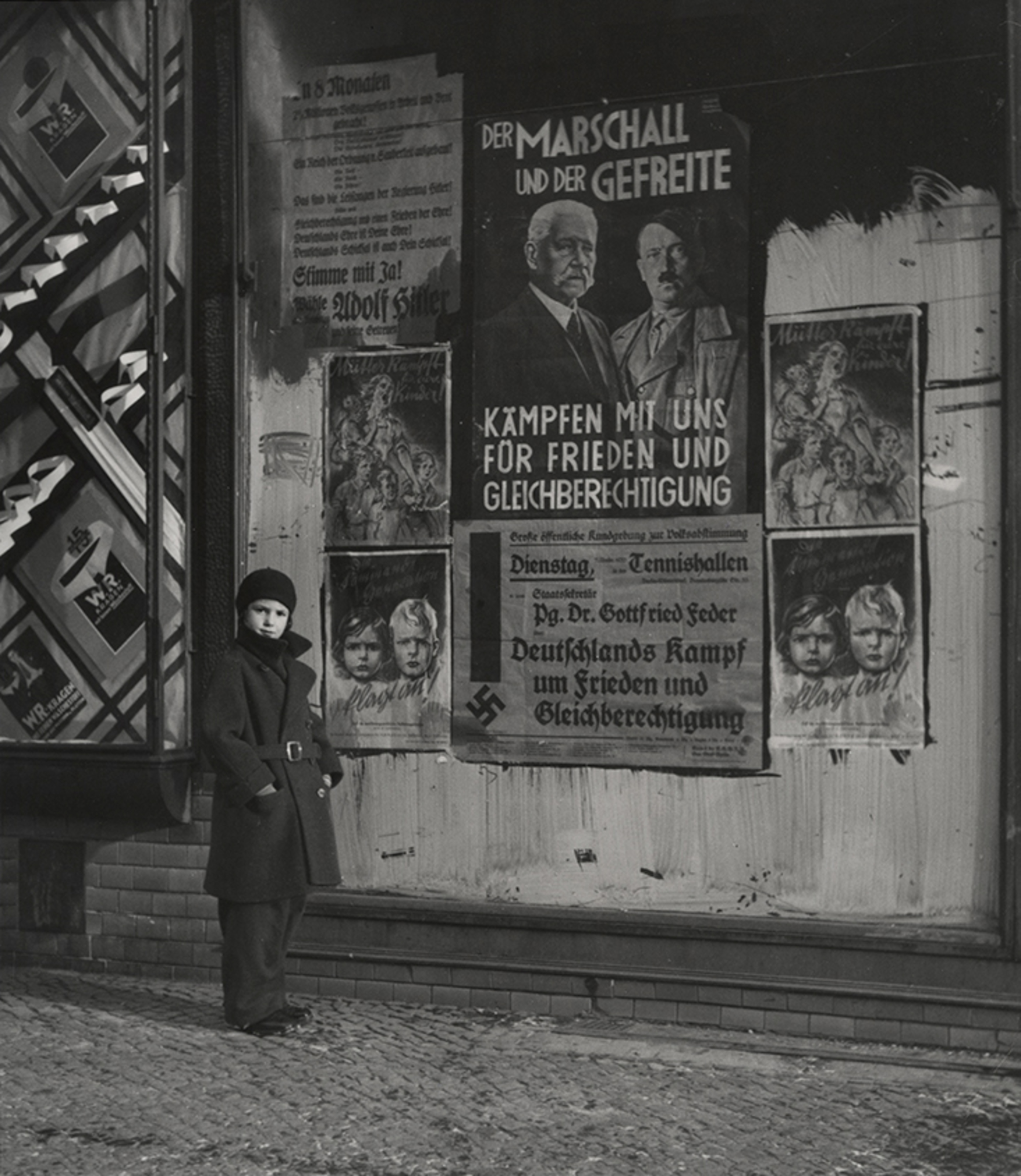 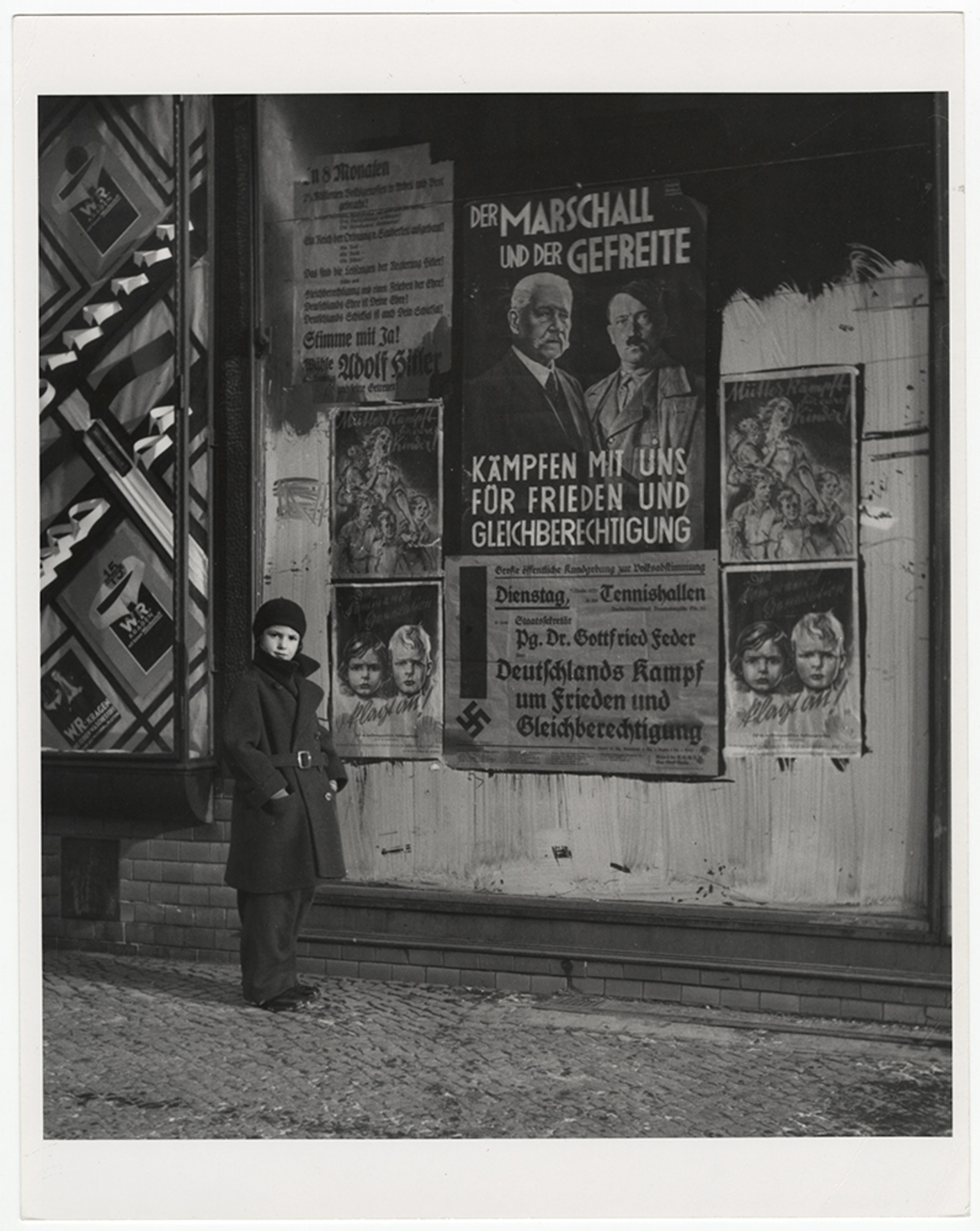 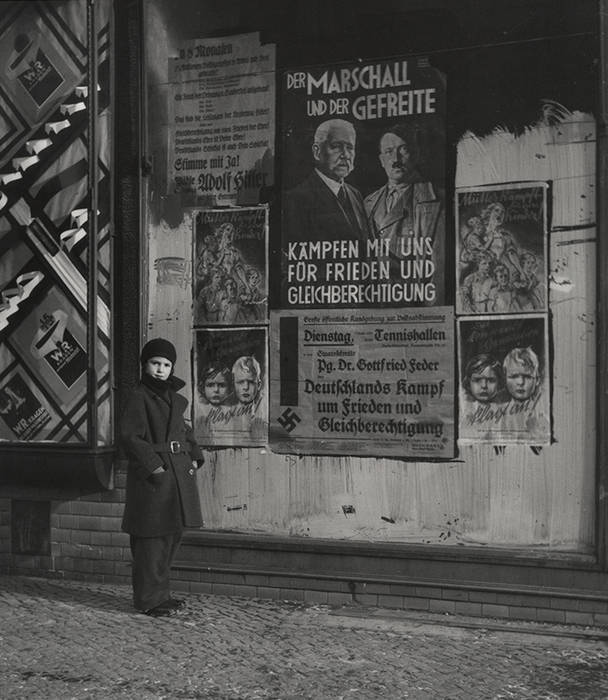 [Vishniac's daughter Mara posing in front of an election poster for Hindenburg and Hitler that reads "The Marshal and the Corporal: Fight with Us for Peace and Equal Rights," Wilmersdorf, Berlin]

Vishniac’s daughter Mara, age seven, was photographed standing in front of this 1933 poster celebrating Hitler’s recent appointment as German chancellor. The poster advertises a plebiscite to permit withdrawal from the League of Nations and Geneva Disarmament Conference, which restricted Germany’s ability to develop a military. Other posters include the slogans “Mothers, fight for your children!,” “The coming generation accuses you!,” and “In 8 months…2,250,000 countrymen able to put food on the table. Bolshevism destroyed. Sectionalism overcome. A kingdom and order of cleanliness built…Those are the achievements of Hitler’s rule…” 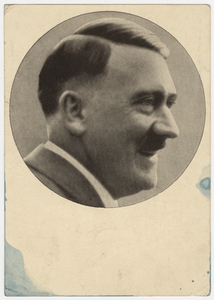 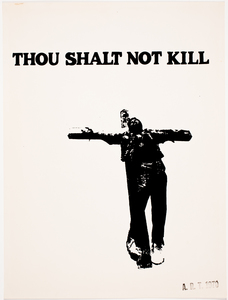 a.r.t. Thou Shalt Not Kill 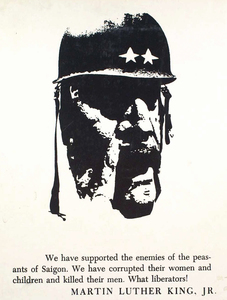 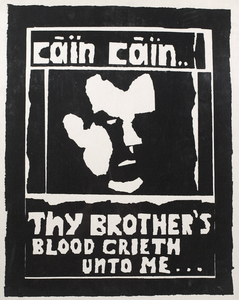 a.r.t. Cain-Cain
This website stores cookies on your computer. These cookies are used to collect information about how you interact with our website and allow us to remember you. We use this information in order to improve and customize your browsing experience and for analytics and metrics about our visitors both on this website and other media. To find out more about the cookies we use, see our Privacy Policy.
I Accept I Decline