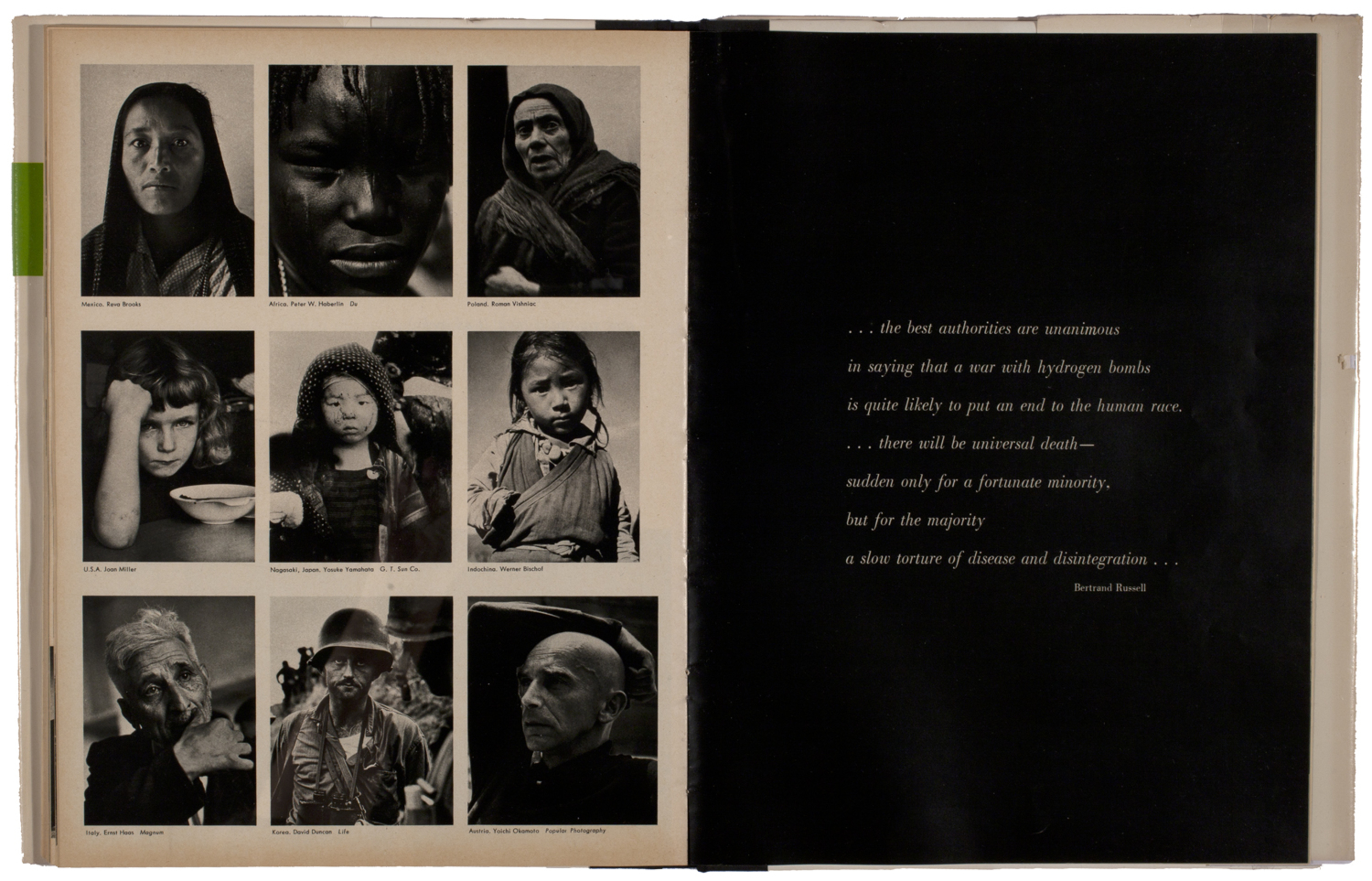 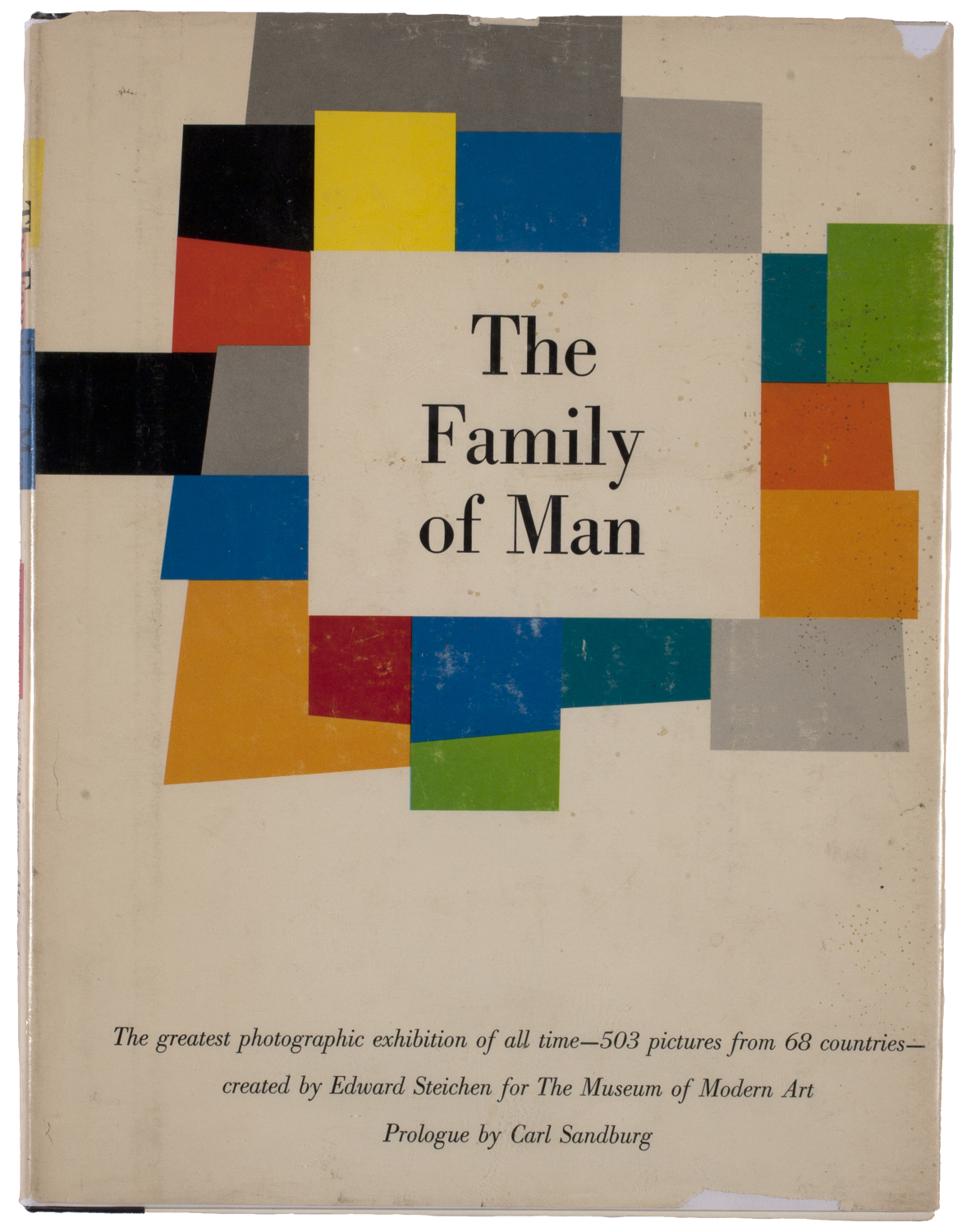 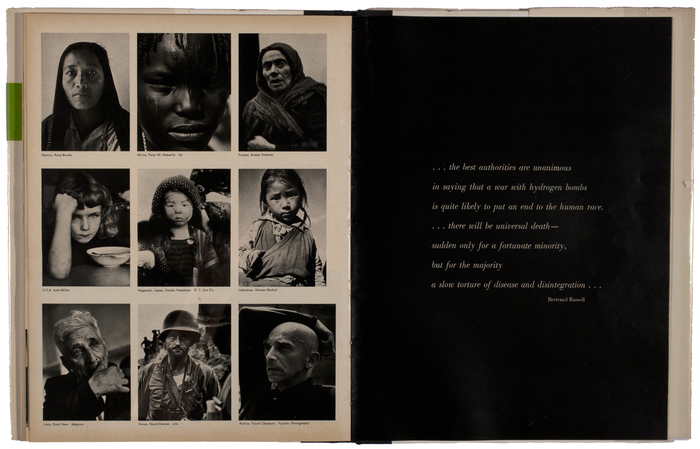 The Family of Man

Edward Steichen’s critically acclaimed 1955 exhibition and catalogue The Family of Man included three photographs by Vishniac, whose work was featured alongside the leading photographers of the twentieth century. The show opened at the Museum of Modern Art in New York and traveled internationally for nearly a decade.
This page juxtaposes nine portraits, including one by Vishniac of a woman looking for work in Warsaw, ca. 1935–38, with a quote by Bertrand Russell about the apocalyptic dangers of atomic bombs.
In July 1955, Vishniac was featured in a two-part New Yorker profile, “The Tiny Landscape,” which introduced his work as a scientist and photographer to American audiences. Portrait cartoons by New Yorker artist Abe Birnbaum appeared on the introductory page of both installments (below). 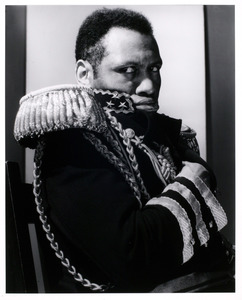 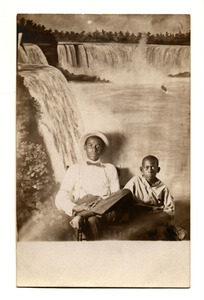 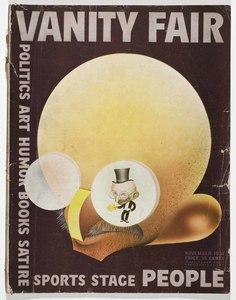 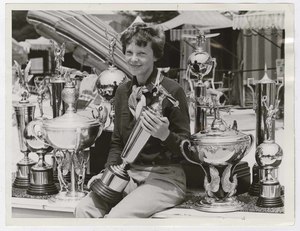 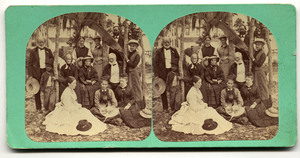 Unidentified [Group]
This website stores cookies on your computer. These cookies are used to collect information about how you interact with our website and allow us to remember you. We use this information in order to improve and customize your browsing experience and for analytics and metrics about our visitors both on this website and other media. To find out more about the cookies we use, see our Privacy Policy.
I Accept I Decline