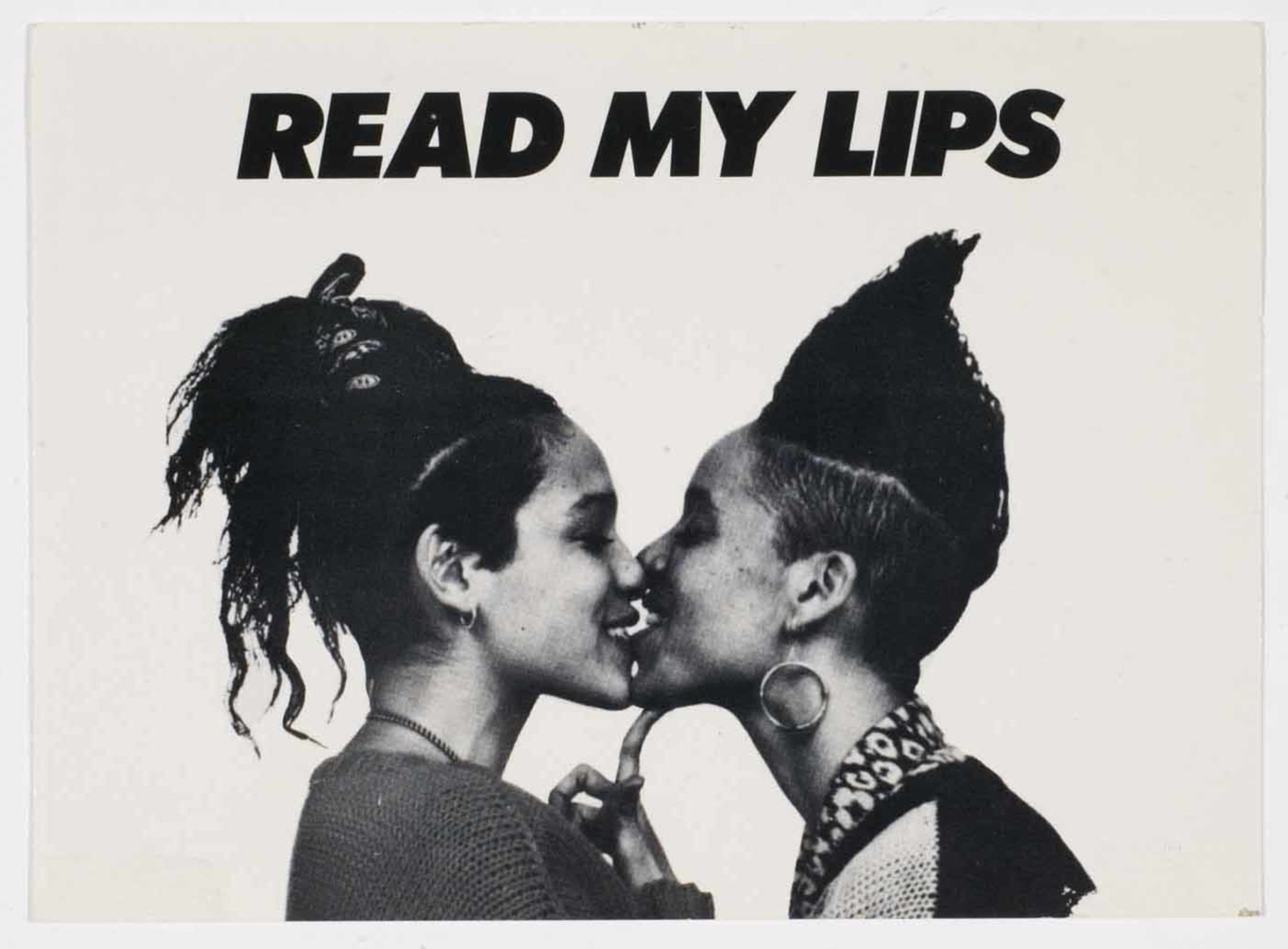 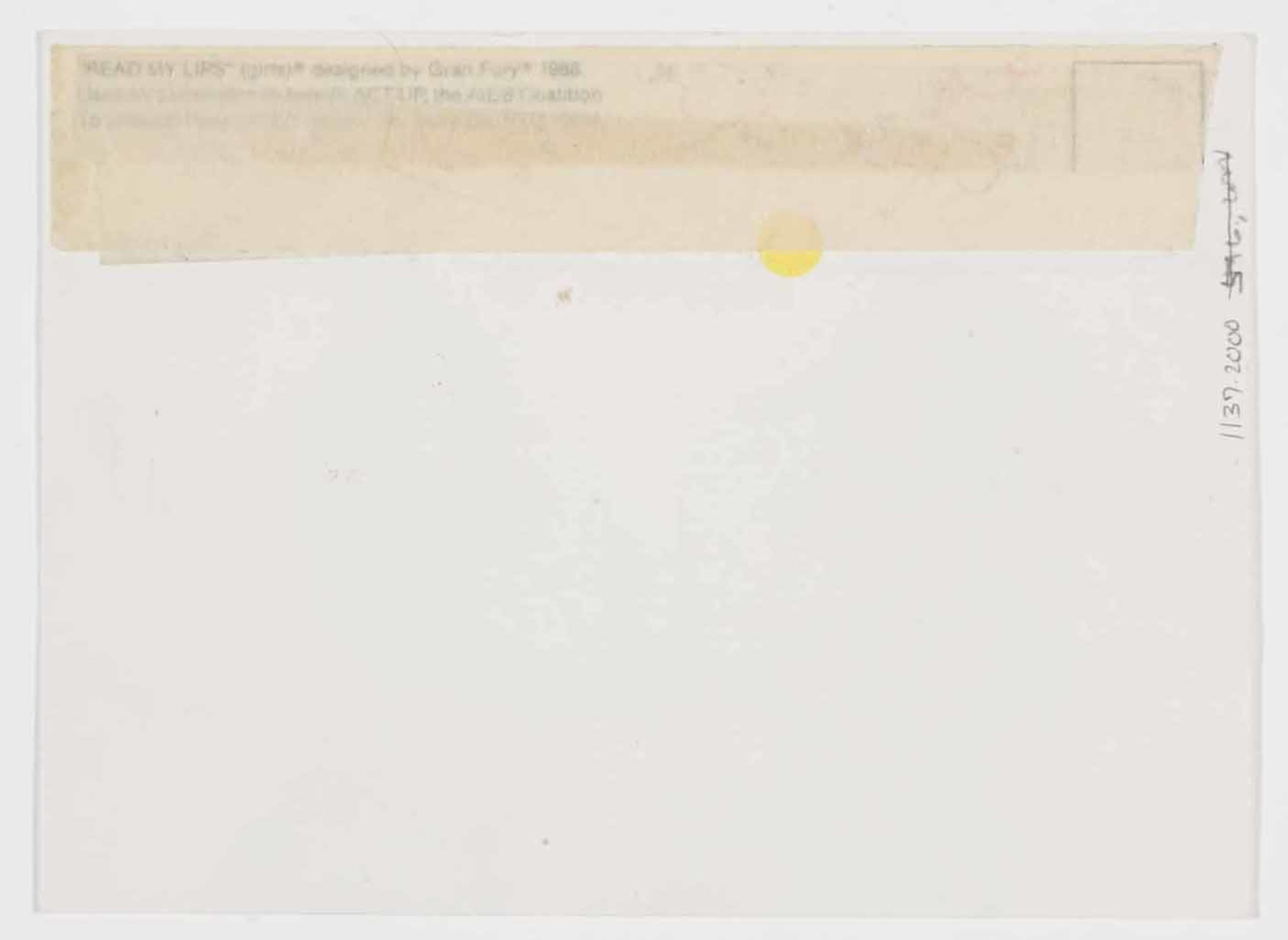 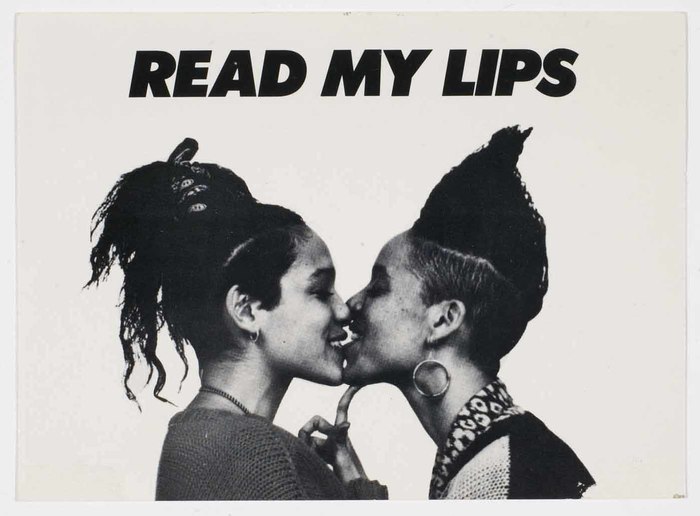 This postcard, produced for a nine-day nationwide protest in May 1988, was one of Gran Fury's earliest designs. The nationally-based AIDS Coalition to Network, Organize, and Win called for the demonstrations, but left decisions about the focus of the protests to local AIDS groups. One of the events organized by ACT UP was a same-sex kiss-in, meant as a challenge to homophobia. Gran Fury made a number of different posters, postcards, and T-shirts to publicize the spring action, including this photograph of two females kissing. A year later, the same image would be paired with the text: "Kissing Doesn't Kill: Greed and Indifference Do." 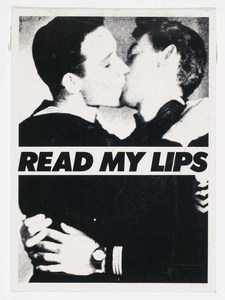 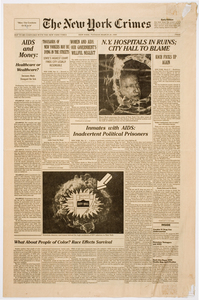 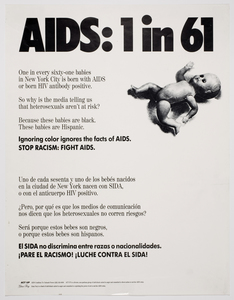 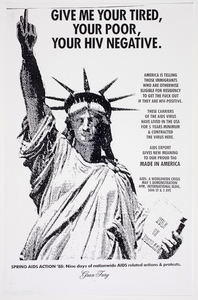 gran fury Give Me Your Tired, Your Poor, Your HIV Neg...
This website stores cookies on your computer. These cookies are used to collect information about how you interact with our website and allow us to remember you. We use this information in order to improve and customize your browsing experience and for analytics and metrics about our visitors both on this website and other media. To find out more about the cookies we use, see our Privacy Policy.
I Accept I Decline