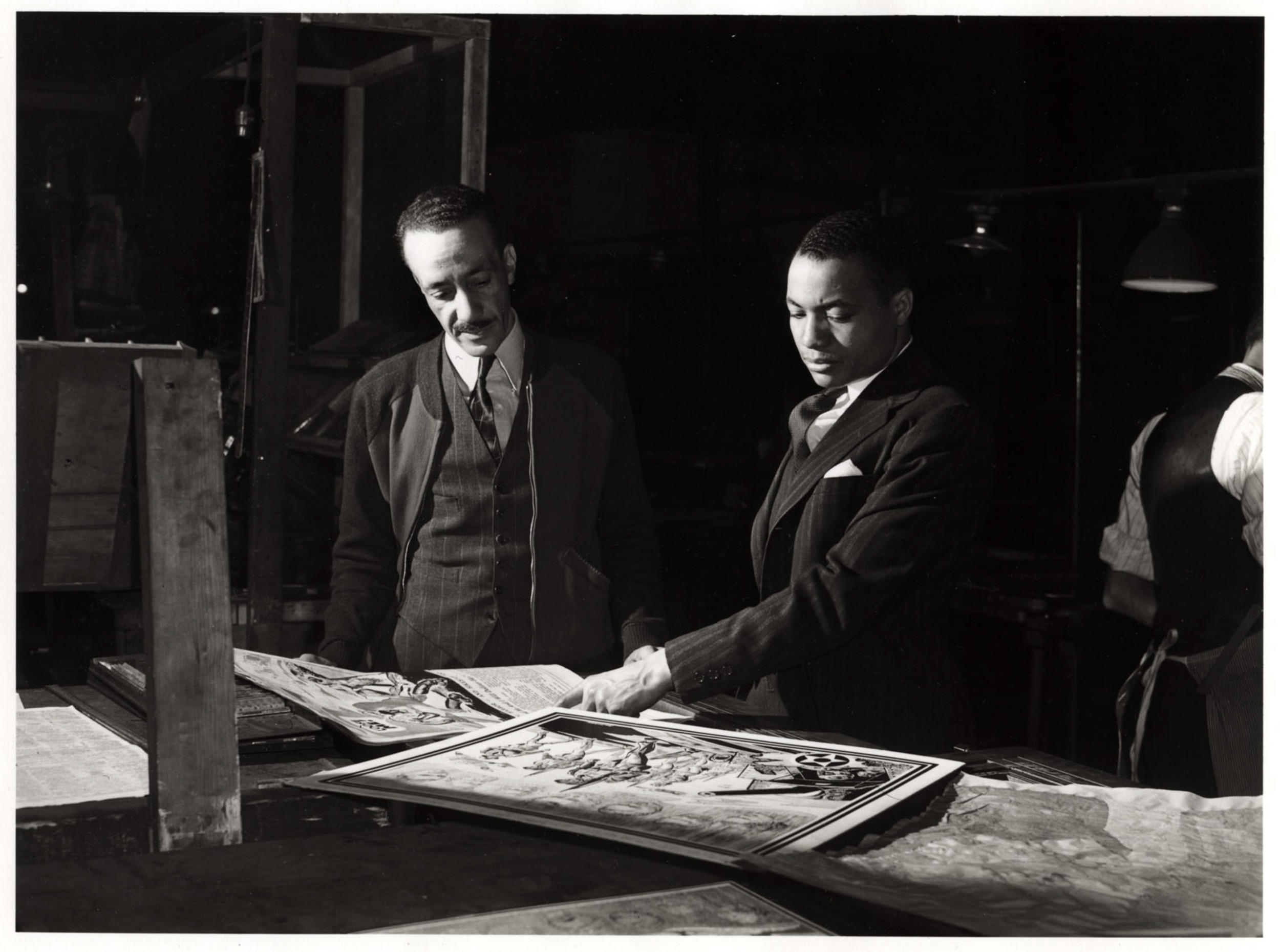 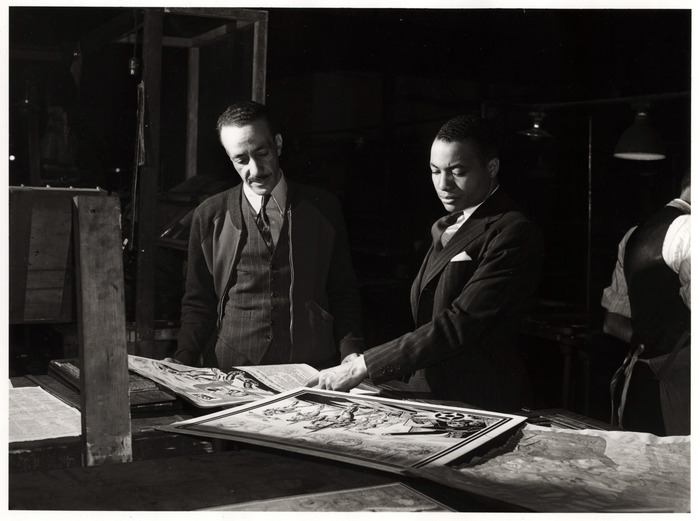 Mr. John Sengstack (right), part owner and general manager of the Chicago Defender, one of the leading Negro newspapers

The weekly Chicago Defender, founded by Robert S. Abbott in 1905, published national and metropolitan editions in the 1940s. Throughout the Great Migration, Abbott used the Defender to crusade against the injustices of the South and to encourage Southerners to come North.
Chicago in the 1930s and 1940s was the center of Black journalism in the U.s. Bronzeville's residents could choose their newspapers from among the Chicago Defender the Chicago edition of the Pittsburgh Courier, the Chicago Bee, the Chicago Whip, and several smaller community newspapers. All of these papers printed articles from the national Black wire services, Claude Barnett's widely respected Associated Negro Press, also a Chicago-based institution, and they served as recorders of the community's social, cultural, and intellectual life. 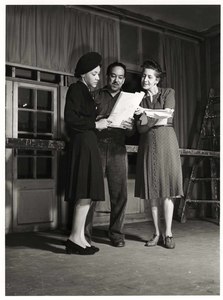 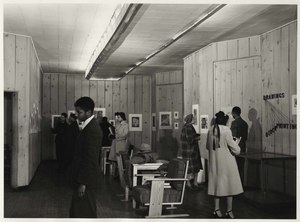 jack delano An art exhibition at the South Side Communi... 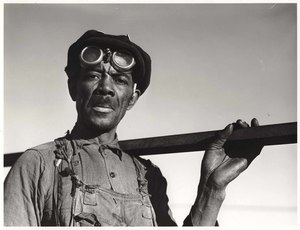 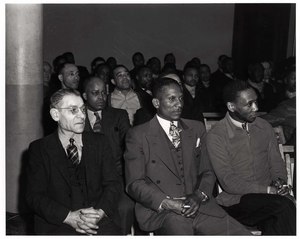 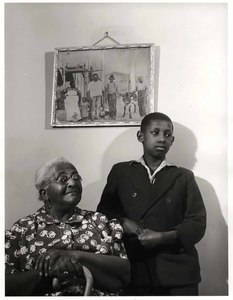 jack delano Mrs. Ella Patterson, 102 years old, the old...
This website stores cookies on your computer. These cookies are used to collect information about how you interact with our website and allow us to remember you. We use this information in order to improve and customize your browsing experience and for analytics and metrics about our visitors both on this website and other media. To find out more about the cookies we use, see our Privacy Policy.
I Accept I Decline