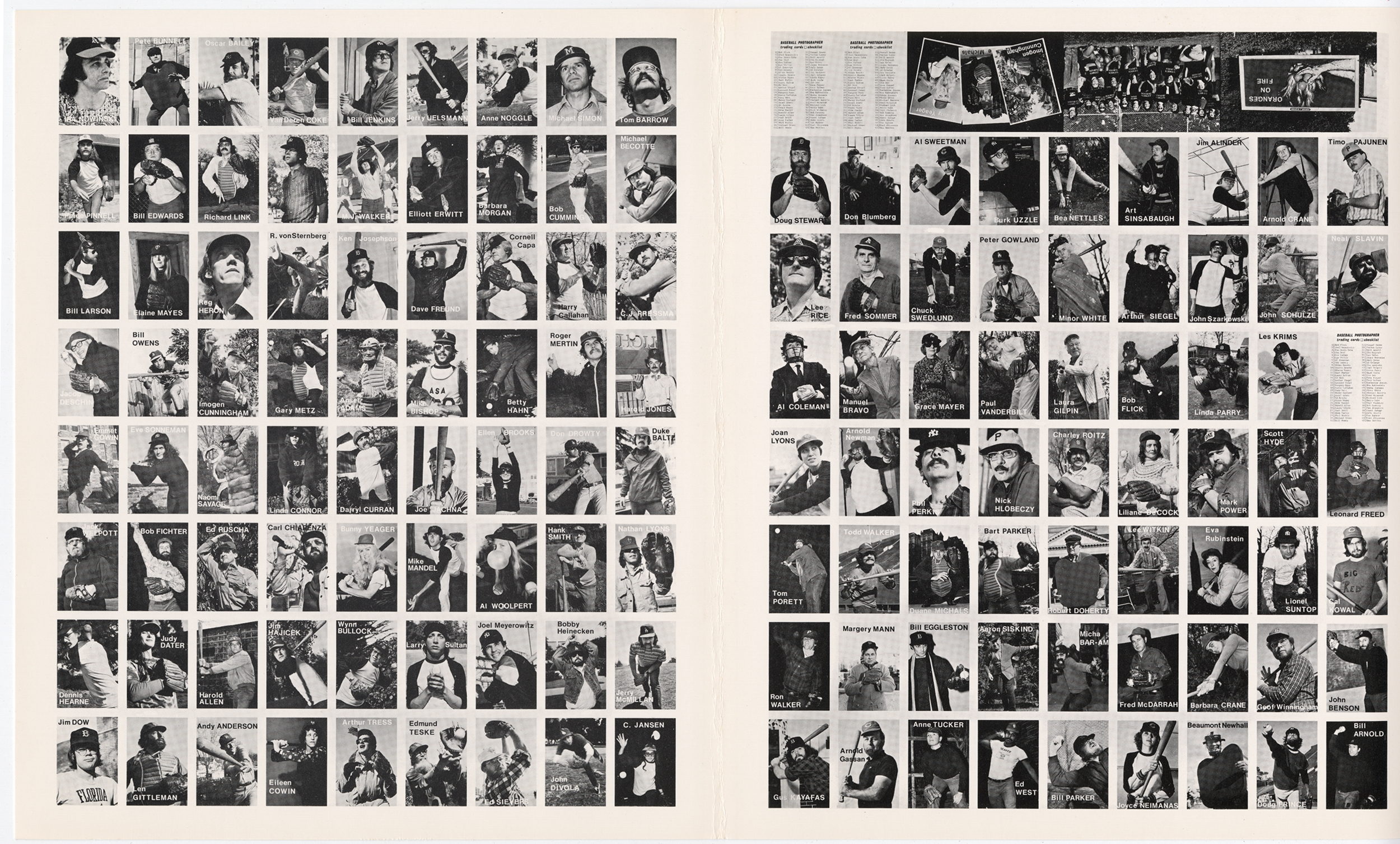 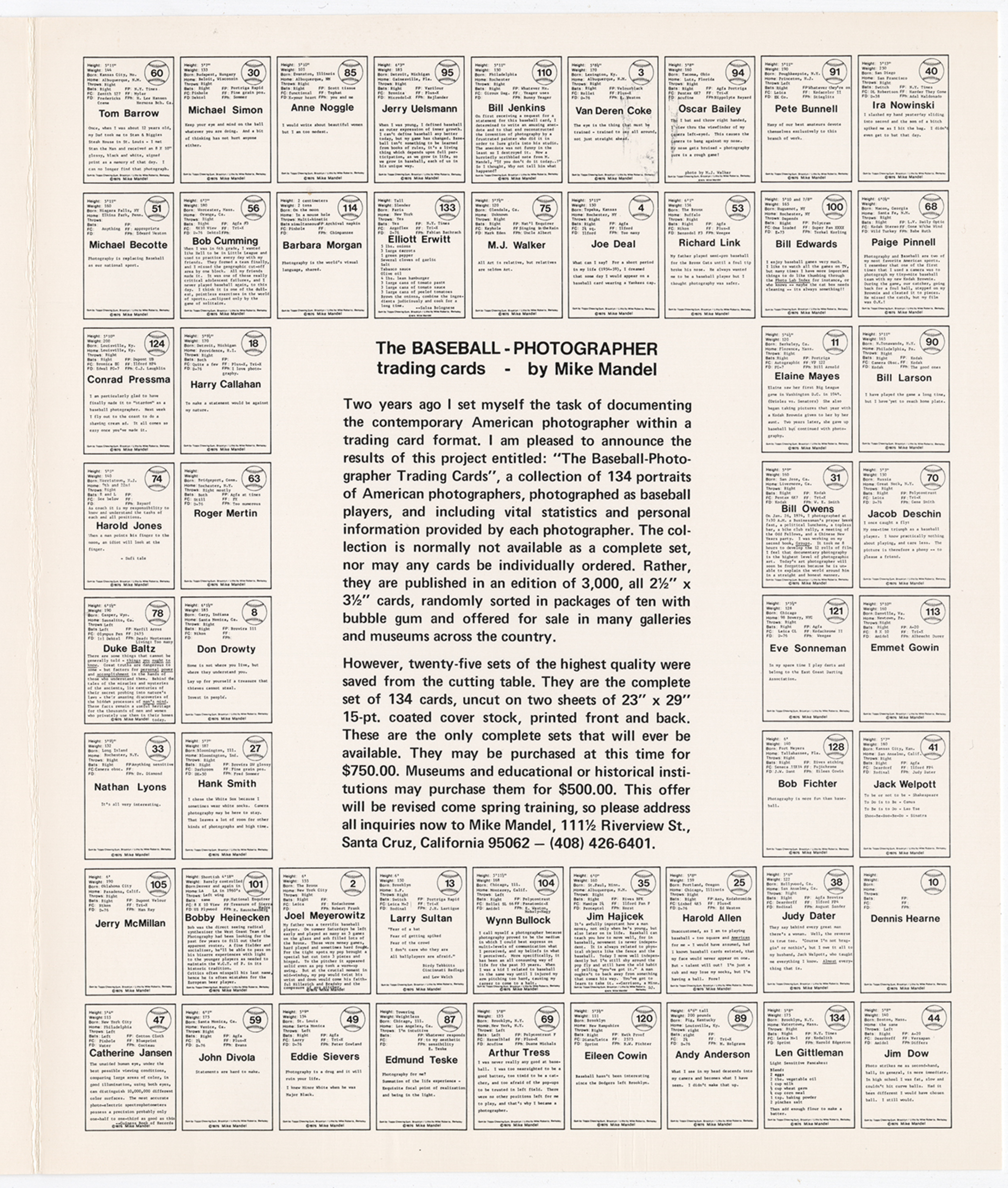 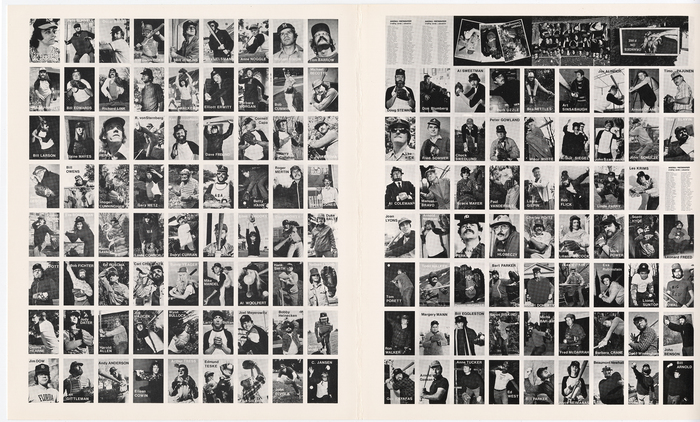 In 1975 Mike Mandel (also known for his groundbreaking collaboration with Larry Sultan, Evidence) traveled around the United States photographing major figures in the photographic community posed wearing baseball gear for his Baseball Photographer Trading Cards project. The resulting set of trading cards, complete with the players "statistics" on the back (favorite film, favorite developer, favorite paper etc.) were packaged in sets of ten and included a piece of bubble gum, just like real baseball cards. Intended to be collected and traded between fans, these photographic baseball cards were distributed to museums and galleries across the United States. Since the cards were packaged randomly, the only way to acquire the full set of 135 cards was to trade with other collectors. Originally conceived of as a satire about the commodification of photography by the art world and the mass media, these objects are now themselves quite valuable. 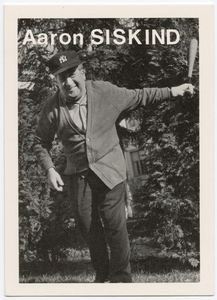 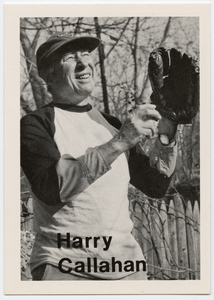 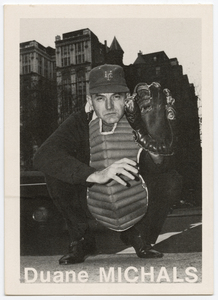 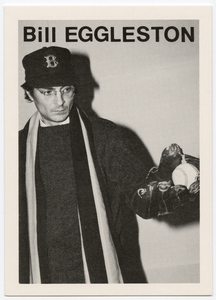 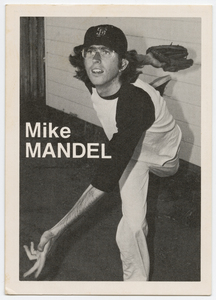 mike mandel Mike Mandel
This website stores cookies on your computer. These cookies are used to collect information about how you interact with our website and allow us to remember you. We use this information in order to improve and customize your browsing experience and for analytics and metrics about our visitors both on this website and other media. To find out more about the cookies we use, see our Privacy Policy.
I Accept I Decline