Invest in Marble and Granite | International Center of Photography
Join our mailing list
Stay updated on our latest news.
exhibition
But Still, It Turns: Recent Photography from the World
News
Engage with ICP from Anywhere
News
We Need Your Support
exhibition
#ICPConcerned: Global Images for Global Crisis
event
ICP Talks: Cheriss May on Documenting Democracy
event
ICP Talks: Mari Katayama on “Myself and the Others: Self-Portraits and this World”
Shop Become a Member Support ICP Subscribe Login
ICP's galleries are open for Photobook Festival Saturday and Sunday, May 21 and 22.
Feedback
Please explain how we can improve this archived object.
View Details
View Details 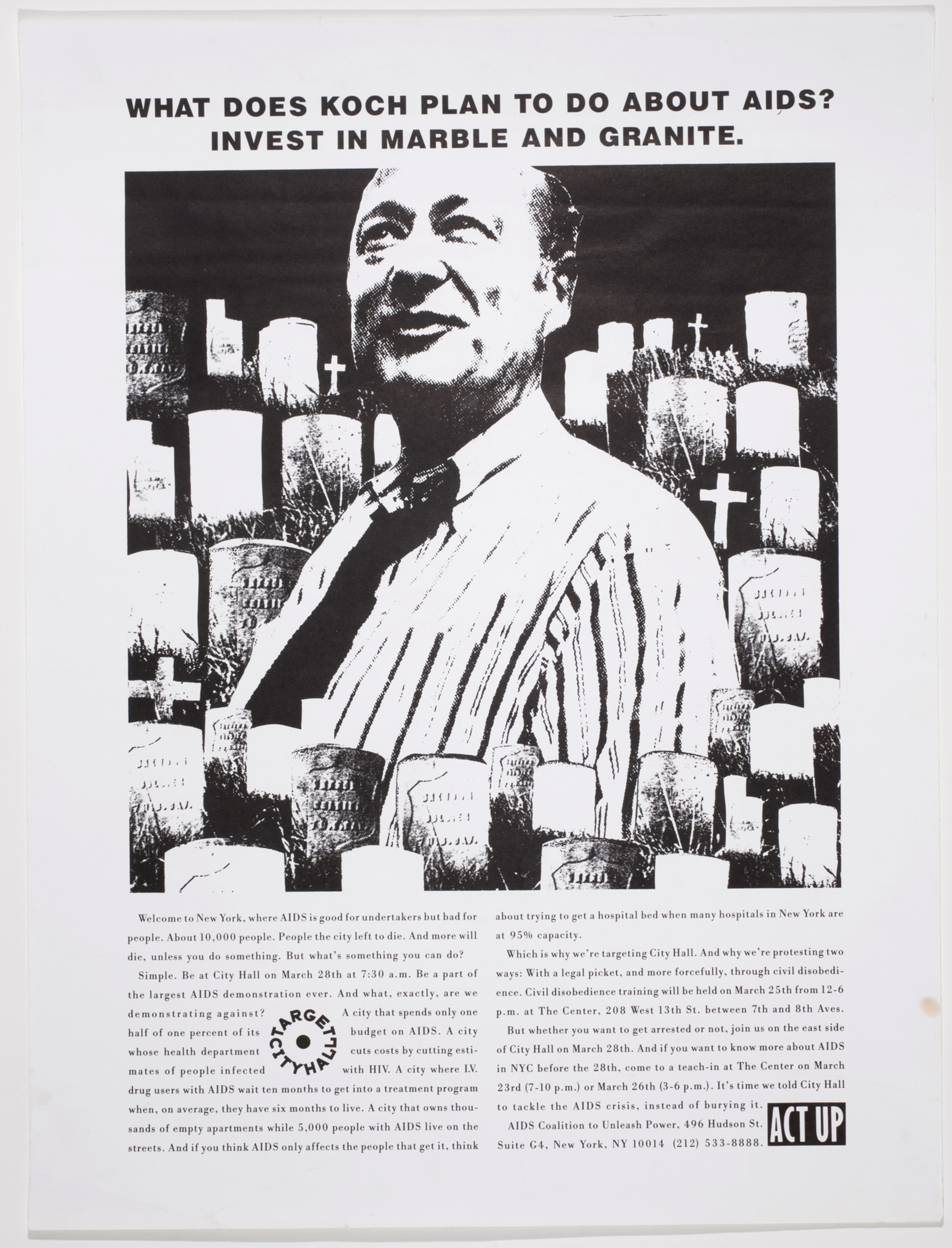 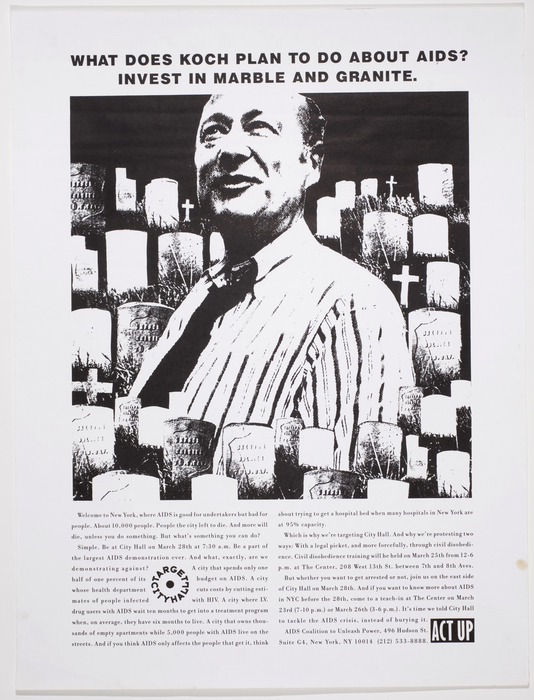 Invest in Marble and Granite

In 1989, a year after its first demonstration on Wall Street, ACT UP New York staged a protest that focused on local AIDS concerns. By then, nearly a decade after the start of the epidemic, AIDS had become the third leading cause of death in New York City. The mayor's office had put some measures in place to help treat people infected with HIV, but critics claimed these were too little and too late. ACT UP's "Target City Hall" demonstration was the first to address the city's mismanagement of the crisis. The poster's text conveys some of their concerns: the allocation of only half of one percent of the city's budget to AIDS, the long waiting time before drug users could enter treatment programs, the abundance of vacant apartments around the city while people with AIDS were living on the street, and the health department's reduction of infection estimates to cut costs. This poster is one of a number that ACT UP activists made to promote the protest. Their efforts were successful: on March 28, 1989, approximately 3,000 activists converged on City Hall to voice their concerns about the city government's response to the virus. 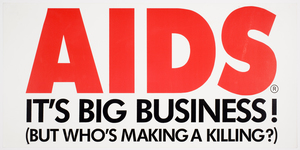 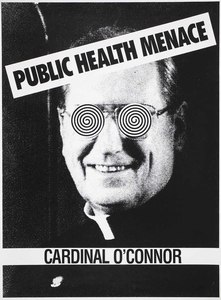 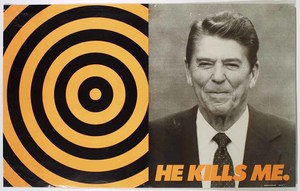 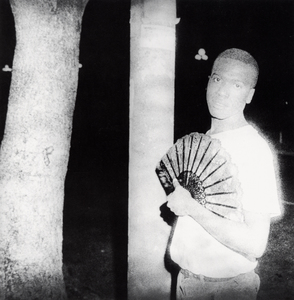 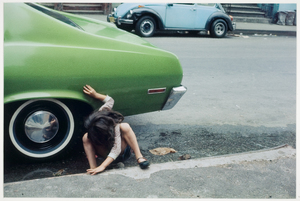 helen levitt New York
This website stores cookies on your computer. These cookies are used to collect information about how you interact with our website and allow us to remember you. We use this information in order to improve and customize your browsing experience and for analytics and metrics about our visitors both on this website and other media. To find out more about the cookies we use, see our Privacy Policy.
I Accept I Decline