Dallas, Texas | International Center of Photography
Join our mailing list
Stay updated on our latest news.
exhibition
But Still, It Turns: Recent Photography from the World
News
Engage with ICP from Anywhere
News
We Need Your Support
exhibition
#ICPConcerned: Global Images for Global Crisis
event
ICP Talks: Cheriss May on Documenting Democracy
event
ICP Talks: Mari Katayama on “Myself and the Others: Self-Portraits and this World”
Shop Become a Member Support ICP Subscribe Login
ICP's galleries are open for Photobook Festival Saturday and Sunday, May 21 and 22.
Feedback
Please explain how we can improve this archived object.
View Details
View Details 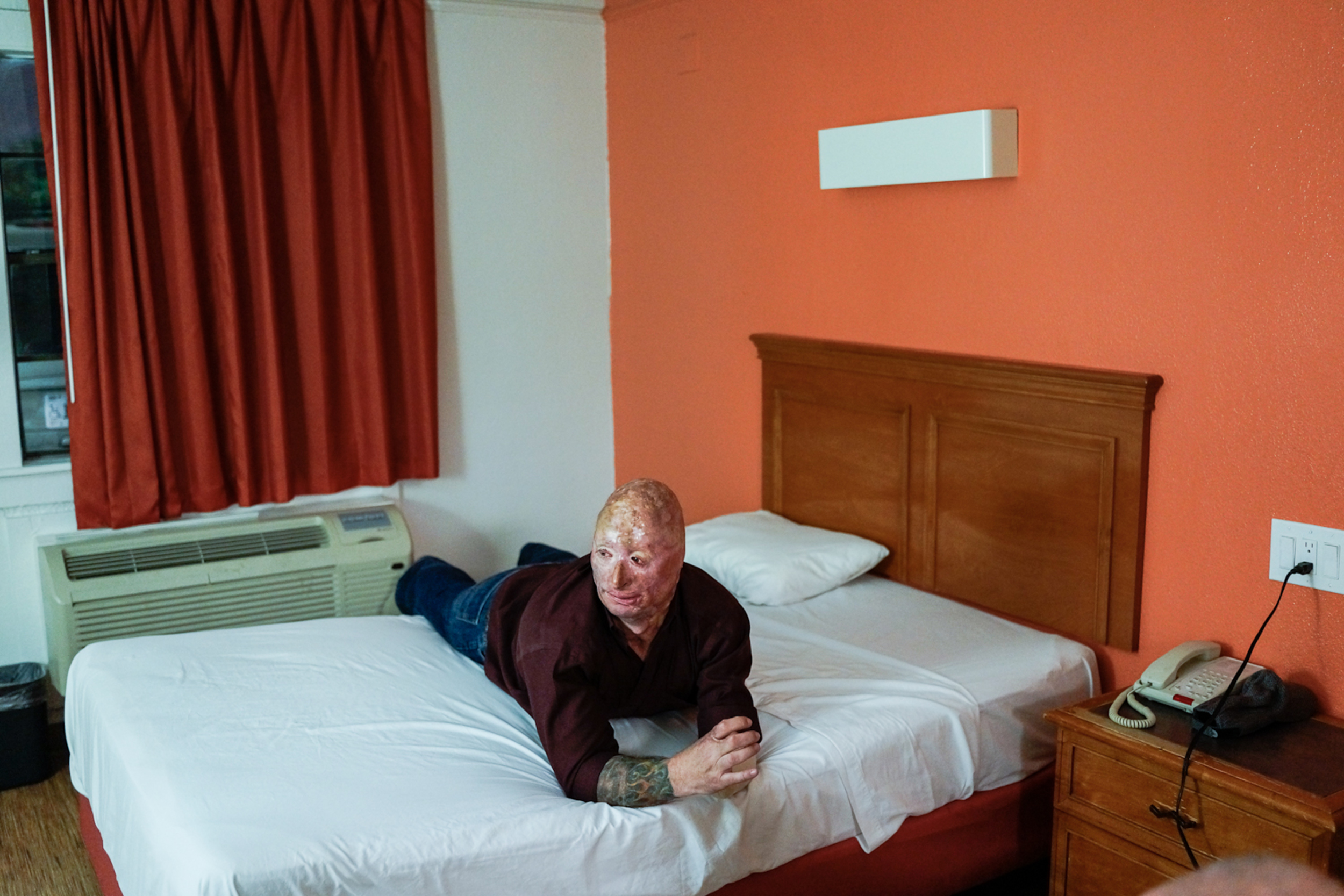 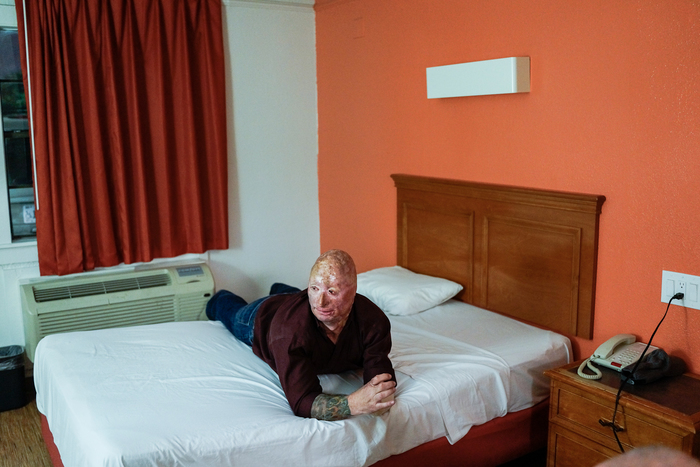 Bobby Henline, 41, in his Motel 6 room after performing his comedy routine. On April 7, 2007, three weeks after arriving in Iraq for his fourth tour, Bobby Henline’s Humvee was destroyed. Four other soldiers were killed and Bobby was burned over 38 percent of his body. He slipped into a coma. “I was on a giant iceberg at night. The stars were out. It was comfortable.” He recounts a vision he had while unconscious, “I heard voices telling me it was going to be ok. I thought I was in the judgment room and it was God telling me I was going to go back, that I had a mission, but it would be on his terms.” The early months in the hospital were a blur. He put nurses in headlocks. Over and over he sang, “How much wood could a woodchuck chuck if a woodchuck could chuck wood.” As he was going through rehab with other badly injured soldiers he tried to keep everyone’s spirits up by telling jokes. His therapist kept nagging him to try stand-up comedy. He attempted some hastily crafted material at an open-mic night and although it was a flop, he loved it. He wanted to create a space where people could engage with him about his burns, so he kept telling jokes. “I had a good time in Iraq but that last tour was a real blast. It took me four tours to realize my lucky number is three. “In about ten years I can go to my roast pre-cooked. On the fourth of July I always go to a fireworks stand. I run up real excited and ask them, ‘can you give me the same stuff as last year? It was great! The skin on my scalp burned off so the doctors replaced it with my stomach. When I eat too much I get headaches.” Bobby started providing comic relief for other burn survivors, greeting new patients at the Brooks Army Medical Center in San Antonio and regularly visiting a twelve-year-old burned as a toddler who had undergone dozens of horribly painful skin graft surgeries. Adjusting to life at home was harder. Bobby has three kids and has been married for twenty years. The kids had become used to him being gone. “They’ve changed, you’ve changed. You don’t want to jump back in and make decisions . . . In the Army you get so used to being told what to do. You have to live with a different mindset there that you can’t live with here. You need to let it go, but it’s so hard to turn off. PTSD [post-traumatic stress disorder] takes you back to that place. When you get home the kids want to jump on you, climb on you, and you feel like, "I can’t breathe, I can’t breathe. You get used to getting stared at and looking at yourself in the mirror. It becomes you. But there are days I don’t want to be stared at. . . . Still, I feel sexy.”
[Caption provided by Peter van Agtmael]

Gift of the Photographer to the W. Eugene Smith Legacy Collection 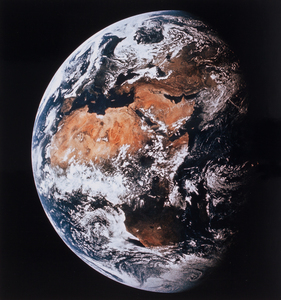 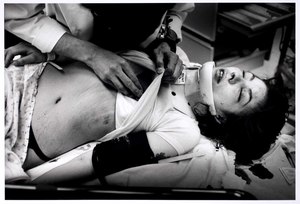 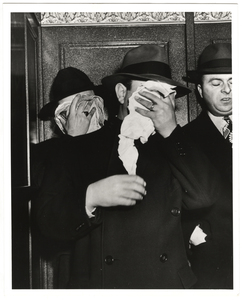 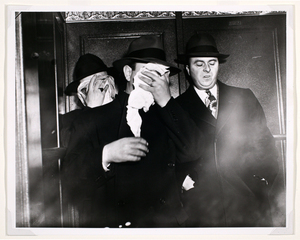 weegee [Henry Rosen and Harvey Stemmer arrested fo...
This website stores cookies on your computer. These cookies are used to collect information about how you interact with our website and allow us to remember you. We use this information in order to improve and customize your browsing experience and for analytics and metrics about our visitors both on this website and other media. To find out more about the cookies we use, see our Privacy Policy.
I Accept I Decline