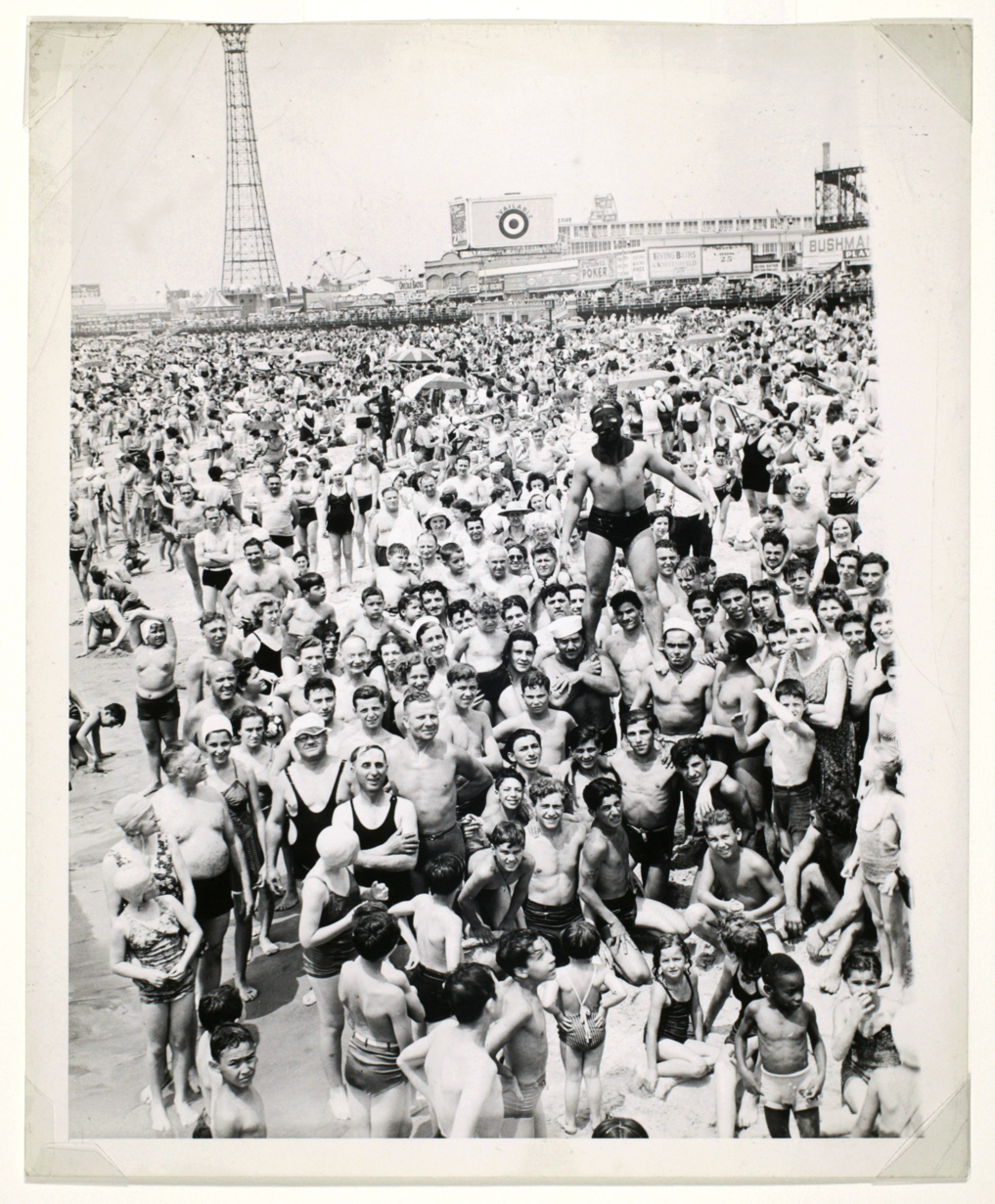 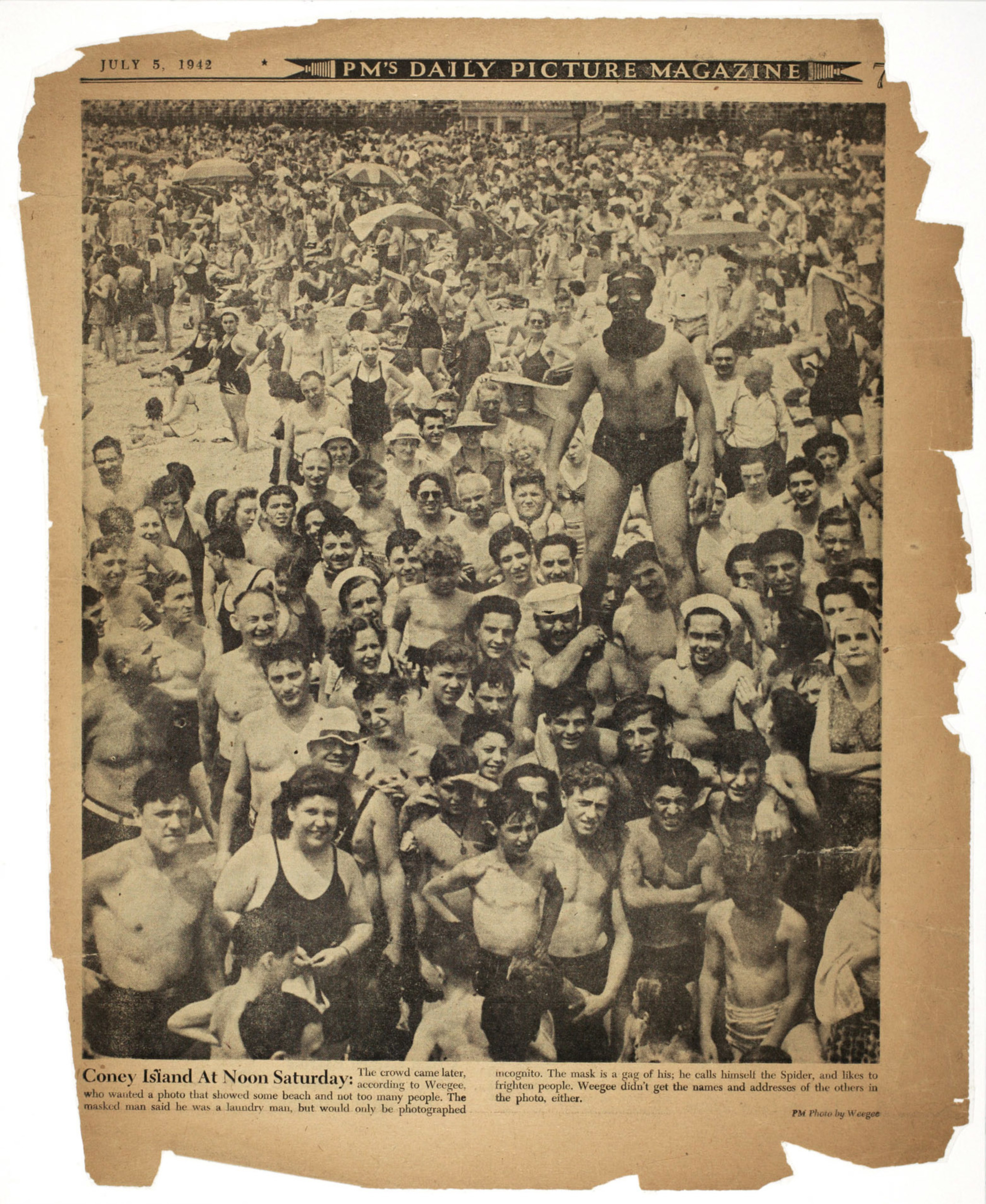 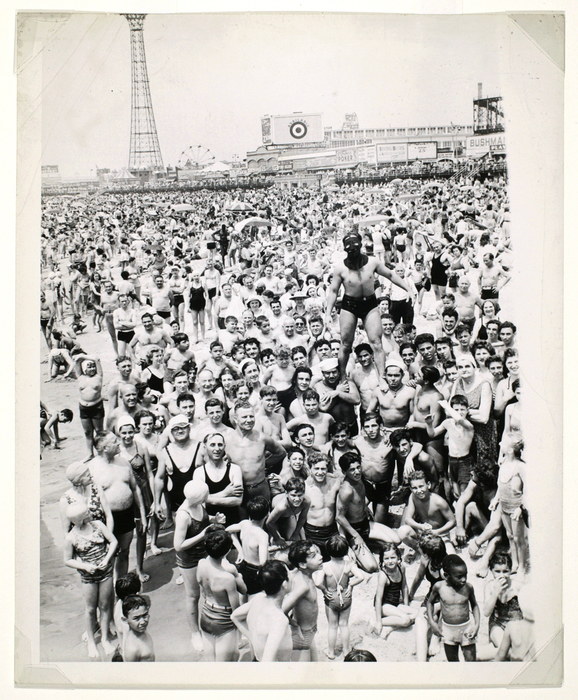 “The crowd came later, according to Weegee, who wanted a photo that showed some beach and not too many people. The masked man said he was a laundry man, but would only be photographed incognito. The mask is a gag of his; he calls himself the Spider, and likes to frighten people.” PM, July 5, 1942
Notes: Looking northwest, from Bushman Baths (on the far right) to the Ferris wheel at Steeplechase Park and the Parachute Jump, which was moved from the 1939 World’s Fair to Coney Island in 1940. 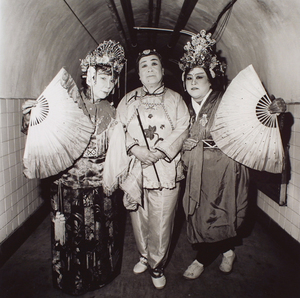 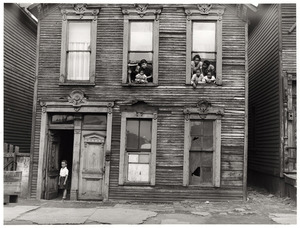 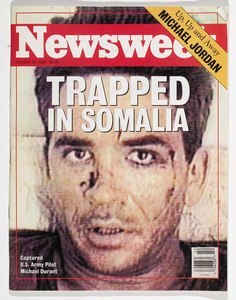 newsweek Newsweek
This website stores cookies on your computer. These cookies are used to collect information about how you interact with our website and allow us to remember you. We use this information in order to improve and customize your browsing experience and for analytics and metrics about our visitors both on this website and other media. To find out more about the cookies we use, see our Privacy Policy.
I Accept I Decline